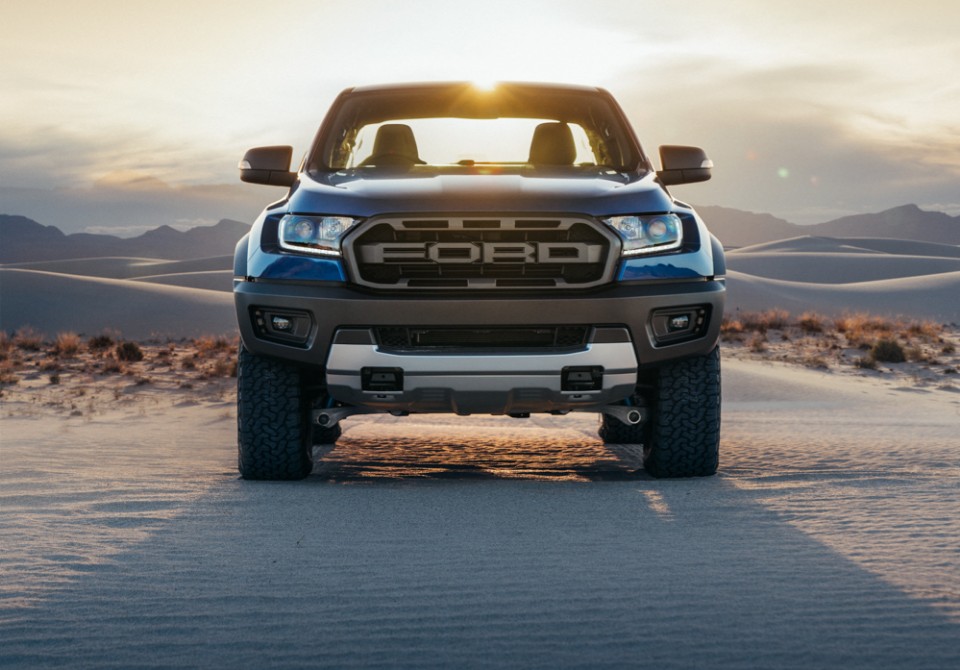 75 ‘big ones’ for range-topping Raptor

If Ford’s new Raptor version of the Ranger utility doesn’t take your breath away, the price surely will . . .

Ford has revealed Raptor when it gets here later in the year will be priced from a recommended $74,990 before on-roads.

“We’re unbelievably excited and delighted to be able to confirm that the Ranger Raptor is coming to Australia in 2018,” Ford CEO, Graeme Whickman, said.

Whickham’s probably also excited about the extra money they’ll make out of the best selling ute, which currently tops out at $60K for the Wildtrak.

So what does the Raptor offer that the Wildtrak doesn’t?

Whickham says it’s been developed for customers who desire a pick-up truck that delivers an unmistakably unique statement.

It’s made for off-road enthusiasts who appreciate an outdoor lifestyle and seek out the most extreme terrain, demanding an authentic, truly capable vehicle that’s a cut above other off-roaders.

“It’s clear that there’s an appetite for a performance pick-up, and we’ve worked hard to deliver something that fits the bill as a genuine performance product,” he said.

“The Ranger Raptor is the real deal: its unique engineering and performance aspects make it unlike any other Ranger – or any other truck on sale, for that matter.”

Raptor will be offered in one single spec, with an all-new powertrain, advanced suspension and unmatched capability.

It’s powered by a new-generation twin turbo diesel that produces 157kW/500Nm through a 10-speed automatic with magnesium paddle shifters for high performance capability.

The current model produces 147kW and 470Nm and is paired with a 6-speed.

Raptor also comes with six terrain settings including a new ‘Baja’ mode, that’s exclusive to this model, and offers the ultimate off-road performance.

It also introduces some new convenience features such as smart keyless entry, push-button start as well as a power tailgate lock.

Inside you’ll find exclusive leather-accented bucket seats, a unique instrument cluster with its own start-up display behind a Raptor-embossed steering wheel with competition-spec ‘straight ahead’ marking.

Given that many buyers spend $20,000 or more optioning up their Rangers already — not all of which goes into Ford’s coffers — maybe they’ve got good reason to rub their hands in anticipation?