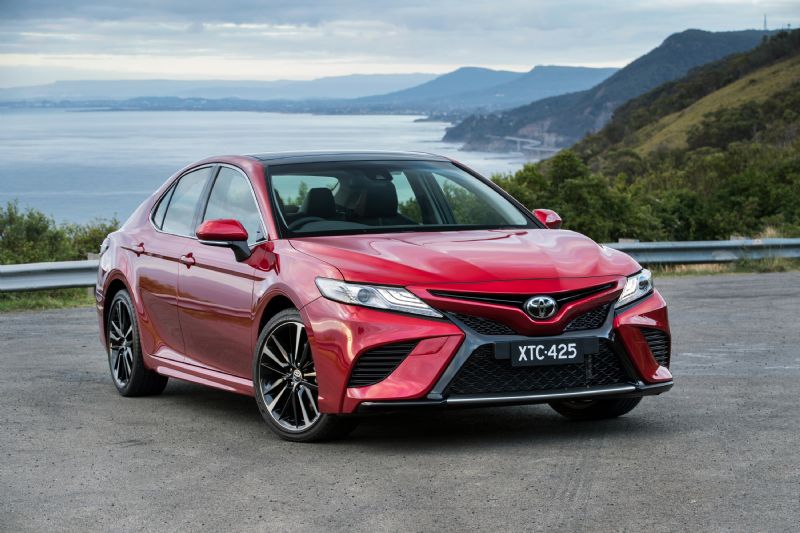 Building stuff with Lego is fun and Toyota takes it to a whole new level with a full size model of the Camry made entirely of Lego bricks.

Kids and car lovers of all ages will be able to see the model take shape when it goes on display at the Brickman Awesome exhibition next month in Melbourne.

The special project, which will require at least half a million bricks, is in the capable hands of Ryan McNaught, the only Lego certified professional in the southern hemisphere and one of only 14 in the world.

McNaught, aka the Brickman, said: Melburnians are in for an absolute treat.

“I’m a bit of a car fanatic myself so I’m delighted that we have partnered with Toyota to build a Lego version of their latest model,” he said.

“The build process is in full swing at the moment. The model is so big that we’ve had to make sure we actually have enough Lego bricks.”

Toyota Australia’s design chief Nicolas Hogios said the project will provide a fun and interactive way for families to experience the all-new Camry.

“It has been fascinating to observe how Ryan has approached the build,” Mr Hogios said. “While condensed into a much shorter time, many of his processes align with our own design approach – moving from an idea sketch, to modelling, to final assembly.”

The real Camry has about 30,000 individual components, counting every part down to the smallest screw — but that’s a fraction of the number of bricks that will be used for the Lego model.

Toyota a detailed process that includes stamping panels, welding, painting, assembly and inspections. The Lego Camry is expected to take 800 hours to assemble – and there’s no need for welding as the bricks are interlocking.

Toyota makes about 2500 Camrys around the world every day and it takes about 17-18 hours to make a single car.

Tickets can be purchased from 2pm March 1 at www.ticketek.com.au

Terminator robots just a hop, skip and jump away