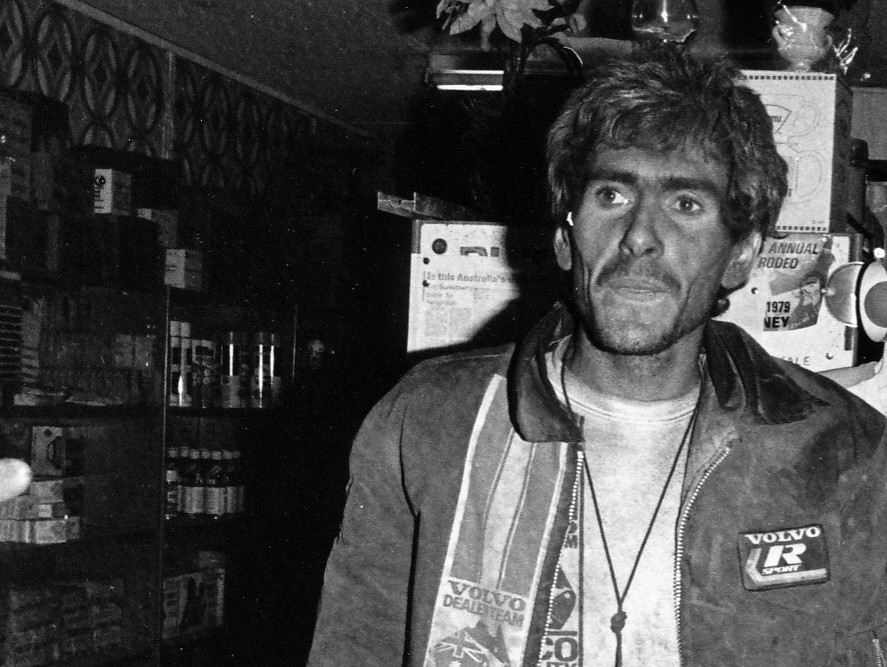 It’s hard to believe. Forty years ago this week, a crazy, crunching, dusty adventure-cum-contest known as the Repco Round Australia Reliability Trial began at the Melbourne Showgrounds.

That chilly afternoon, 167 cars and their expectant crews set forth, some naively on what they thought would be two weeks of fun and discovery.

Instead they got the toughest road (a term I use loosely) event ever staged.

He devised a brutal time schedule that would challenge well-funded professional teams and artless privateers alike.

Only two-wheeled drive cars were eligible, upping the degree of difficulty.

A big brother of earlier trials like the Redex, Ampol and Mobilgas, the Repco was always intended to be the one everyone would remember as being the biggest, baddest and meanest of the long-distance challenges held in Australia — and, in the face of growing social and bureaucratic pressures, probably the last great marathon.

The media gave it a huge run. Major newspapers and TV networks followed every bumpy kilometre.

The competition varied from a few innocent privateers who thought a nice sightseeing drive around Australia might be a pleasant way to escape the southern winter, through to some menacing, gun factory squads from Holden, Ford and Audi of Germany and a disjointed multi-car effort by assorted Volvo dealers.

Between these two extremes were old semi-pro rally regulars and gals and blokes who saw a mountain to climb.

This was the car I co-drove. Remarkably, our navigator Geoff Jones was signed on not long before the start.

Ross and I met him just three hours before the fun began. Miraculously we gelled. There was very little aggro even though we were cooped up in a 244 for a fortnight, inevitably dog-tired and under pressure.

Our Volvo was still being bolted together at the start line.  A Halda navigational instrument was last to go in. Another precious addition was a Smokey Patrol radar detector.

The car was built like the proverbial outhouse.  Its only real weakness was a voracious appetite for Bilstein shocks — a life of 10 minutes was the record.

Gelignite Jack, a legend of this type of motoring competition and winner of the ’54 Redex Trial, remarked incredulously afterwards: “I’ve been around Australia 13 times and they [the organisers] found roads – or tracks – I didn’t even know existed.

In all 337 gates were listed to be encountered by competitors. The official edict: “leave them as you find ‘em.”

Some maliciously used pliers and fencing wire to ensure the following crew had a tough time getting them open.

One gate nearly ended my trial early and subsequently became fodder for Dunkerton’s ribald after-dinner speeches. Eating dust behind a Datsun in the inky darkness somewhere in South Australia, Ross had made two unsuccessful lunges at overtaking when the rival car stopped to open and close gates.

Each time they closed the opening just as we loomed large. At the third attempt, Ross zeroed in on the fast-reducing hole as the rival navigator swung the gate closed. The Volvo propped, and wriggled by — now ahead of the Datsun.

Half a kilometre down the track, Ross and Geoff discovered a minor discrepancy. Co-driver McKay was missing. I’d thoughtfully jumped out to close the gate. It must have been tempting to leave me there, but they did return to gather me up.

The Holden team’s wealthy Kenyan import Shekhar Mehta was unhappy with gate opening/closing duties. “But I have a black boy back home who does that,” he protested, half smiling.

Our misadventures came along quite regularly. But somehow we kept getting lucky.  A fire in the boot was smothered by my expensive rally jacket.

The punishing 516km Kununurra stage brought a litany of issues. We replaced a fuel pump- but still had fuel feed problems so Geoff had to nurse a jerry can of petrol with a hose linked straight into the carbies.

A huge rock then took out two nearside tyres and tore out a tie-rod end. Amazing what hammer and welding wire can do.

But we were out of spare rubber, and ran into a bush control on a rapidly diminishing rim. A spare rim and fattie bought from a well lubricated spectator got us out of trouble too, but only after Ross fashioned some new stud holes with a chisel.

After one tough morning, a tired and fed-up Dunkerton exploded, declared he’d had enough and was going to leave the Volvo and hitchhike to civilisation. After being knocked back by a couple of rivals who didn’t want his dead weight, he sheepishly returned to car 7 and climbed in.

But elsewhere during the trial one all-female crew was reduced from three to two after a hen fight.

Along with the car-breaking route which meandered along every brutal track McLeod could find, weariness was a constant problem.

Across the 14 punishing days, the only time crews got to crawl into beds were at stops in Adelaide, Perth, Darwin, Townsville, Sydney, Albury . . . Five sleeps in a fortnight. Getting shut eye in the cars was never guaranteed either.

Holden used the Repco to launch its then new Commodore. With a huge budget to grease the wheels of the star-heavy three-car team overseen by the super-organised George Shepheard, Holden left little to chance, although every kilometre brought risks and stresses that could undo the best laid plans.

Holden finished one-two-three after some at times tense and bitter inside battles. Controlling the headstrong Brock proved awkward and he was determined to be in the lead Holden ahead of the eventual second-placed Barry Ferguson/Wayne Bell car and third-placed overseas rally guns Meta and flying Finn Rauno Aaltonen.

Among many things, the Repco is remembered as the trial that cemented Peter Brock as a drive-anything folk hero who could do much more than lap blindingly fast on racetracks.

The surviving crews had a million stories to tell. Cars broke into pieces, or caught fire. Or simply refused to proceed.

Crews argued and went their separate ways. Two poor souls were killed when their Peugeot rolled. The hastily-built Ford Cortinas broke up badly; their quality drivers including Colin Bond, George Fury and Greg Carr couldn’t stay trouble-free, even though they were fast.

Our Volvo endured, mainly because it was well built and had a classy, experienced lead driver who also happened to be a marvellous bush mechanic. And a navigator who eschewed sleep.

In the confines of a hot, jolting, smelly cabin, it helped too that we three – Ross, Geoff and I – kept the laughs coming and reminded each other that this was one unique, mad escapade.

I’ve been lucky in life to compete in a bunch of Bathurst 1000s, several Bathurst 12 Hours, a Bathurst 24 Hour, a world rally championship round, the Spa 24 Hours, a couple of Nurburgring 24 Hours, at Macau’s amazing street circuit, One Lap of America, a handful of targa events, a couple of Australian Safaris, 24-hour record attempts . . . the list is many and varied.

Nothing gets close to the Repco Trial experience and those amazing memories and a sense of surviving.