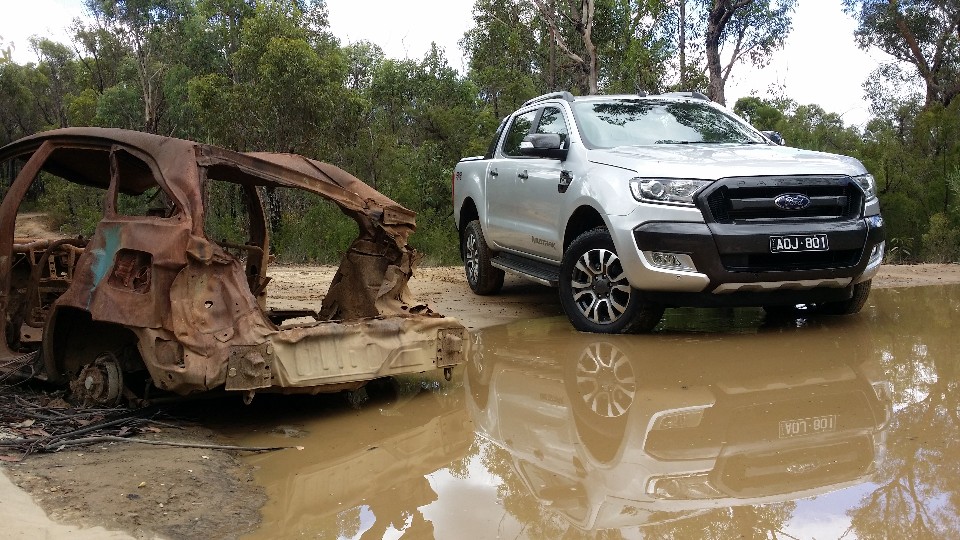 $20K splurge on extras for Ranger

The rise and rise of the Ford Ranger is continual a source of amazement.

Ten years ago they were selling 8000 of the 4x4s a year. Last year Ford sold almost 37,000 of the tough looking sports utes in Australia.

Ranger was the replacement for the Mazda-sourced Courier, superseded by the PJ Ranger in 2007 — but still really a Mazda under the skin.

The third generation PX Ranger was introduced in 2011 but this time around was engineered by Ford, which makes the current BT50 the spinoff.

Sales really started to take off for the ute in 2013 with a jump of 33 per cent to almost 17,000 units and have continued to grow in leaps and bounds since.

Ranger has always been a good thing, but it’s been Ford’s tough truck stamp, especially the new trapezoidal grille, that has really struck a chord.

Ford says Aussies are choose Ranger for lifestyle reasons and because of its go anywhere versatility, along with best-in-class payload and 3.5 tonne tow capacity.

It ain’t cheap, that’s for sure.

Top of the range Wildtrak, the subject of our test, tops out at $59,590 and but is soon to be eclipsed by the even wilder Raptor that lobs later this year.

It’s a smart move given that most buyers shell out plenty optioning up their Wildtrak before it even hits the road.

It’s not uncommon for buyers to spend $20,000 or more adding larger wheels and tyres, off-road lift kits, nudge bars, light bars, snorkels and the like.

We know of one Ford dealer that was left with several sets of brand new, original wheels and tyres they couldn’t get rid of, and ended up offering them to customers for free.

Standard features include 18-inch alloys, daytime LEDs, roll bar, side steps and a locking roller shutter for the tray, plus two-zone climate air and combination cloth and leather seats finished in an attractive orange pattern, with additional orange stitching for the dash and steering wheel — with a power adjust driver’s seat.

The front seats by the way are heated.

It goes okay for a ute, but we don’t know what all the fuss is about.

The ride will never be as good as a car, and as good as it is — it’s still not as good as the VW Amarok.

Being a high-riding ute it also subject to physics, which dictates that tall vehicles will experience body roll in corners.

But if you must drive a ute this is certainly one of the better choices, with the option of powerful four or five cylinder diesels — although the 3.2-litre five is prevalent.

The big engine delivers 147kW of power and 470Nm of torque, the latter from a low 1750 revs, and is teamed with a six-speed auto that lets you shift gears manually.

Belying its 2.2 tonnes the dual cab gets off the line fairly quickly and offers strong mid-range performance, but in reality like most diesels produces best results when driven in a leisurely manner.

The electric power assisted steering is lightly weighted given that many of the drivers will be female, but with its overall size and 5.3m length it can be difficult to negotiate car parks.

We’re big fans of the dash layout that can be customised to show different information either side of the central speedo.

Some people actually take their kitted up Rangers off road and you will be pleased to hear that it is more than up to the job, but we can’t guarantee it won’t get scratched.

Switching between two, four and low range four is accomplished quickly and easily via a knob between the seats.

It’s got plenty of ground clearance, 800mm wading depth and the low first gear reduction and hill descent control slow the vehicle to a manageable speed, taking all the guess work out of difficult descents.

We put the Ford Transit to work

You just have to avoid obstacles and anything sticking up that might do some damage underneath.

Love the style. When you’re on a good thing stick to it. At least that’s what Ford must be thinking. Before the introduction of the current PX model, it had been updating Ranger every couple of years. This one, however, has been around since 2011, with Mark II introduced in 2015. Guess they must be a little nervous about rocking the boat, so don’t expect any big changes when a new one finally arrives.

Check out the latest deals from Ford