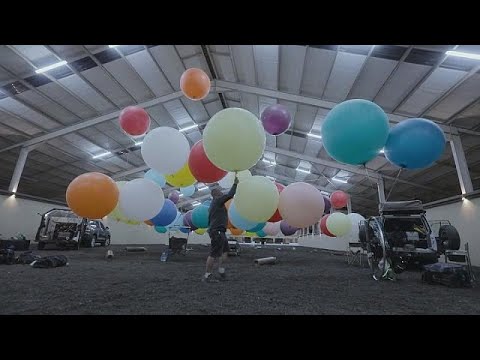 100 balloons and a tankful of gas

Home
Silly stuff
100 balloons and a tankful of gas

Did you have a gander at the lunatic who tied 100 helium filled balloons to a deck chair and then went sailing off into the skies of South Africa.

I guess we’ve all wondered at one time or another whether this urban myth would work, but I for one wasn’t game enough to try.

Not so, Tom Morgan, 38, from Bristol in the UK, who spent two days blowing up the balloons before setting sail on his adventure.

Sitting strapped to a deck chair he traveled for two hours and nearly more than 25km, reaching a height of 2400m before deciding it was time to come down.

Getting up there was the easy part, coming back down again safely was a bit nerve wracking.

Morgan is part of a group called The Adventurists.

“We live to find ways to make the world a bit more difficult,” according to their creed.

“To bring chaos into our over-sanitised lives. To create adventures where you don’t know what will happen tomorrow or if you’ll even make it to the end.

“Because we think there’s no greater moment than those seconds when you leap into an abyss of uncertainty and disaster.

There’s certainly nothing boring about there most recent escapade.

Morgan said he had been inspired by a 1905 balloon race.

‘I didn’t know what height the balloons would burst, or what the sun would do to them.

He said there was a priest from South America who did it a few years ago.

“He went too high and didn’t come back.”