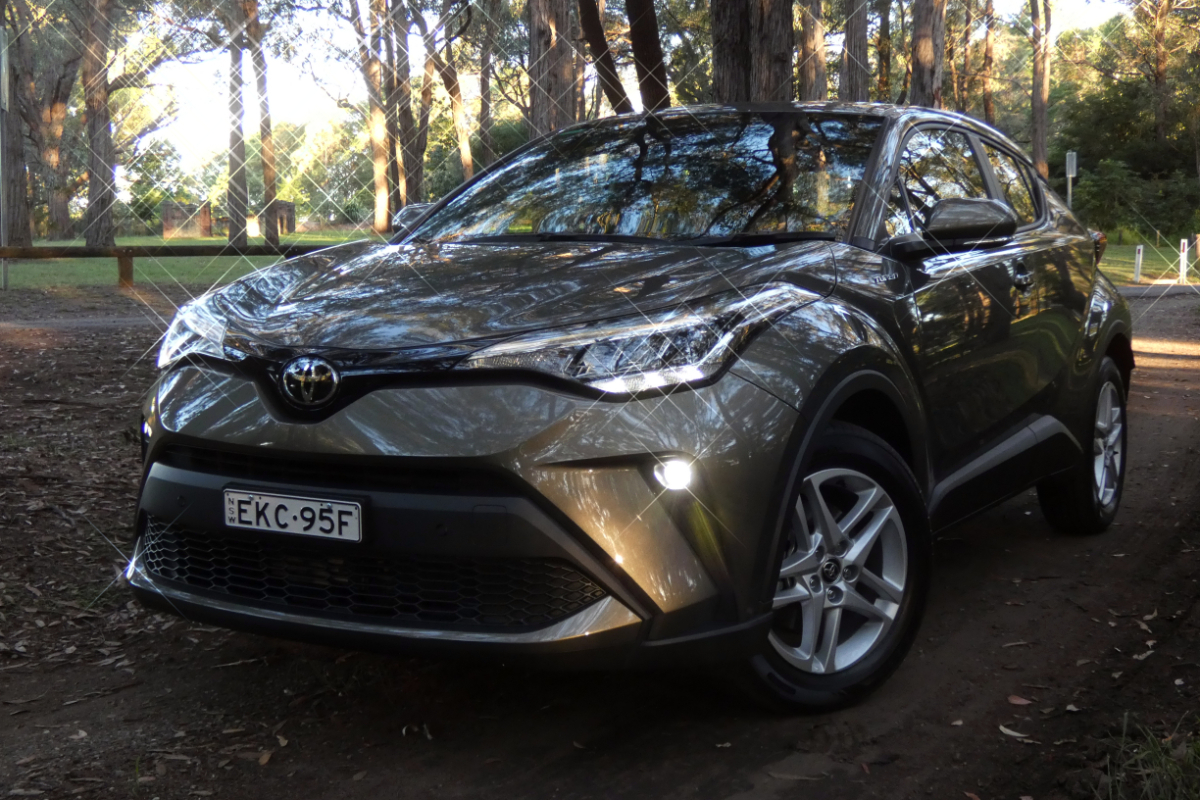 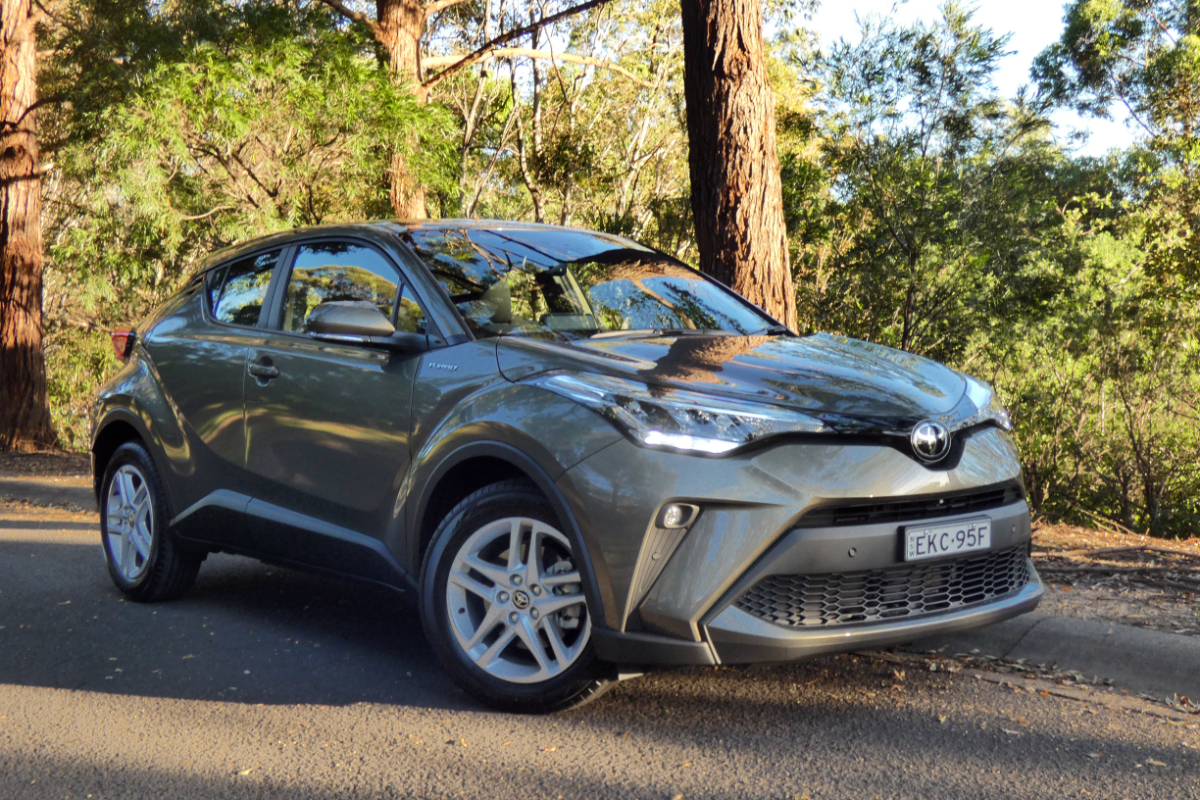 Toyota has gone right out om a limb with the styling of the C-HR and it is good to see.

Some people hate the look, but I’m a fan and reckon it’s a better looker than Nissan’s ugly duckling Juke.

Mechanically it’s related to the Corolla and Lexus UX, while the letters C-HR stands for Compact High Rider, Cross Hatch Run–about or Coupé High–Rider — in case you were wondering. 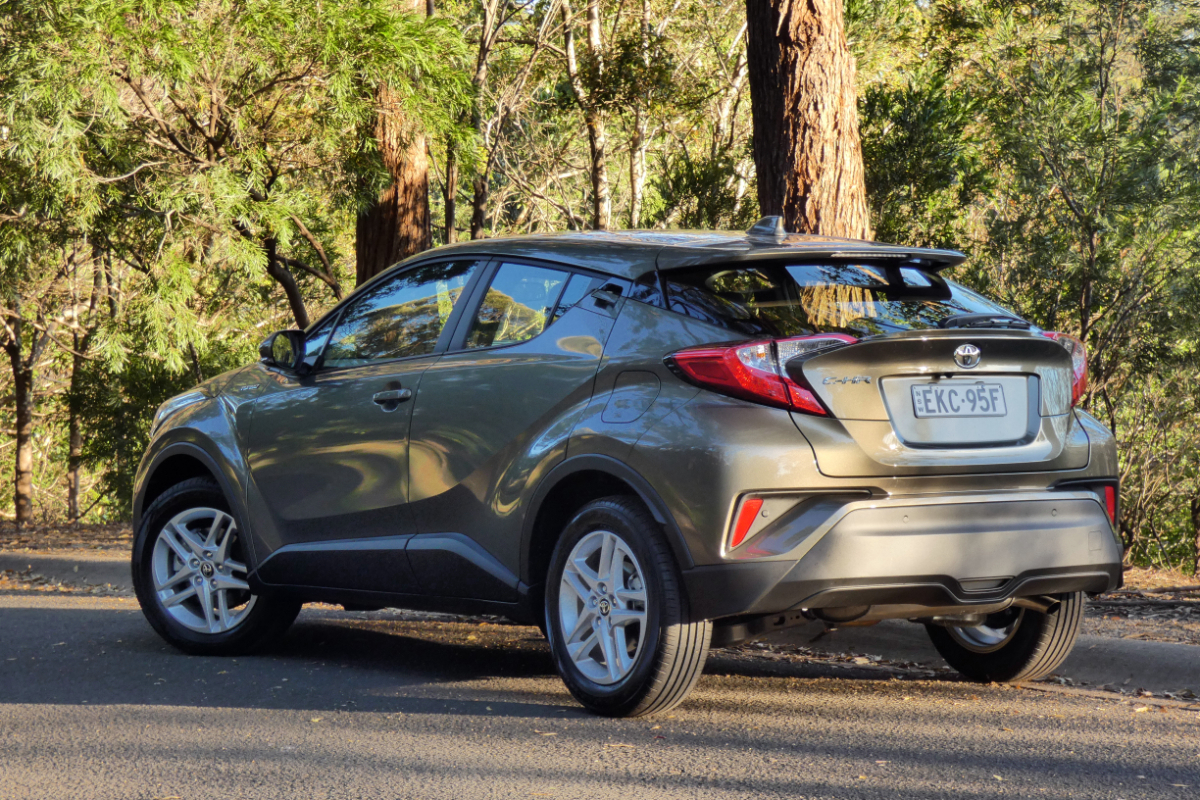 Since launch in 2017 the range has been expanded from two to three models: GXL, Koba and the new GR Sport, the latter with a hybrid powertrain.

Annual services are capped at just $195 each and it is covered by a five-year warranty. 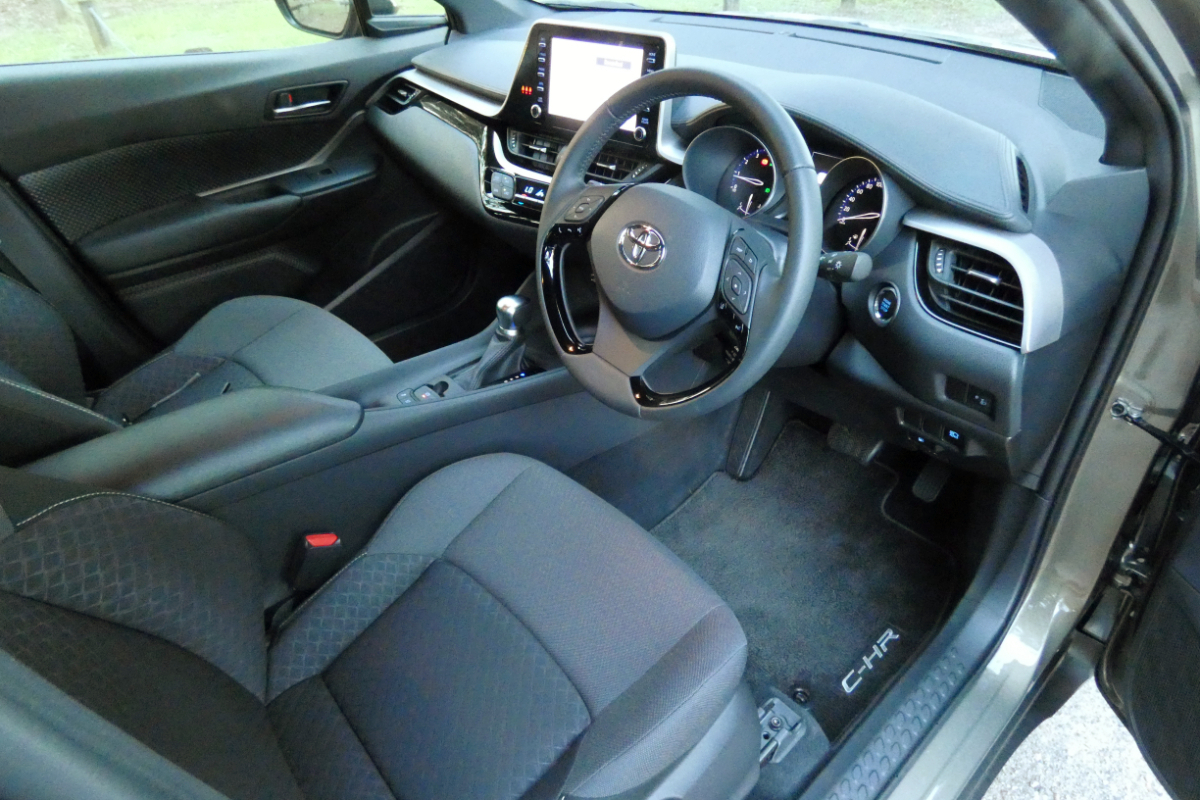 With seating for five, rear legroom is limited and a smallish boot.

The seats in the entry GXL are trimmed in cloth but you do get two-zone climate air.

In a tradeoff perhaps the front seats are really comfy, with high side bolsters that hug your body — but aren’t too narrow.

The concealed rear door handles, designed to give the car a coupe-like appearance, are of course awkward to use and generally a pain in the butt.

Transmission is a choice of CVT or CVT auto. A manual, initially available with the entry model, has been dumped.

You also get to choose between front or all-wheel drive.

There’s no gear change paddles and sport mode seems to have disappeared along with the manual — but you can shift manually using the gear lever with with seven gears or steps as they are known from which to choose.

It feels sluggish in full auto mode, but gets moving once you start changing manually, suggesting something much sportier is locked inside just waiting to get out.

In fourth gear with a few revs on the dial, it’s on song — like the little tugboat that could.

But you have to keep working at it and the turbo can be caught off boost, when there’s little or no response.

An exhaust note of some description, any description for that matter, would help lift the ambience.

Ride quality is on the soft side and could be tightened up — again this would lift the ambience.

The interior feels dated, despite some interesting use of trim and dimples in the roof lining, with two standard analogue instrument gauges separated by a small central info screen.

Good to see satellite navigation is standard, with a small icon that indicates the current speed limit at the bottom of the instrument panel — but it is not linked to a camera.

There’s warnings for speed cameras too, but you have to go looking for them as they are buried in the menu system under the driver support tab.

But the cupholders are separated and the forward one can be awkward to access and use.

Fuel consumption from the 50-litre tank is in a word disappointing.

Frankly, considering the size of the car and the tiny 1.2-litre turbo engine, it should deliver much better results.

To rub salt in the wound, it also takes 95 premium unleaded. 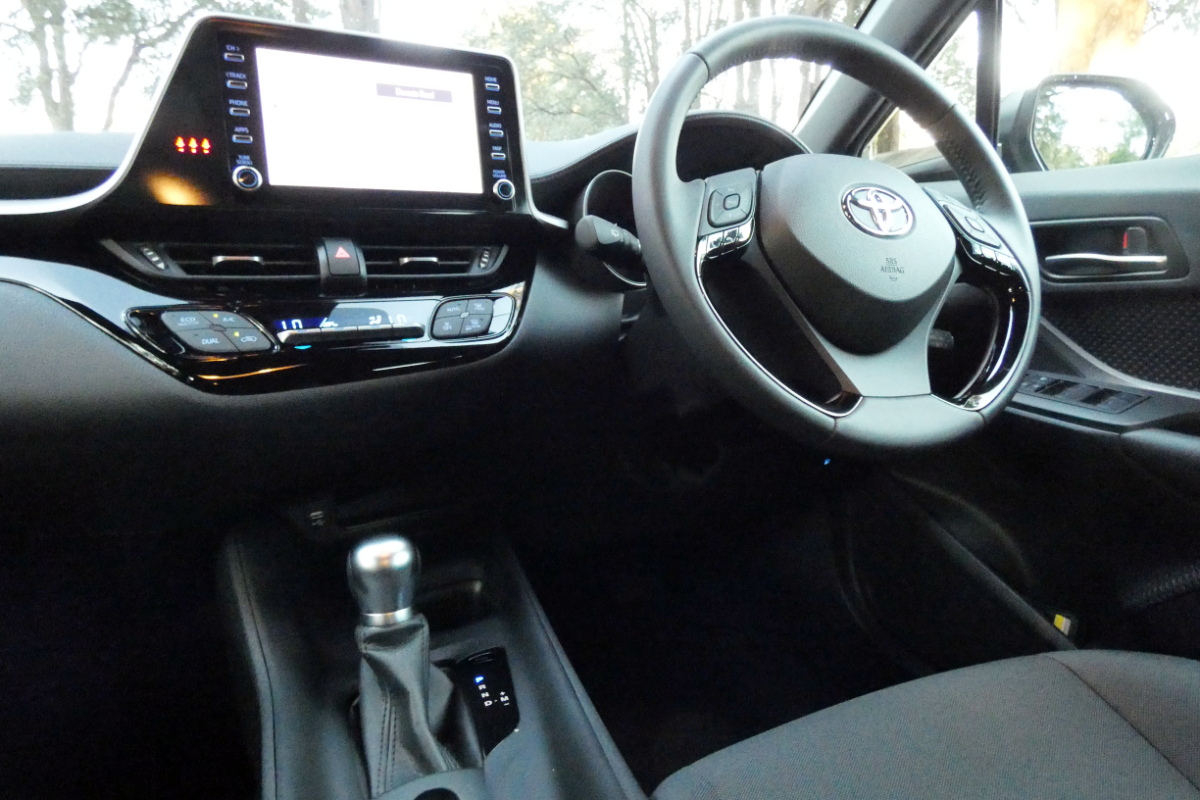 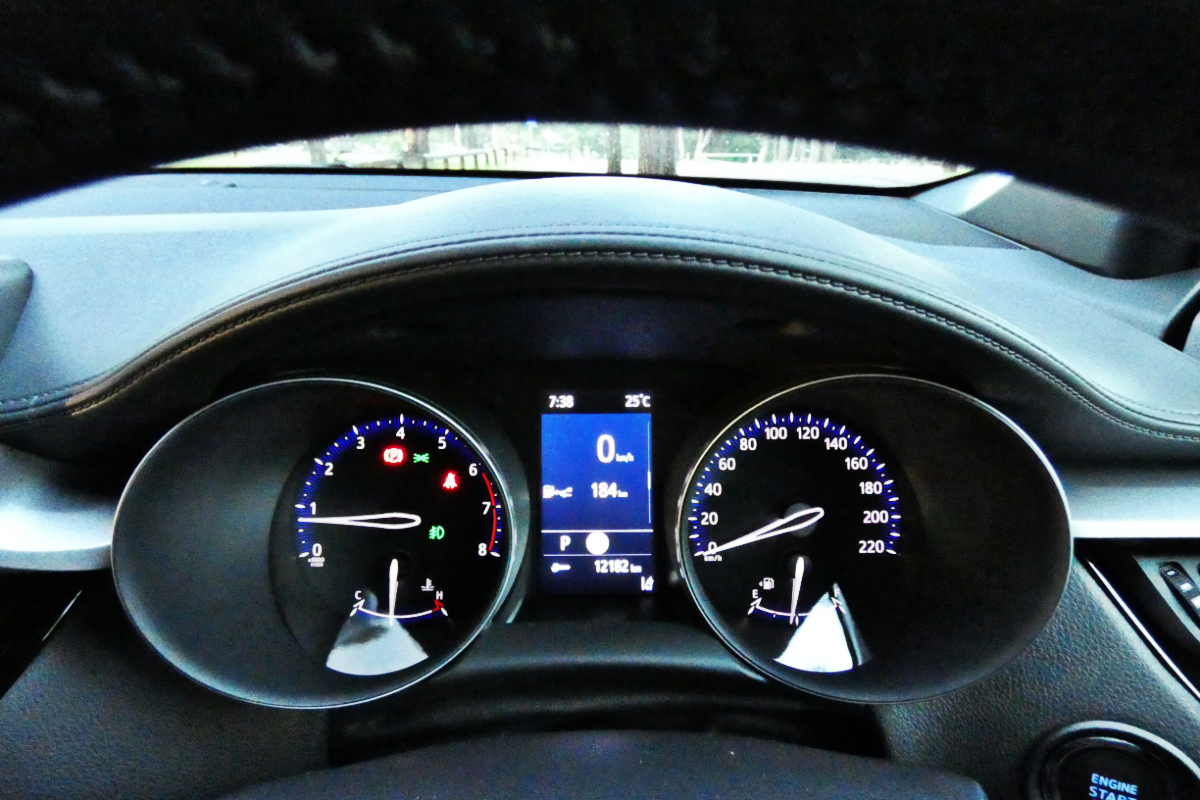 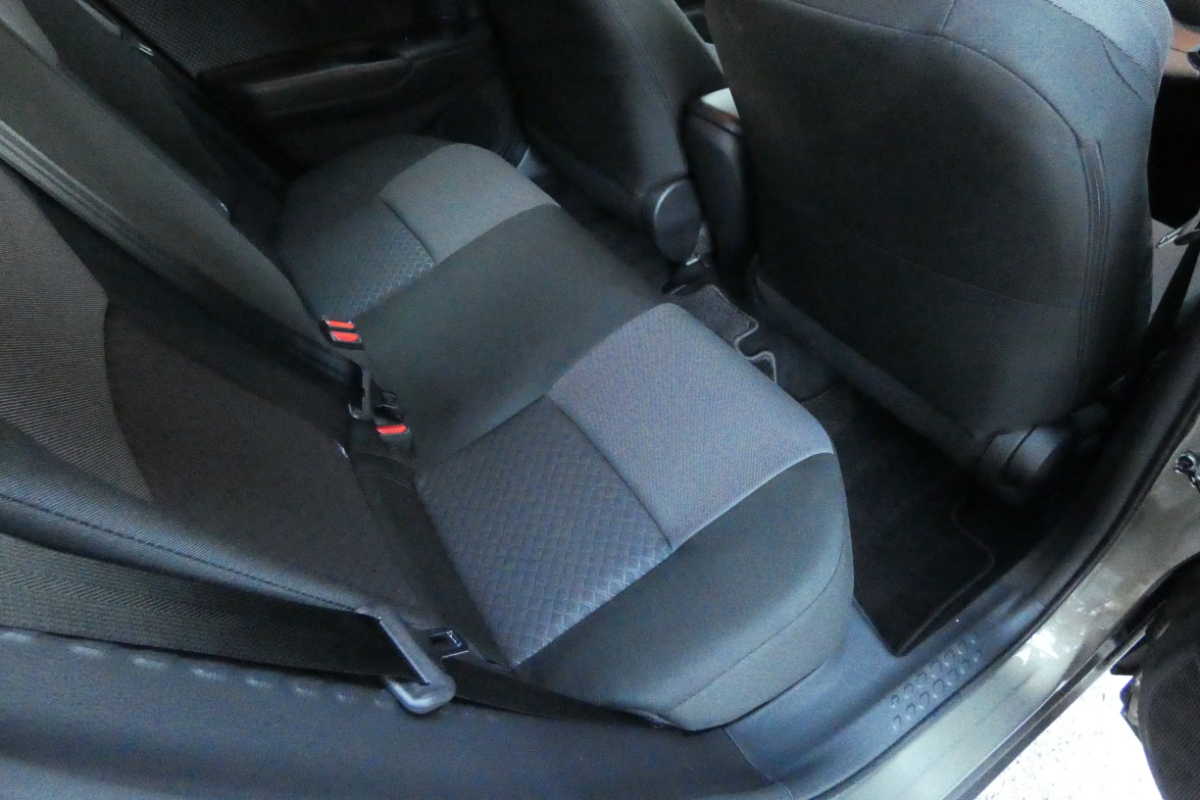 The C-HR is a car we want to like.

It’s a better looker than Nissan’s Juke, though cast from the same mould.

Apart from the looks, there’s not much to get excited about — then again it doesn’t offend in any major way either.

But fuel consumption is relatively heavy for a car this size with this size engine — we were getting 6.5 from a competitor (with a larger engine). 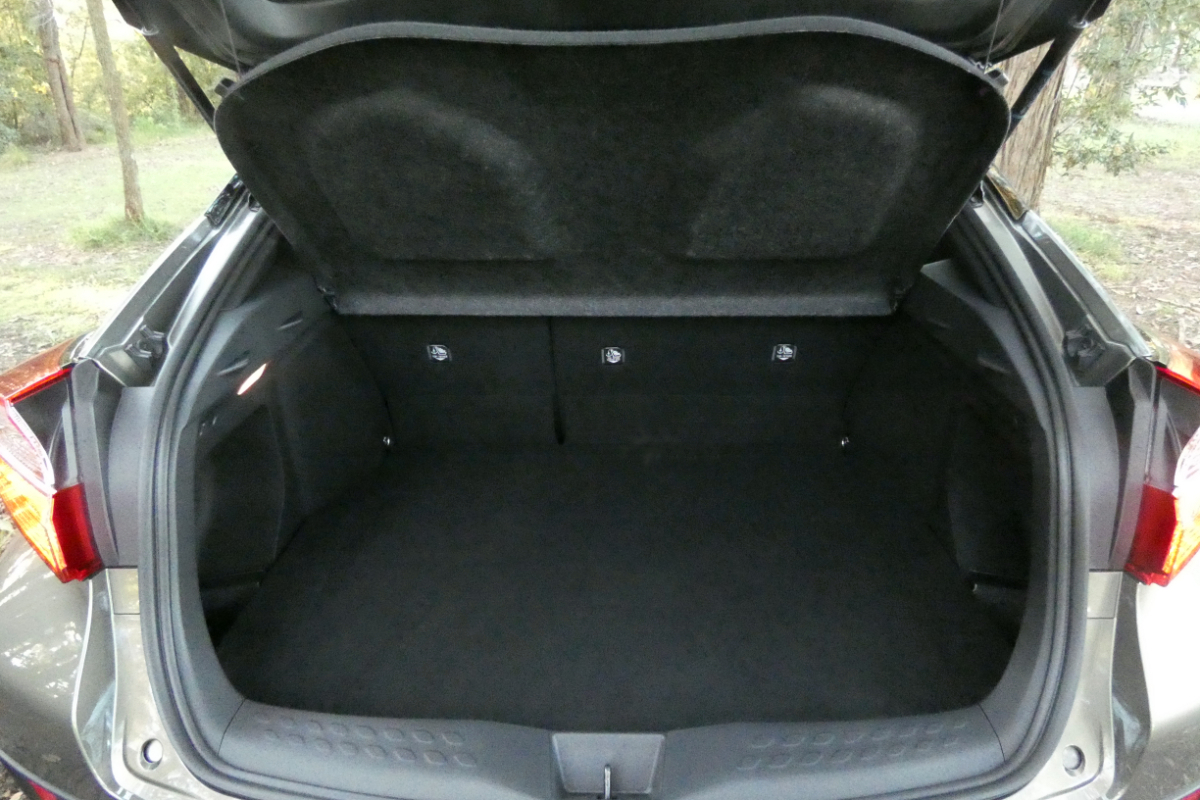