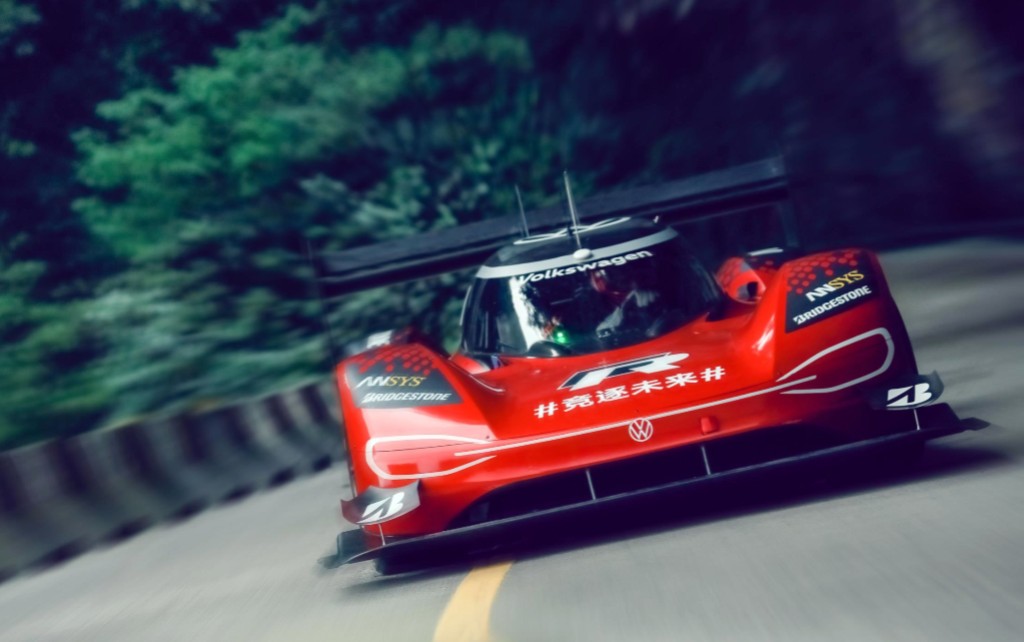 Tianmen tilt from behind the wheel

Home
Wheel life
Tianmen tilt from behind the wheel

The route up ‘Tianmen Shan Big Gate Road’ was a real challenge: 99 hairpins, 164 braking manoeuvres, and a top speed of 218km/h.

The ID.R now holds the all-time record on Pikes Peak (USA) and at the Goodwood Festival of Speed (GB), as well as the electric lap record on the Nürburgring-Nordschleife (D) and now the fastest time on Tianmen Mountain in China.

ID.R is powered by two electric motors with a system performance of 500kW.

The record-breaking drive on the spectacular mountain road to the mythical ‘Heaven’s Gate’ is also supporting Volkswagen’s electromobility oﬀensive in China.

CHECKOUT: Tianmen run from the air