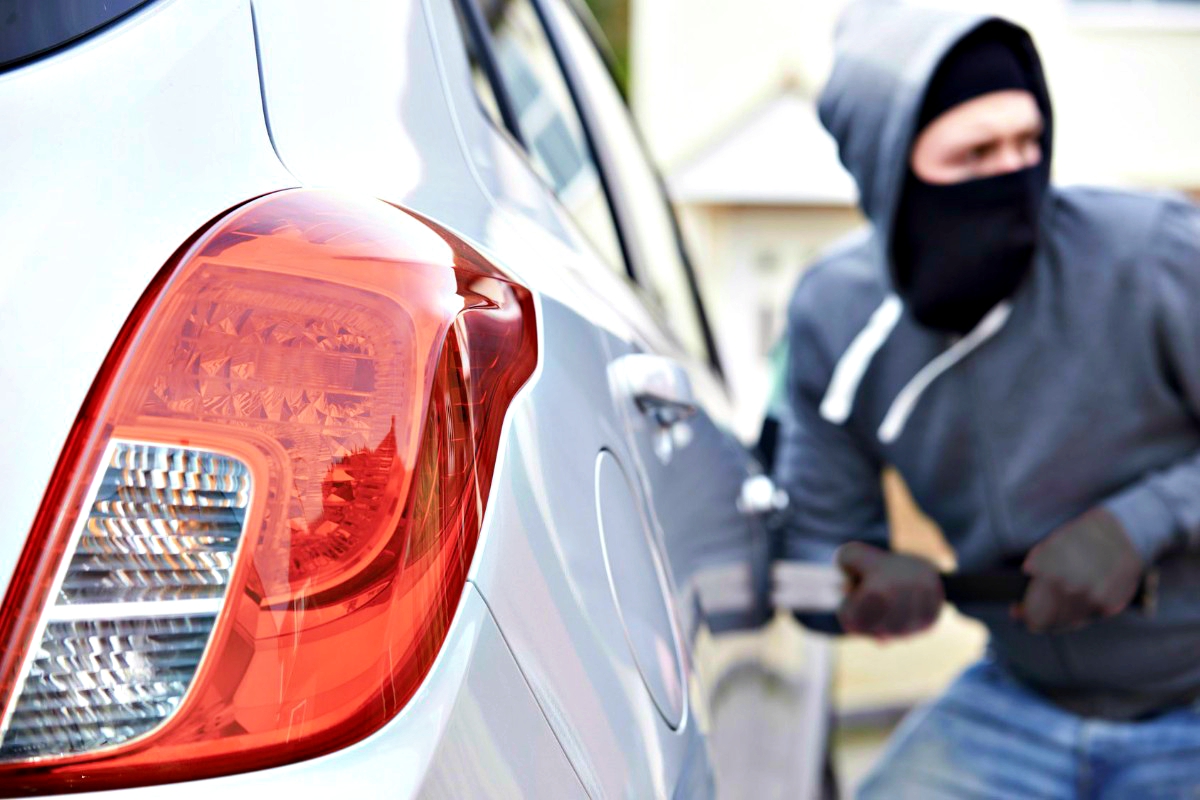 Once upon a time it was your car that you had to watch out for when it came to thieves.

Park it in the wrong part of town and chances were it would be missing the wheels when you returned.

These days car thieves are targeting a part of your car that is a little less obvious, part of the muffler system called the catalytic converter.

It’s the box of tricks that removes some of the more harmful emissions from the exhaust and converts them into less toxic pollutants.

You don’t even need to steal the car to get the catalytic converter.

Thieves can jack it up or simply slide underneath the vehicle and remove the device by cutting the exhaust pipe either side of the converter with a battery-powered reciprocating saw.

Cash for converters is big business in the UK where sales of plug-in hybrid vehicles have really taken off in the past couple of years.

Tracker says criminals sell the parts as desirable spares or simply for the value of the precious metals they contain – rhodium, palladium and platinum.

Head of Police Liaison, Clive Wain, said plug-in and self-charging hybrid vehicles are a highly desirable target for thieves as their catalytic converters are less corroded than those in petrol or diesel vehicles which rely on them more.

“But there are simple steps owners can take to protect their vehicle, including physical barriers to make thieves think twice before targeting their car,” he said.

“Installing an alarm that activates if the vehicle is lifted or tilted are particularly effective and owners should consider investing in a catalytic converter protection device or marking system.

“Fitting a stolen vehicle recovery device, such as those on offer from Tracker will ensure that if a car is stolen, it will be located and recovered quickly before the essential parts are removed for re-sale.”

Sources in the scrap industry believe the stolen catalytic converters are being passed from unlicensed scrap collectors to some unscrupulous licensed companies, from where the precious metals become untraceable.

In 2013, the Scrap Metal Dealers Act was introduced in response to escalating copper thefts at that time.

Authorities believe that law must be enforced to stop today’s precious metal thieves.

Cash sales for metal must be banned and more stringent identity checks of sellers should be put in place, they say.

“Police forces across the UK are committed to tackling the increase in catalytic converter thefts and the organised gangs behind them,” Wain said.

“The consequences of these crimes are having a devastating impact upon the lives of victims, which is why intelligence-led operations are being undertaken and continue to be organised by the police at both a regional and national level.

“Owners of plug-in hybrid cars who take measures to safeguard their catalytic converters, are playing a vital role in aiding forces in tackling this new world corruption.”

Police have issued the following advice and information to help drivers protect their vehicles: