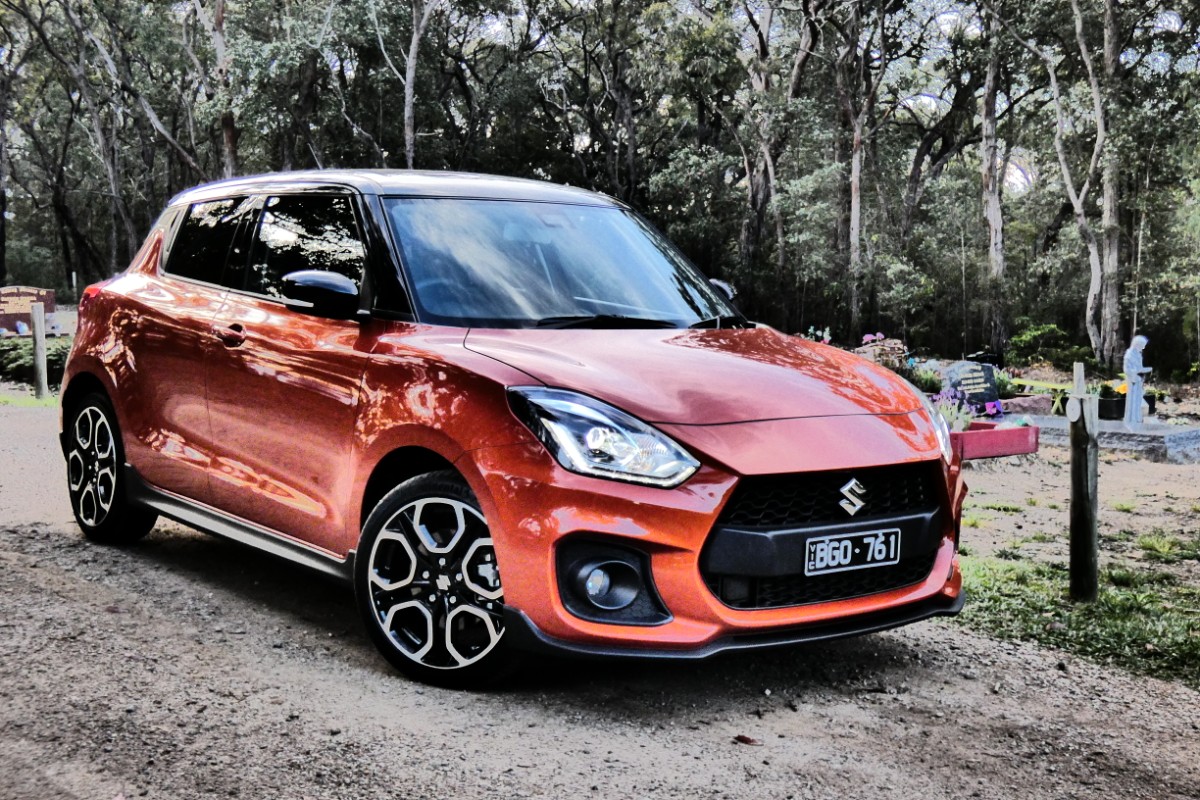 Suzuki Swift: The price of love 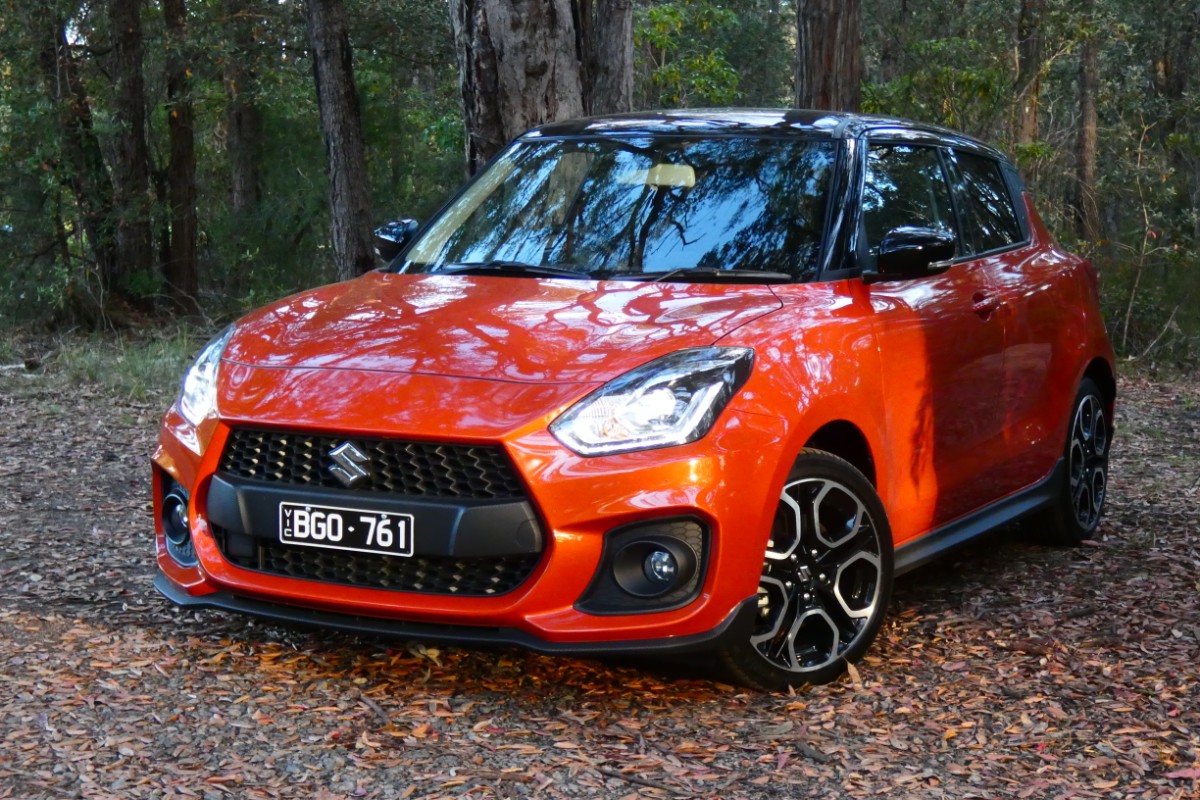 Before the Sport arrived on the scene, there was the Swift GTi, launched here in 1986.

I know because I had one. One of the first generation GTIs with the ugly square foglights that couldn’t be operated with the headlights.

It might have been visually challenged, but it sure did go and ran on the smell of an oily rag.

So, you can imagine my excitement when Suzuki announced a successor to the GTi, the Swift Sport, in 2006 — I was all ears.

In fact, I remember travelling to Japan for the launch of the car and can clearly recall the sense of disappointment when it became evident that despite the promises — it was powered by a rather staid, 1.6-litre naturally aspirated engine.

It was hardly the stuff of dreams.

Thankfully. Suzuki corrected this mistake with the launch of the current generation Sport in 2017, with a 1.4-litre turbocharged engine that had more power and torque.

It was a cracker then, a cracker when I last drove the car a couple of years ago, and the the one I tested last week is still a cracker. 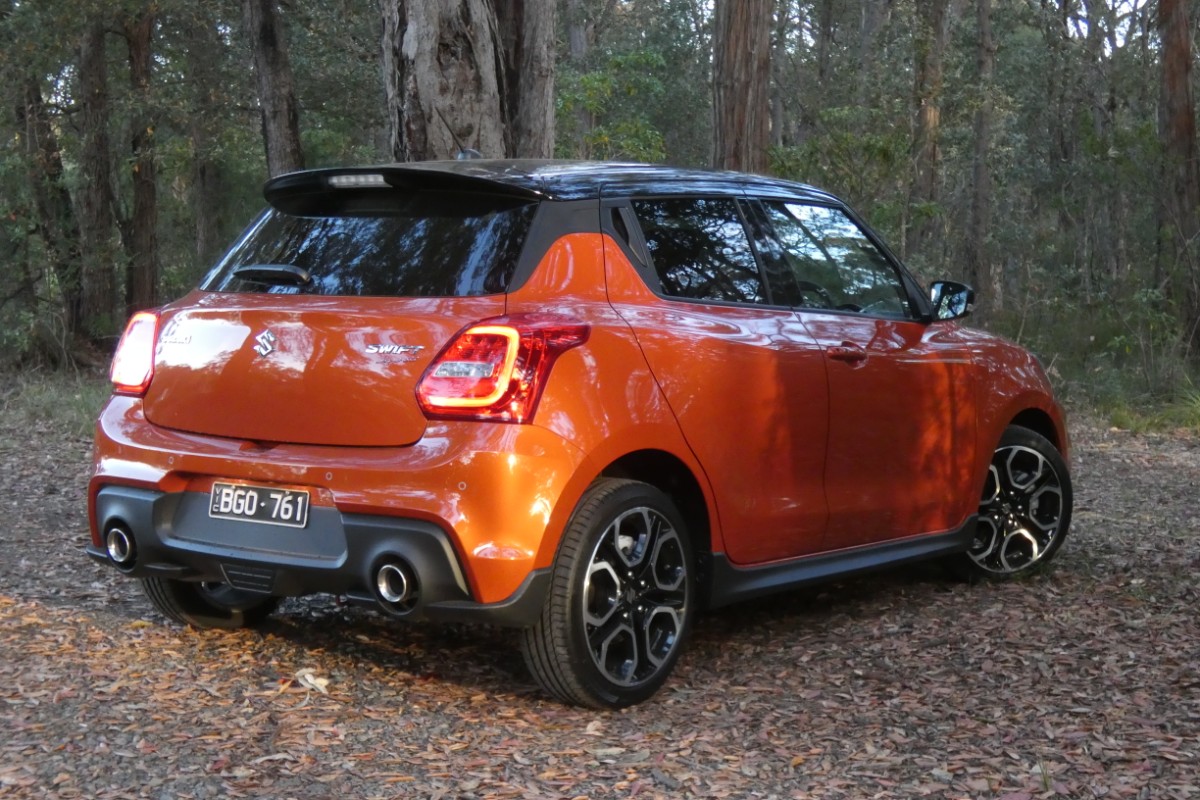 It’s pause for thought, but as well as being a ball of fun to drive, Swift Sport certainly looks and feels more upmarket this time around — so there’s that to consider. 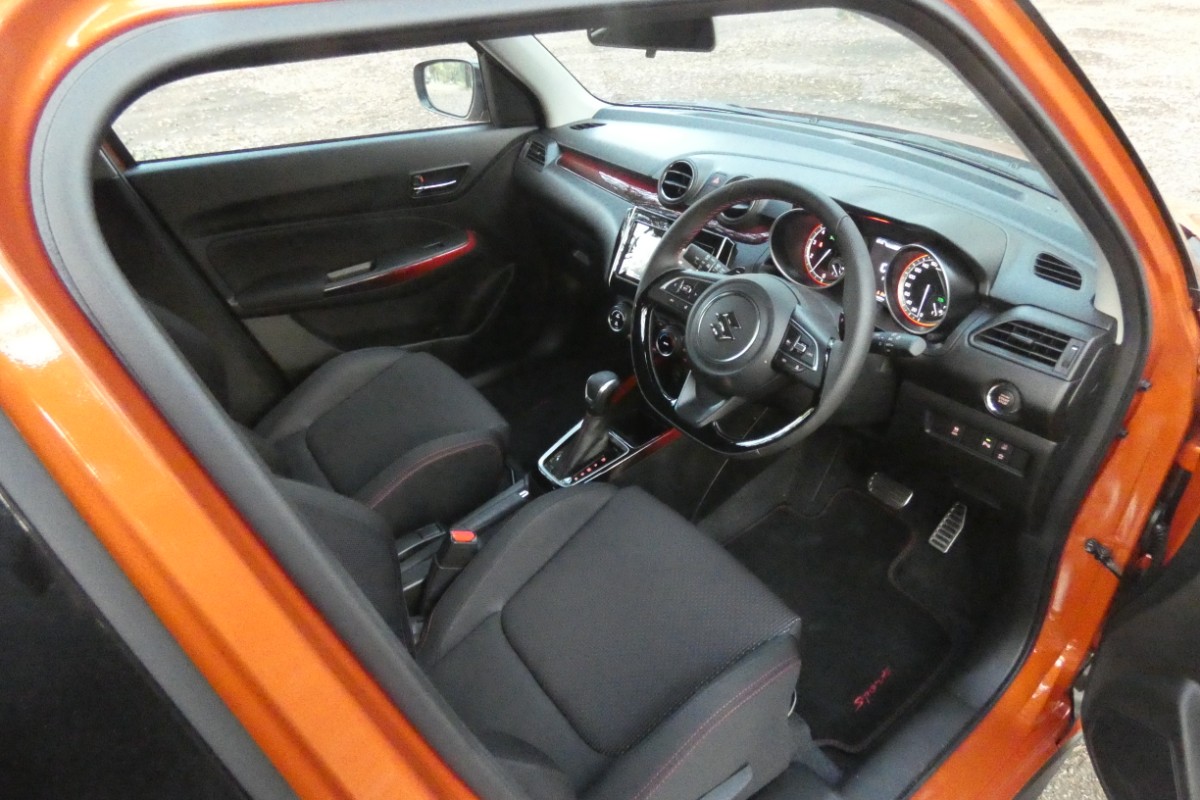 It’s quick off the mark and pulls strongly through the mid-range.

It’s available with a 6-speed manual or 6-speed automatic (subject of our test), with steering wheel mounted gear change paddles.

The sports seats are a tighter fit than I recall, that or my arse has gotten bigger — either way the bolsters press uncomfortably into my thighs.

They’re manual adjust and trimmed in an attractive combo of cloth, with red stitching and Sport logos.

The dash features some coloured pieces of trim with a carbon-fibre like finish, but reach out and you’ll find it’s all hard plastic.

Cycling through the panel brings up a series of graphics: clock, motion, torque and power, acceleration and braking graphs, and one for turbo boost.

And, most importantly, they’ve finally included a digital speedo. In a car like this it’s a necessity.

It’s push button start, but two years later you still have to be careful putting it into drive. That’s because dragging the transmission lever all the way back engages manual mode.

The result is lots of revving, but the transmission will eventually change up when the the engine hits red line.

It’s not lightning quick, but it does make all the right noises and it is sufficient to get the blood pumping.

The dash from 0-100km/h takes a sharpish 7.2 seconds and overtaking can be undertaken at will.

The steering is excellent and the brakes are aggressive, with a ride that is firm but not harsh. We did however manage to find the bump stops a couple of times.

The tyres generate quite a bit of noise on coarse surfaces, but that’s par for the course with small cars where it’s harder to disguise.

With 17-inch alloys and exey 195/45 Continentals, the Sport sits securely on the road, turns in nicely and has plenty of mid-corner grip.

Push really hard and it will ultimately understeer, with some lift-off oversteer under hard application of the brakes.

The turning circle by the way is crap and tight carparks can be a trial, even in a car this size.

Whether you opt for the auto or manual, fuel consumption is a claimed 6.1L/100km.

The boot looks larger than before, but of course that’s because it doesn’t have to fit a spare — just a puncture repair kit. 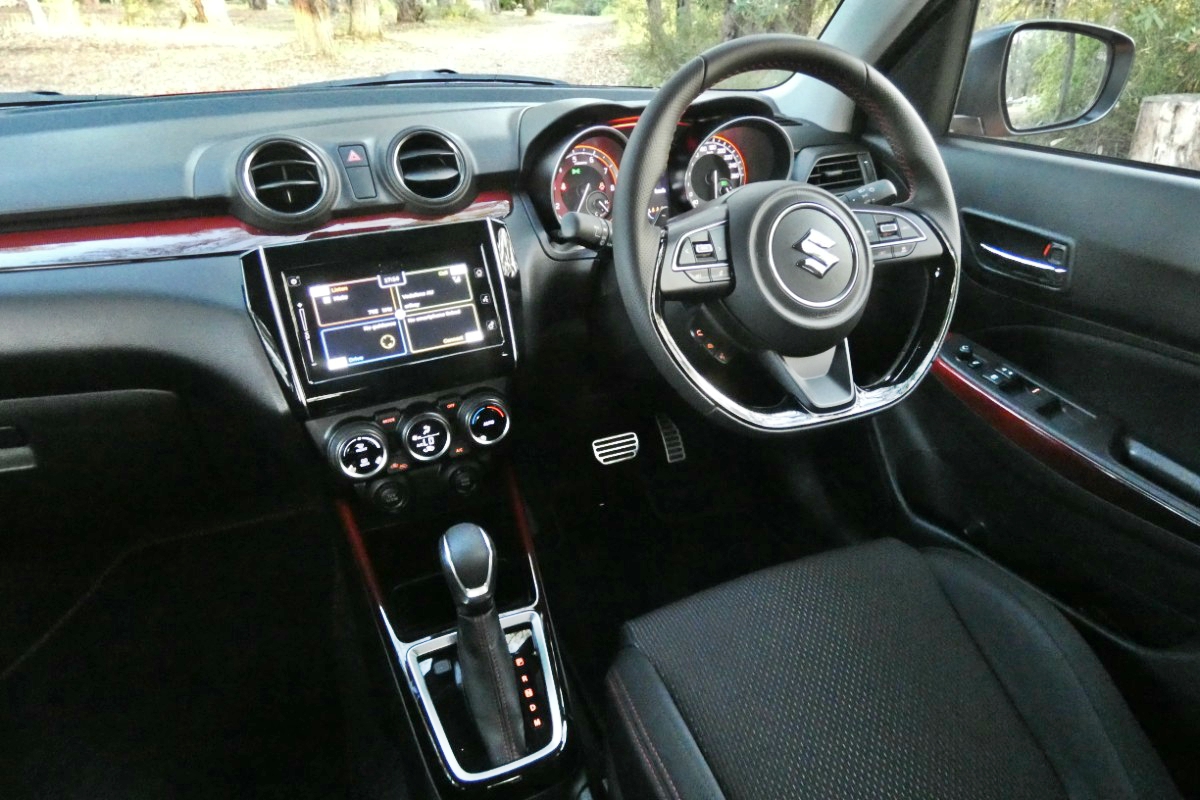 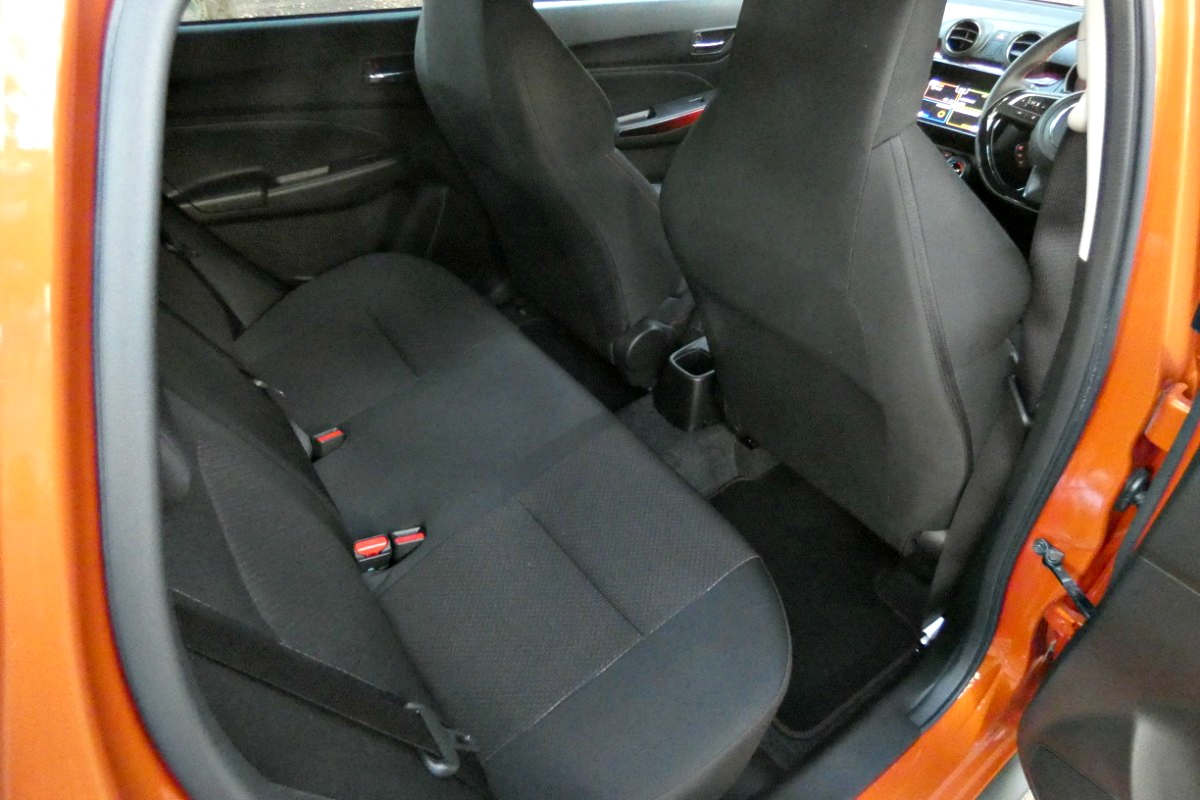 Yes, it’s more expensive than ever, but the Swift Sport is still an engaging drive and the best bang for your buck on the block.

There’s plenty of other “hot hatches” to choose from, but they’ll all cost you more and you’d be making a big mistake if you didn’t take the Swift for a run. 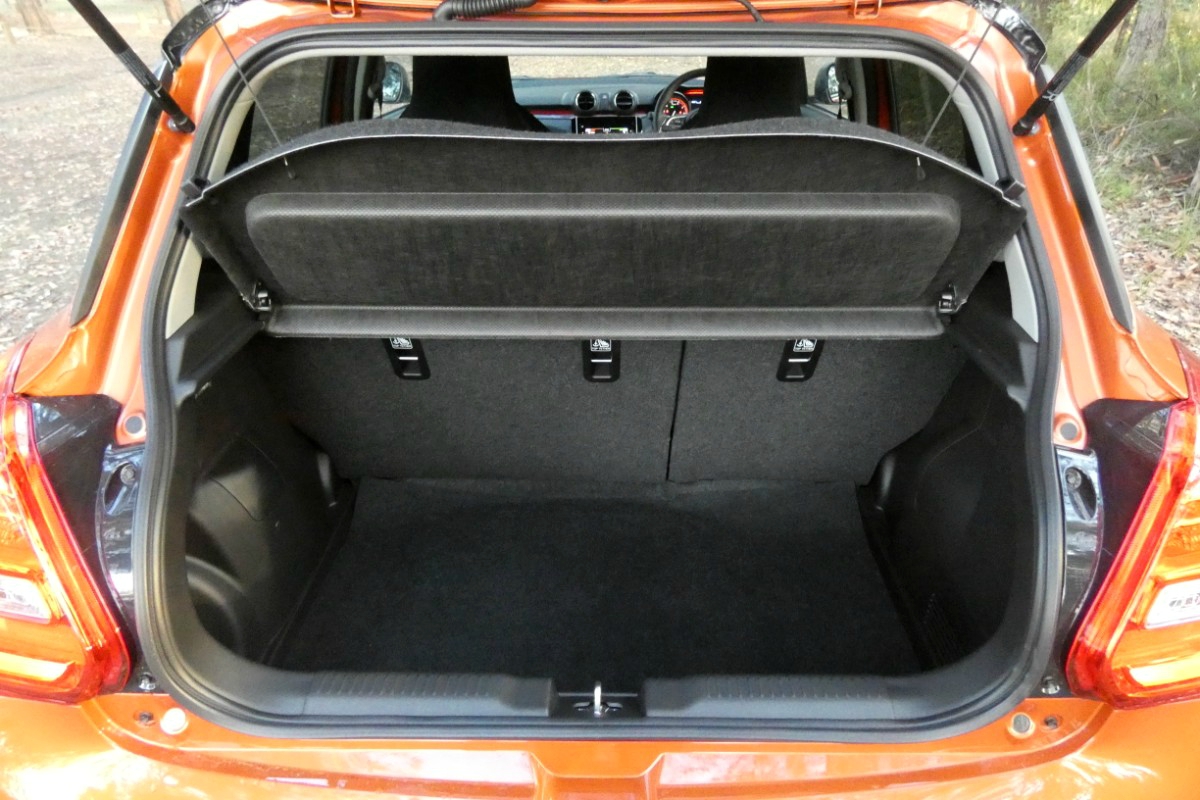