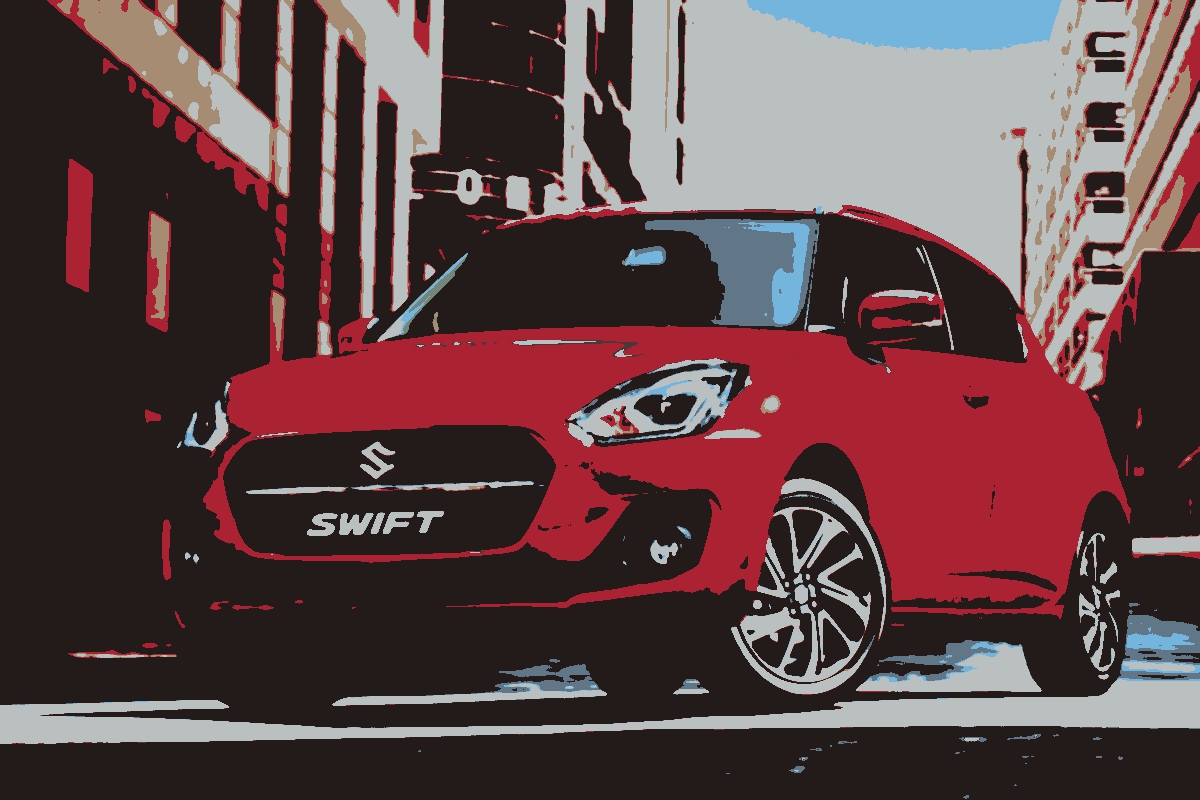 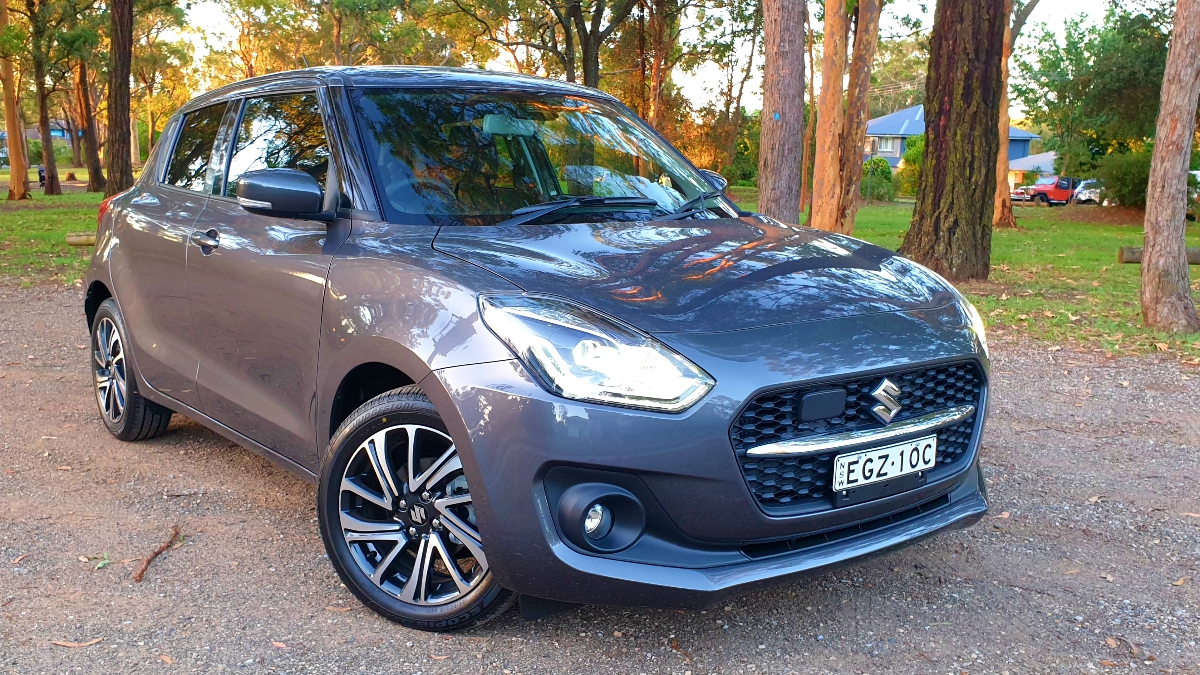 Suzuki Au has shifted the ever-popular Swift range around a little, with a four tier range seeing the Swift Sport disappear temporarily before returning in December of 2020 to the Suzuki website.

In its place was the GLX Turbo and the range is now in Series 2 mode. It’s not as overtly visually sporty as the Swift Sport, however packs a performance oriented three cylinder turbo.

That may sound an oxymoron but three cylinder petrol engines are proving to be the small powerplant of choice for small cars.

Sitting above the somewhat bland Navigator and Navigator+, GLX Turbo has a few extra features and just enough spice to make for a tasty driving meal.

It’s in line with the company’s rebranding as a fun factory outlet. 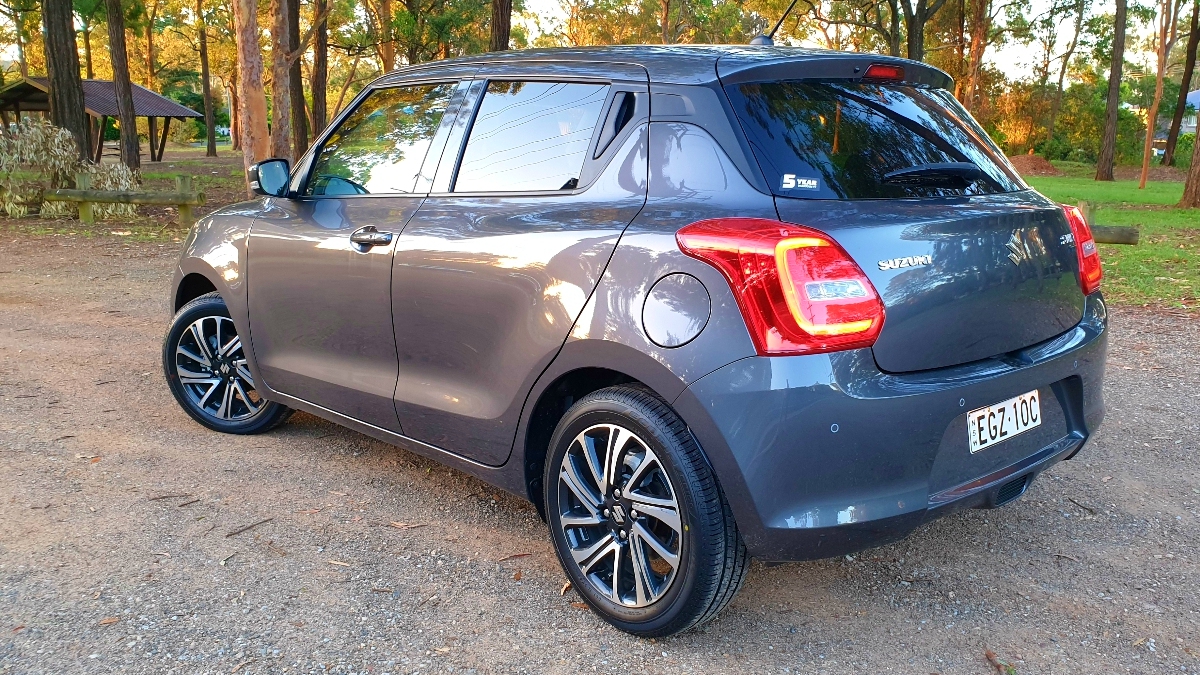 Visually it’s largely unchanged from the revamped body shape of 2018.

Up front in the air intake is a shiny chromed strip, the main visual change.

Common across the two Navigator versions and the GLX Turbo are 16 inch alloys, and they’ve had a slight design change to also denote Series 2.

Swift has always been a rounded body shape and the 2018 revamp took the sharper parts of the Swift, binned them, and brought it closer to the larger (but not by much) Baleno.

As a result, in our opinion, it’s not quite as cute as it used to be, with the rear lights now standing out and away from the body, rather than the nicely integrated styling of before.

The front lights lost the same laid back into the body look, and although don’t stand away from the body, have been massaged to be more curvy. Again, we don’t feel this to be as appealing.

Underneath that air intake is the part that does appeal, the broad and cheeky smile that goes from “cheek to cheek”, with halogen driving lights at each end.

Inside there is a new display screen for the driver, with a better look and more information such as a g-force meter and proximity sensors. There’s comfortable seating and plastics of a good quality for the level of car the GLX Turbo is.

The main 7.0 inch touchscreen is standard Suzuki, with its eminently usable starting screen of four separate sections that expand into navigation, or setup, or audio.

That last section benefits from an extra pair of speakers, with six now, up from four. Smartphone apps allow for extra audio options as a digital tuner is not fitted.

The seats are cloth covered here, and the driver has a steering column adjustable for reach and height, a nice touch.

And being a Swift, Suzuki continue to endow it with TARDIS like packaging, with more room than seemingly available from outside. But that only goes so far with cargo space of 576L its maximum. 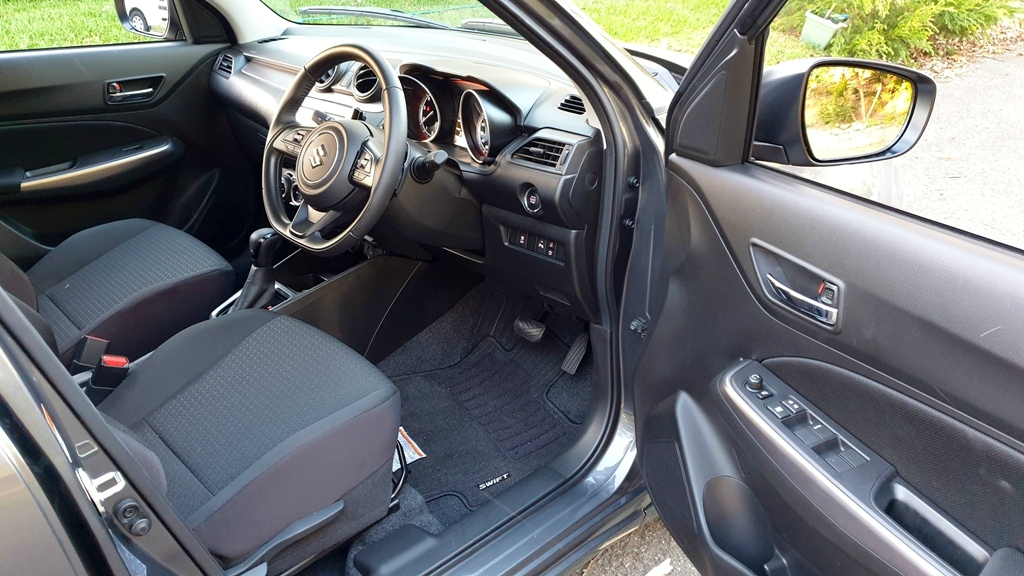 Here we find a three cylinder petrol engine at 1.0L in capacity.

In comparison, the Sport goes to 1.4L and four cylinders.

It’s a six speed auto and this has ratios well spread to take advantage of that torque.

Bearing in mind it’s not intended to be the sporty one to choose from, it’s impressive in how it drives.

There is some scale acceleration; scale as in for the size of the car and engine it hustles along very well indeed, thank you muchly.

Get the revs up a little and a planting of the right hoof has the Swift GLX Turbo launch rapidly in a rolling acceleration, and the front tyres will scrabble briefly from a standing start.

The only hiccup in the package is the drive selector.

This has the usual Park, Neutral, Reverse, and Drive, but adds Manual at the end of the travel.

So rather than go for the more usable tip left or right, more often than not the selector clicked through to that and the end result would be a screaming 1.0L in first…

Suspension quality is good. If driven on flat roads.

Otherwise the short travel brings plenty of bump and bang to the chassis ob the usual road irregularities, however on the floaty bits of road it’s a bonus, as that short travel pulls the body down quickly.

Brakes and steering are of a level one would expect in the compact class and having discs at both end certainly assist the hauling down of the Swift. 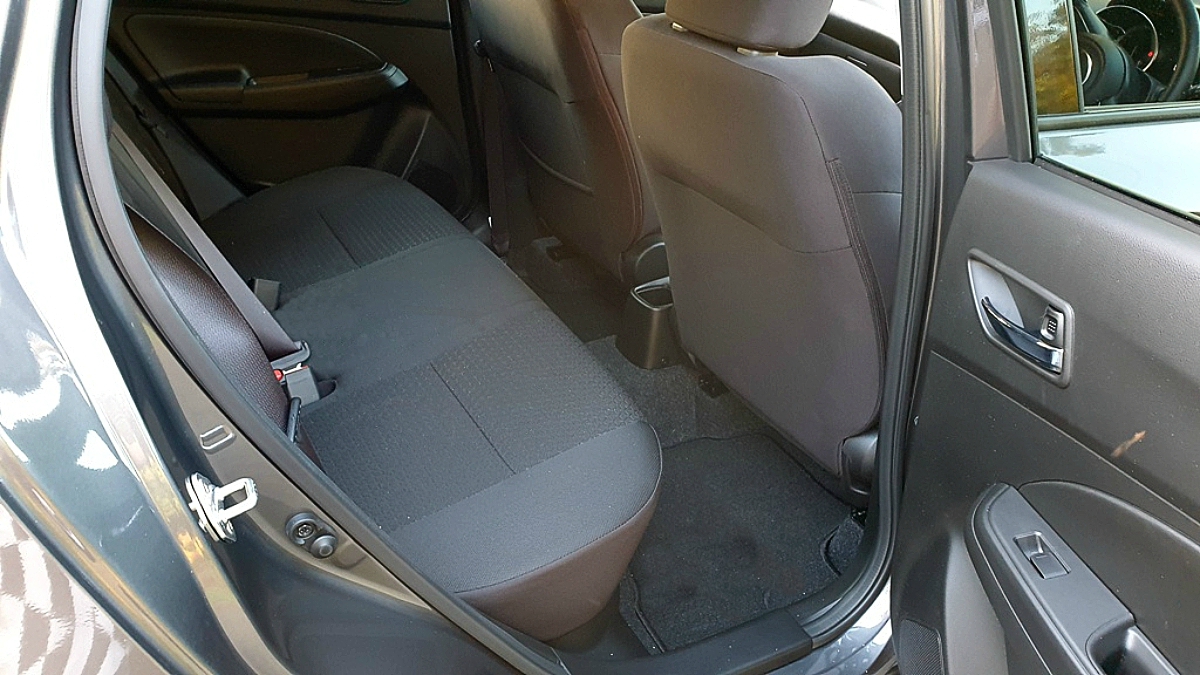 Looks aside, and of course they are subjective, (wife’s first words were “Ooooh it’s so cute”) the performance factor here belies its stature.

The Sport delivers 103kW and 230Nm but that torque is in a far narrower rev range, in comparison, so in real terms the GLX Turbo delivers a better bang for your buck.

Swift has always been a fantastic city car, and eats up freeway kilometers easily and comfortably.

We firmly believe that the car itself, especially with the Navigator and manual transmission offered there, is ideal for new drivers to learn the craft, and the GLX Turbo makes for a great step up once the Ps have been dispatched. 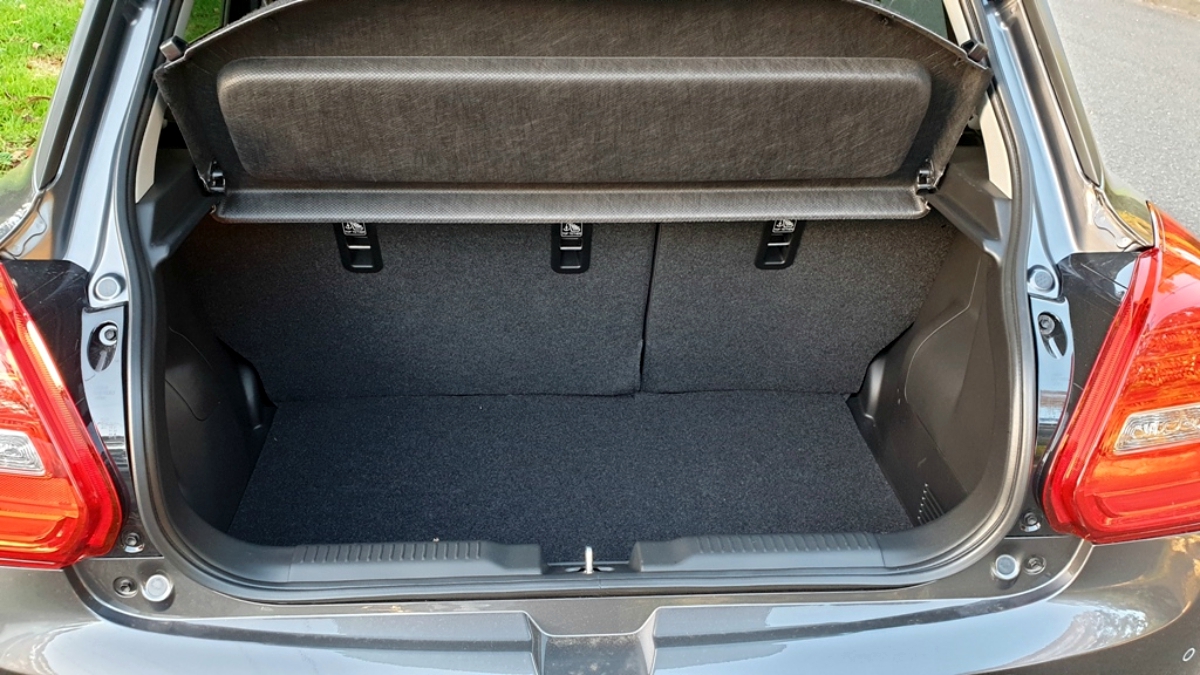