Suzuki Jimny: Stuck in the middle (with you) 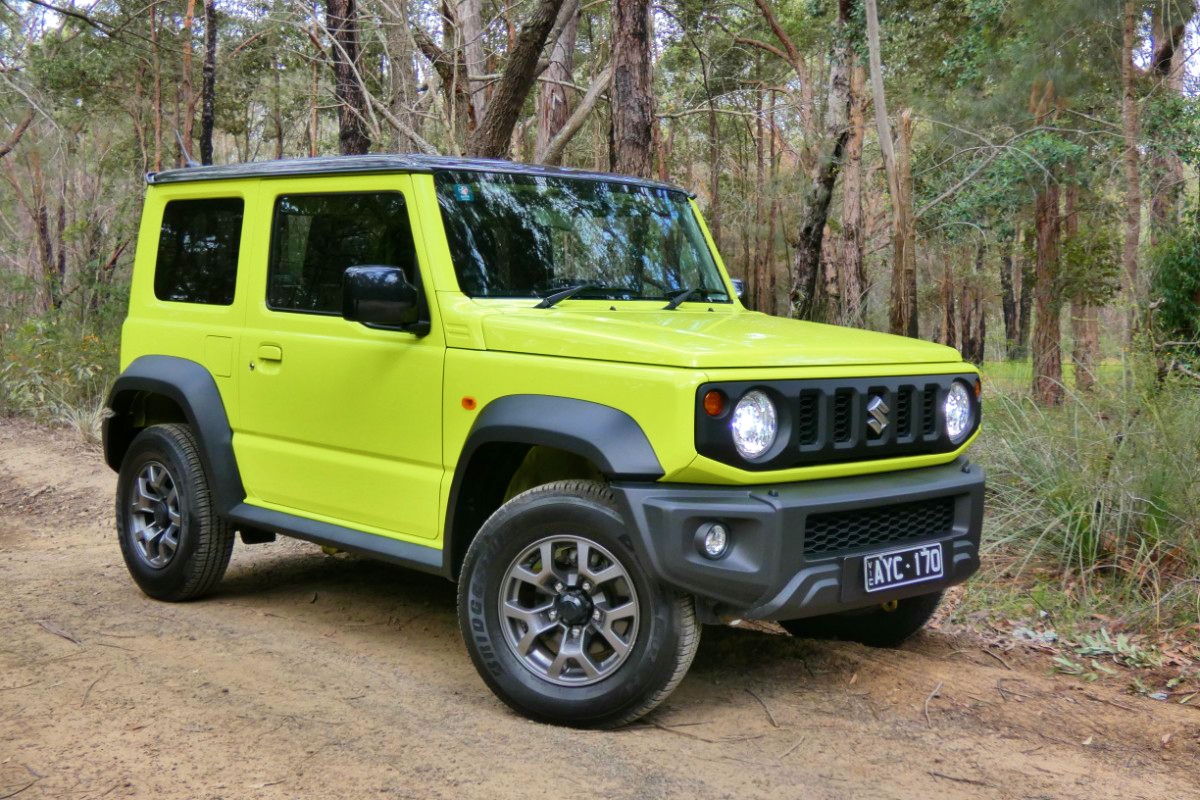 Jimny is Suzuki’s answer to the Jeep, but on a smaller scale.

Just to underline this fact, the first Suzuki-branded four-wheel drive, introduced in 1970, was called the the LJ10 — the LJ stood for Light Jeep.

So it’s not surprising they look similar, although in reality they are nothing alike.

But you have to be careful about this or you could find yourself in hot water with Jeep — like General Motors with the Hummer and more lately Mahindra with its Jeep clone Roxor.

Anyway, you get the picture. The latest Jimny, like the three generations that have preceded it, is designed to go off road, with proper low range gearing to handle the rough stuff.

And the design incorporates plenty of DNA from the past, such as round head lights with independent indicators, front grille with vertical openings, horizontal slit-like design and rear combo lights. 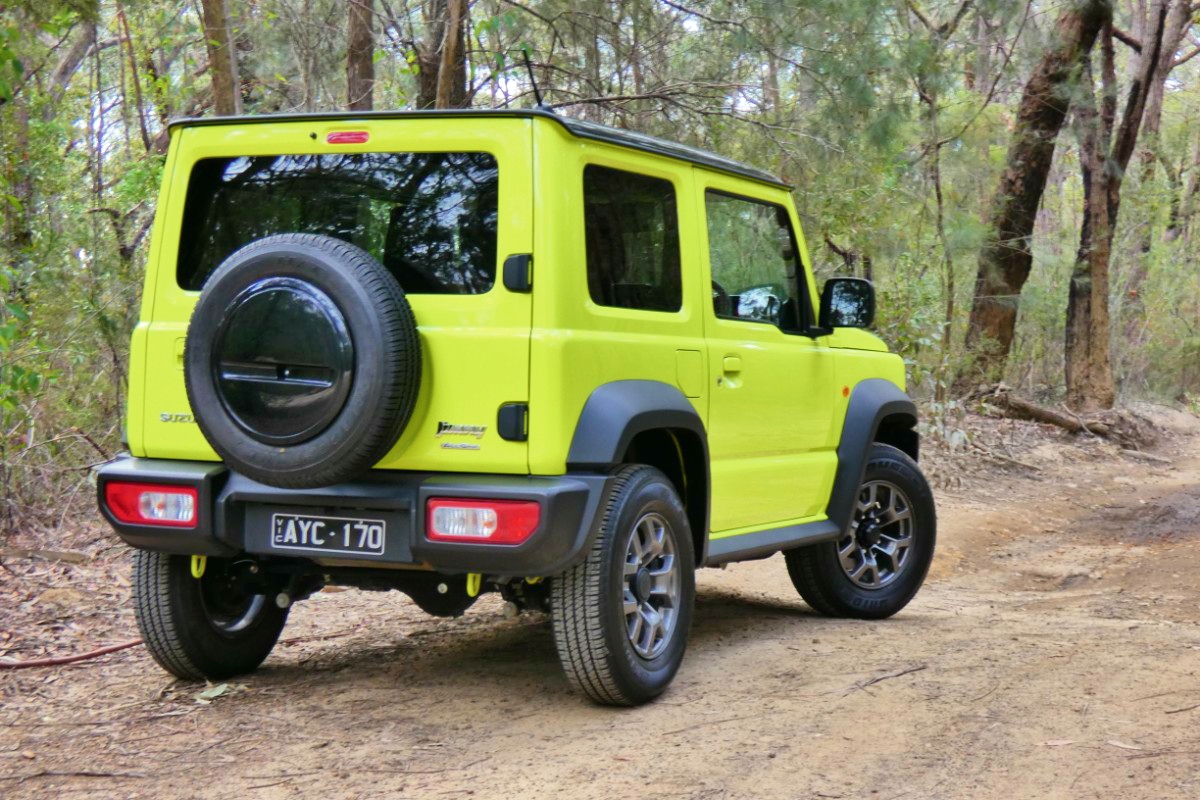 They’d be silly to have more than the one model anyway, given the limited market for the car — but that still leaves room for special editions.

Metallic paint is $500 extra or two-tone paint with a different coloured roof will set you back $1250.

There’s also Zook’s 7.0-inch multimedia system, with a rear view camera and satellite navigation, divided into four quadrants for easy use — along with Apple CarPlay and Android Auto (but no digital radio).

Safety is taken care off by six airbags, and the usual array of driver assistance features, with Autonomous Emergency Braking that uses both a camera and a laser sensor to read the road ahead for traffic and/or pedestrians.

Sadly, though, Jimny gets only three stars for crash safety from ANCAP. The previous Jimny was powered by a 1.3-litre engine.

This one gets a larger 1.5-litre four cylinder petrol job that produces 75kW of power and 130Nm of torque, the latter from 4000 revs.

The 1.0-litre turbo might have been a better option, but is probably not suited to the low engine speeds often required in off-road driving.

The 1.5 is available with a 5-speed manual or 4-speed automatic with lockout overdrive, which sounds like something out of the Seventies.

Both come with a proper, part-time four-wheel drive system, with high and low range gearing, engaged via a second stubby gear shift, or more precisely transfer lever — to the rear of the main one.

Until you do this, the car operates in rear-wheel drive — the same as 4×4 utes.

Although this is the most technically advanced Jimny to date, it’s still feels pretty much like the previous generation to drive, with plenty of revs required to get it motivated.

At 3.64 metres in length, with a 2250mm wheelbase, Jimny seats four, but the two rear seats are tiny and leave little room for luggage when in use.

The body sits on a separate ladder chassis, as favoured by the off road fraternity, with a spare wheel mounted on the left-to-right opening tailgate.

Suspension is 3-link rigid axles front and rear with coil springs and shocks and it rides on 15 inch wheels with 195/80 Bridgestone Dueler H/T rubber.

With 210mm of ground clearance, it has an approach angle of 37 degrees, ramp over angle of 28 degrees and departure angle of 49 degrees.

No figure is supplied for water fording, but we understand it’s 300mm.

It all bodes well for off-roading, but we’ll get to that in a minute.

You get up and into the car which has a door sill like a Jeep, and a driver’s seat with back and fore and aft adjustment, but no adjustment for height — and a steering wheel that is only tilt adjustable.

Our test vehicle was the 5-speed manual and you start it with a twist of the key, like most cars once upon a time.

Being a small four cylinder petrol engine it needs to rev and doesn’t produce maximum power until 6000 rpm.

Maximum torque too is not available until 4000 rpm.

The electric steering is not what you’d call precise and it’s possible to waggle the wheel from side to side without generating any kind of response.

The manual change is easy to operate, however, with little clutch effort required, but prefers not to be hurried along.

So, ironically, just like a truck, it’s time to sit back and enjoy the scenery.

It’s off road that the little Jimny really comes into its own, or so we were led to believe.

As well as hill hold and hill descent control, which rely on the brakes, it also boasts Brake LSD Traction Control.

It means that if two diagonally opposed wheels lose grip in slippery conditions, it will automatically brake the slipping wheels and redistribute torque to the other two wheels.

It ensures the car has the ability to cover slippery ground with confidence.

So, putting it in to high range four, we headed down our favourite fire trail which includes several bog holes.

By this we mean expansive ruts and potholes full of mud and water, some 20 or 30 metres long.

Easing into the first, which we have traversed with many 4WDs, we got half way across before the Jimny refused to proceed.

No problemo, I thought, I’ll just shift to low range and chug my way out of this mess — it will be a piece of cake (but it wasn’t, not by a long shot).

The Jimny started to dig itself in, wheels spinning and spitting out mud, unable to gain traction.

What happened to Brake LSD Traction Control? I wondered,

It wouldn’t reverse out either.

Keeping cool and moving between forward and reverse gear, and turning the steering wheel, the Jimny finally broke free of its muddy prison — but it was a close thing.

I’ve gotta say though, it put a damper on any further plans we had to test the car’s off-road ability — literally.

Maybe some knobby tyres and a lift kit would deliver better results, because the road-focused Duelers are certainly not up to the job. 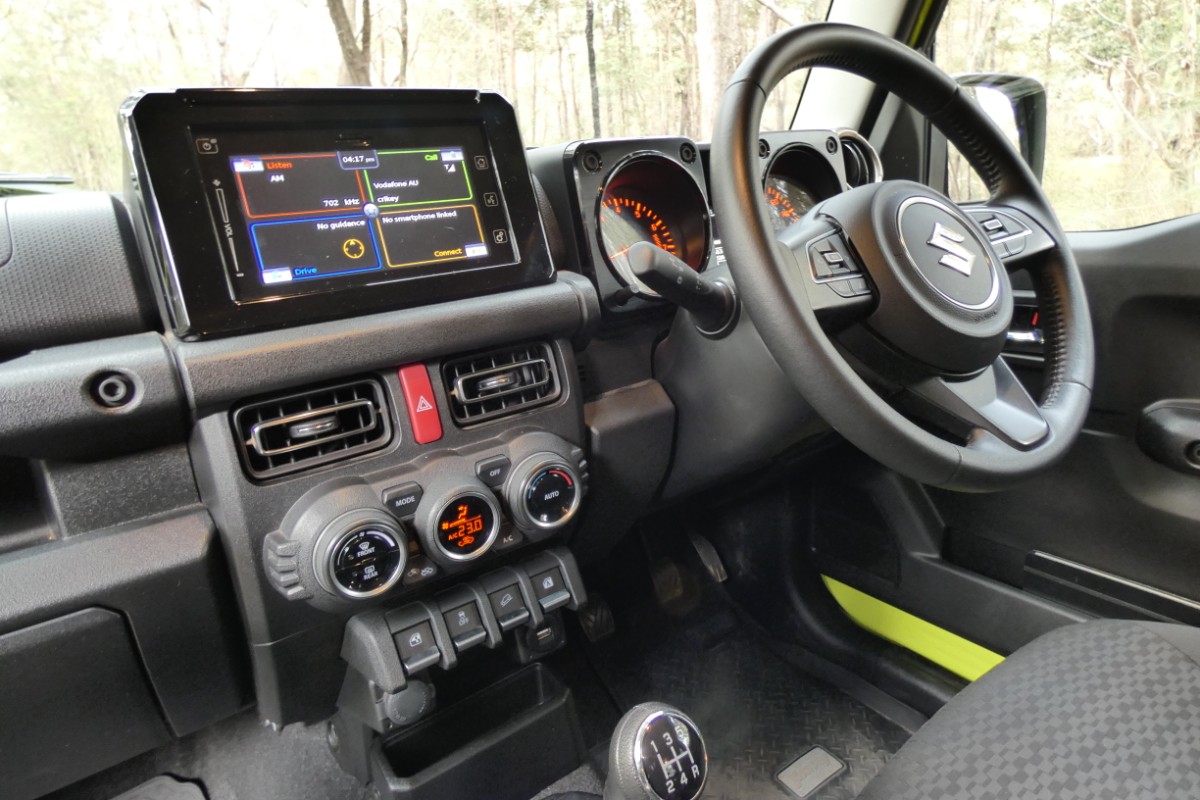 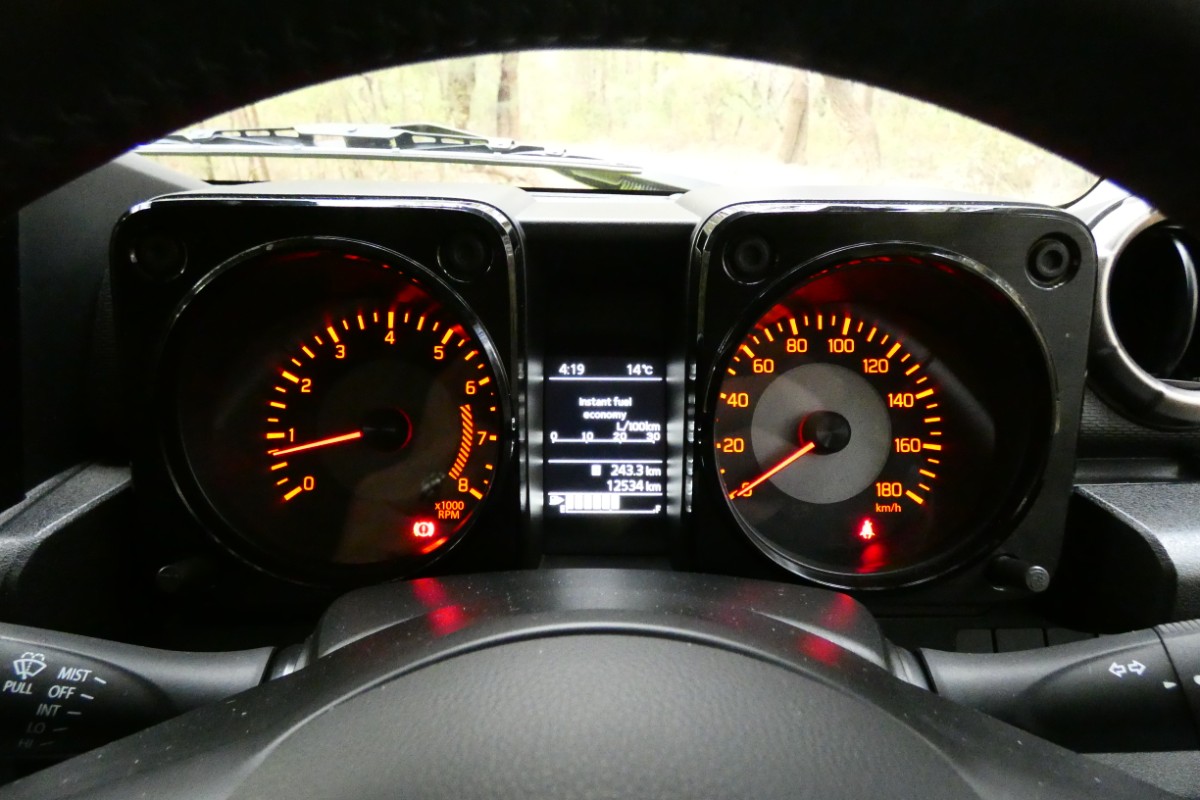 Jimny is fun on one level, but takes some commitment on the other. For the number of times you go off road, a Swift would be a better, more practical option as a cheap runaround.