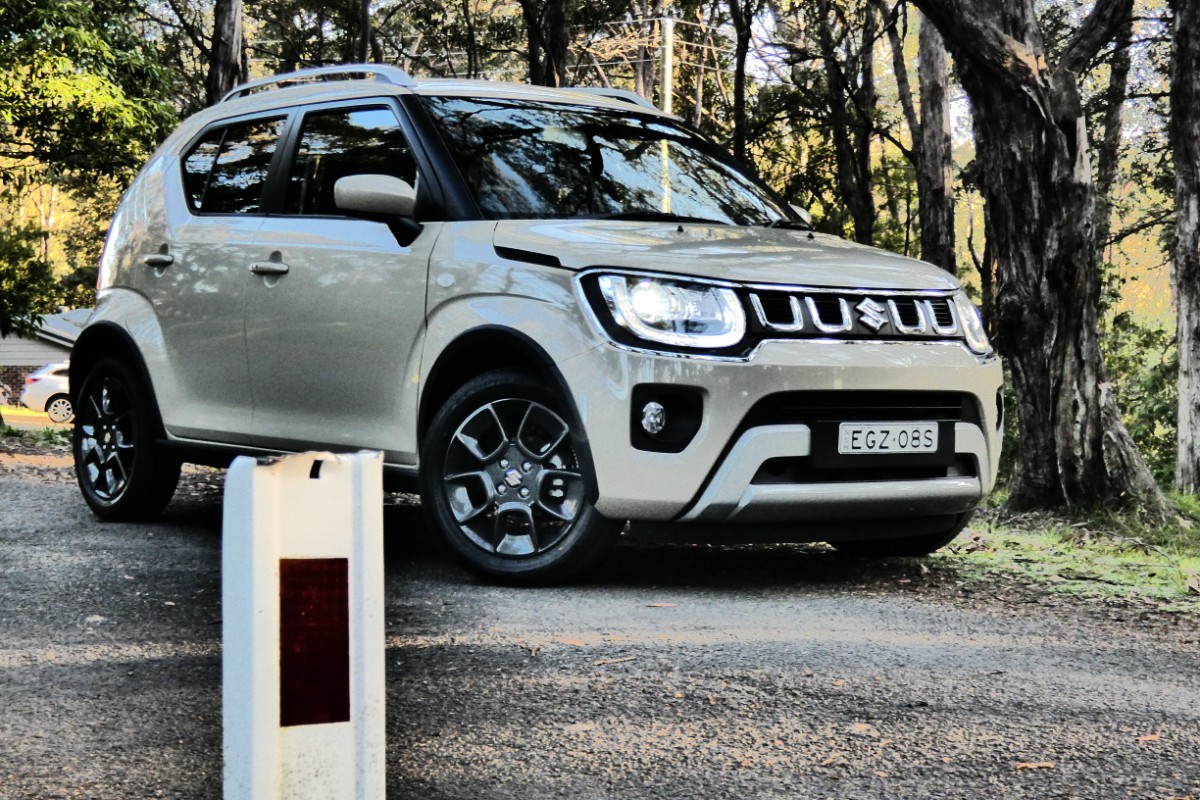 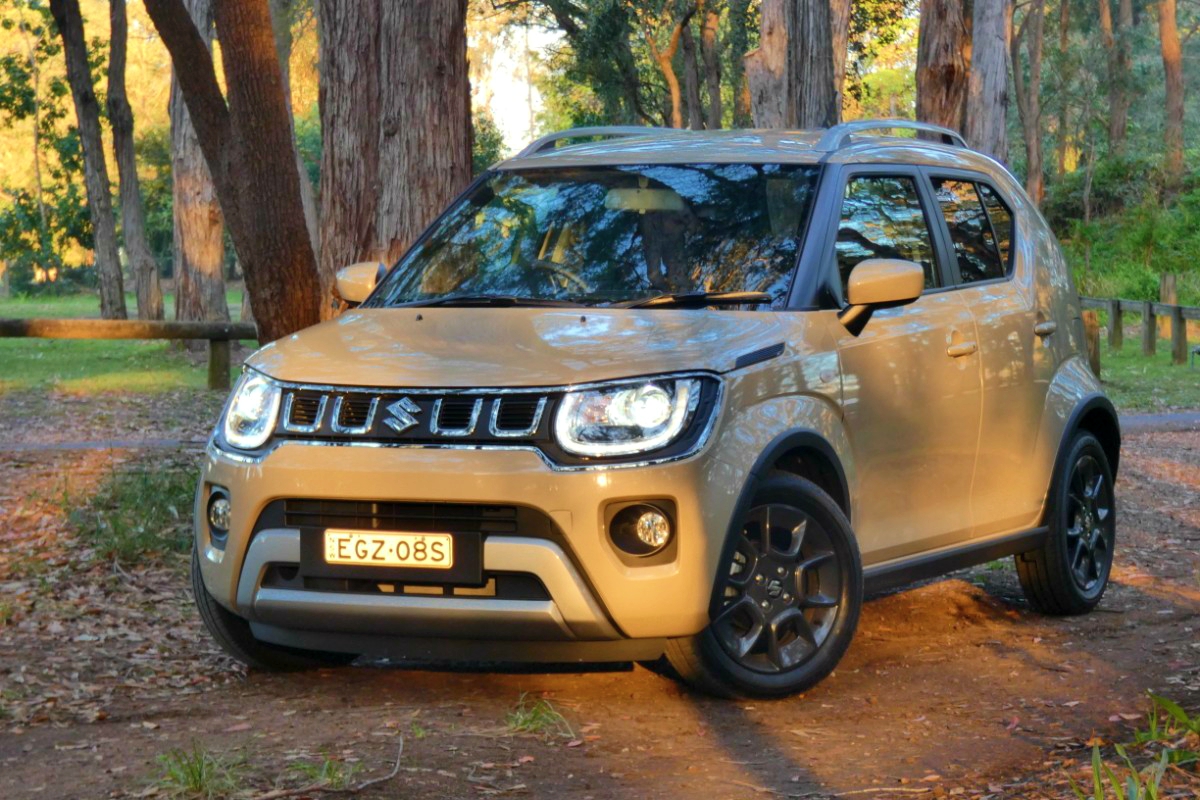 Ignis is small, funky, some might say fugly, and relatively inexpensive — and of course uses hardly any fuel.

Look closely and you’ll see the grille is slightly different, with its horseshoe-shaped embellishments — perhaps for luck?

There’s also new bumpers front and back and a range of new colours. Suzuki describes Ignis as an SUV, but that’s drawing a rather long bow in our humble opinion. 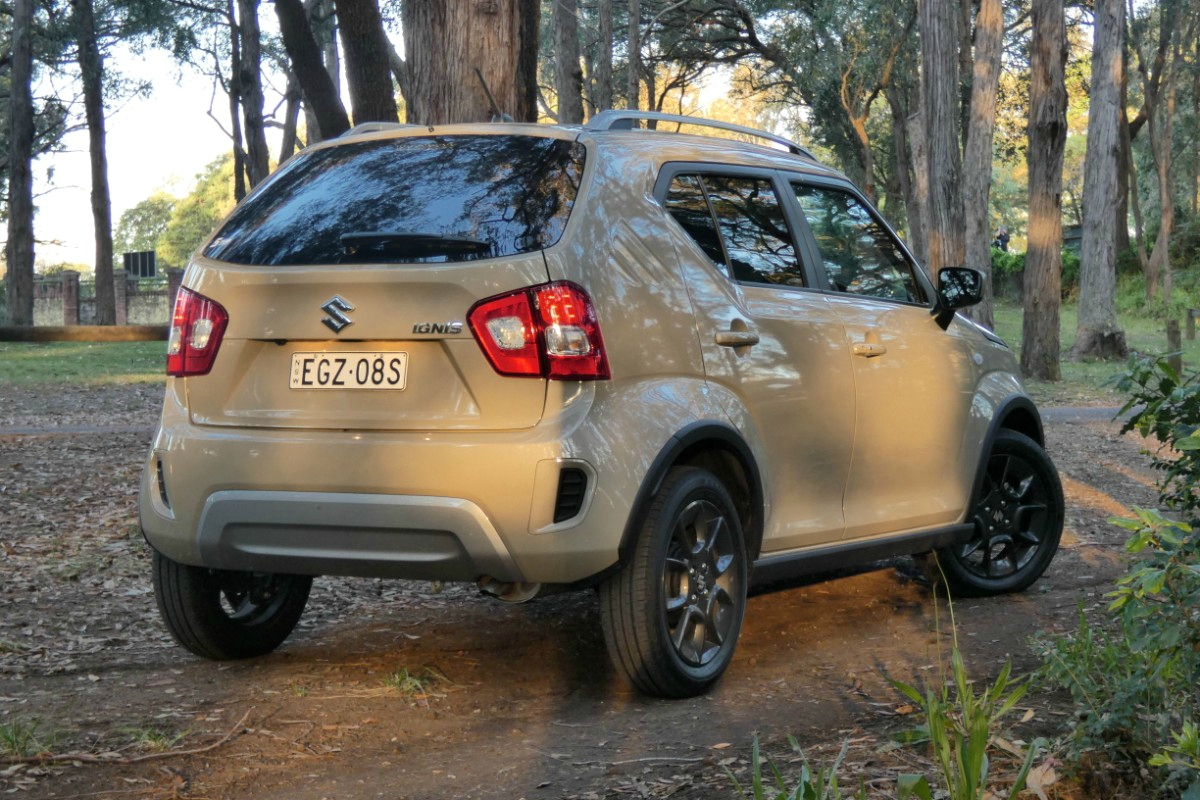 And, something to bear in mind, the GL seats five — the GLX, four. Not sure why, though it would be a bit of a crush with three in the back.

Both models are powered by the same 1.2-litre four cylinder engine.

It’s equipped with six airbags and electronic stability control, but not much else in the way of the latest safety aids — and unfortunately still does not have a safety rating. 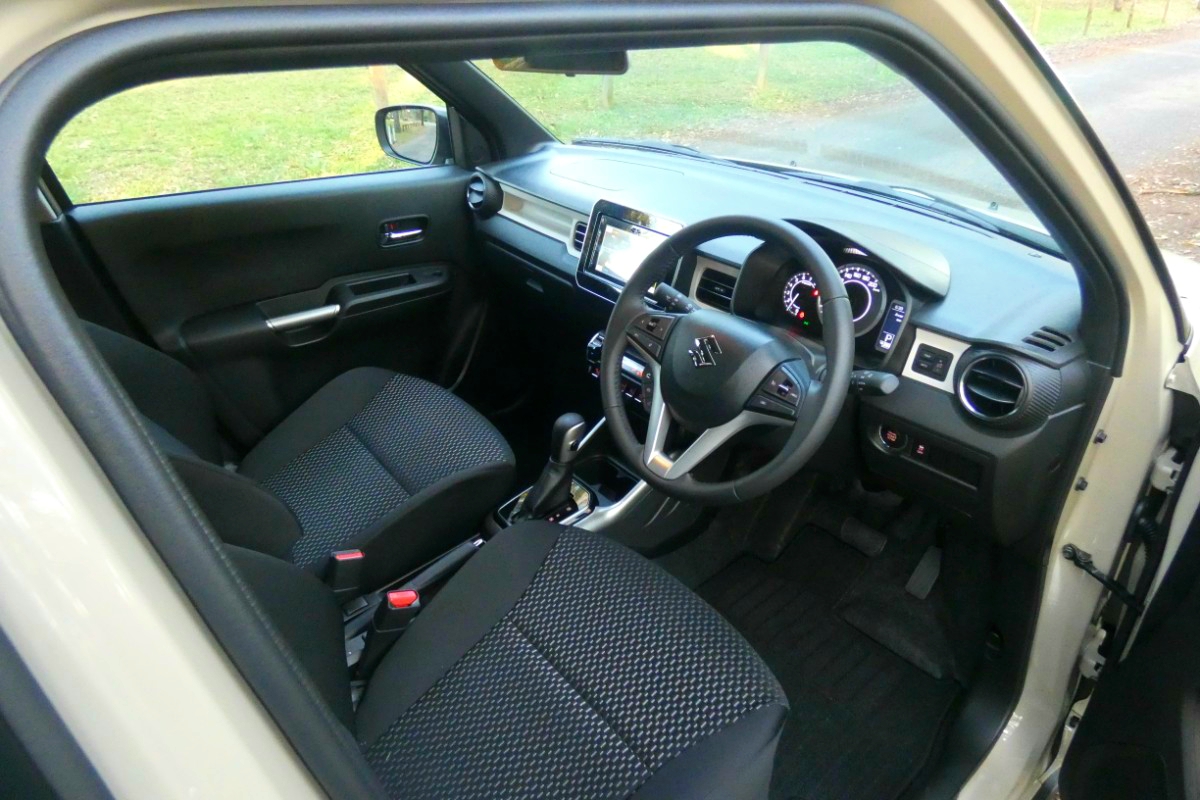 With a tiny four pot, we weren’t expecting much in terms of performance.

But, do you know what, it’s a zippy little bugger, providing more than enough motivation around town.

The 1.2-litre four cylinder petrol engine produces 66kW of power and 120Nm of torque at 4400 revs, and is available with a five-speed manual or CVT style automatic transmission.

When it comes to performance, it’s all about the weight of the vehicle that the engine needs to push, and at a relatively light 865kg it doesn’t have to work too hard with this one.

In other countries where Ignis is sold, it’s also available with diesel and hybrid powertrains — but that would of course bump up the price in a price sensitive section of the market.

Being the GLX, our test vehicle comes with the CVT auto.

They do this by continuously varying the drive ratio to optimise power against fuel consumption — there are no gears as such.

That’s all well and good, but the result unfortunately is a pronounced zoomy feel and sound, as if the engine could soon blow up, as the drive belt moves up and down — and it might not be to everyone’s liking.

The good news is that despite this it works rather well in the Ignis and the zoominess doesn’t really come to the fore until the engine is under load — say when it’s going up a long hill.

A thumb operated button on the side of the gear selector switches the CVT to sport mode.

It works okay around town, keeping the engine in the 3500 to 4500 rev range, and makes the throttle more responsive.

Bear in mind, however, the Ignis is designed primarily as an urban runabout.

Its light weight contributes to performance, but combined with the short wheelbase, means the car will become easily unsettled on county roads (and it packs a space saver).

The steering is light and suited to its role, but lacks reach adjustment.

The brakes, though drums are fitted to the rear, are fine.

The boot is small and deep, but you can quickly drop the rear seats if you need some extra space.

The provision of a touchscreen, with satellite navigation and a rear view camera is to be applauded at this end of the market.

But the satnav needs some work and speed camera warnings would be welcome — not to mention the curious term ‘speller’ as pictured? 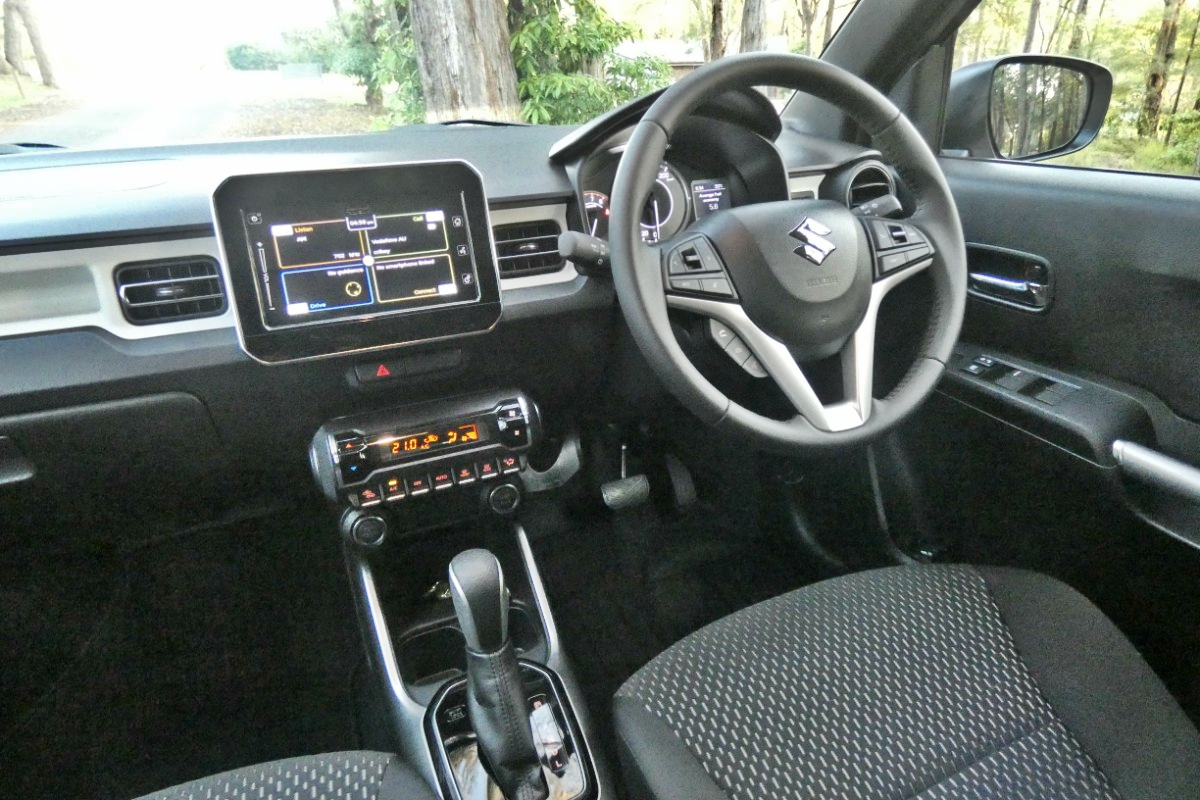 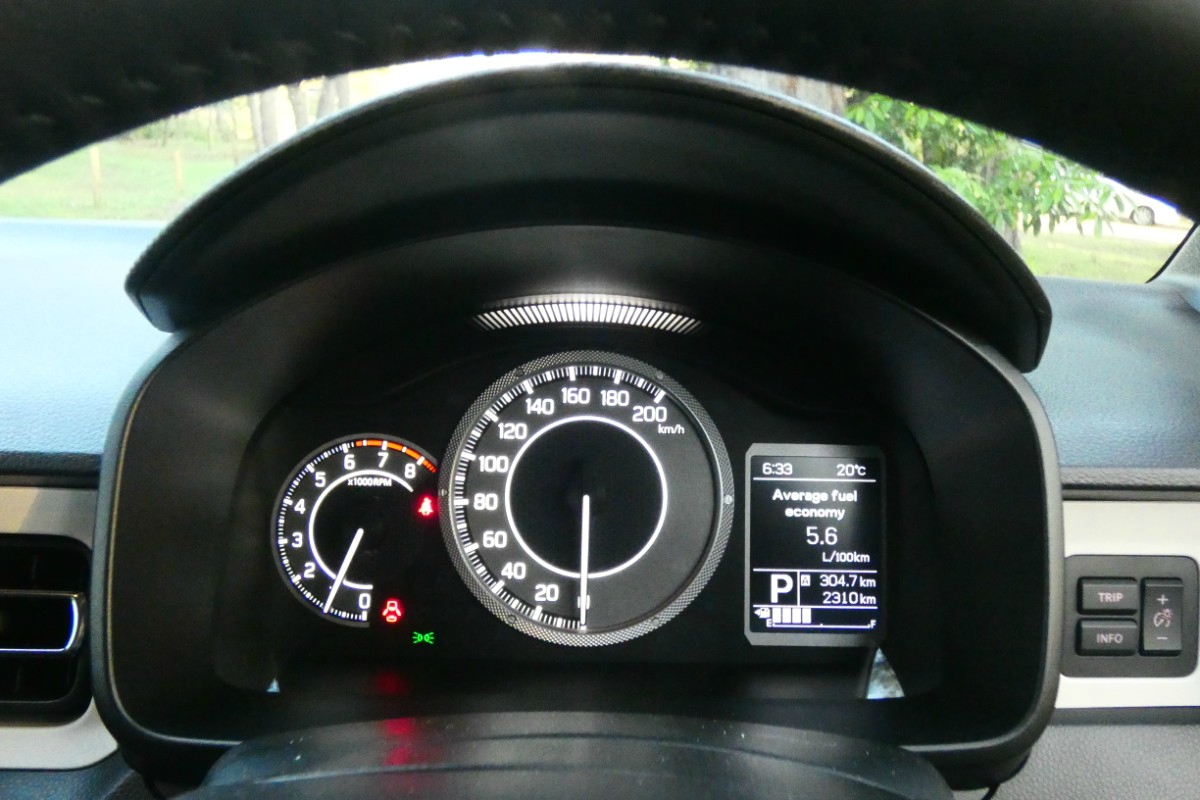 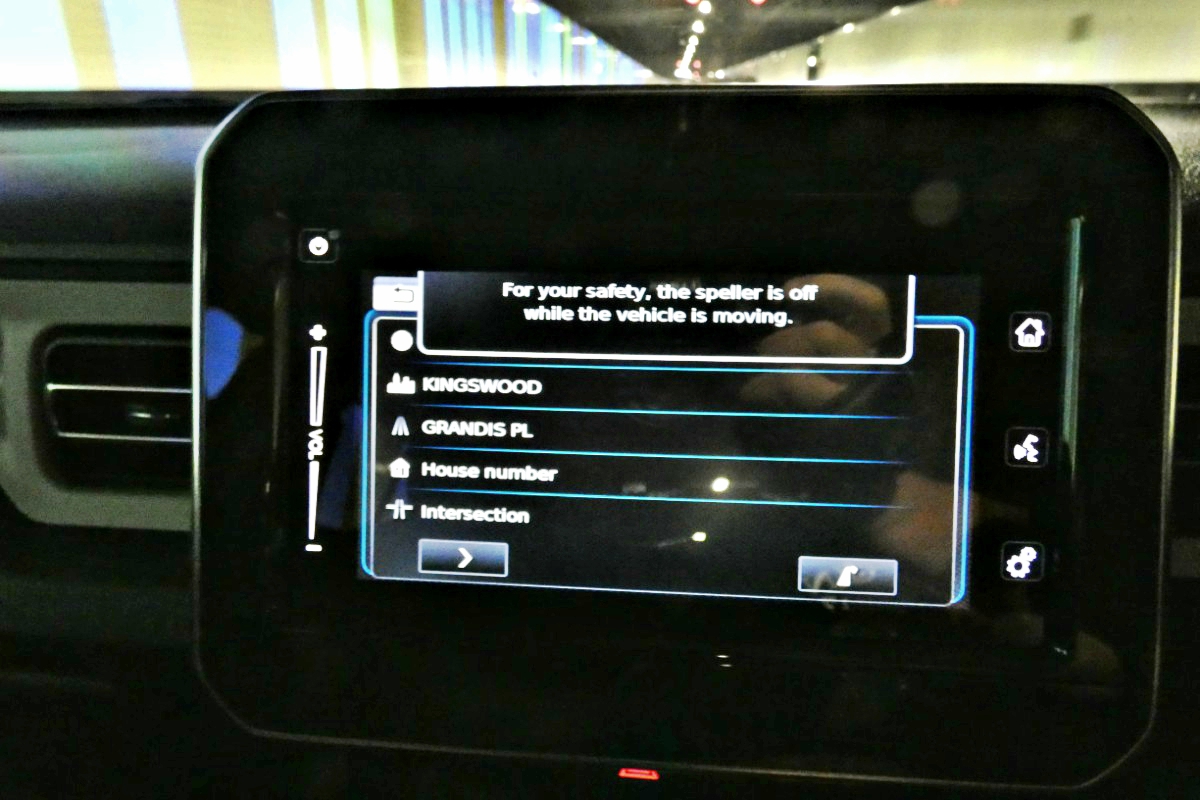 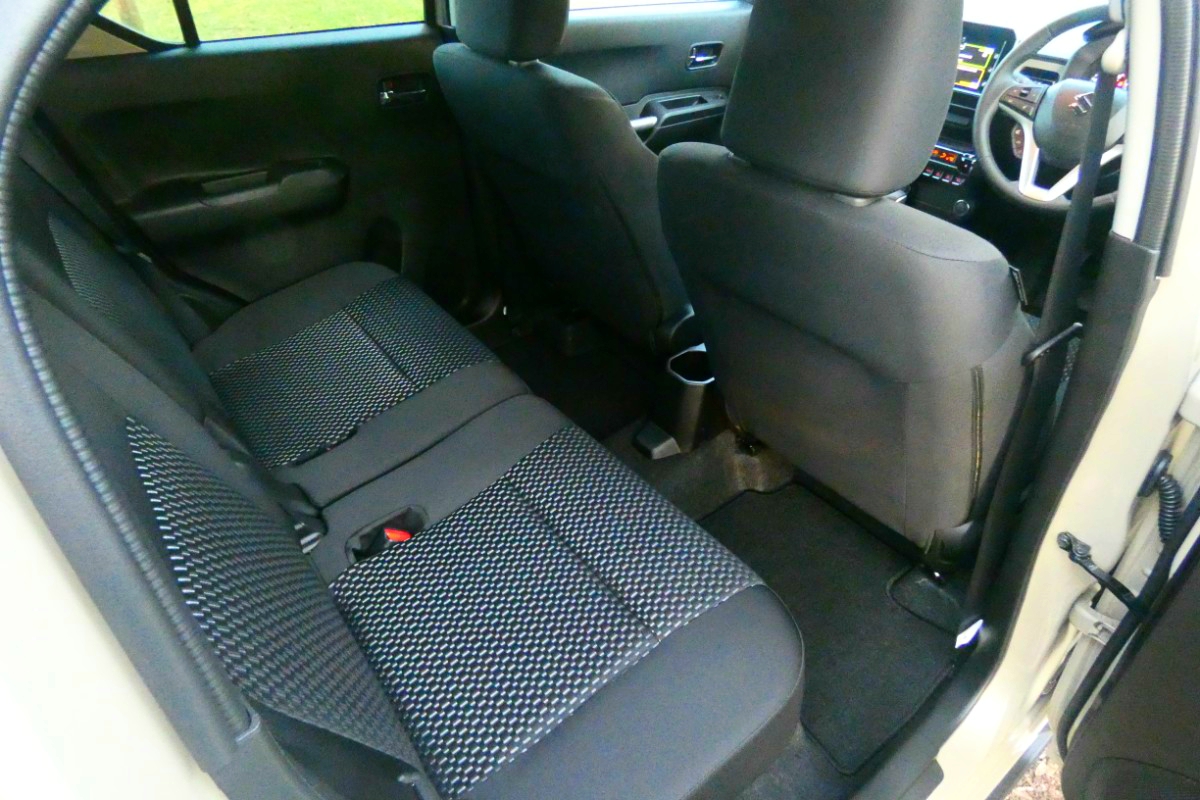 Ignis sits head and shoulders over the likes of lightweights such as the Alto, Celerio, and Mirage.

It’s one of those rare cars that is more than the sum of its parts — fun to drive, frugal to run and entirely fit for purpose. 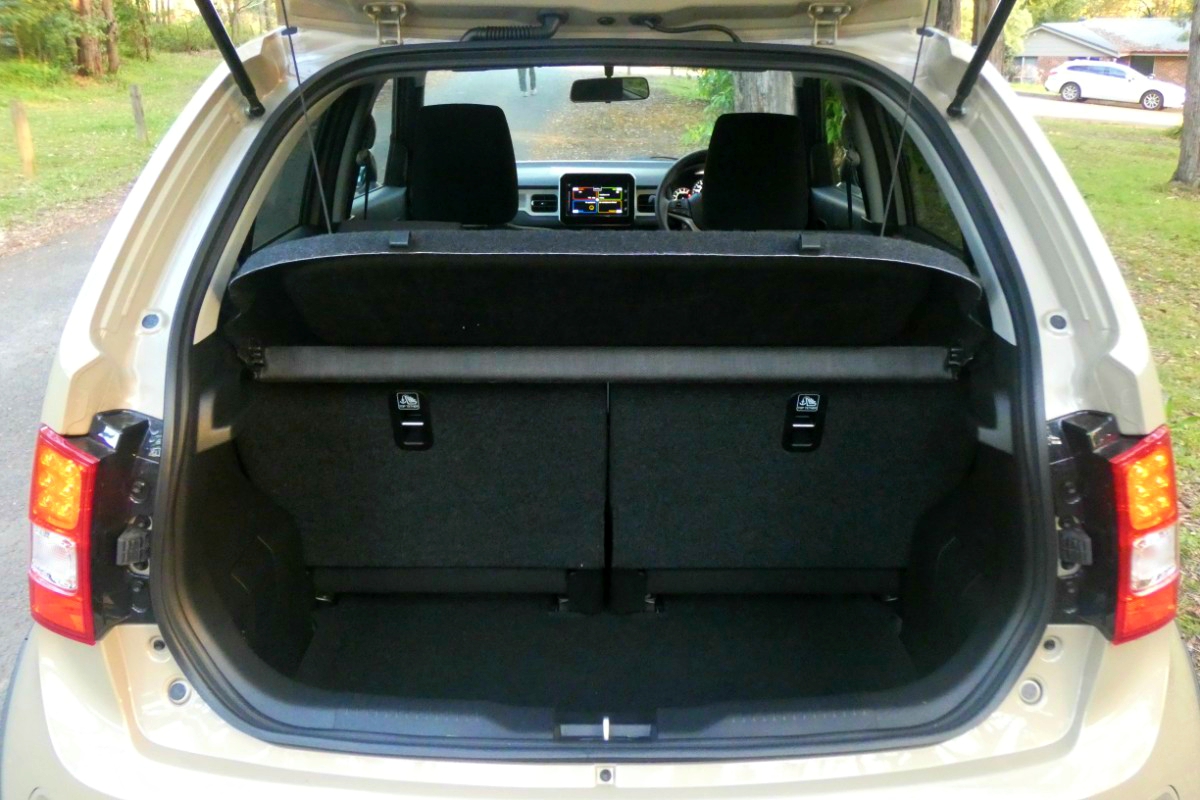 Check out deals on the Suzuki Ignis