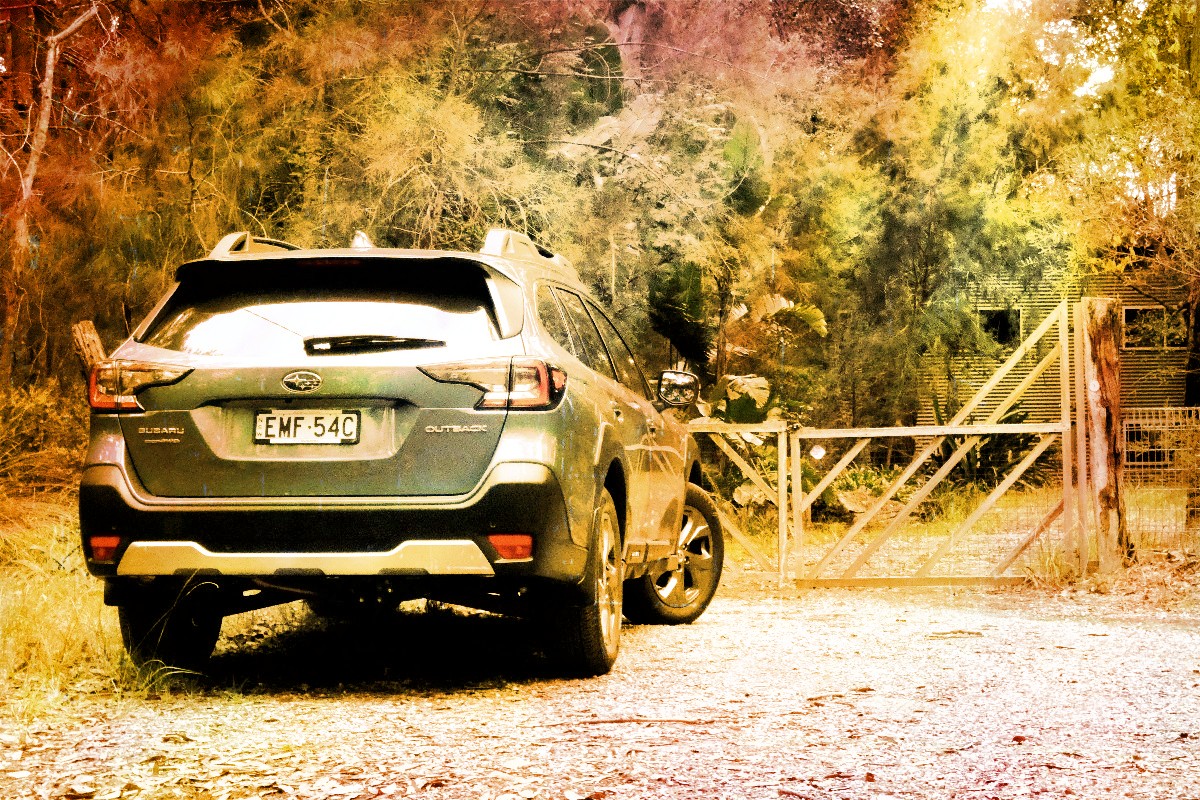 Subaru Outback: Don’t fix it if it ain’t broke 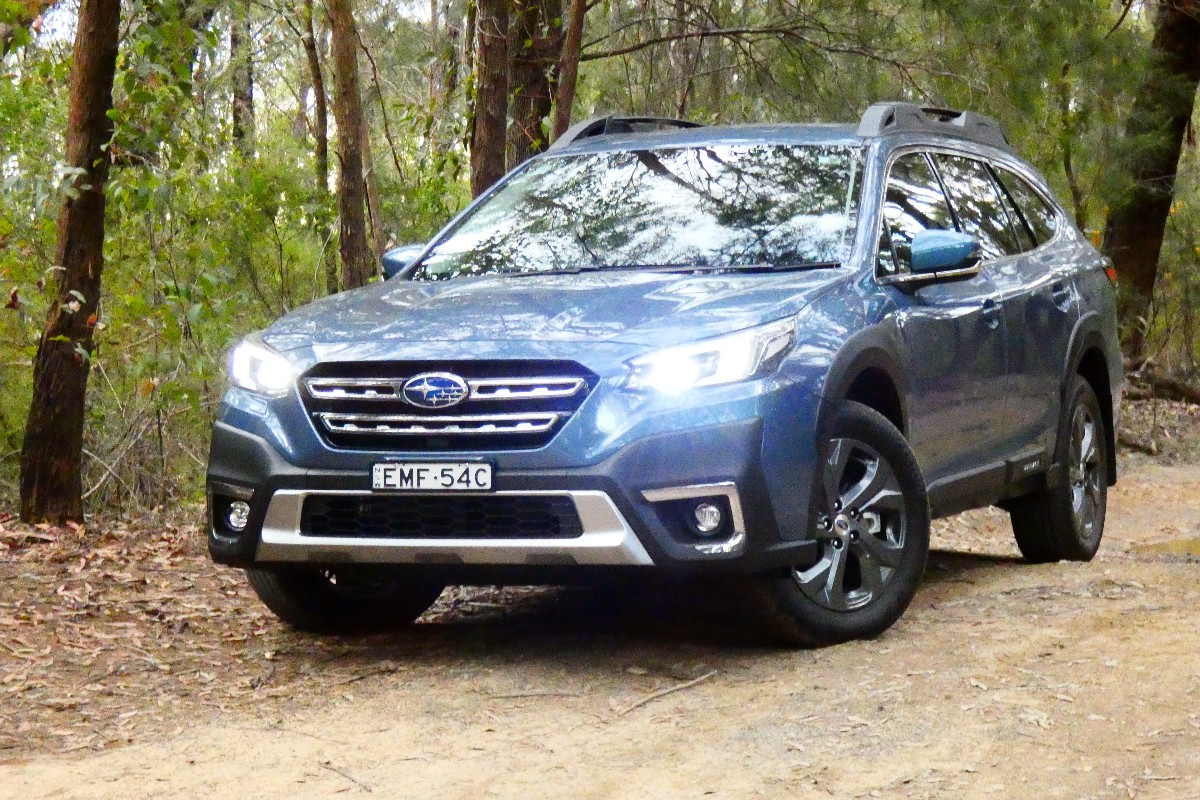 Outback is one of the longest serving names in the Subaru lineup.

Launched here in 1996, almost 25 years ago, it’s now in its sixth generation and feels very familiar — with one or two surprises.

One of the biggest of those is the huge, let’s just say that again, huge portrait-style touchscreen that dominates the cabin. 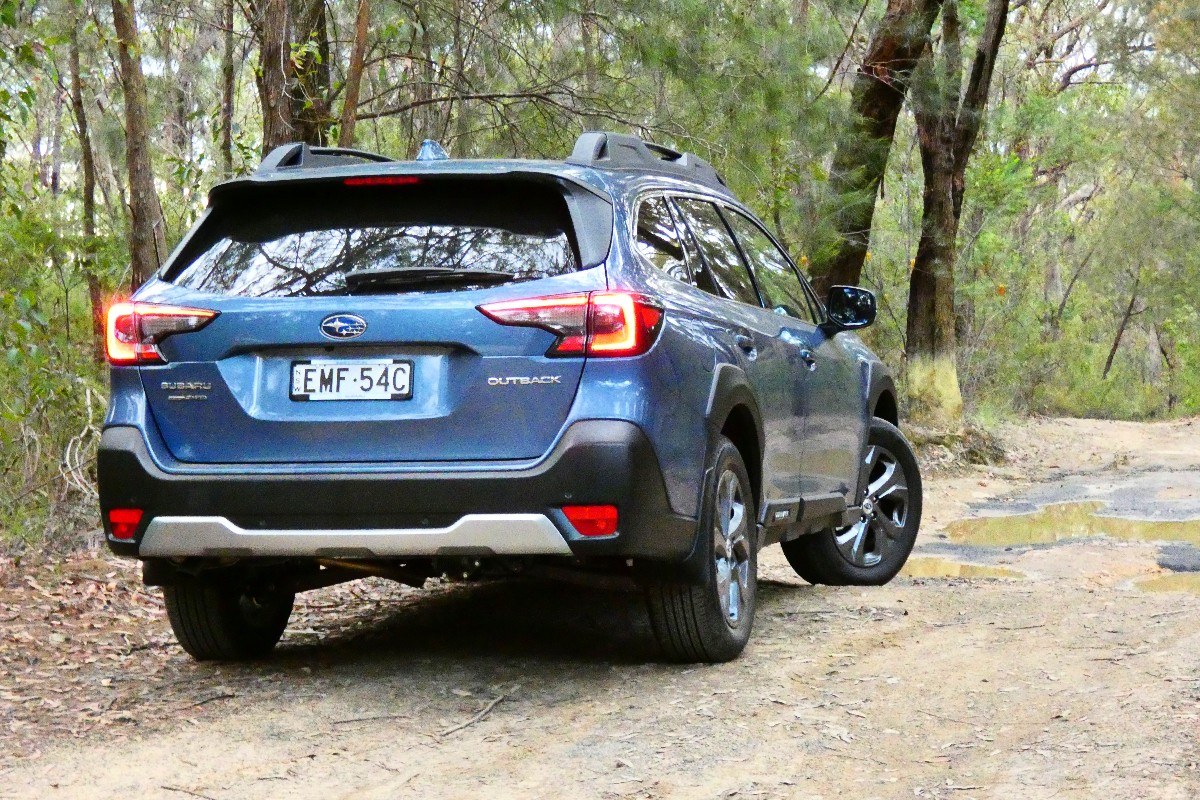 Priced from an unbelievably sharp $39,990, even the entry Outback is very well equipped.

What do you get for your money. To discover the detail, you need to trawl a 12,859-word press release — I kid you not (I usually run out of breath around 1200).

With sales up more than 150 per cent year-on-year, Outback is second only to Forester, accounting for 26 per cent of overall sales so far this year. 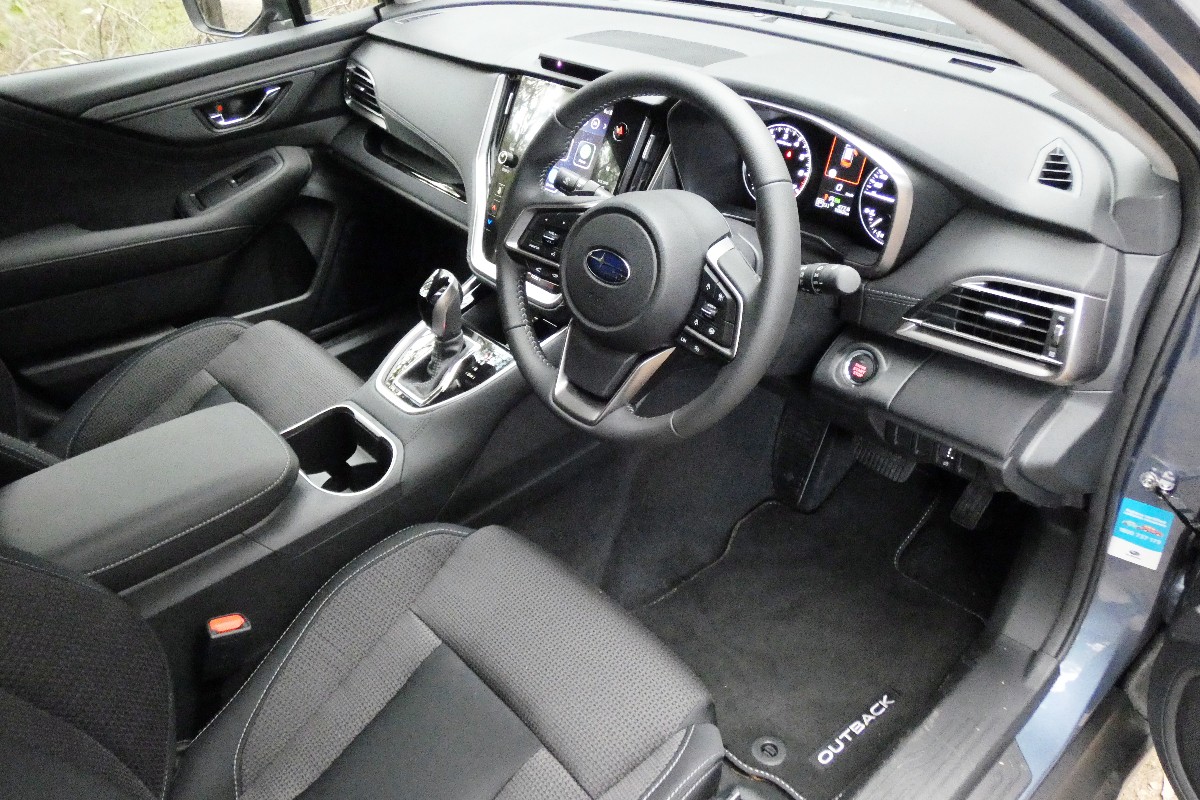 Interestingly, Outback has remained true to the original formula.

It looks pretty much the same as its predecessor, with a nip here and tuck there.

You can call it an SUV, but when you get down to it, it’s really a jacked up wagon, with a bit of cladding to emphasise its off road credentials.

For whatever reason, Subaru has resisted the temptation to wipe the slate and turn it into an SUV, as it with the Forester — although that moment may still come.

In the meantime, like the last Outback we drove 18 months ago, the latest one does what it does.

A diesel is no longer available, in what is still a predominantly diesel SUV market, while a hybrid has not found its way into this model yet.

That just leaves a 2.5-litre four cylinder petrol engine, that Subaru claims is 90 per cent new.

The direct injection boxer layout delivers 138kW of power and 245Nm of torque, the latter from 3400-4600rpm — almost 7 per cent more power and 4.2 per cent more torque than before.

It’s paired with a CVT-style continuously variable auto, with a greater spread of ratios for improved take-off and better fuel economy.

But it does gave paddle shifts and 8-speed manual mode, as well as sport and intelligent drive modes.

Drive is to all four wheels, but only part of the time.

Although described as Symmetrical all-wheel drive, it is in fact an active split system with torque distributed between front and rear wheels as required.

In short, it remains front-wheel drive most of the time.

Auto Stop-Start now incorporates “Change of Mind Control” which as its name suggests, restarts the engine within 0.2 of a second — if you change your mind.

Suspension is Mac struts at front and double wishbones at the back and it rides on 18-inch wheels with 225/60 series rubber, with a full-size spare.

Performance from the big four cylinder engine feels fine most of the time.

It’s only when you hit the accelerator hard and start to become demanding, that you’re reminded its a four, and a naturally aspirated four at that — one that’s hooked up to a CVT.

Now, we reckon Subaru makes the best CVTs in the business, with a detente point that invokes manual mode when you want it.

But the system in the Outback is unconvincing when pushed hard, bearing in mind that maximum torque, what torque there is — is produced from 3400-4600 revs.

It feels and sounds tinny, raucous even as the transmission searches for revs and the CVT starts to exhibit the zoominess that makes them so objectionable.

At other times, in fact most of the time, the drive experience is superlative, with a cabin that is super quiet and a ride that is super smooth.

The cabin is roomy and comfortable and the huge touchscreen impressive, but we were disappointed to find this model does not come with satellite navigation.

You can hook up your phone, but as seems to be the norm, our phone wouldn’t connect to Android Auto at first and when it did, of course the  system refused to cooperate until the vehicle came to a stop.

It makes you wonder why car manufacturers don’t go the whole hog and turn the system over to Apple or Google, and let you install apps — then you could download the app of your choice and easily navigate with it?

The word “marketing” springs to mind, followed by “support”. It’s a whole can of worms.

The big portrait style screen does not show one huge map, but rather tiers of information — map at the top, audio and air controls below.

The actual drivers instrument cluster is old school with two analogue dials separated by a small info panel where speed can be displayed digitally and the speed limit is shown. 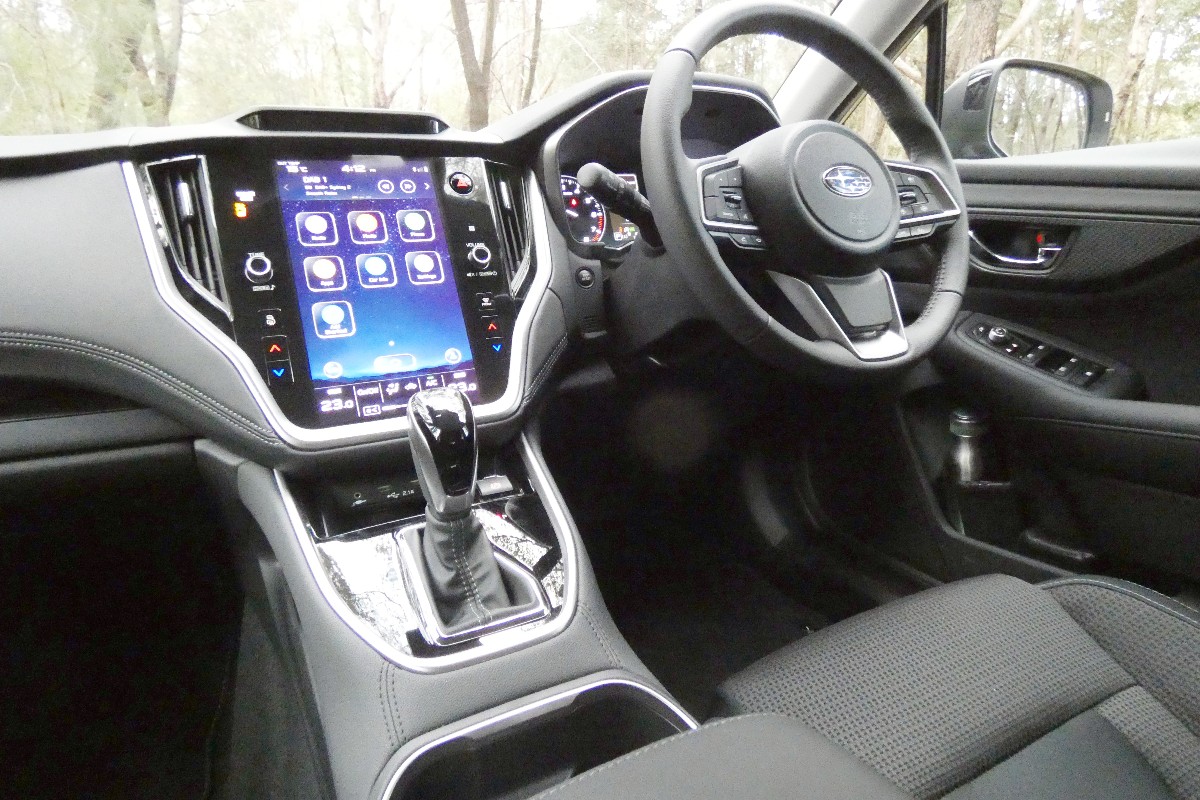 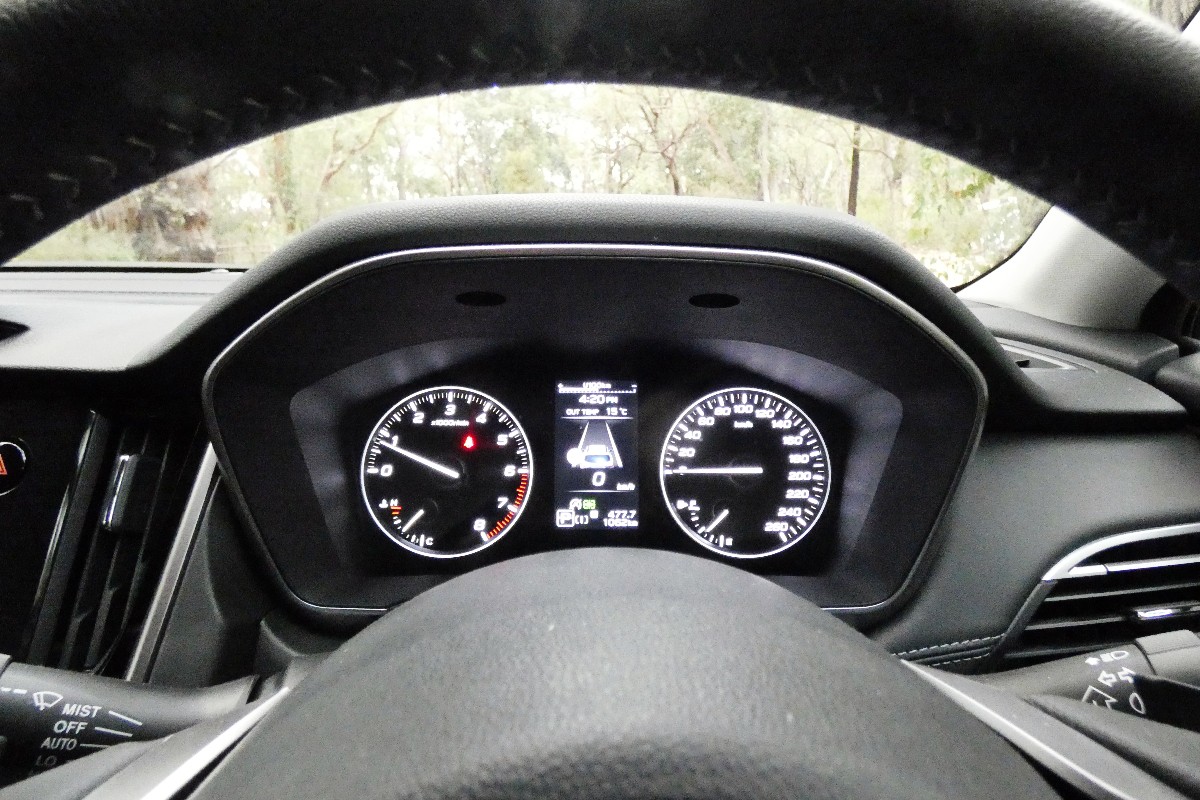 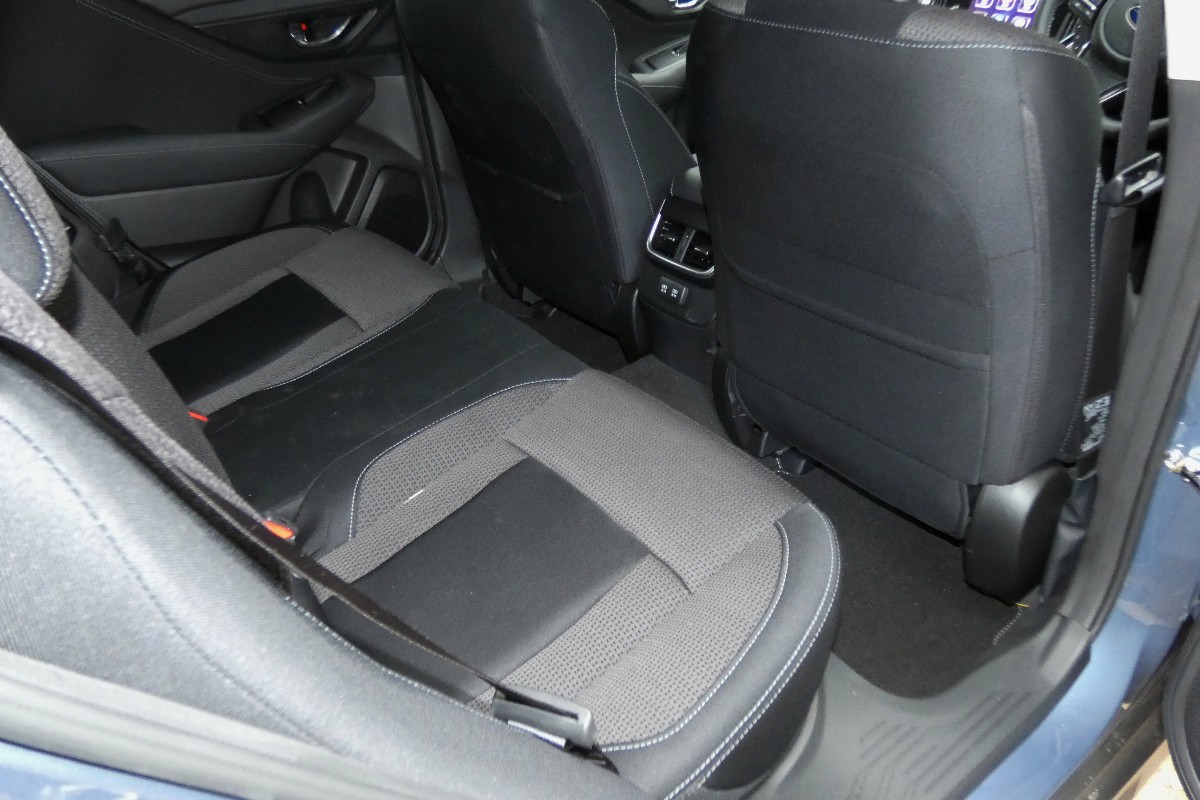 Outback is an impressive car.

Impressive at the price ($44,788 driveaway). Impressive for fit and finish and the level of equipment, amd impressive for its smooth ride and comfy, super quiet interior.

If you can cope with the drivetrain, then it’s all good. If, however, you expect more from your cars, then I’d probably wait for the hybrid to come along.

And, just quietly, what does the prospect of a fully electric future mean for Subaru’s raison d’etre, it’s major point of selling difference — the “Boxer” term and engine? Will we see a Boxer battery pack?

Anyway, whichever way you jump, be sure to hang out for a deal and with Subaru that always means free on road costs. 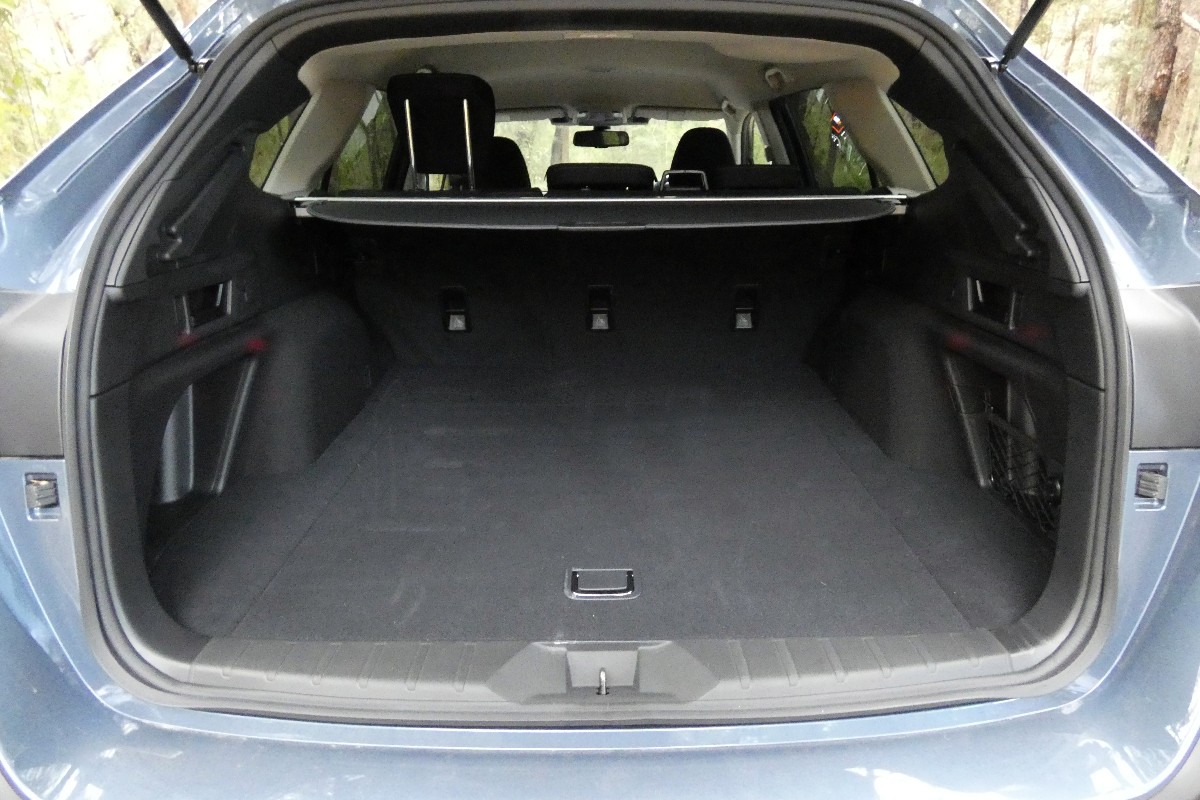 CHECKOUT: Subaru Impreza: The little sedan that can