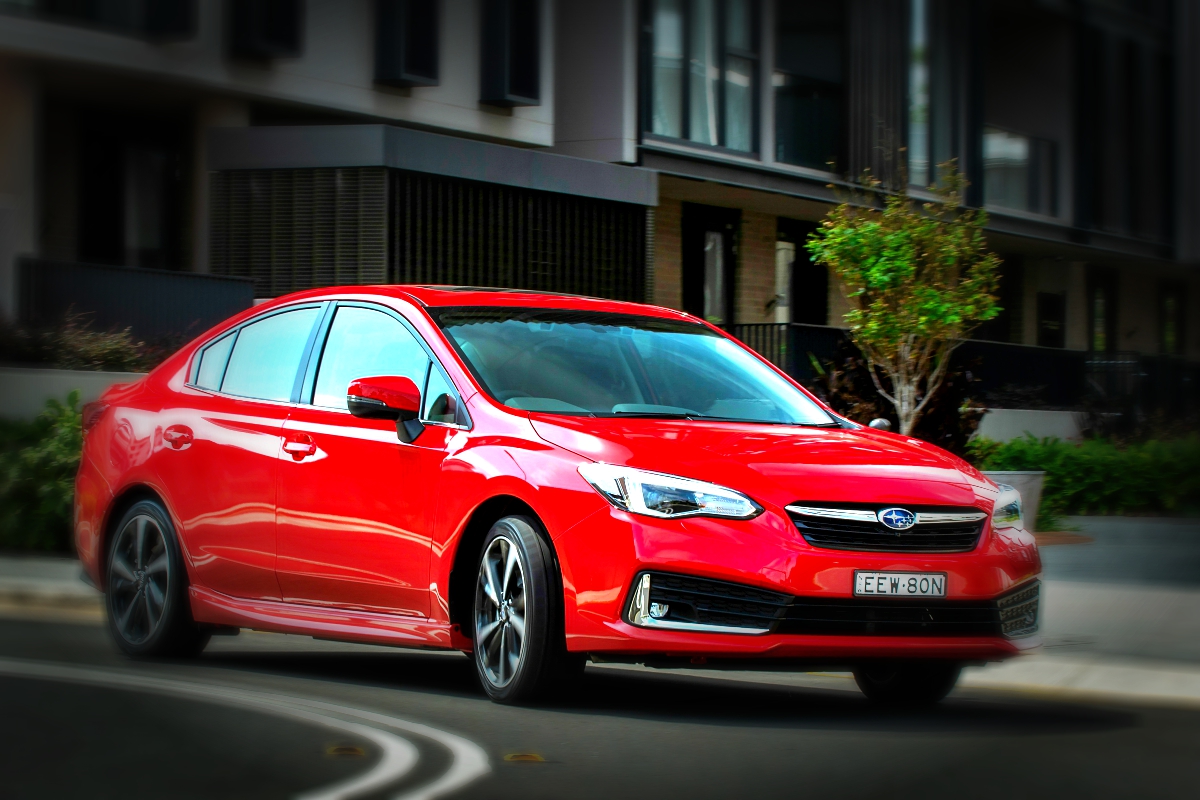 Subaru Impreza: The little sedan that can

Home
Test drive
Subaru Impreza: The little sedan that can 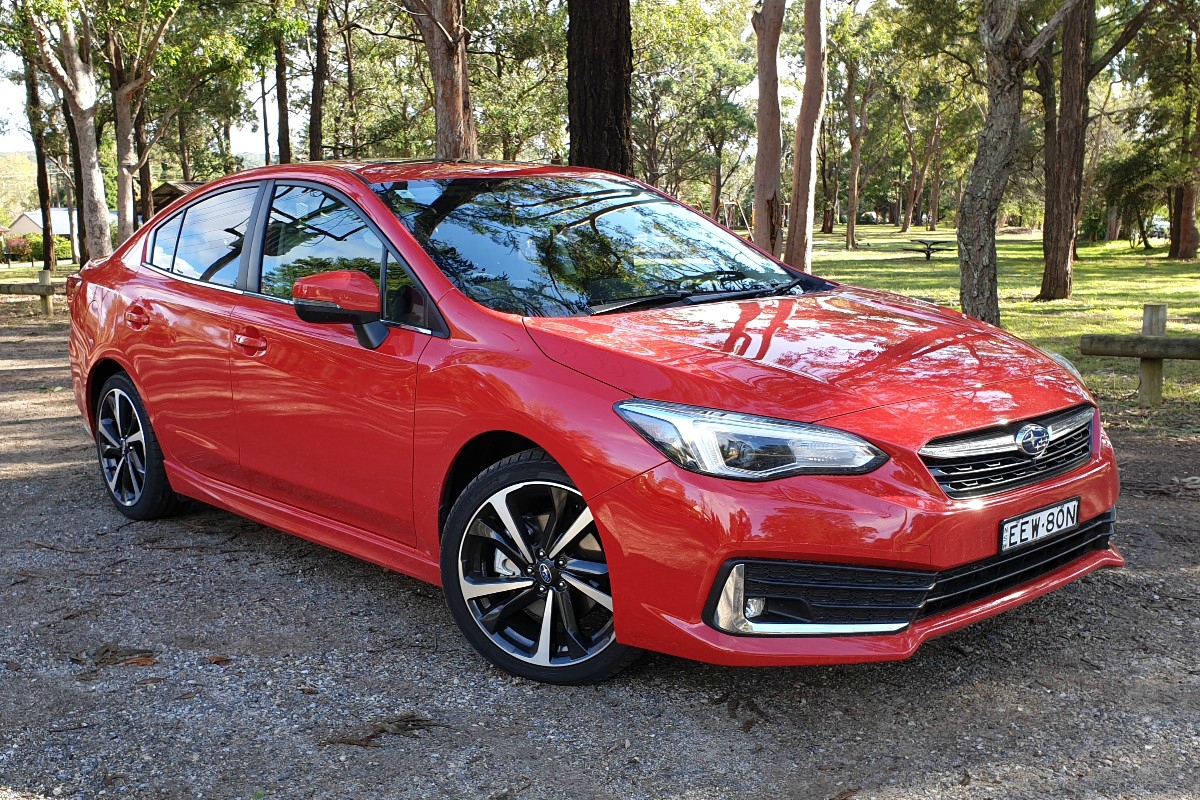 It’s Subaru’s gallant, swim against the tide, little car that does.

Impreza has been part of the Aussie landscape since 1993 and although it’s never reached the dizzying heights of a number one, it’s grown a solid fanbase.

Much like the two SUVs we’ve reviewed recently and spawned from the Impreza’s platform, it was given a mild facelift some time ago.

As yet, there are no hybrids and Subaru Australia confirms there are currently no plans to hybridise the little car that can and does. 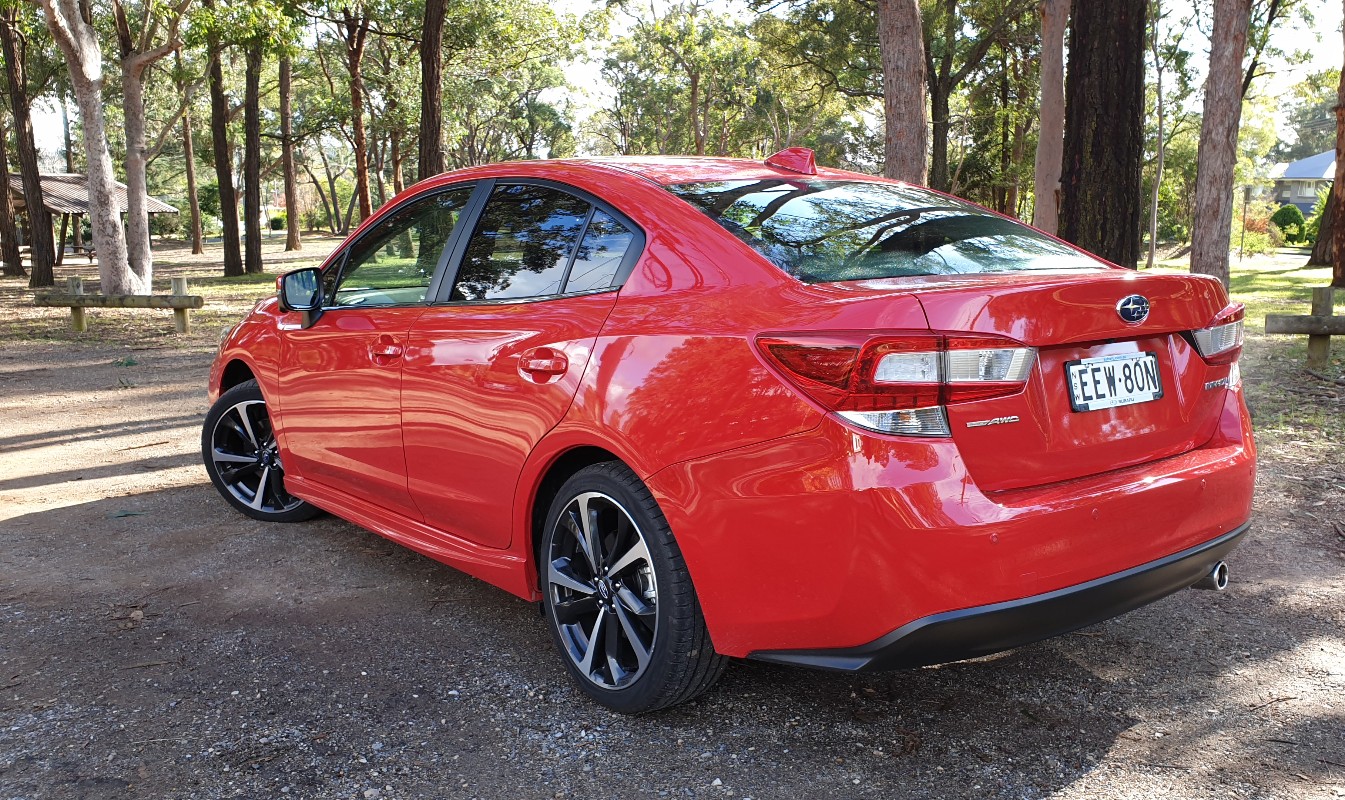 Prices for the four-model range start at $23,740 plus on-roads for the entry level 2.0i, while the range topping 2.0i-S floats at around $35K driveaway.

It lacks for little in trim and features, but the architecture is in need of an update to allow for niceties such as a smartphone charge pad and relocation of the awkwardly placed USB ports.

As the donor platform for the Forester and XV, the elegantly styled interior features the same three-screen layout for the dashboard.

The steering wheel is solid Subaru with tabs and buttons for the various forms of information access.

Audio is Bluetooth and DAB, but again the touchscreen won’t clearly show information like artists and songs titles that DAB and FM piggybacks into audio streams.

Being the top of the range there are heated leather seats, cupholders set aft of them, fold out cup holders for the rears seats, and bottle holders — one for each door.

Being a sedan, boot space is important too.

For a small sedan, 460 litres is a pretty good size, however there are no folding seats in the rear to access the cargo section.

The exterior changes seem to fall into a minor restyling of the air intake under the headlights, and now looks more like something from a Volkswagen.

As expected, safety is also high with the Eyesight system, seven airbags, collision avoidance, and very handy camera monitoring that displays in the uppermost screen. 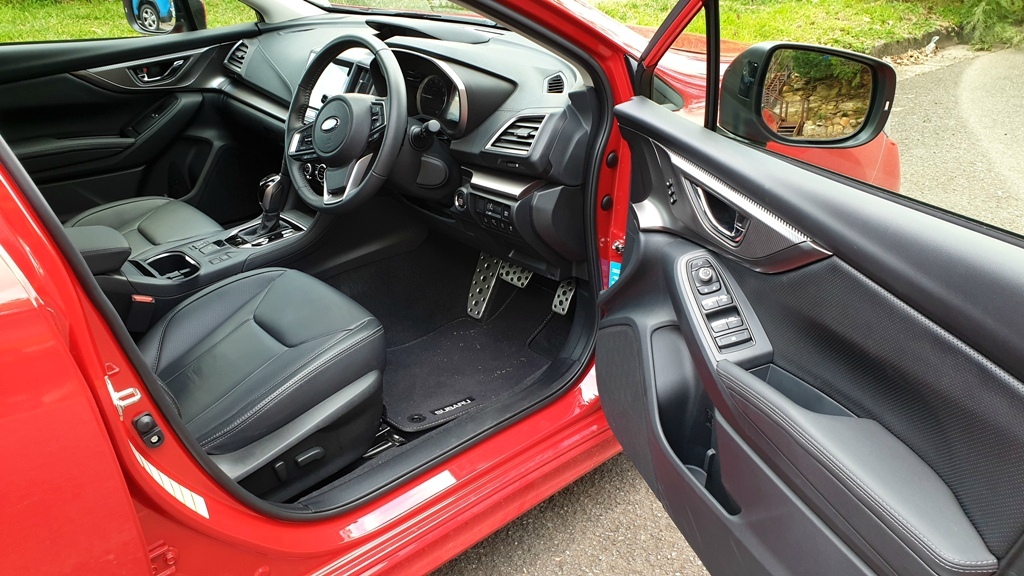 First up, there’s the question of economy versus the hybrids.

The Impreza finished on a figure of 7.1L/100km, bettering both the Hybrid Forester and Hybrid XV by over a half litre per 100km.

However, there’s a catch, a catch that is actually the reason why.

There is a substantial weight difference between the Impreza sedan and the Hybrids, which means the sedan has less mass to lug around.

The sedan also comes with a “full-size” tank of 63 litres, not the somewhat compromised, due to battery location, 48 litres in the Hybrids.

Powerplant-wise it boasts only a 2.0-litre petrol engine. No diesel, and as mentioned, no hybrid.

Ride-wise, the S has a more sporting-oriented tune than the rest of the range.

Grip is slightly higher too, thanks to the Advan rubber.

Subaru’s all-wheel drive system comes into play a lot when exploring the chassis in corners that demand to be driven hard.

With torque-vectoring on board, the grip is superb and allows the 1400kg sedan to be pushed and pushed hard.

However, as usual, it’s the CVT, complete with seven pre-programed “gears” — that is a low light.

There were times when the CVT seemed confused and unsure as to where it should be in the range.

There’s the constant sensation of slippage from medium throttle upwards.

There is the mix of the traditional CVT rev and settle, against a change of cogs as such, and these are also throttle dependent.

There’s more cog swapping feel on downhill runs as the CVT reads the velocity and drops down in a form of engine braking — but going uphill it’s slip slip slip! 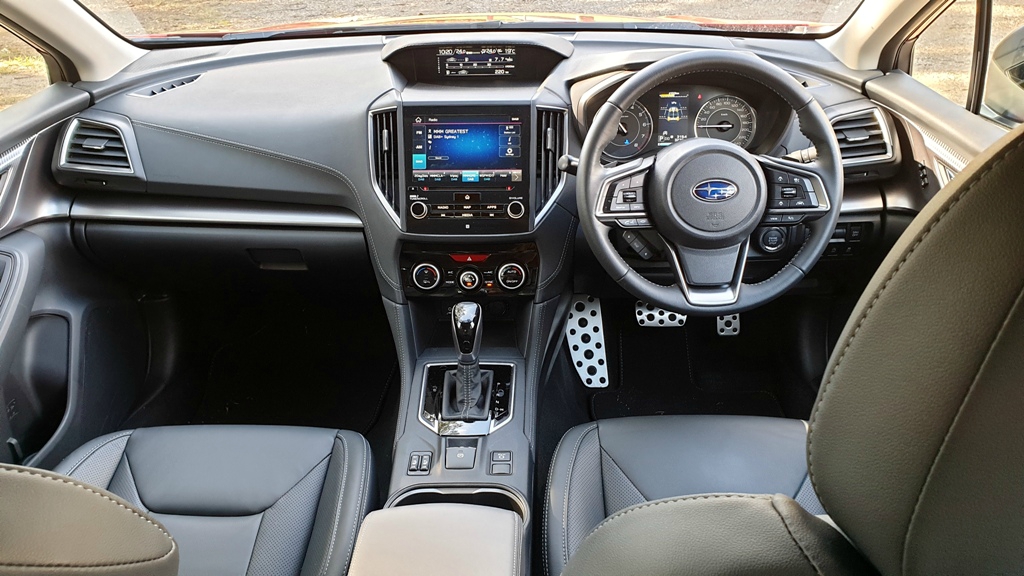 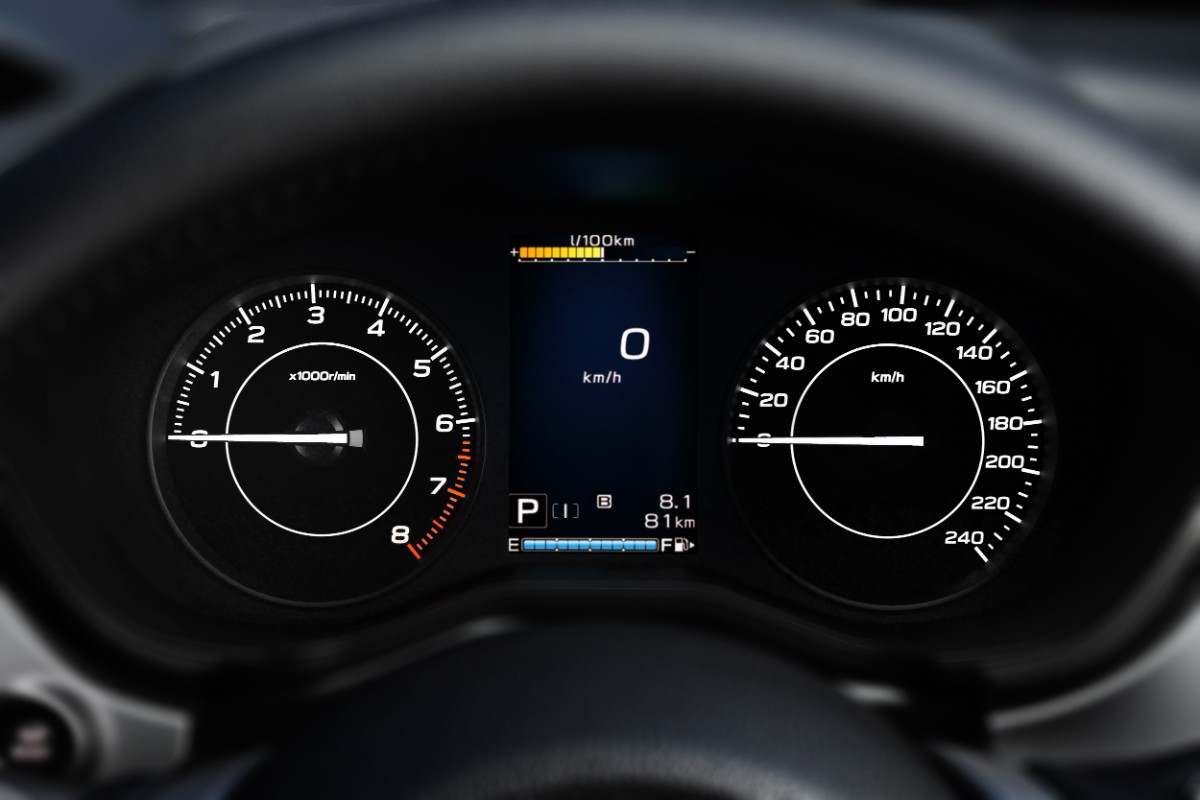 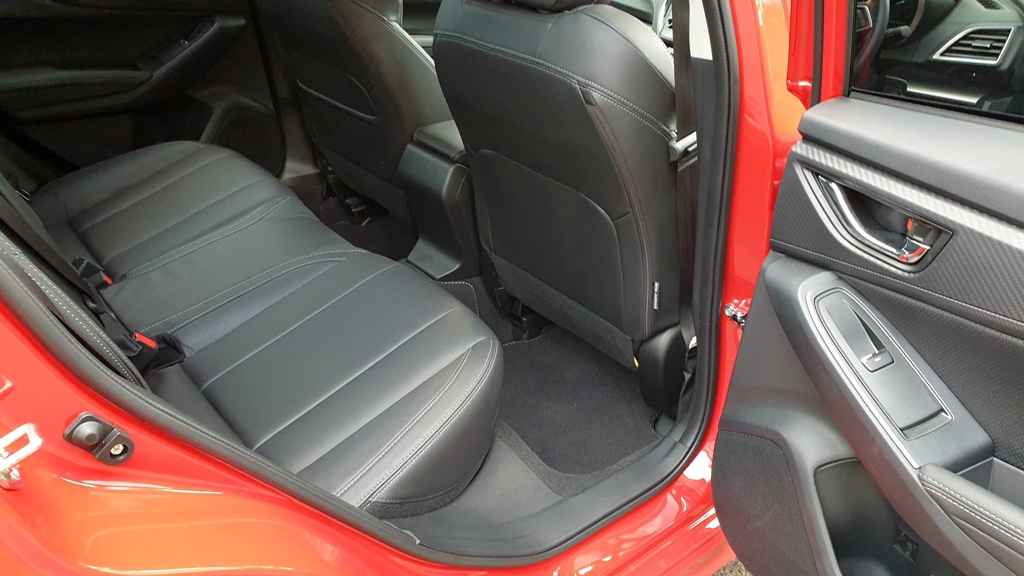 It was a real surprise to find the Impreza 2.0i-S sedan more economical than the hybrids and by a measurable margin.

Although the sedan as a body shape has fallen out of favour, it still has followers and buyers.

Unfortunately for Subaru, the Impreza is known more for its WRX derivative, and not the donor car.

That’s a bit of a shame in one context. The other is the CVT just hurts what could be a far more enjoyable car thanks to the suspension and all wheel drive. 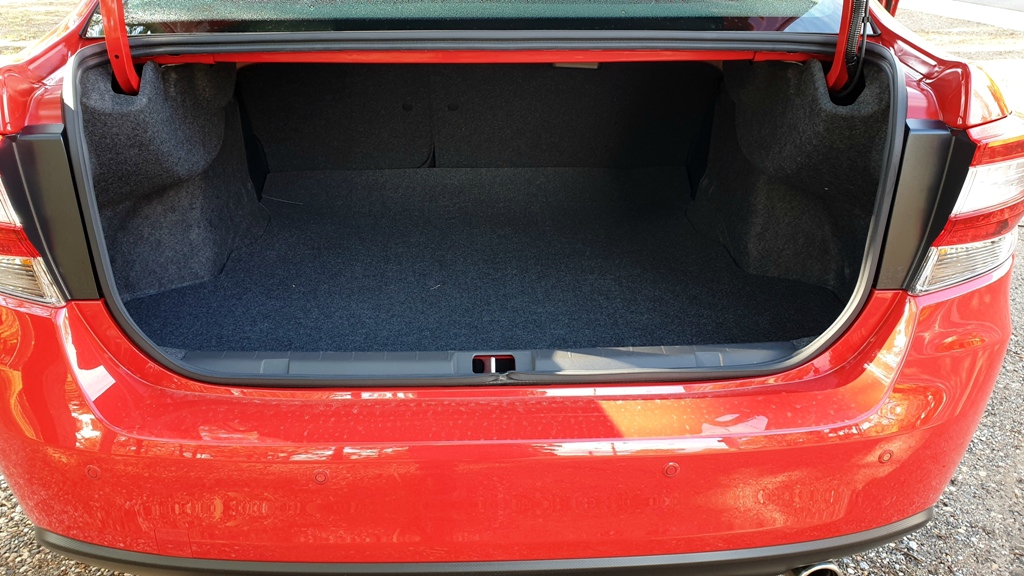 Check out deals on the Subaru Impreza