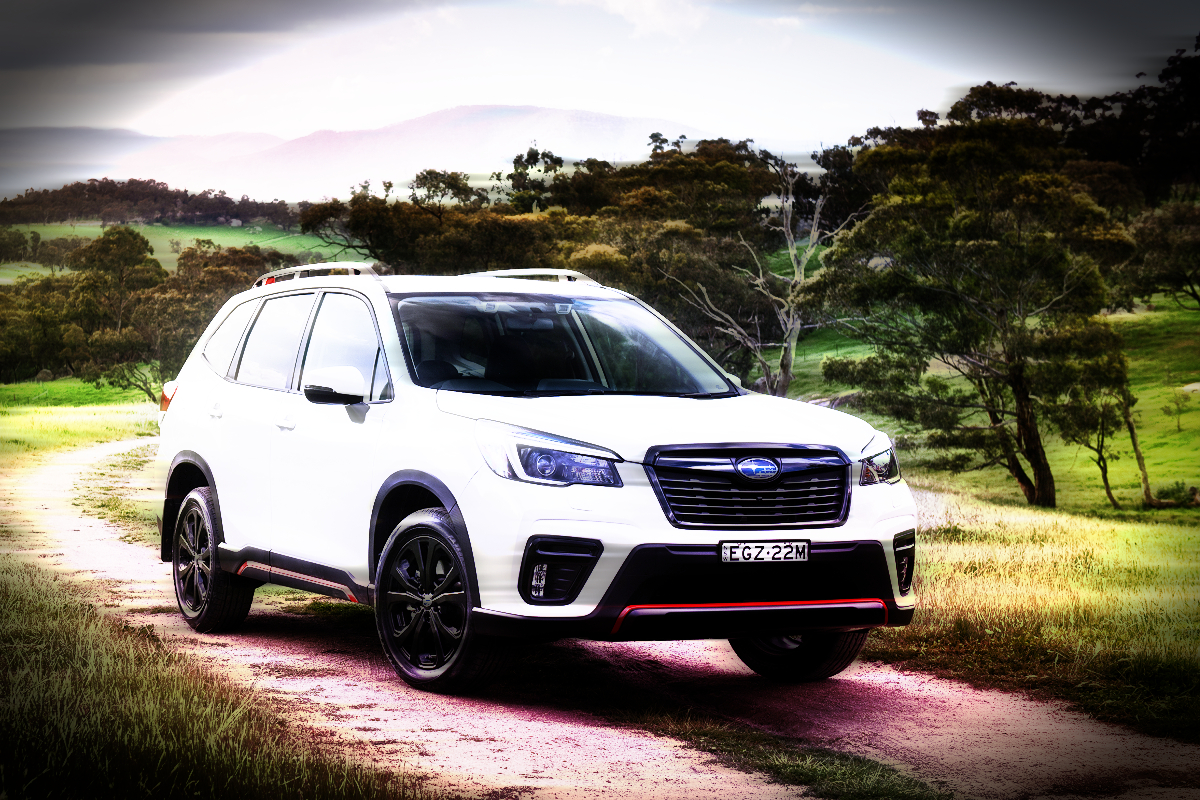 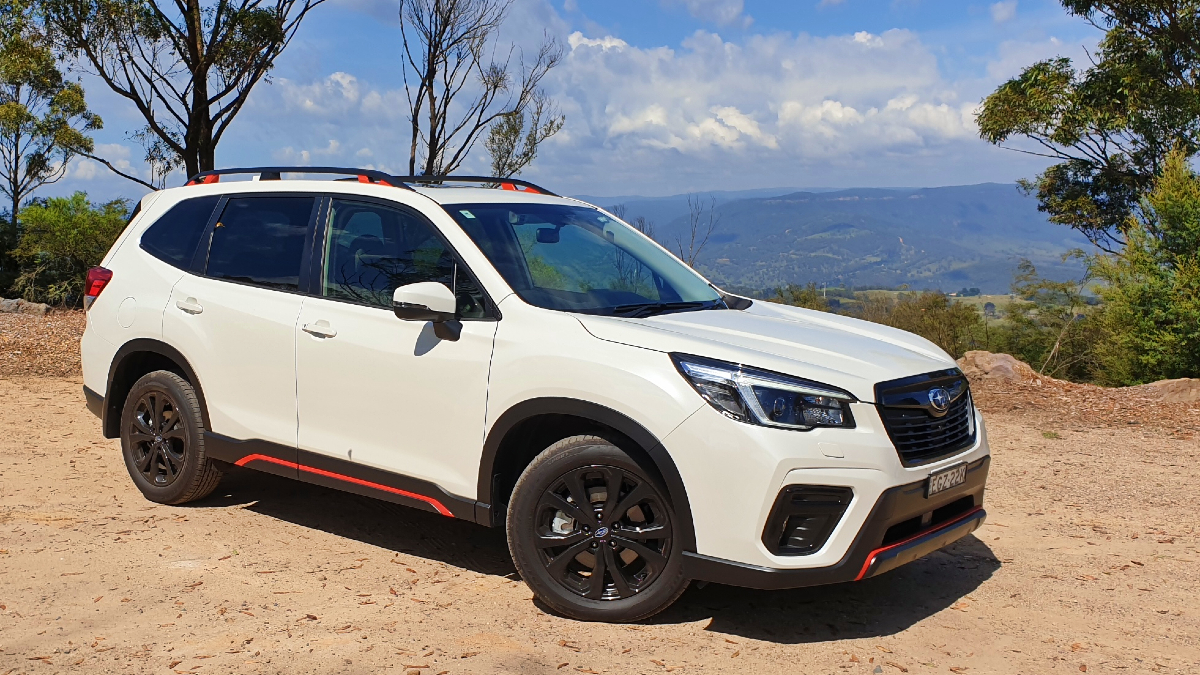 Subaru is that question mark many people place on their car-buying list.

It has the WRX in its bank balance (with a new one on the way), Outback is legendary and the Forester has legions of fans — yet for many it’s never first choice.

BUT when people buy a Forester they fall in love, becoming devoted to the car and brand.

Drive around and all of a sudden Foresters seem to appear everywhere, the Outback is popular in car parks, and every now and then there’s the burble of a warmed over flat four as a streak of blue passes by.

Canny buyers now have one more reason give the car a closer look, with the recent introduction of the Forester Sport.

Feature packed, this flat-four powered SUV that doesn’t look like an SUV may be the one to be put in front of that question mark. 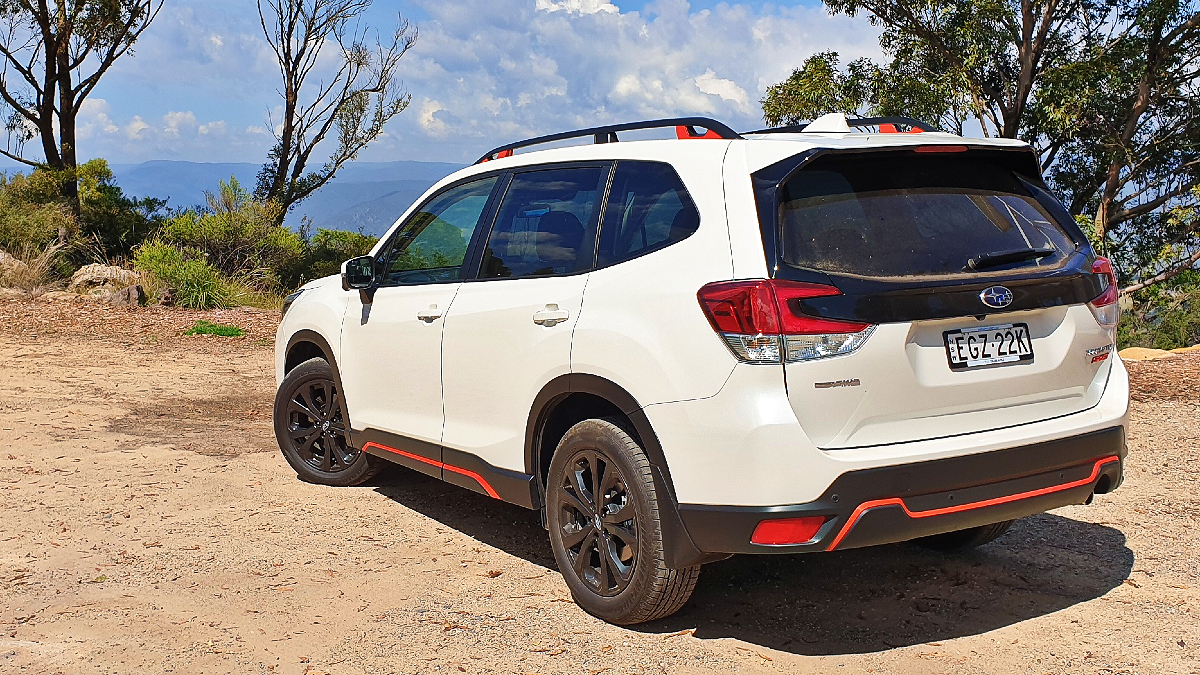 Part of the Sport comes from the flashes of fire engine red that adorn the body and brighten the interior.

There’s a red on black door sill trim and matching treatment for the front and rear bumpers.

Inside there’s the same red wrapping the air vents, drive selector surround, and stitching in the water resistant material of the seats.

On the back of the fronts seats are handy zips so they covers can be taken off and washed.

The interior is otherwise familiar to anyone that’s a Forester devotee.

A triple screen layout consists of a driver’s info screen, centre touchscreen with DAB audio and a separate info screen in its own nook on the dash top.

This provides drive information via tabs on the steering wheel.

The touchscreen that Subaru uses is a decent enough unit but has one flaw.

It’s a small one but . . . the screen doesn’t show the full info for a songs and artist, truncating the words — for example “The Beatl . . .”

As efficient as these three screens are in providing information, the overall design is starting to look dated due to its hard edged, multiple button design, near the driver’s right knee and across the dash itself.

There is also no smartphone charge pad and no space for one either.

The cargo section is a good size at 509 litres and there are cargo hooks and buttons to lower the second row seats for more space.Handy.

Underneath the main floor is a polyurethane foam tray with a couple of storage nooks and tools to swap the full-sized spare for a flat when required.

Those alloys are home to the fabulous Bridgestone Dueler 225/55 rubber with a diameter of 18 inches.

What also is well calibrated is a driver attention monitor.

This is a thin and virtually almost invisible strip on the upper centre display’s binnacle.

If the driver’s eyes are not straight ahead for a few seconds it will issue an alert both visually and audibly.

There’s a camera fitted to the left exterior mirror and this allows for safer parking alongside kerbs.

Subaru’s Lane Keep Assist isn’t as eager as others to wrench the tiller out of a driver’s hands either. 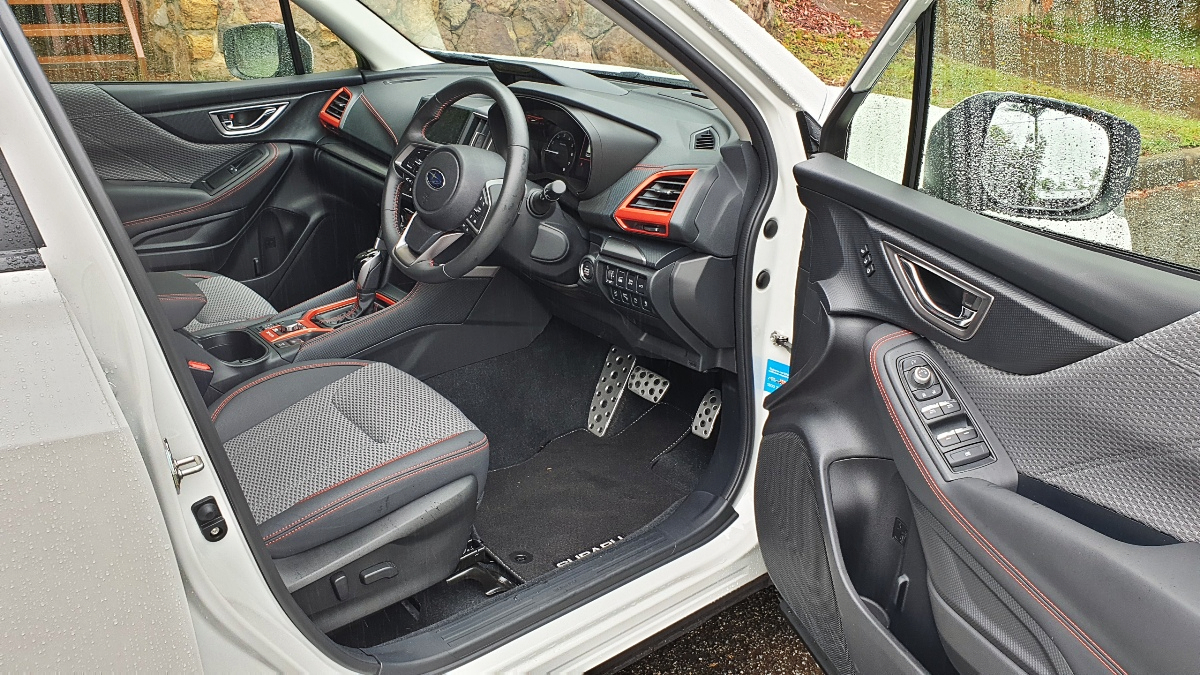 In a way, that’s not the intent of the Forester Sport. Think a little athletics meeting, with children of all shapes and sizes instead.

It’s the slightly pudgy one that can heave a shot put further, or keep pace in the 200 metres — that the kind of sport it is.

It’s a willing and eager package without being the quickest or most powerful.

It’s a package that just gets in and does what’s required and does it perfectly.

CVTs aren’t highly regarded and in some cars and for good reason.

Subaru has however refined, refined and refined its CVT to the point where they’re among the best around and eminently suited to the characteristics of the flat four.

For the Sport, Subaru has dropped the Sport Sharp drive mode, knowing that it’ll be superfluous, based on the car’s customers and place in the market.

The engine’s delivery of torque and how it transitions to the power band is a smooth, linear and unfussed process thanks to that CVT.

The Forester Sport can get off the line at a decent clip but like any CVT prefers progressive application of the go pedal, not the heavy-footed variety.

Steering is nicely weighted, with a natural feel. It’s not overly assisted and doesn’t have the artificial feel that other brands can somehow engineer into their power assistance.

Subaru have upped the drive ante here with a X-Mode dial too.

It allows the computer to adjust the engine and transmission to suit mild off-road work such as mud or gravel.

It noticeably changes the way the car handles and in our gravel test brought an extra level of confidence and stability to the poise of an already well fettled wagon. 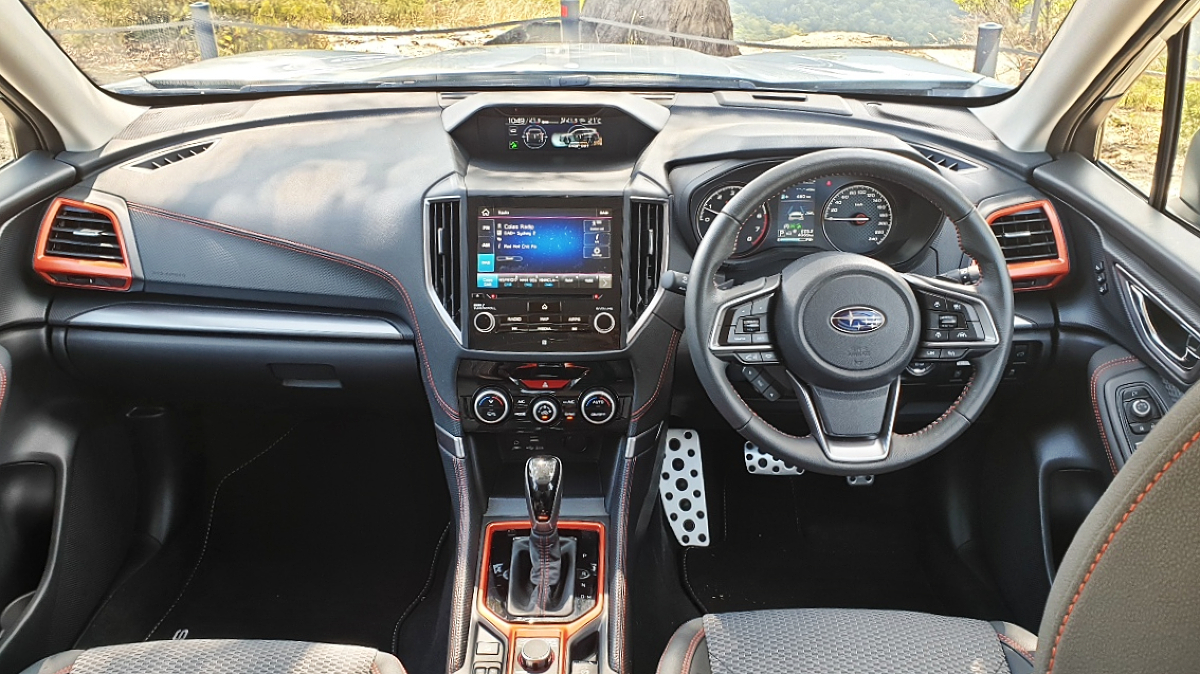 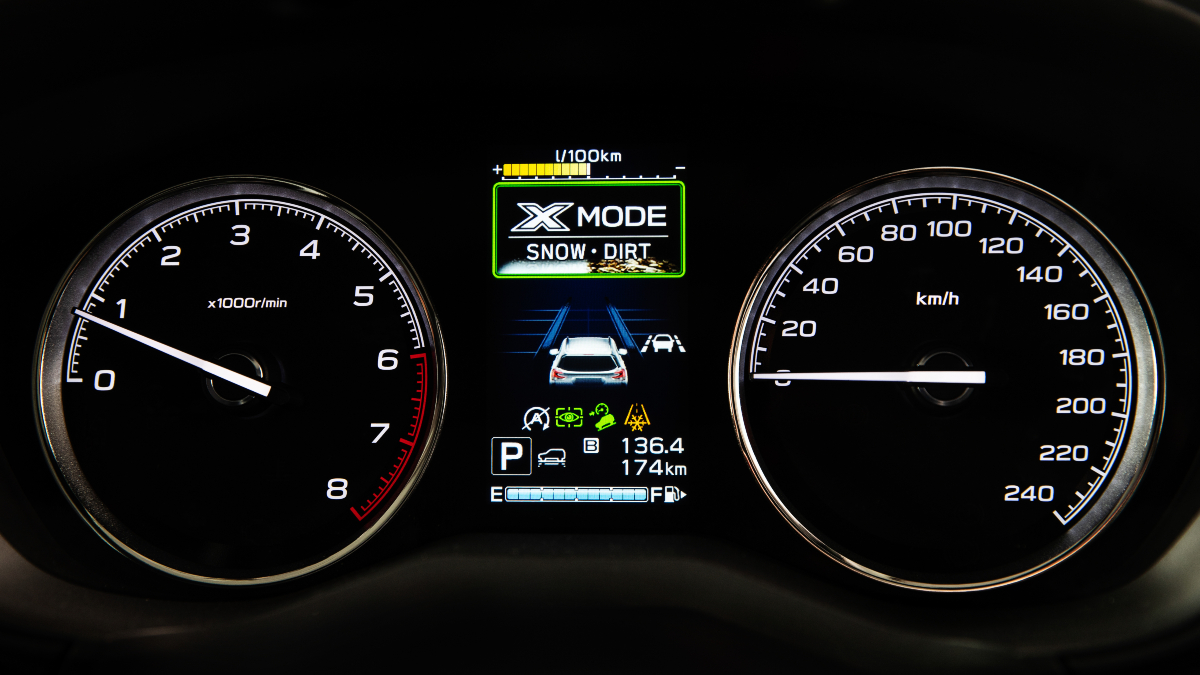 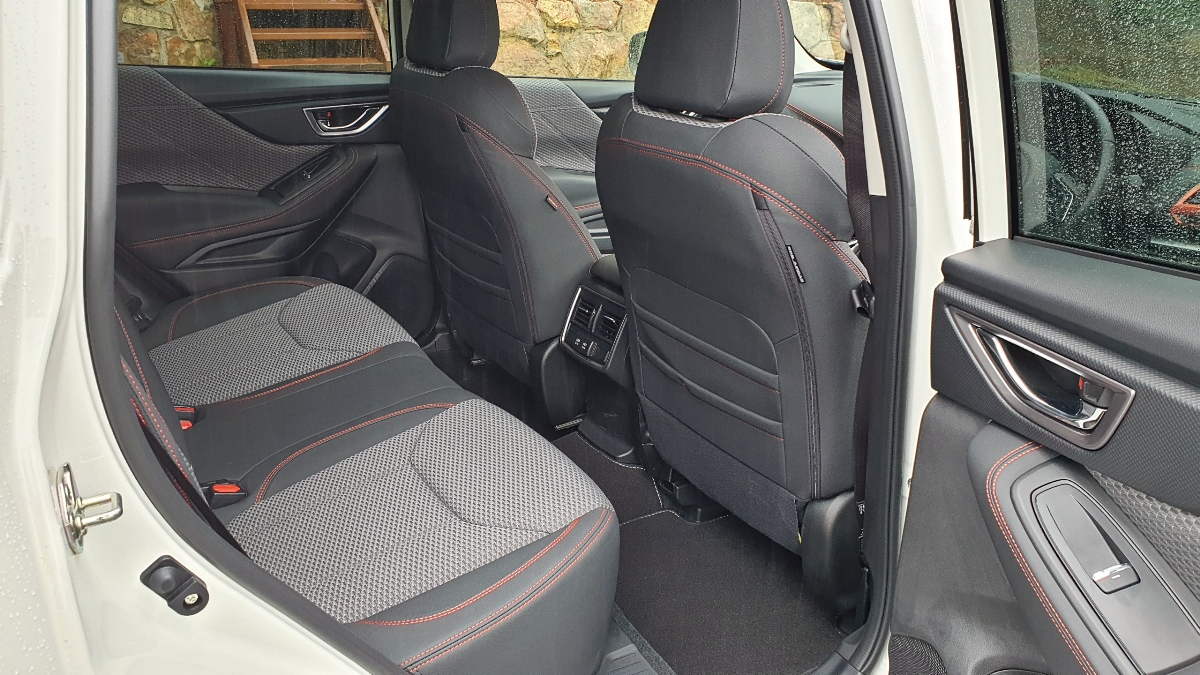 Anyone that has bought and driven a Forester tends to stay with the same type of vehicle due to their versatility, space, and overall appeal.

The 2021 Forester Sport brings a bit of extra colour thanks to splashes of red.

It’s perfect for its intended audience and Subaru’s refinement of the CVT is streets ahead of the competition.

As a package, it continues to show why it has such a loyal following.

CHECKOUT: Subaru Impreza: The little sedan that can

Check out deals on the Subaru Forester