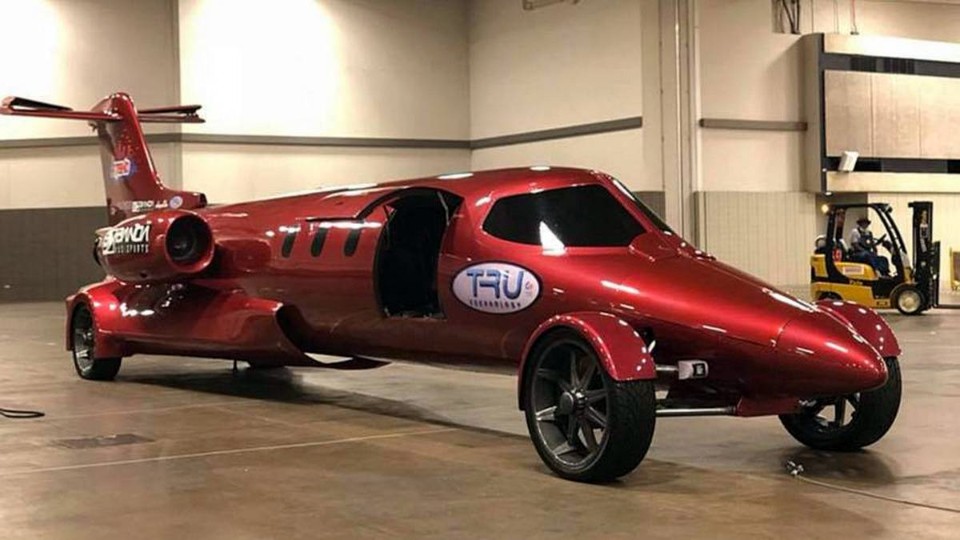 Stretch limo not all ‘plane’ sailing

STRETCHED limousines are pretty common throughout the world, but one that just made its debut in Dallas has the potential to take this kind of car to a (much) higher level.

Called the Limo-Jet, it’s based on a Learjet, complete with cockpit, fuselage and distinctive T-tail, even the twin side nacelles – which now house lights and speakers, rather than jet engines.

Unveiled at the big KnowledgeFest in Dallas, the massive vehicle took 12 years from idea to reality and required a lot of specialised knowledge and equipment to reinforce the aluminium body and mount it on a steel chassis.

The Limo-Jet measures 12.8m from nose to tail, with the latter stretching 3.5m skywards. It has a mass of 5450kg and it rides on special 28-inch wheels. 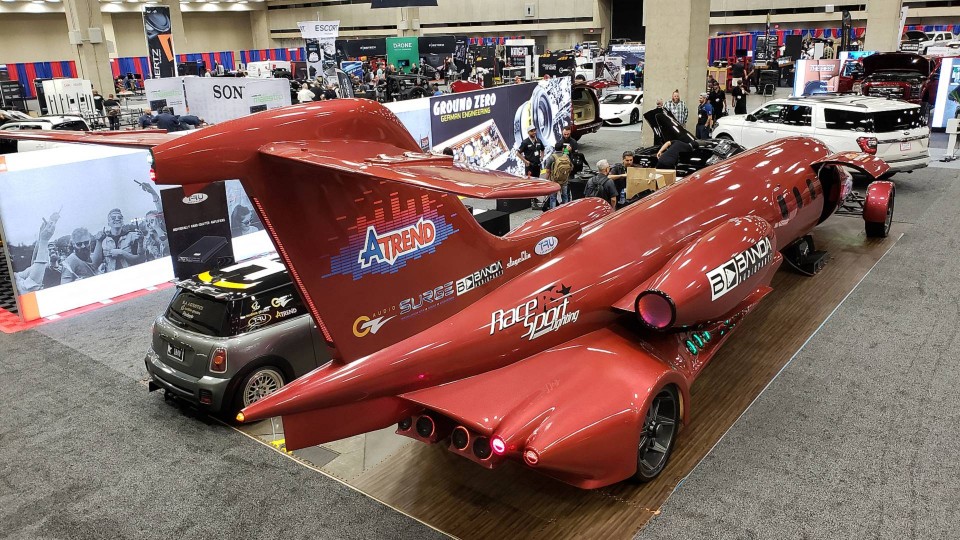 How that came about has not yet been divulged, other than a Facebook post saying ‘that’s a story for another day.’

The front and rear suspension components were made by companies involved in competition vehicles and the huge fibreglass rear cowling alone took nine months to make.

The electrical work was another challenge, since the vehicle has an extravagant interior ablaze in neon lights, multiple screens and enough seating for a wedding party.

It’s said to have a 4500 watt stereo system as well as five on-board televisions.

Up front is a single seat for the pilot, a title any driver will probably lay claim to, with the cockpit including a bank of camera-connected screens to show what’s in front and behind this long land-travelling luxury liner.

A steering wheel and pedals replace the usual aircraft controls. Everyone enters and exits through the single side door, as in any private jet.

The cost of building this ultimate party machine is not known, but DeAngelo said it ran into ‘seven figures.’

The limo industry will never be the same again.