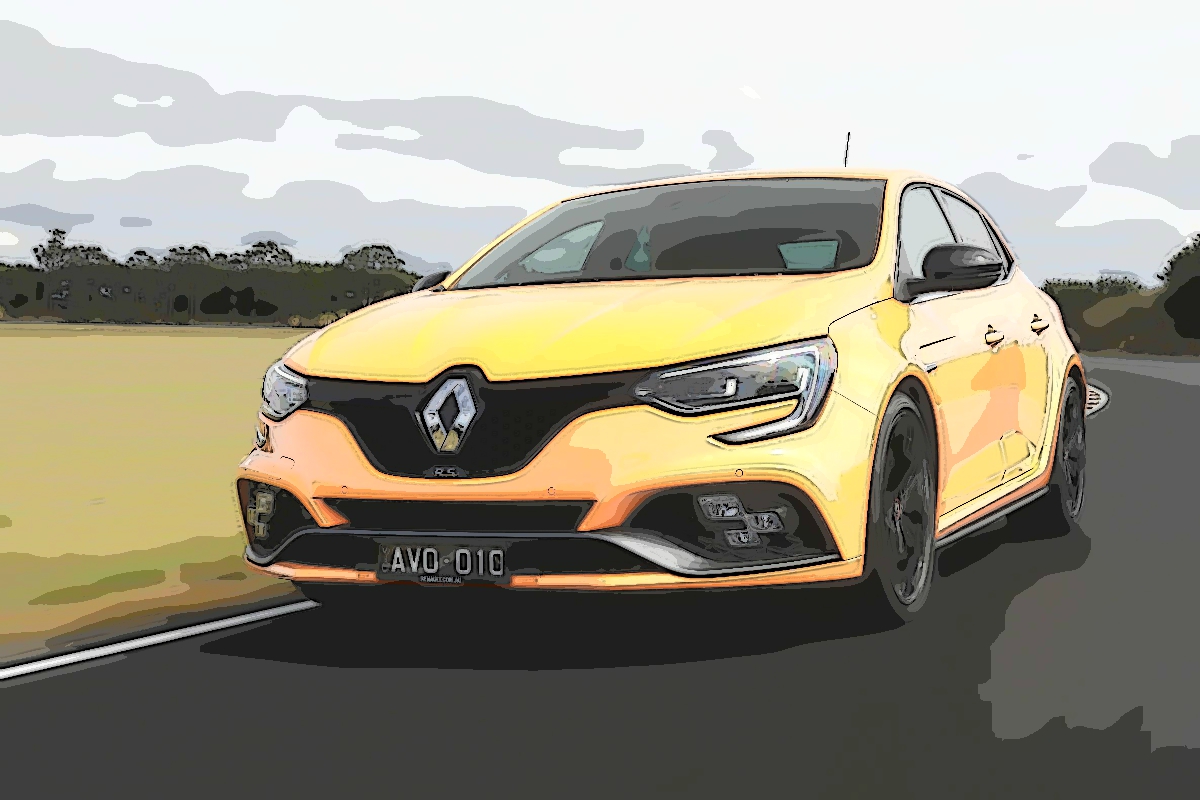 I have a Renault Megane R26 F1 Team as my daily drive.

I’ve had it for years and have never tired of any of its features.

It’s a rare high performance model, with only 60 allocated to Australia, all of them finished in the French brand’s trademark ‘liquid yellow’ and it remains the favourite and most usable of my collection.

The all-new Megane RS Trophy has just come along, and a comparison seemed the obvious thing to do. 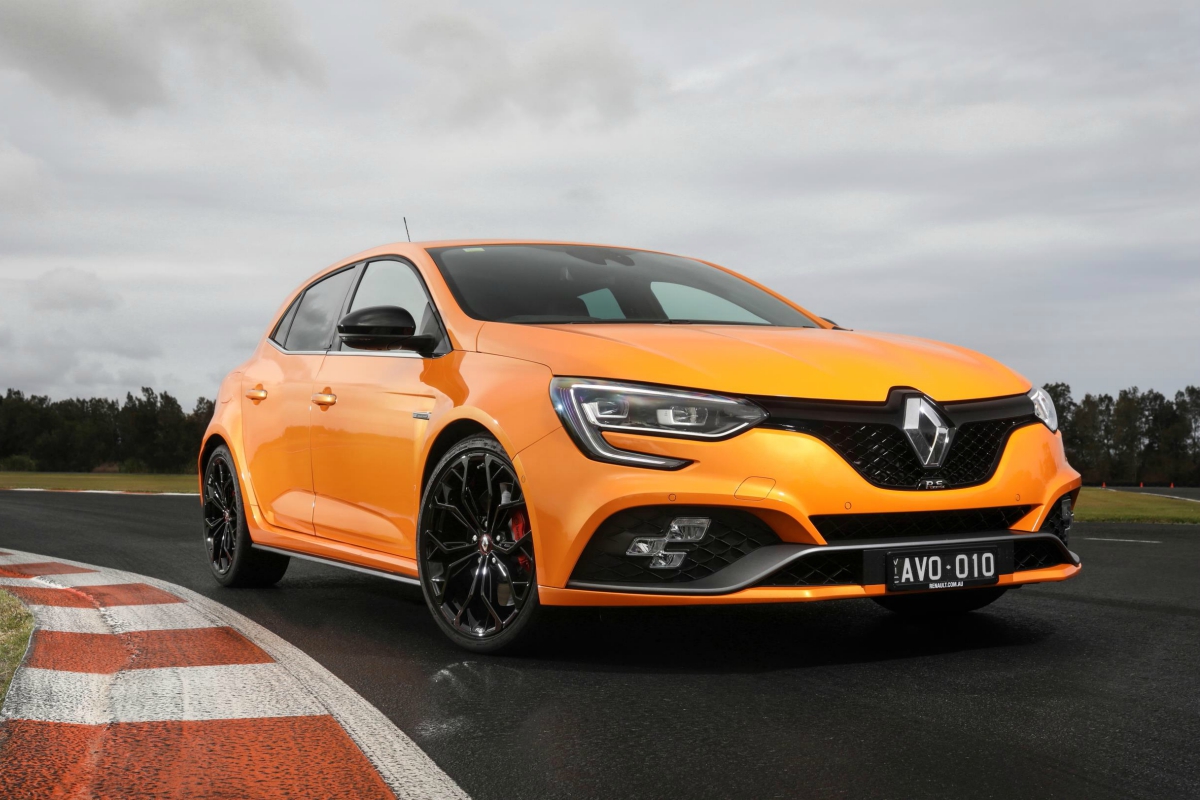 And it has two extra doors.

Also I got mine second hand and it didn’t cost me anywhere near the new one’s $56,490. If that makes you blanch, I can assure you it’s worth every cent.

The same unmistakable yellow paint and the badge seems to be the only thing left to directly associate the first Megane sport with the new firecracker.

I know there are many fence-sitters out there about how good Renault hot hatches are, but not me.

Both Megane RS look ready to race. The latest tells you so from the onset, with a chorus of angels on the start-up intro.

The first version R26 just starts and hums, rolling its headlights in disapproval.

The latest RS is the complete package, with a truckload of features that simply aren’t in my R26.

Among them are the 4Control four-wheel steering system, an onboard monitor that stores the car’s telemetry in real time on a big portrait style touchscreen, parking sensors all around, plus a reversing camera and a dash button to engage Easy Park Assist.

Then there’s a 9-speaker Bose audio system that I didn’t bother with because it would have interrupted the music from the engine and exhaust, along with adaptive cruise control, dual zone climate control and 19-inch alloy wheels. 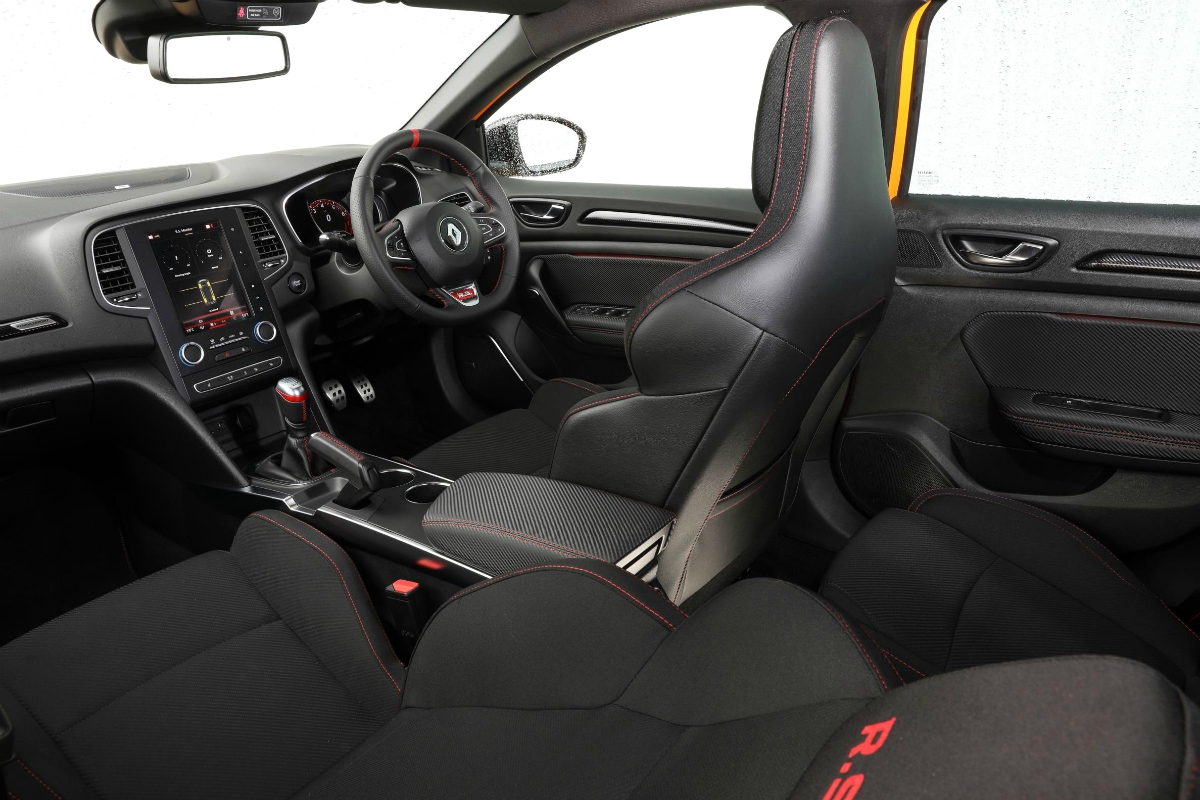 The Trophy really can get a boogie on!

In Sport mode it is fun and fast and in Race mode (ESC off ) it can squirrel  left and right for grip while pulling you out of orbit.

Also selectable are the other modes: Neutral (a strange term given that it drives damn well in it) but hey, mon ami, it’s a French car.

Then there’s also Comfort and Perso, the latter allowing you to tweak various components.

I believe the car was developed with input from Formula 1 ace Nico Hulkenberg and maybe so because this car probably has the fastest steering response I have encountered.

So much so that after I got back into my comparably sloppy R26 I had a little cry.

Then I tapped the steering wheel to upshift, momentarily forgetting I had to manually change.

My brain was still set to the new Megane RS Trophy with its 6-speed dual clutch auto, and there was no direct comparison.

The new Megane RS is blindingly quick and so composed it is beyond belief.

The four-wheel steering definitely aids turn-in and steering response and the engine is flexible with torque to spare in all gears.

Shifting between cogs is lightning fast with a pre-selecting up shift and throttle blipping downshift to keep you non heel-and-toe tappers happy.

I found the seats very comfy on a short journey, somewhat less so after a couple of hours. They’re not Recaros, but very similar, and finished in alcantara.

Visibility is still down on the old Megane but better than the last three-door model.

As far as French hot hatches go it is still king. I implore more enthusiast drivers to take the leap and be converted.

In short the new Megane is head and shoulders above the performance of the old R26 in most departments.

It would have to be at the head of the hot hatch segment and everything about it complements the essence of sporty driving.

The car’s such a hoot to drive that fuel consumption just doesn’t matter.

The makers claim 8.3L/100km, but that’s probably on an open autoroute in France at a steady 120km/h or thereabouts with no crosswinds.

We got 10.0/100km on average, which is about he same as you’d get with a boring grey cardigan sedan.

There’s also launch control, a feature that will propel the Trophy to 100km/h in 5.7 seconds, not to mention RS Vision and LED headlights that turn night into day, a big boot and another rather nice feature was the ambient lighting and dash, which change colour and features depending on which drive mode you select. 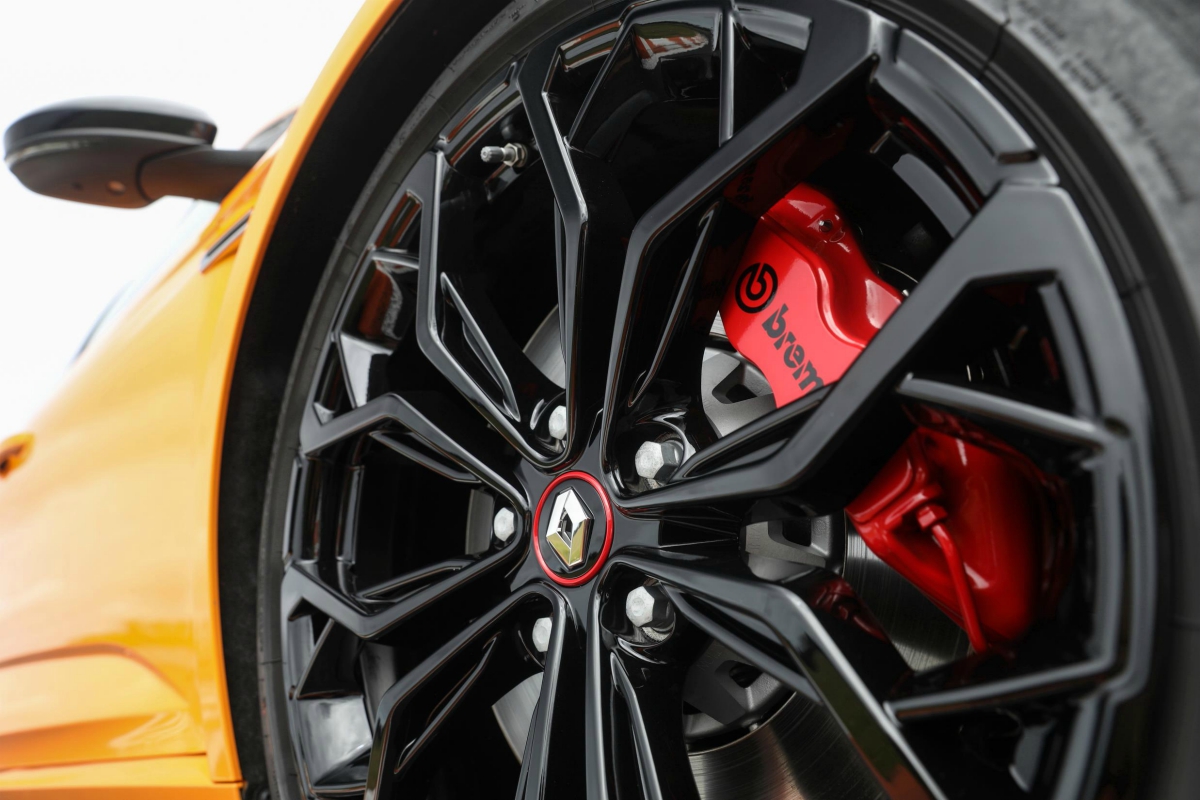 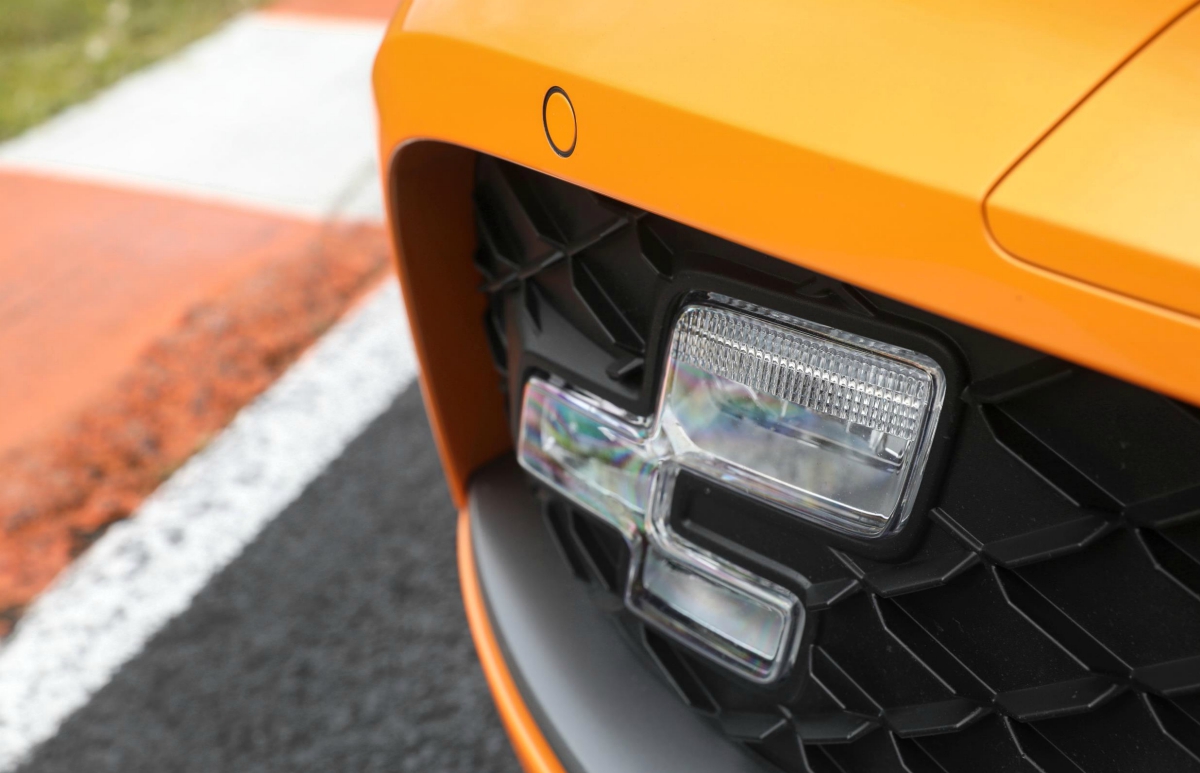 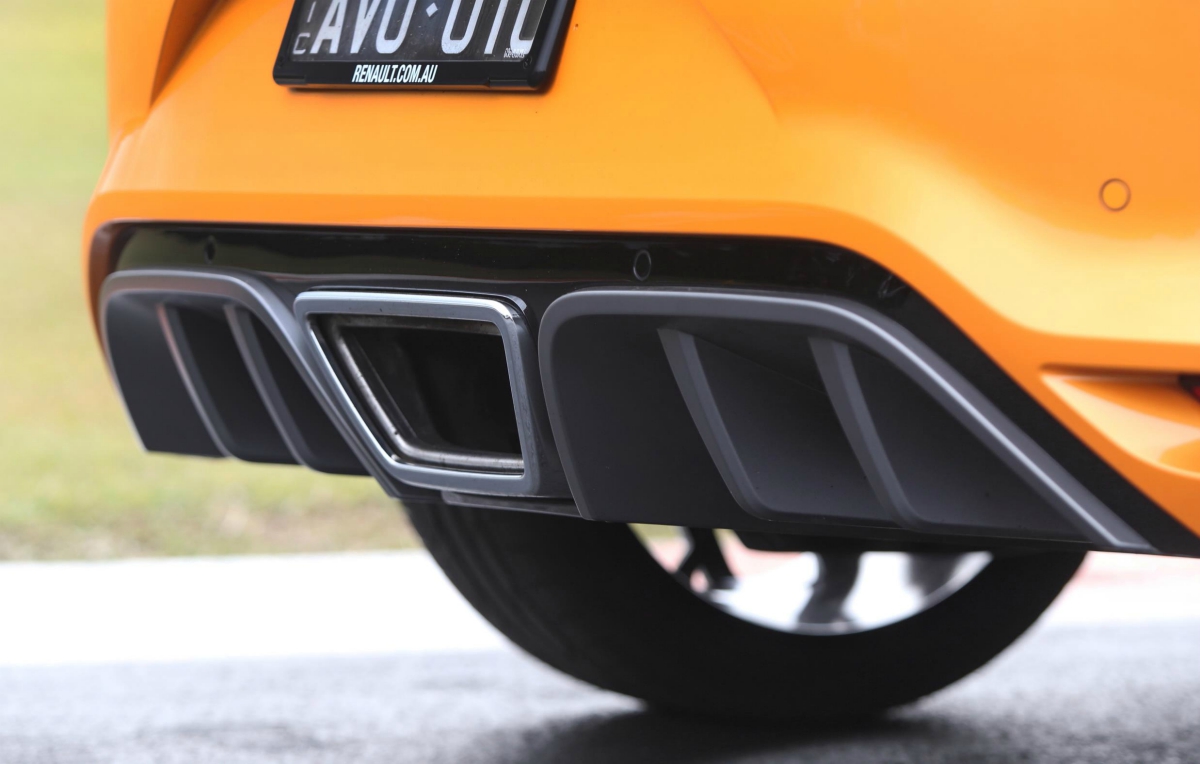