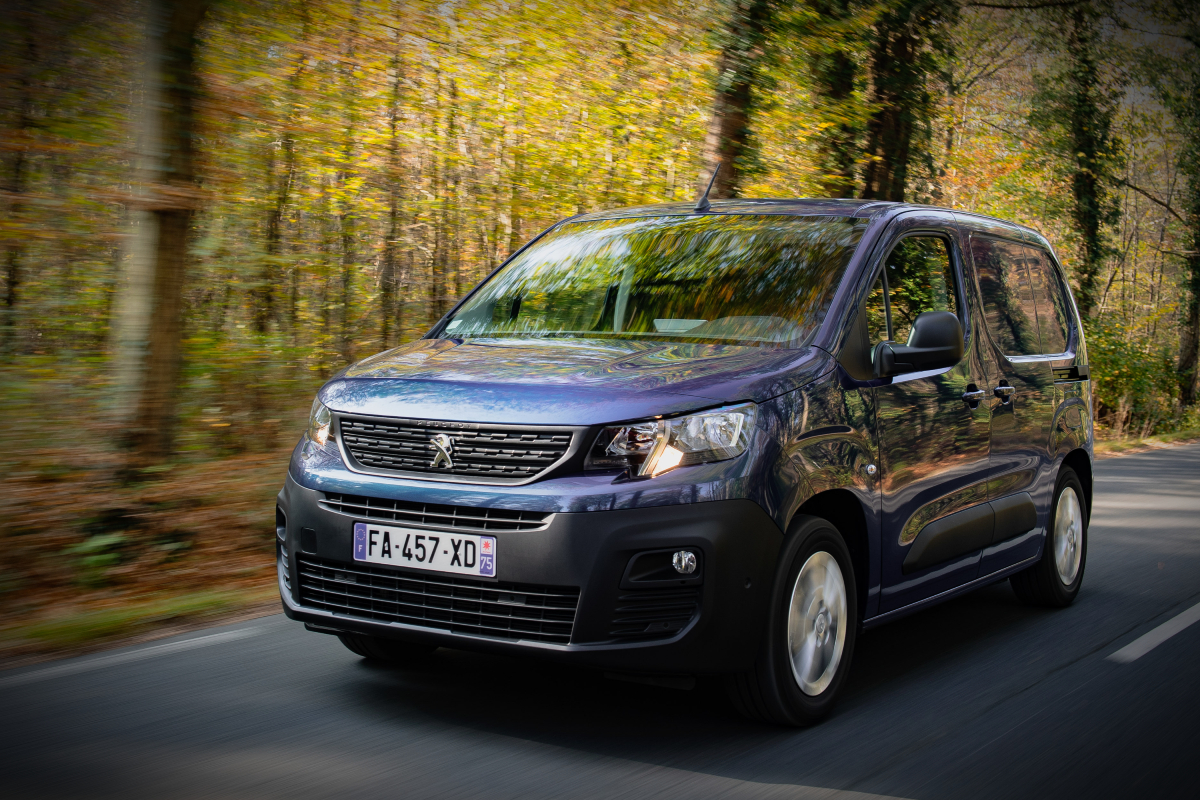 Peugeot Partner: A ‘tonne’ of fun 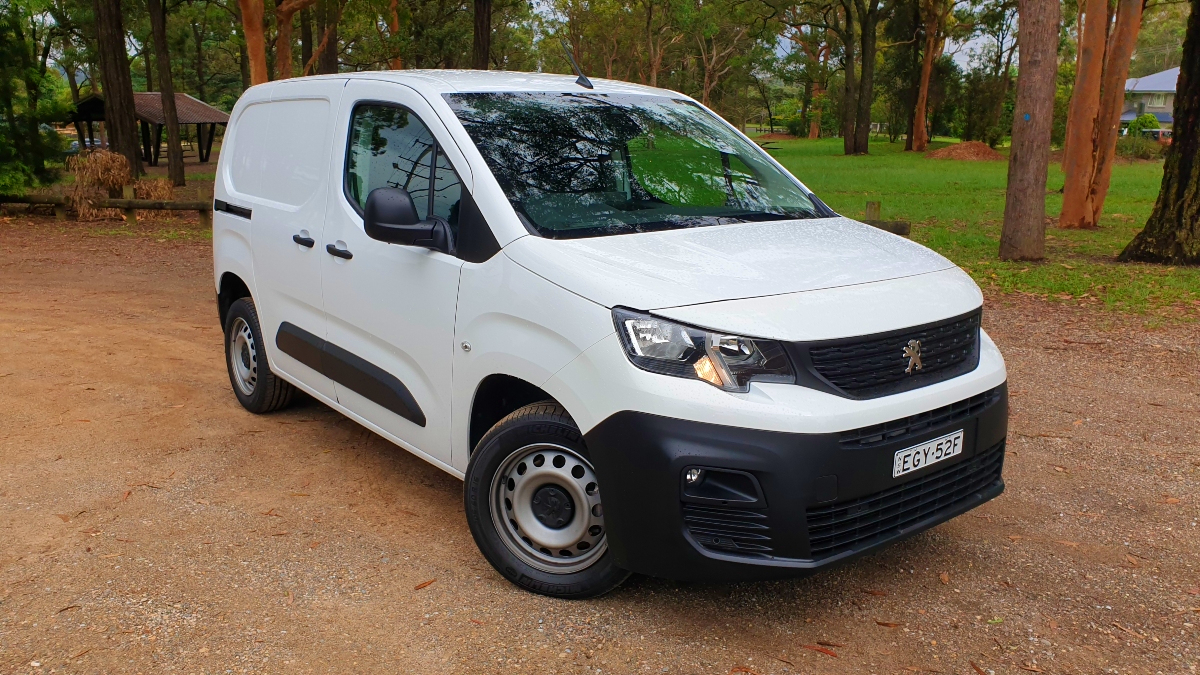 When a courier or package delivery company looks for vehicles, they scope both big and small for the types of package they handle.

Other businesses that rely on deliveries do the same and sometimes a smaller, light commercial vehicle is all that is needed.

Peugeot’s baby van, the Partner, is one such beast, compact in size yet has plenty of cargo space, plus some driver-friendly features.

There are two body types, Standard and Long, and three models from which to choose: Petrol 110, Petrol 130 or Diesel 92 (available only with  Long).

We drove the Long version with with a petrol/auto combo, finished in white, with sliding side doors (an addition for the MY20 model).

Metallic paint is $690 and you get a choice of three shades — a bit steep for a small vehicle. 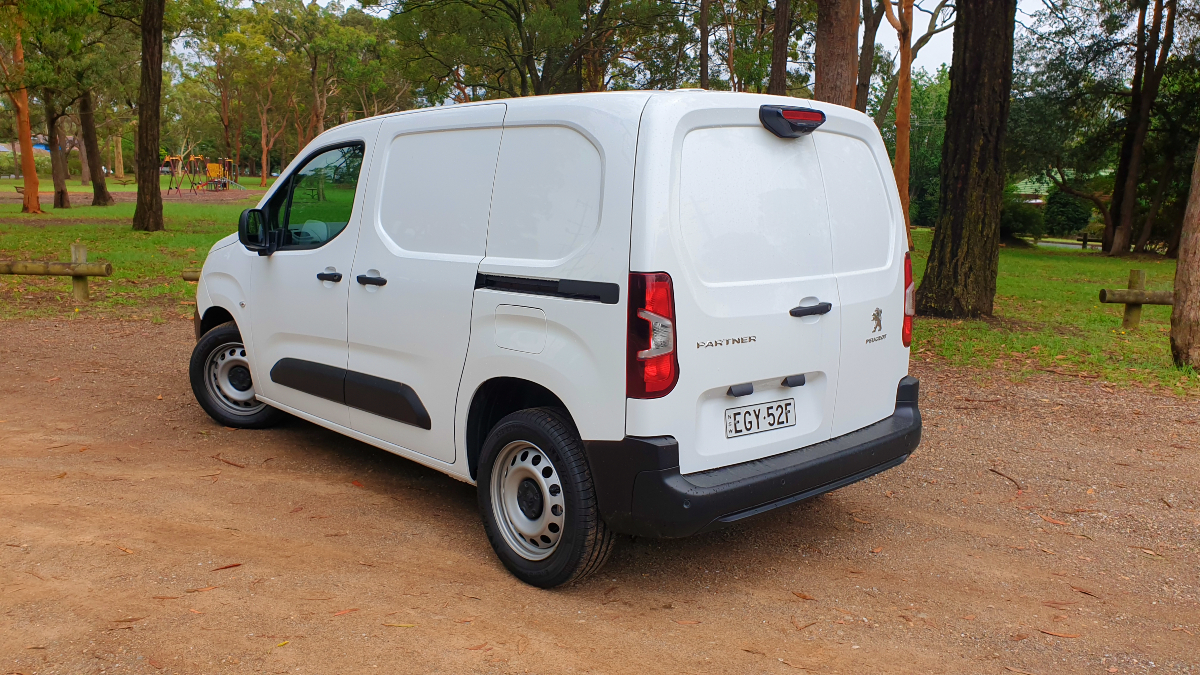 As of February, the starting price for the 81kW, 1.2-litre petrol manual short wheelbase version is $30,709 in Sydney town.

All three engines produce their maximum torque at the same 1750 rpm.

Cargo space is the key here and the small van has plenty in a TARDIS sort of way.

All three have a payload of 1000kg and 3.8 cubic metre capacity.

Inside, there is 1229mm between wheel arches, and a load length, depending on the model, of up to 3090mm.

That’s thanks to a barrier between the driver and cargo bay that has a removeable flap to allow for longer items — 4753mm longer van, 4403mm in the shorter version.

These contrast with black plastic bumpers and side mouldings, and the bluff, no nonsense nose.

Around back and there’s a camera housing at the top of the rear doors.

This feeds an image to the digital rear vision device. There’s no mirror, as the rear doors are glassless.

There are two buttons at the bottom, one for full field and the other for just the left hand side.

Unfortunately, both the camera and screen are low-resolution, so some rear views — especially when it is raining — are indecipherable.

Drive selection is via a rotary dial and becomes very quickly an intuitive operation.

It’s housed in a binnacle that juts into the cabin, with a pair of cup holders.

For the driver, the tiller is a squared off design, yet comfy and easy to get to grips with.

The display is a mix of analogue dials and LCD information screen, accessed via tabs on the tiller.

The audio is AM/FM, so for anything digital a smartphone connection for Android or Apple is the go.

Seating is black and grey cloth and plastics are largely black throughout the driver’s cabin.

In the after sales office, it’s 5 years or 200,000km warranty for their light commercials. 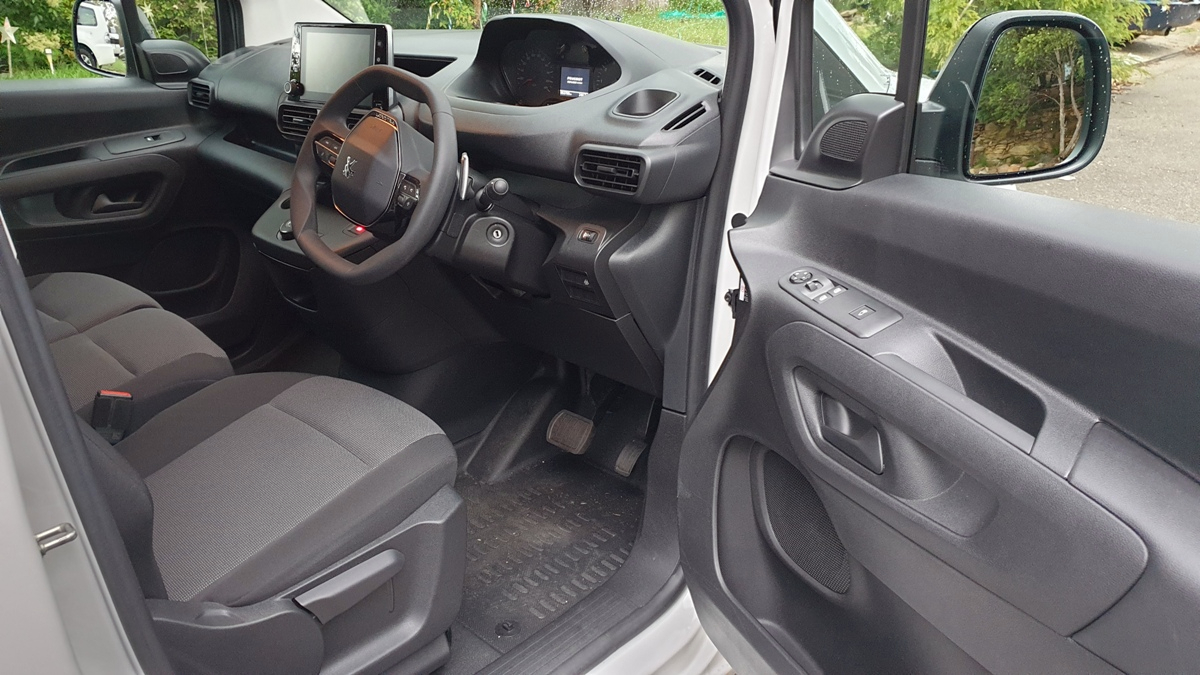 It goes orright, all things considered.

It has to be pointed out though that we didn’t drive it constantly with a load.

On one occasion, a custom built support table was carried, and the ride quality was noticeably smoother at the rear.

With no load it os bouncy but not horribly so, with a good measure of absorption.

The little petrol engines pull quite well, and the auto is smooth enough in daily driving for most too.

Dare we say it of a small commercial vehicle, but it was fun.

There really is something about these three cylinder engines, when turbo lag isn’t involved, that induces a grin.

From idle through to around 4000 rpm, it’s an easy and willing revver.

Peak torque is available at 1750rpm, and this endows the little van that can with superb suburban manners.

A dry weight of 1366kg and a gross vehicle mass of 2320kg will obviously affect these figures.

The steering is “quick”, meaning there’s only a twirl or two from left to right, and it’s perfectly weighted for the end usage; city and tight parking driving.

The same goes for the brakes.

There’s no extra thought required about where the foot needs to be pressure wise. 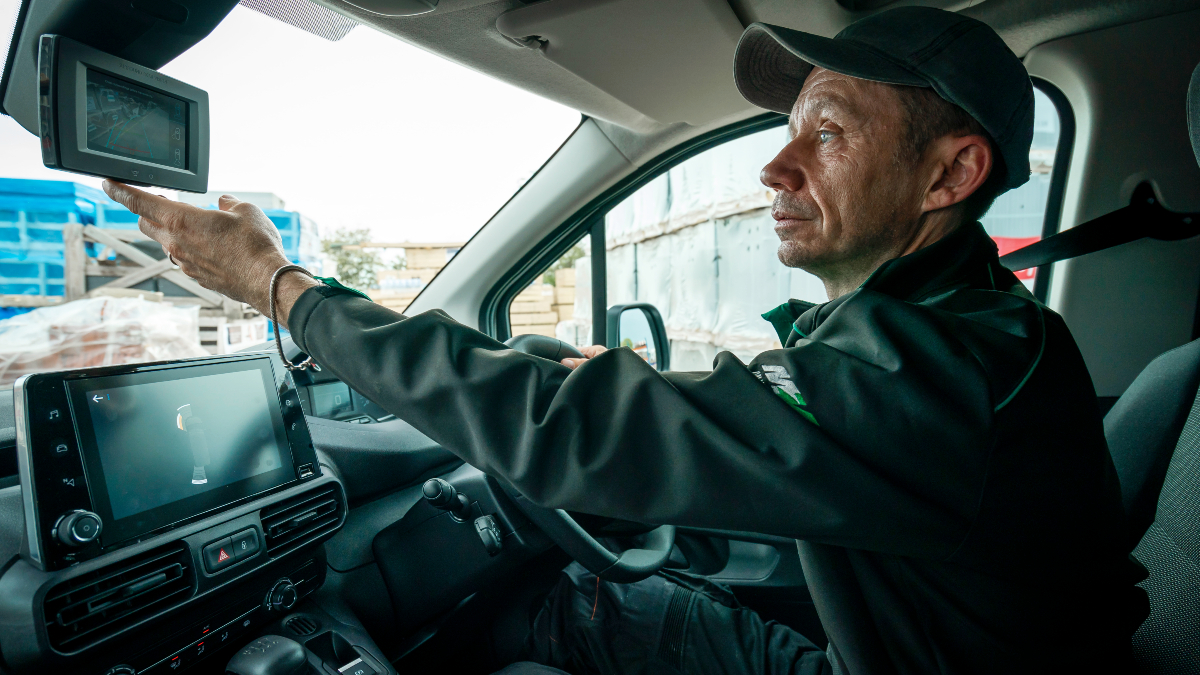 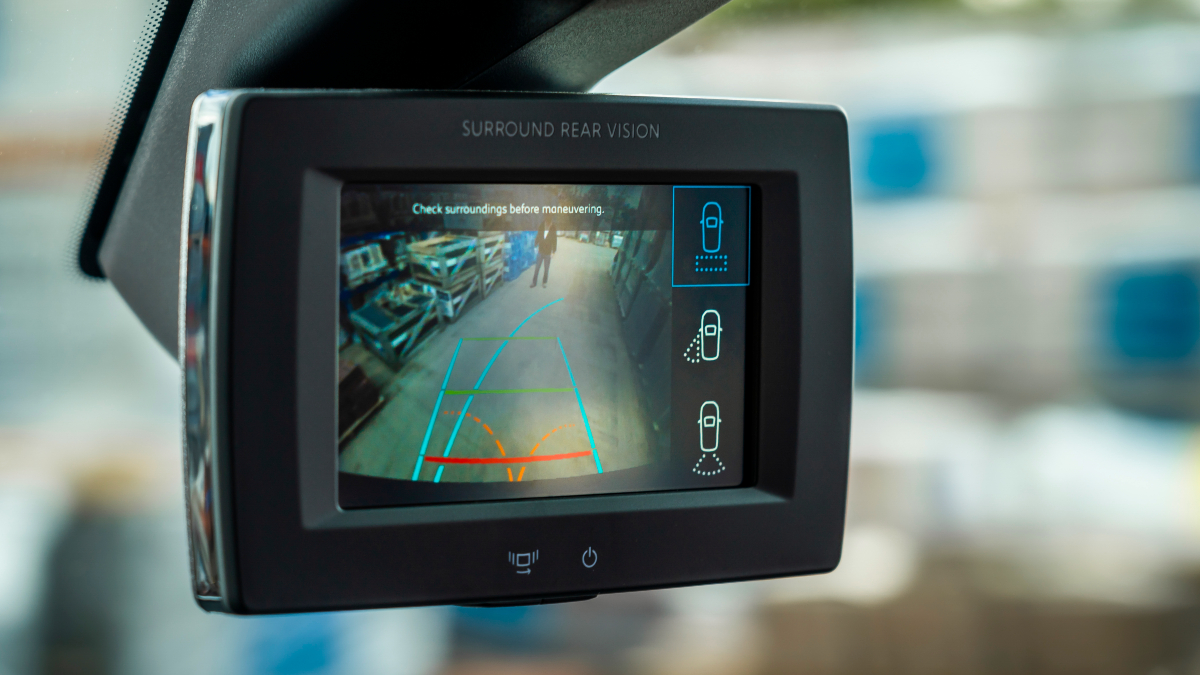 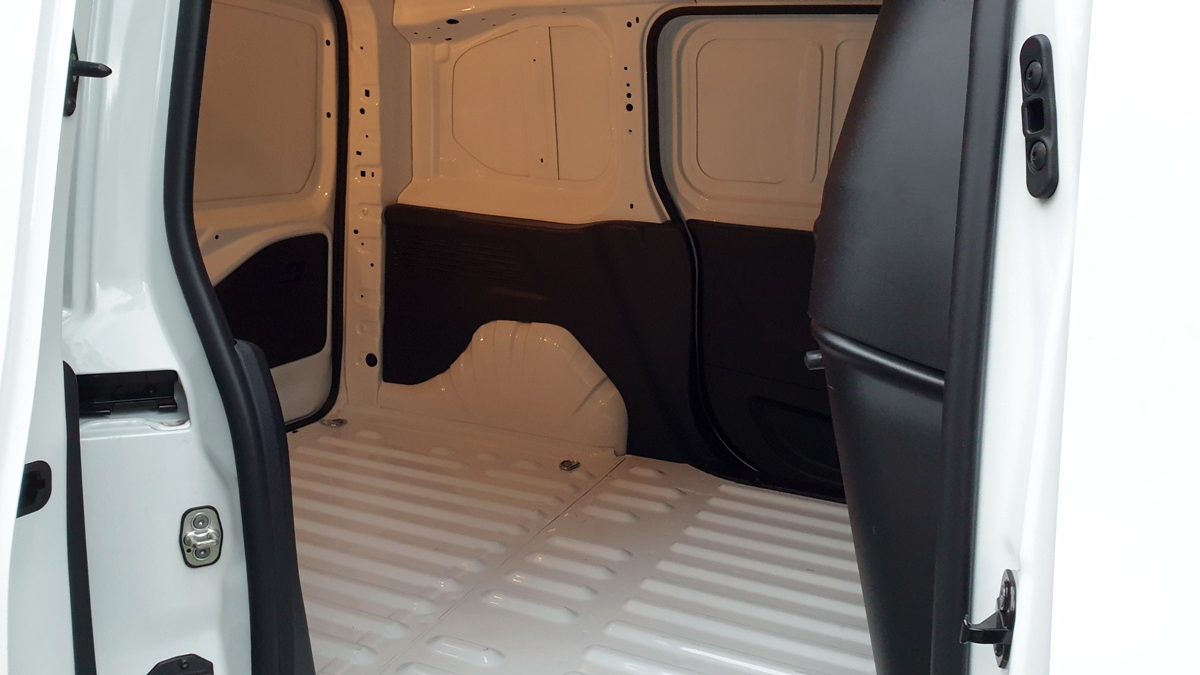 As a car, it’s a hoot. As a small delivery van, it’s more fun than it should be.

The Partner is agile, frugal (without a load, mind), and has plenty of pizzaz and “’tude”. 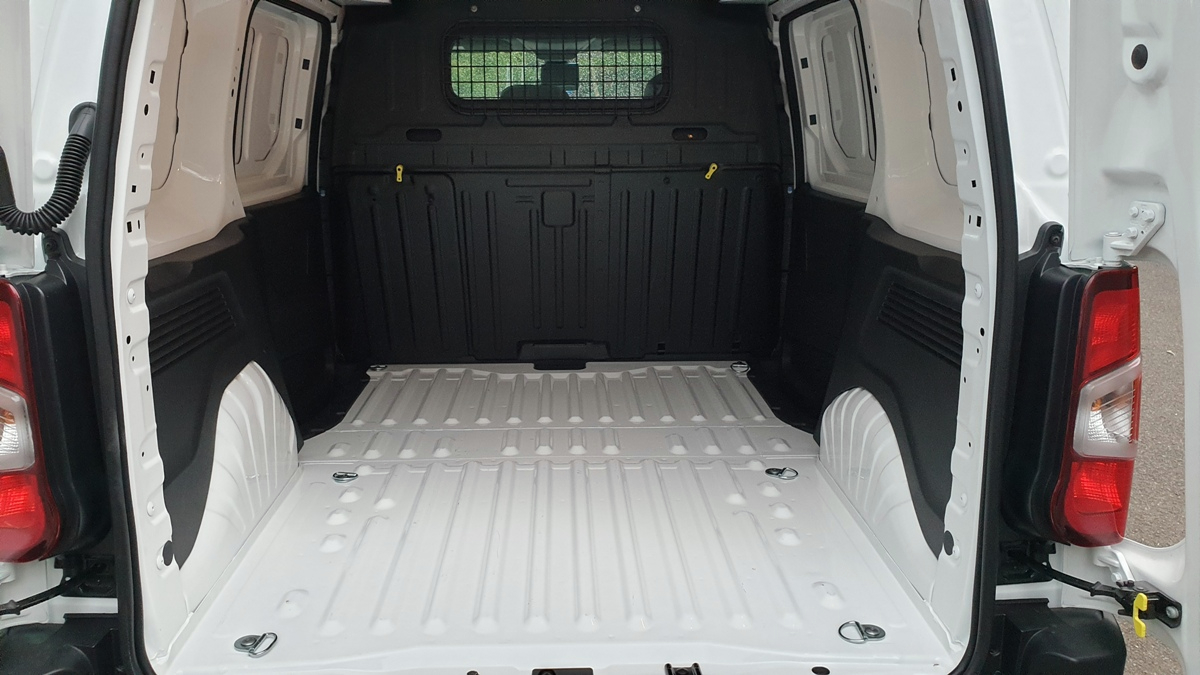 Check out deals on the Peugeot Partner Van