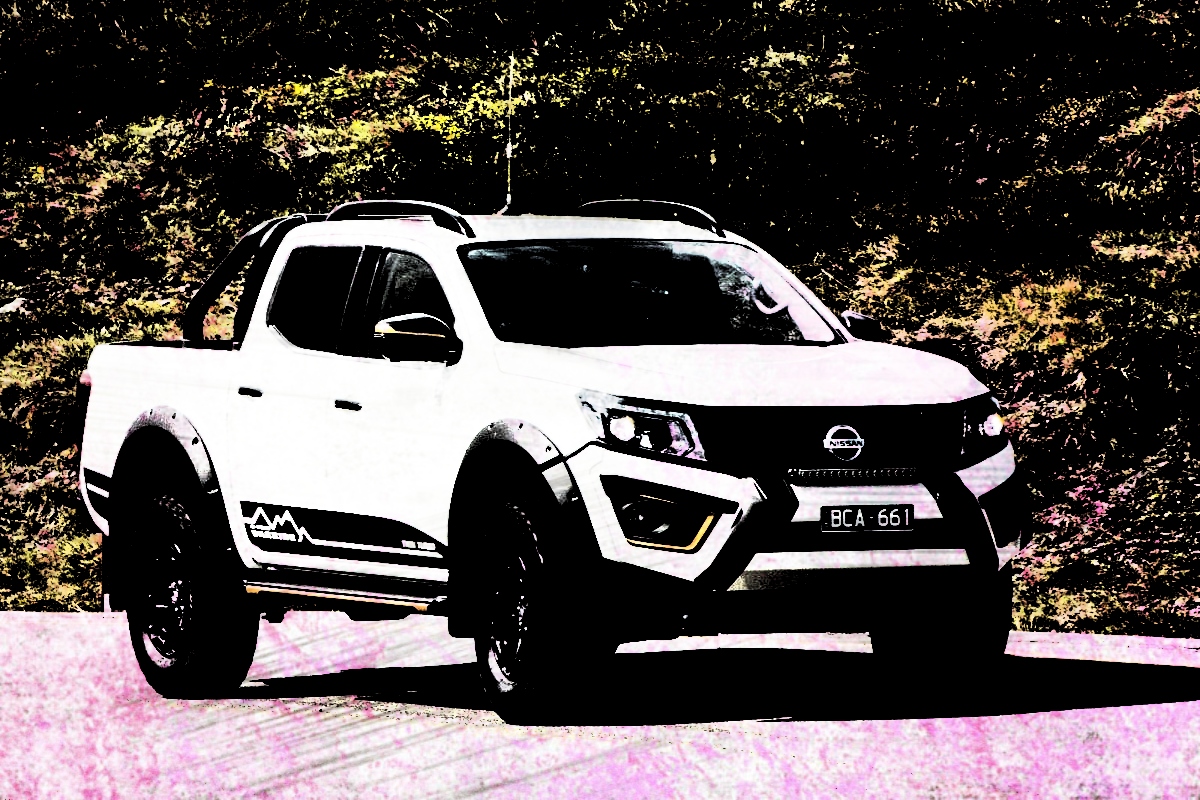 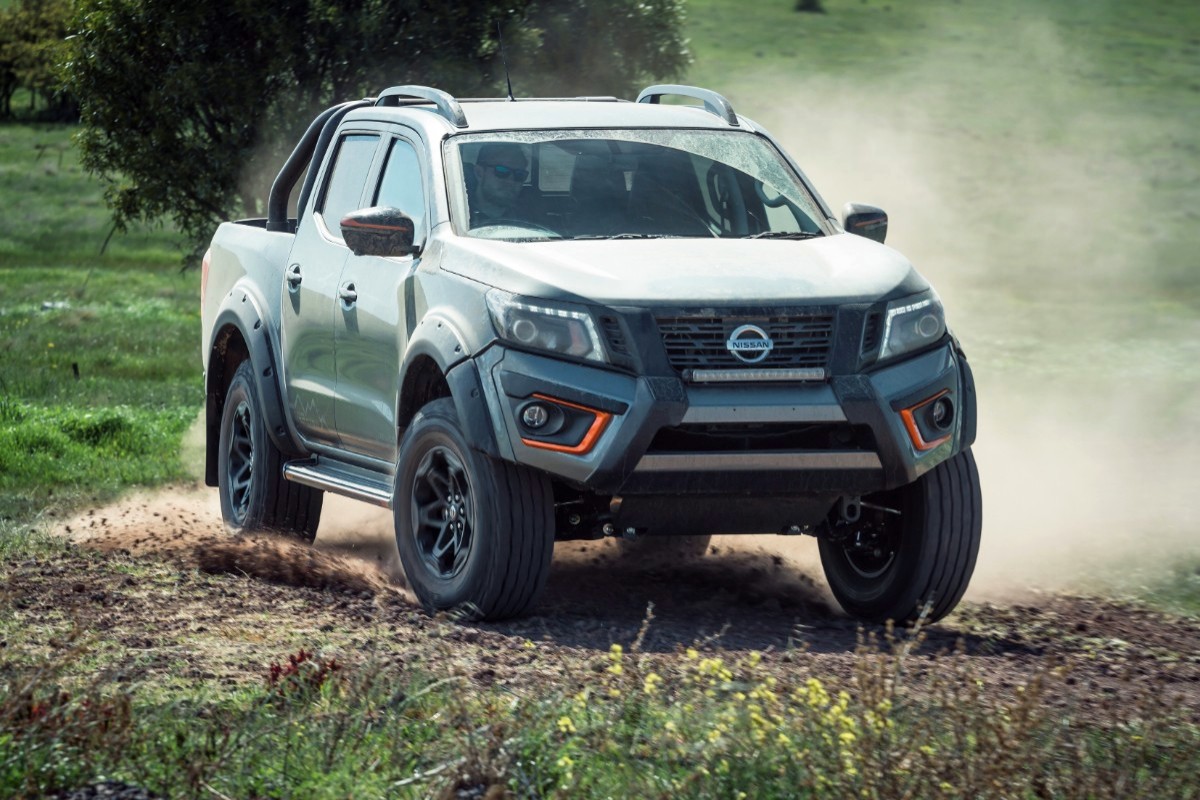 Nissan’s Navara comes in a bewildering choice of 14 models, single cabs, dual cabs, 2WD 4×4 and various bits of the alphabet to tell them apart.

But king of the stable is one called the N-Trek Warrior, which not only looks the goods, but has a built-in pedigree in that it houses the finesse of Premcar, which elevates it to the premium category.

It’s the new name of what used to be Prodrive. Remember? They’re they guys who built the World Rally Championship Subarus of some years ago, among other things.

Before Prodrive, it was known as Tickford, and anyone who knows anything about the big Fords know the XR6, XR8, F6 and GT Falcons owe their success to Tickford magic. 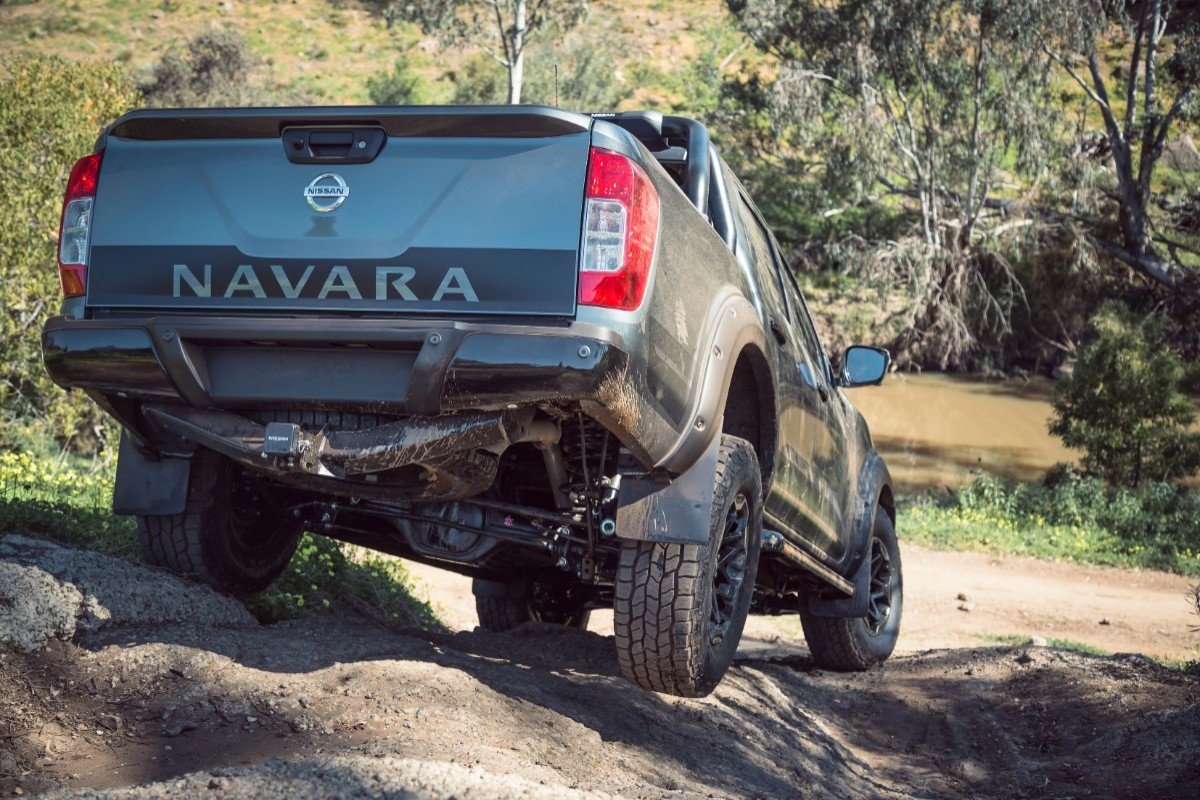 A lot of people who buy dual cab 4x4s go to extreme lengths to tart them up with various parts available from a plethora of aftermarket suppliers.

The results are often very expensive but not so wonderful creations that look muscular, but drive like military machines on wrong-sized wheels and tyres, destroy kidneys and/or loosen dental fillings and emit anti-social noise from too big and non-tuned exhaust pipes.

Nissan’s collaboration with Premcar saves buyers from the trouble of improving a Navara by producing a professionally engineered super ute: the N-Trek Warrior.

It’s a stunner on the road, but more than a pretty face, it’s also the best driving, most capable and sophisticated model in the range.

It boasts improved on and off-road handling via a set of 17-inch black alloys with Cooper AT3 all-terrain tyres, a 30mm wider wheel track, Monroe shock absorbers and revised spring rates fore and aft, making for a 40mm higher and more compliant ride than a standard N-Trek, plus greater stability.

For those who tackle unknown off-road terrain, there’s a 3mm stainless steel shield to protect the underbelly from unfriendly rocks.

A body-coloured bullbar with an LED strip gives the nose a purposeful look and there’s a lot of improvement inside too.

The dark front head restraints are embroidered with orange N-Trek badges and floor mats and seats also have orange stitching. Orange seems to be the in-thing to identify the Warrior. There are smidges of it front, side and rear.

The dash now sports a big new infotainment system with Apple CarPlay/Android Auto, and a full complement of instrumentation.

Like other Navaras, there’s no grab handle on the driver’s side. You need to hoist yourself up by holding on to the tiltable steering wheel, but once seated you can get your posture right via electric adjustment on the driver’s seat. 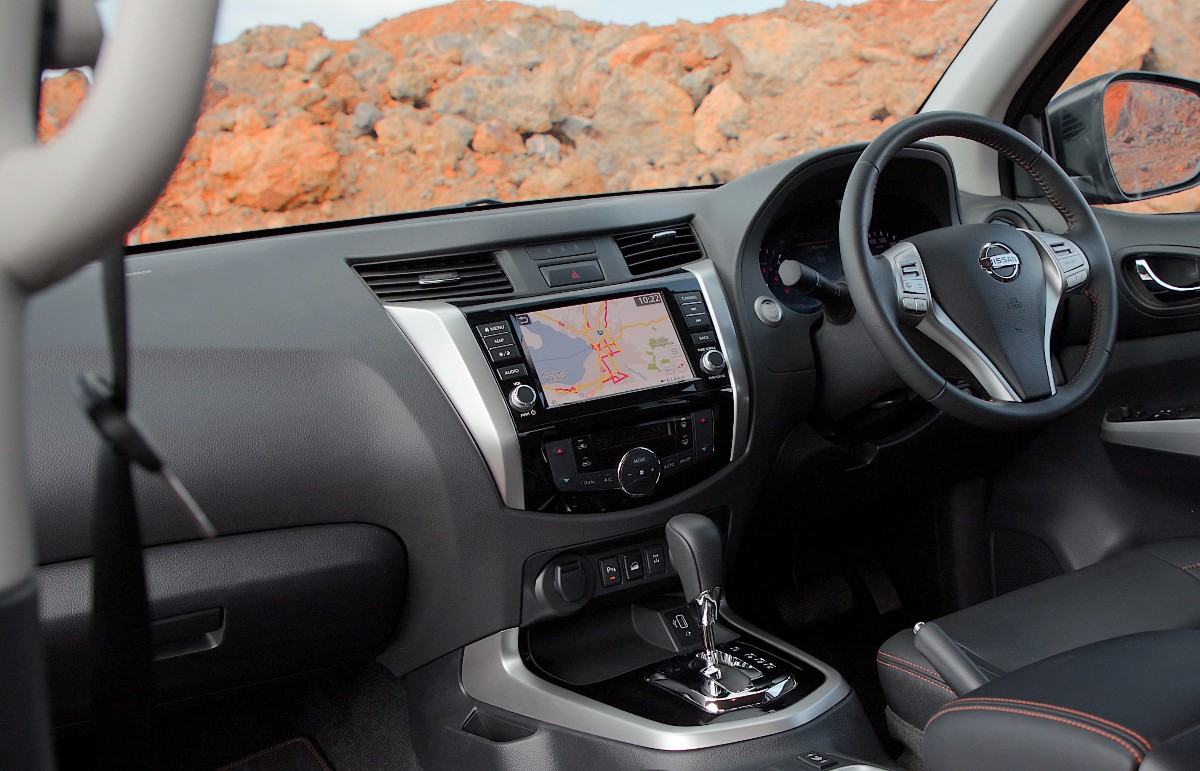 There’s no change in the vehicle’s drivetrain.

The ride is certainly the best of the Navara range, especially on the blacktop, where most of these tough utes spend their time, anyway.

There’s less bounce over bumps, less roll when cornering and its offroad behaviour if much the same.

Smooth is not a word usually applied to offroad antics, but it sure does apply to the Warrior.

The downside is the bigger turning circle that comes with bigger tyres and wider track, but it’s not a problem – unless you take your ute to shopping centres.

Luxuries include a magpie’s view 360-degree reversing camera, which will be very handy in the aforesaid shopping centre car park.

If you want to tow something, you’ll appreciate the standard Tow-Pro Elite trailer brake control technology.

Fuel economy is given as 7.0L/100km, but that’s clearly not the result of city or offroad driving.

The vehicle has a five-star safety rating and comes with 7 airbags, including one for the driver’s knee, automatic on/off headlights and with LED daytime running lights.

Plus the the peace of mind of Nissan’s five-year, unlimited-distance warranty. 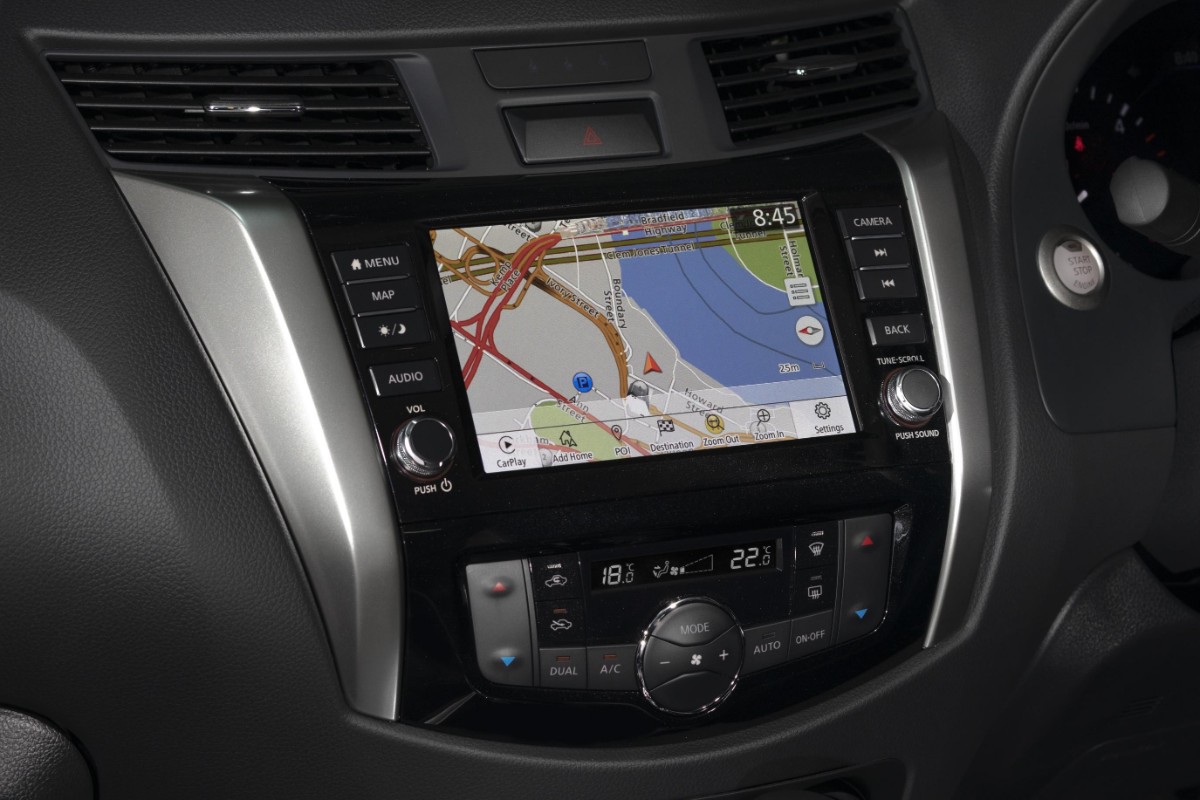 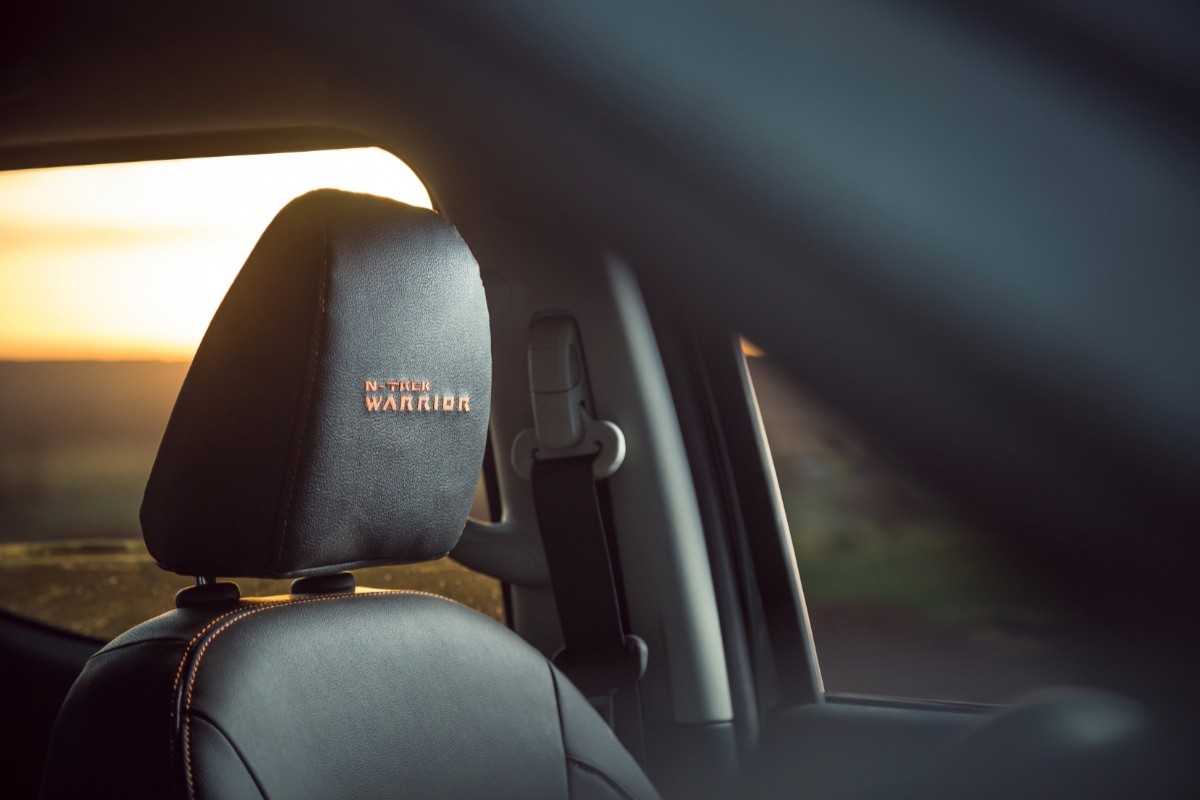 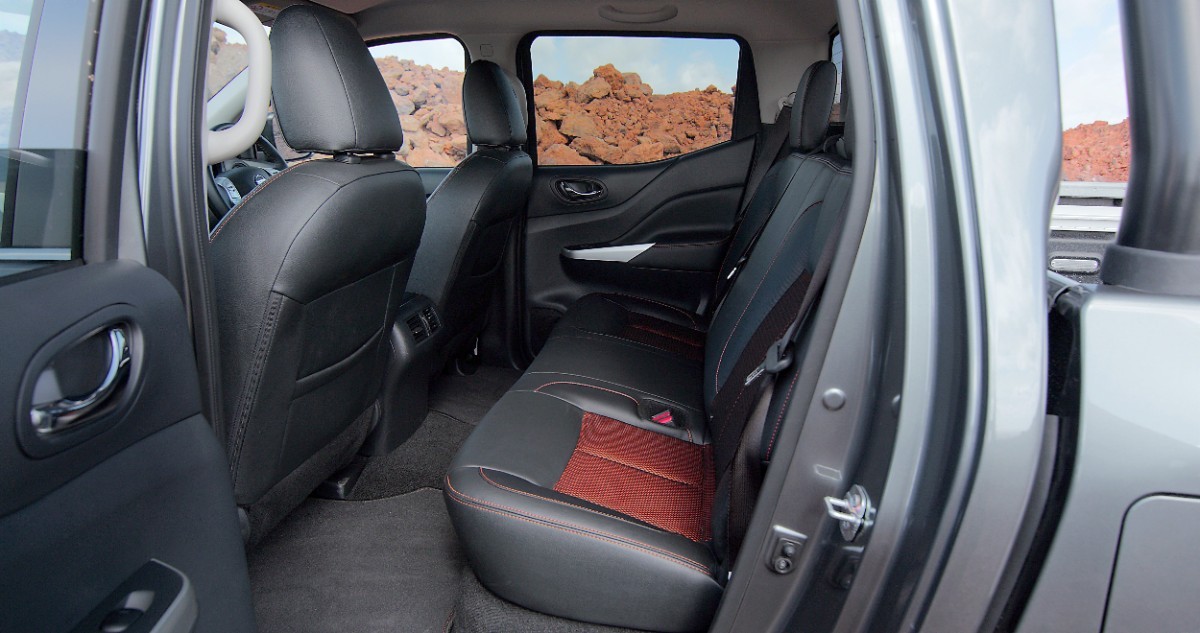 Best of the Navaras. 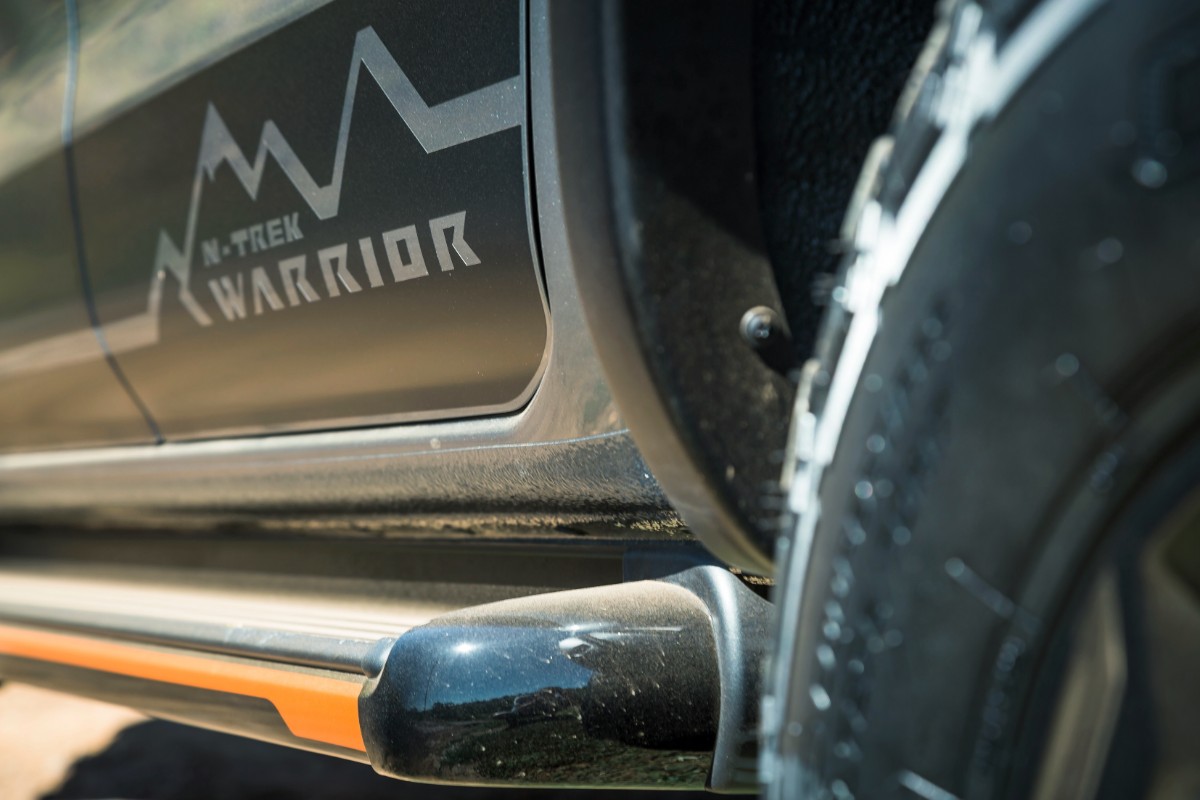