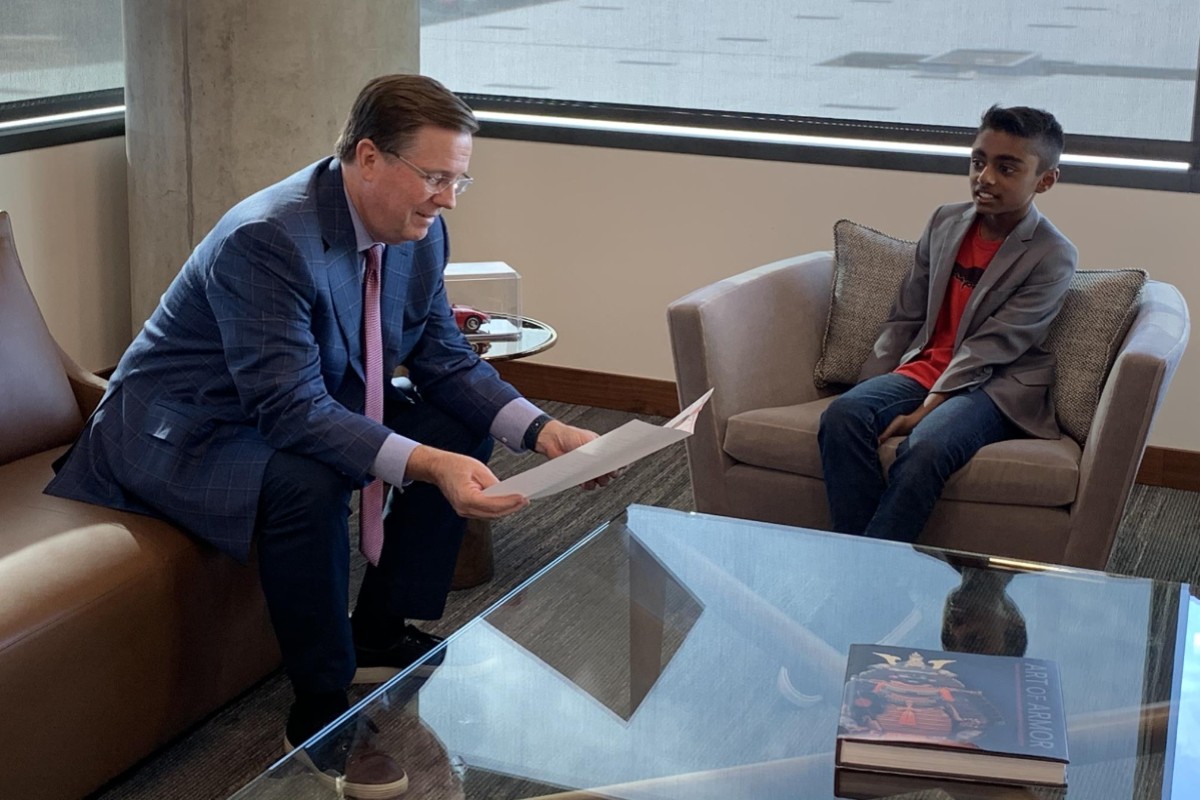 Some kids dream of growing up to be an astronaut or professional athlete, but fifth grader Nicolas Joseph wants to be the boss of Toyota.

In a school writing assignment, Nicolas declared that he wants to be the president of Toyota one day.

You see Toyota is the manufacturer of his favorite car — the Supra.

Nicolas sat down with his predecessor, Toyota Motor North America CEO Jim Lentz, who will be retiring in April — to discuss his goals.

They include creating flying cars and redesigning the company’s office space.

The two talked business strategy, and Lentz offered Nicolas some words of wisdom on his journey to the top — work hard and be honest.

Check out the video below for an inside scoop on Nicolas and his vision for Toyota. 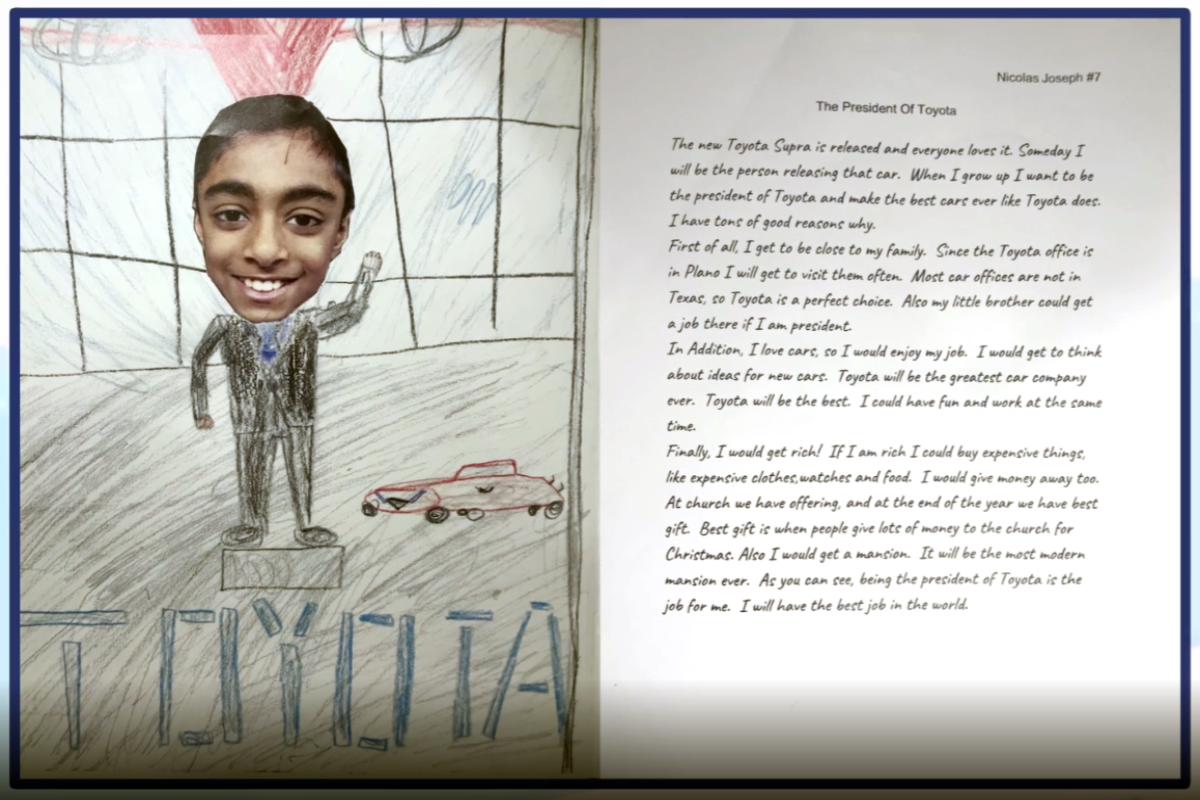