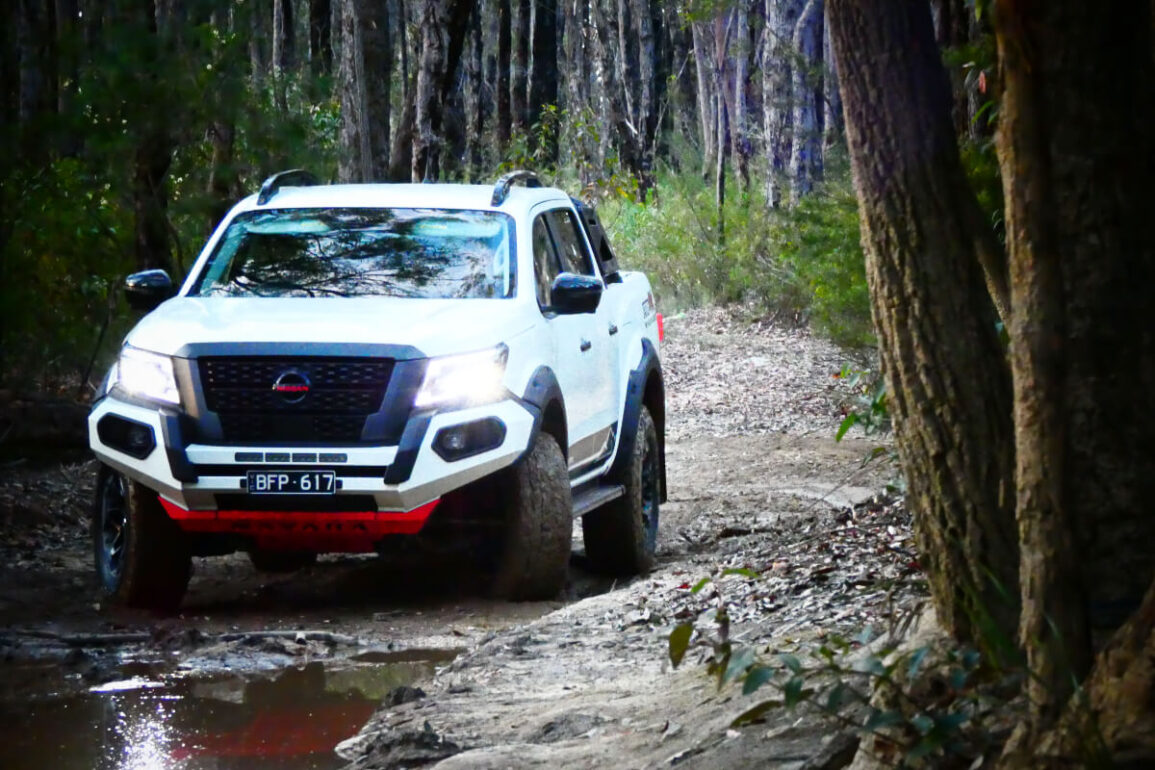 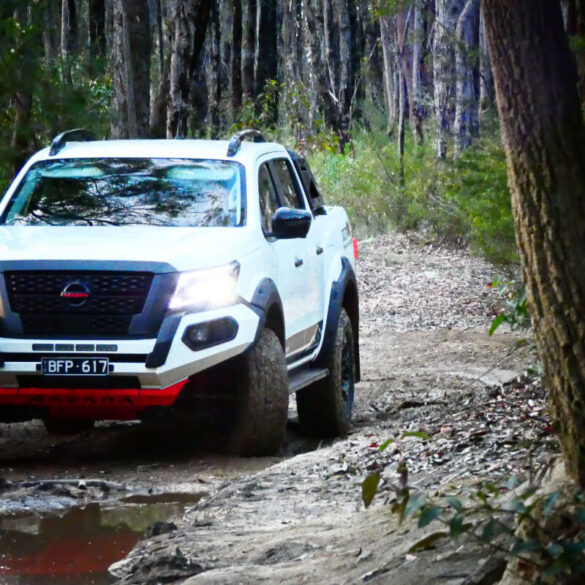 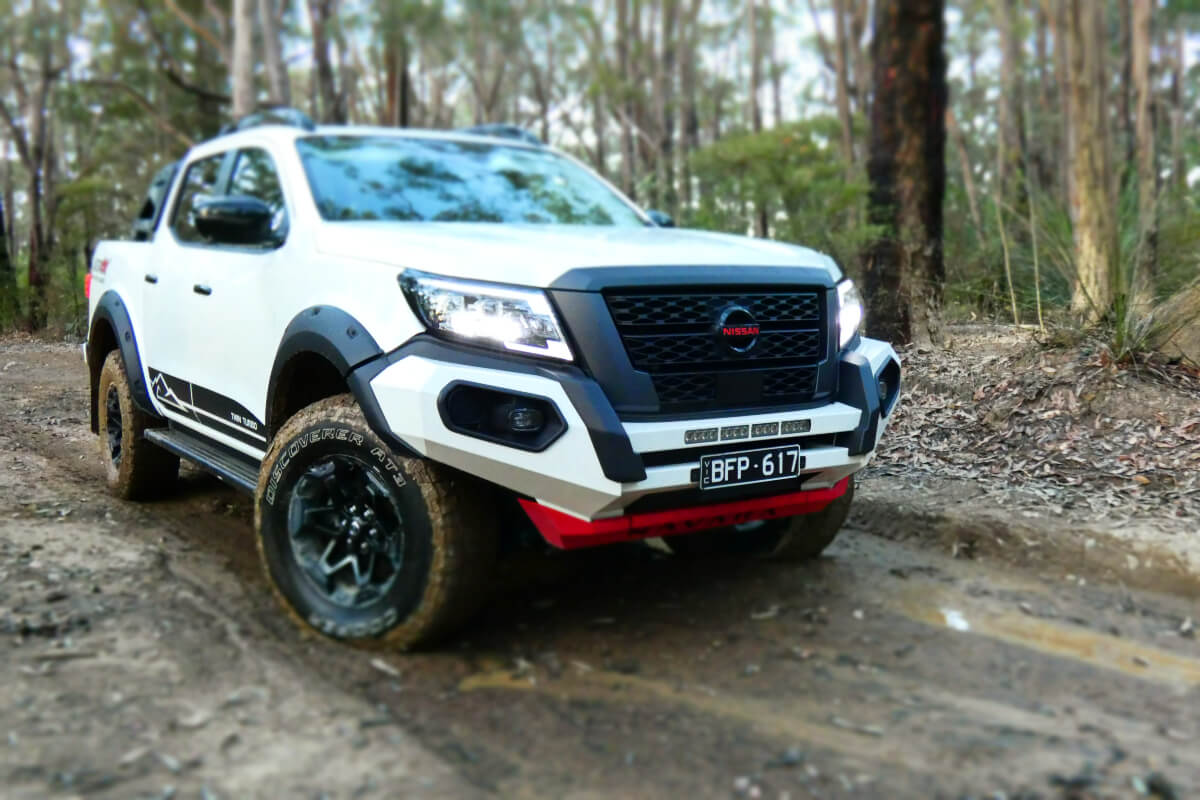 Back in the year 2000, Holden’s Rodeo utility had one of the longest names in the business.

With “Rodeo Sport 3.2 DOHC V6 4WD” emblazoned across the back, it was something of a standing joke.

That mantle now passes to the big, bold and beautiful Nissan Navara PRO-4X Warrior by Premcar — but it’s nothing to laugh at.

PRO-4X is Nissan’s answer to the Ranger Raptor which has found a ready market among cashed up tradies, despite its $80,000 price tag. 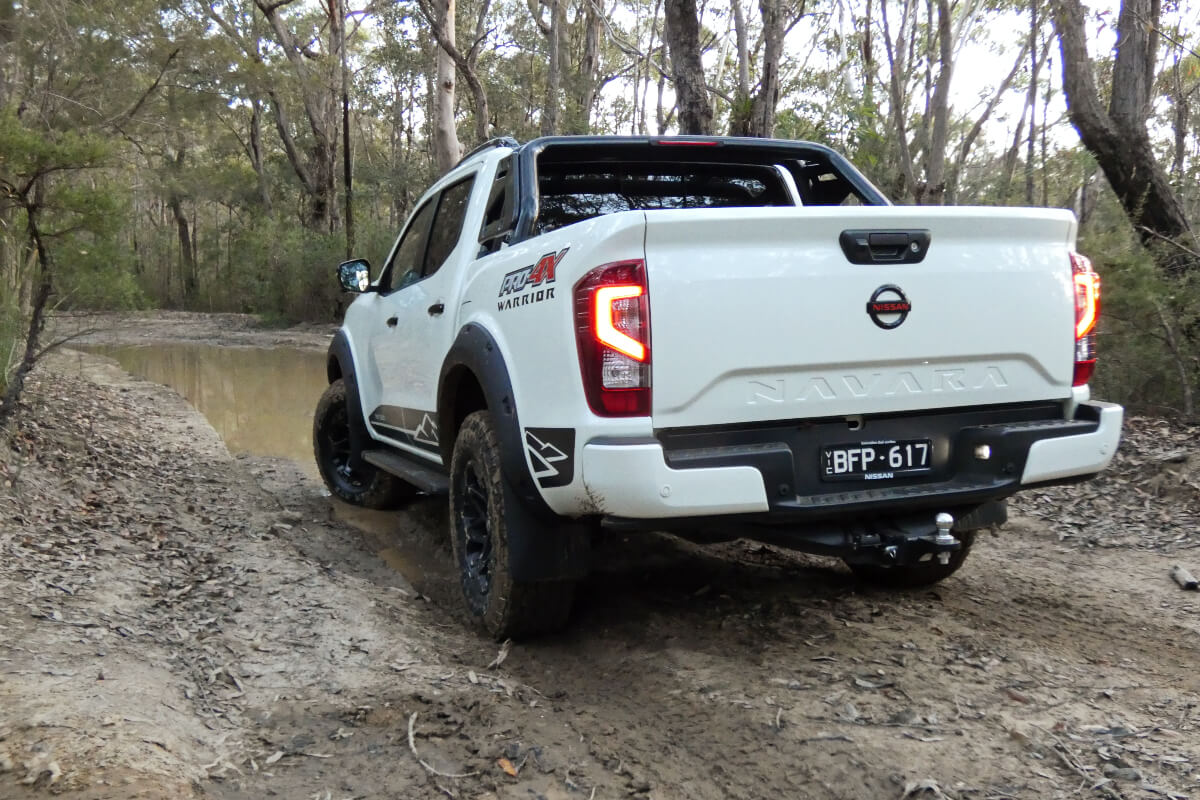 Premcar fettled the original N-Trek Warrior as well as the latest PRO-4X Warrior, but there’s no mention of its involvement in bringing the PRO-4X to market.

The Melbourne based outfit got the gig because Nissan said it had the capability to develop a hero version of the ute that met local demands and had the experience to undertake a local development, testing and tuning program.

All versions have been powered by the same twin turbo, 2.3-litre four cylinder diesel, with development focused on changes to the suspension, wheels and tyres, along with cosmetic enhancements.

There’s also red accents for the bash plate and springs, black wheels and some serious fender flares — not to mention great looking decals.

Inside there’s two-zone climate air, red stitched leather trim, fancy chrome transmission surround, rear air outlets, and of course that odd little sliding rear window that has been a part of the Navara experience for so long.

The back seats are large enough to accommodate adults, with the usual reservations about long distance travel.

Autonomous emergency braking (City and Interurban) is now standard on all variants, but does not detect pedestrians and cyclists.

PRO-4X Warrior is covered by a 5-year unlimited kilometre warranty, with service intervals set at 12 months or 15,000km. 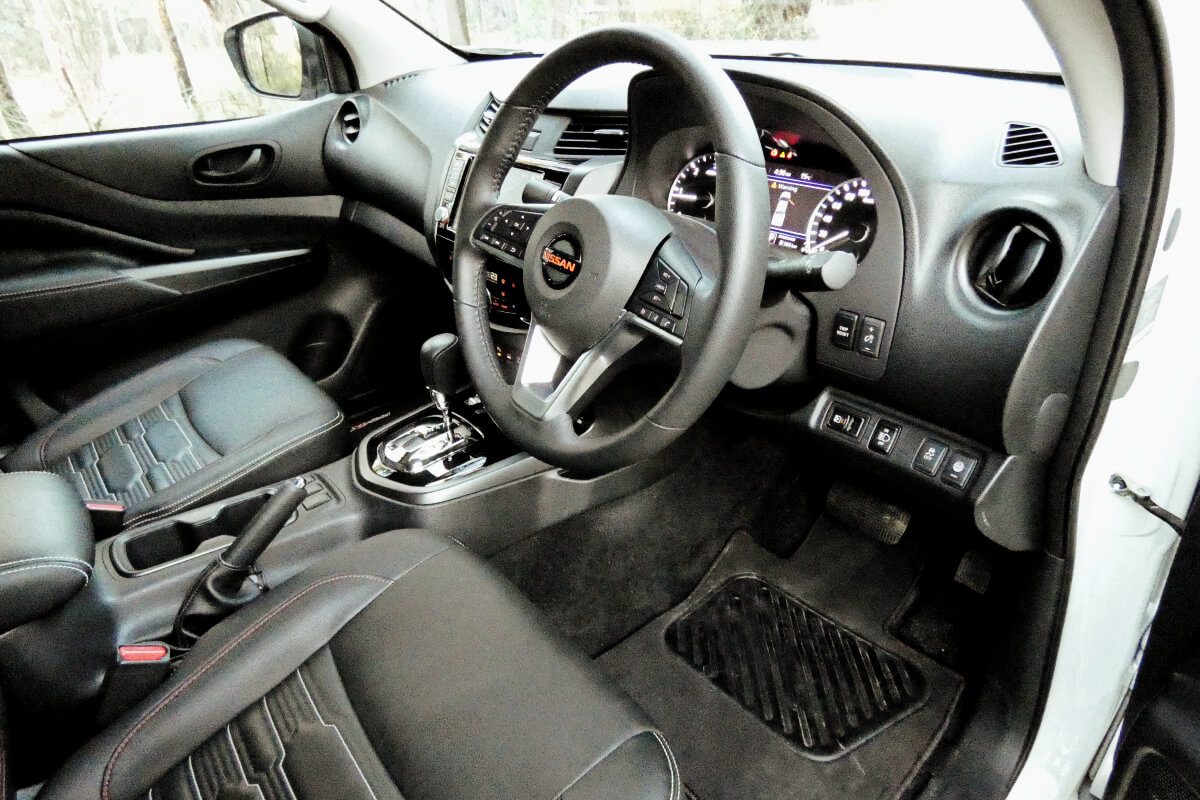 She professes a liking for the Warrior and reckons it’s easy to drive.

Although she is quick to add that at 5.3 metres in length, it can be a bit tricky to park sometimes.

The twin turbo, 2.3-litre four cylinder diesel puts out 140kW of power and 450Nm of torque, with a choice of 6-speed manual or 7-speed auto transmissions.

Premcar has built on the PRO-4X, enhancing its performance and capability with wheel, tyre and suspension enhancements to deliver improved ground clearance, a wider stance and improved ride and handling.

Ground clearance, a big determinate of off-road ability, has been something of a moving target, originally 300mm with N-Trek, then 224mm for PRO-4X and now 260mm for the latest Warrior.

Part of the brief was to ensure PRO-4X Warrior performs as well on road as it does off the bitumen.

That’s important because as nice and shiny as it might be, the utility will spend the vast majority of its time just being a car and probably a family car at that.

As such no one needs or wants a car that sits so high it requires a ladder to get in and out of, which might explain the slightly lower ride height.

And remember every additional millimetre adds to body roll — it’s not rocket science.

As part of the improvements made to the vehicle, its track has also been widened, from 1570mm to 1600mm.

As well as giving the new Warrior a wider, tougher stance, it also delivers better handling, cornering capability and stability.

The rear dampers’ low-speed control has been increased to reduce float in the rear of the vehicle when towing or carrying a load.

The Warrior’s new jounce bumper is also now larger and taller and engages the chassis rail earlier in the suspension travel, while delivering a more progressive rate, controlling the wheel movement at maximum suspension travel.

The outcome is a more compliant and softer transfer of energy into the chassis, controlling the wheel and suspension more effectively, and significantly improving the harshness and noise transfer into the chassis and cabin over rough road conditions.

Chunkier tyres offer increased tread depth, and an off-road focused tread pattern setup for 70 per cent road and sand, 30 per cent dirt and mud, and is designed with a scalloped shoulder, high-tensile steel, and whisper groove shields that further reduce road noise.

So, what’s it go like? Not bad, just quietly.

It pulls strongly just off idle, with a ride that is surprisingly supple.

Wile the steering is still a bit vague, it goes where you point it without complaint.

It’s still got rear drum brakes, like just about all utes — but the on-road experience is generally pretty good.

Off road? The increase in ride height, better approach and departure angles and the redesigned towbar all bode well for adventure, with some decent rubber to give the tyres a bit of bite.

Interestingly, the traction system remains operative, at least for the front wheels, even in low with the diff lock activated.

Warrior will take you as far as you are probably prepared to go without damaging your vehicle and that’s as far as it needs to go. 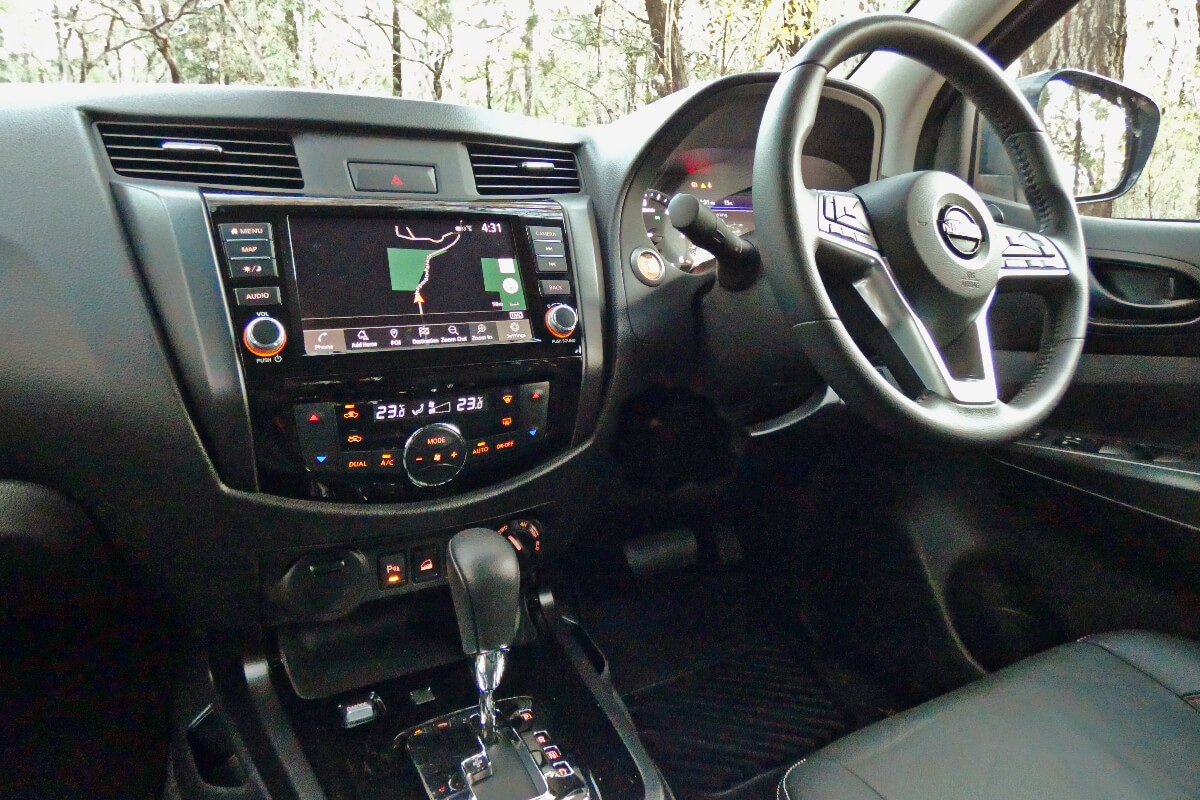 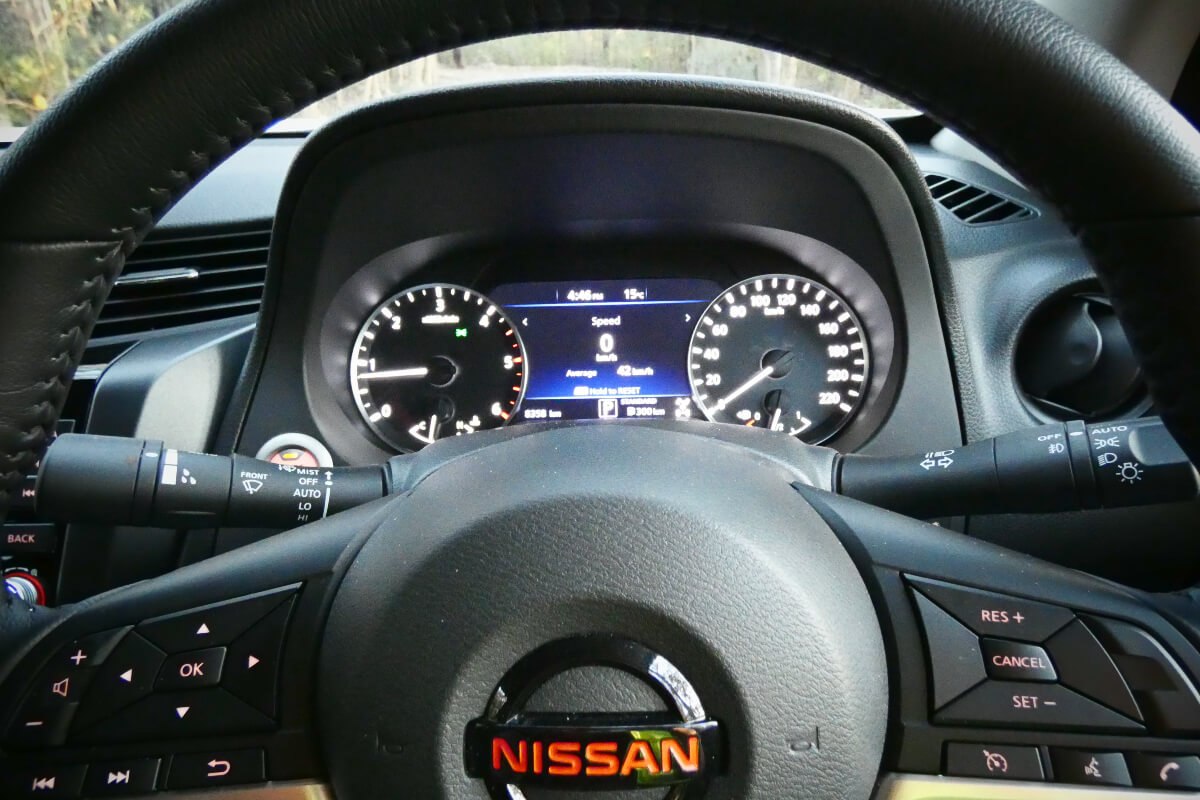 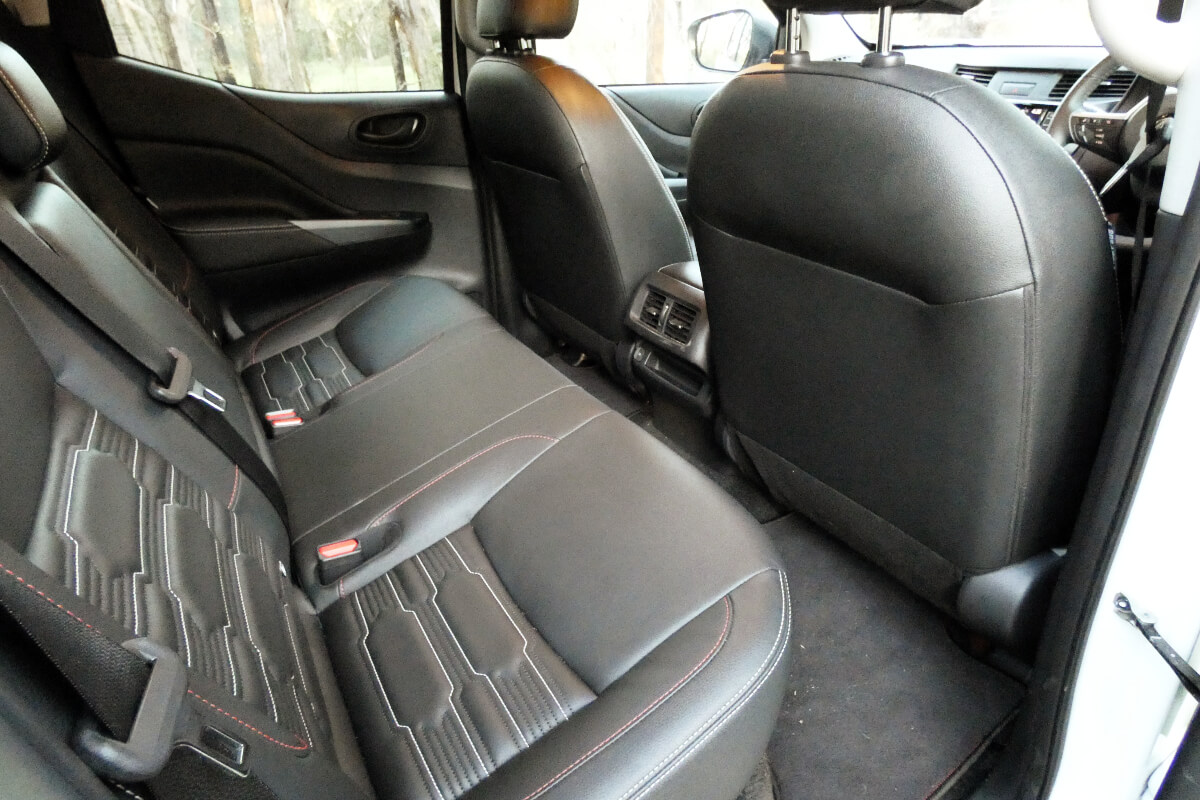 Nissan has had its ups and downs with Navara over the years.

With the PRO-4X Warrior, it seems to finally be on the right track. It’s got the looks and performance that buyers want and at the end of the day, that’s what it’s all about. 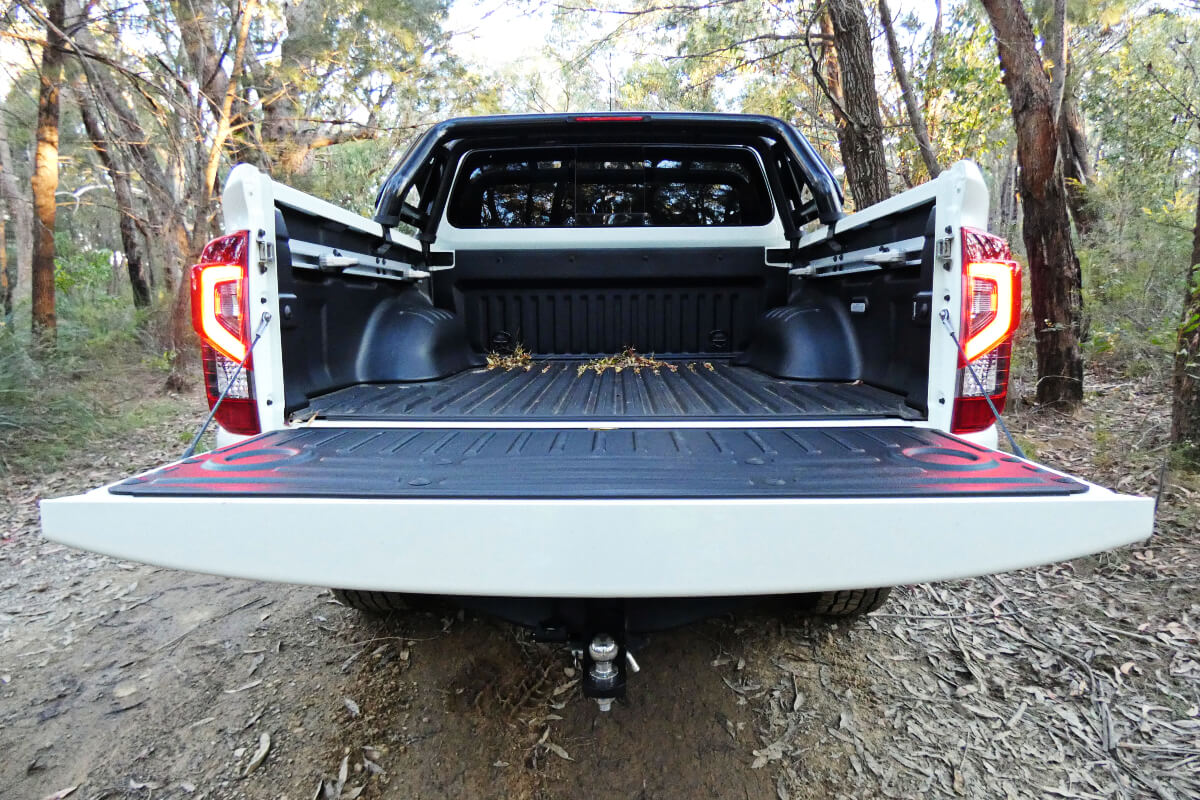