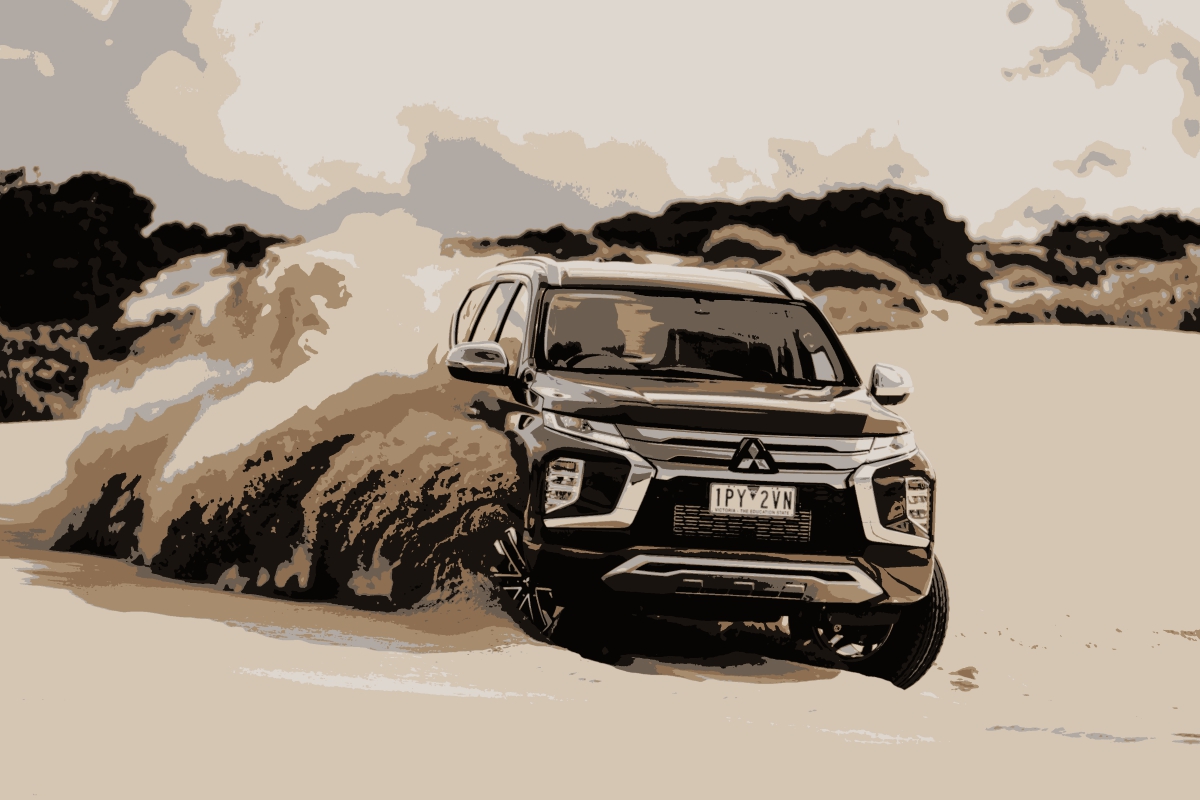 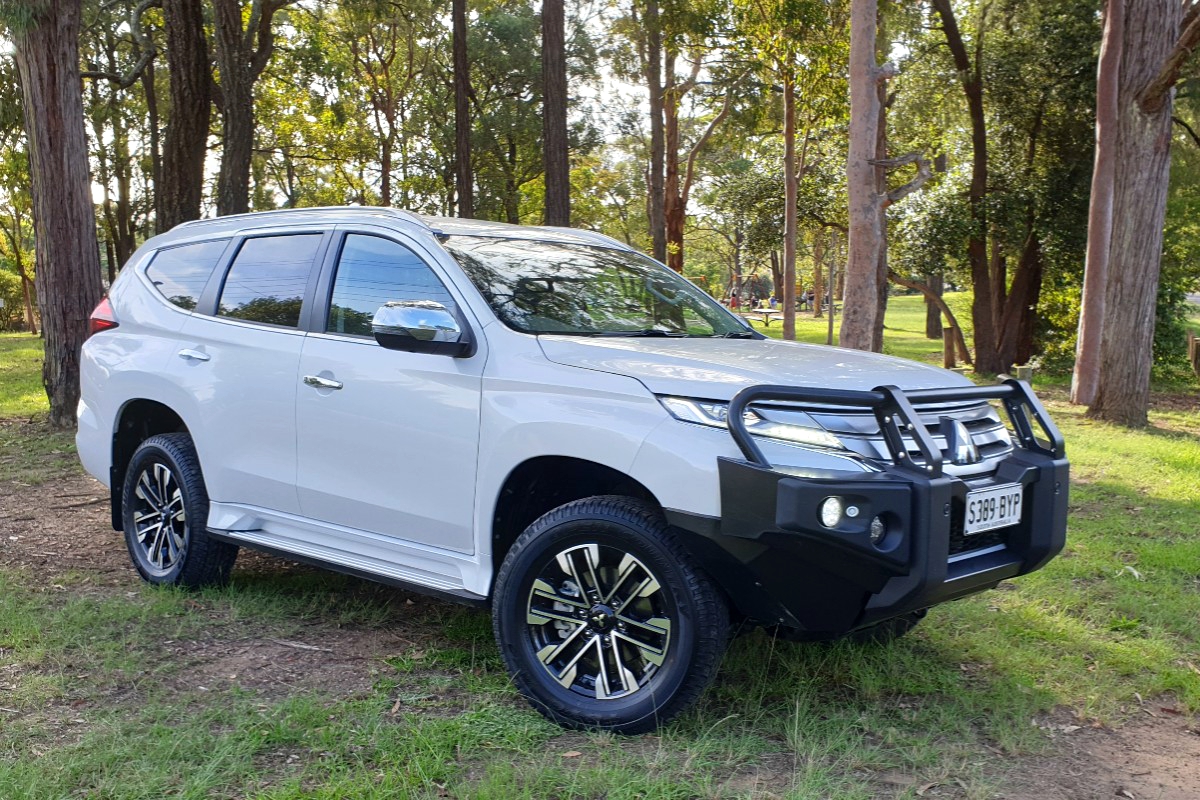 In 1996 Mitsubishi released a car called the Challenger.

Rough and tough, it was based on the Triton four-door 4WD capable ute.

In 2015 the Challenger was renamed, becoming Pajero Sport — a bit ironic as the Pajero itself has been left untouched.

The Japanese manufacturer has been rolling out a progressive update to its family design and in late 2019 the Pajero Sport was given the same treatment.

A refinement of the “shield” design and a minor change to the ‘clown tears’ tail lights give the 2020 Pajero Sport a more integrated look.

We drove the top of the range Exceed. It sits ahead of the five seater GLX, five or seven seater GLS. 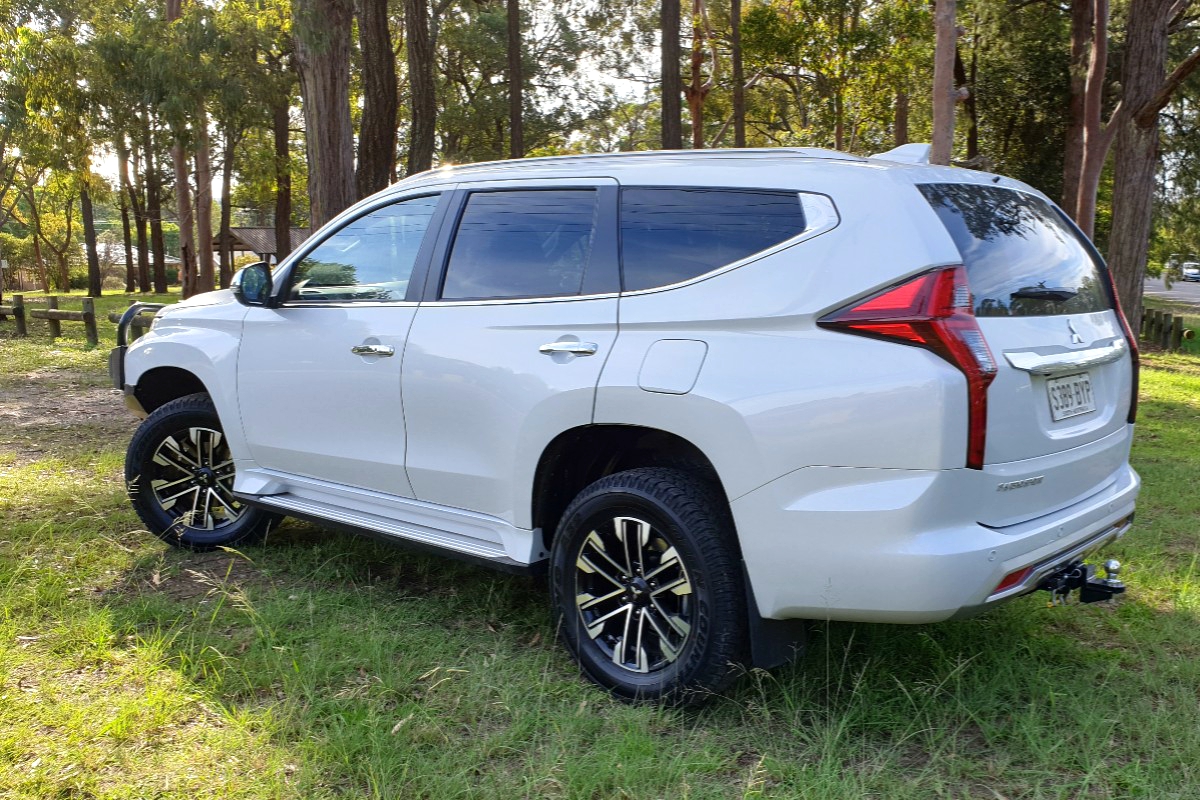 It comes in a choice of seven colours, including the White Diamond pearlescent of the Exceed as tested.

The White Diamond paint is $940, and this vehicle was fitted with a Front Protection Bar, towbar and electric brakes for towing.

With those accessories and paint the final d/a price was $65,687 as driven.

Side steps are standard.

The rear end’s much maligned vertical lights have been shortened and now stops at the shut line of the bumper.

The rear ‘gate is power operated and can now be operated by swiping a foot under the bumper.

The interior isn’t well appointed, but it’s enough to have a stab at saying it’s a top of the range version.

The leather seats are plain to look at, to sit on, and lack venting.

It’s a seven seater and the third row seats are deployed with the ubiquitous pull strap system.

Delightfully easy to use, they’re best suited to younger passengers due to limited leg room.

It’s a family oriented vehicle and overtly so.

The centre row passengers have access to USB ports and an Aussie spec three-pin plug for portable fridges and the like.

Up front is a 12V socket, pair of USB ports, and a cool looking dash display for the driver.

It’s an 8.0 inch full colour screen, with two small blocked off sections for fuel and temperature.

A tab on the tiller changes between a speedo or tacho-look style.

A revamped 8.0 inch touchscreen for audio, apps, and navigation has also been fitted.

Drive is selected via a standard selector.

For off-road driving there is Mitsubishi’s well proven Super-Select system, operated via a console dial and it has centre and rear diff locking capability.

Safety levels are high with all of the mandated features including Anti Collision and seven airbags. 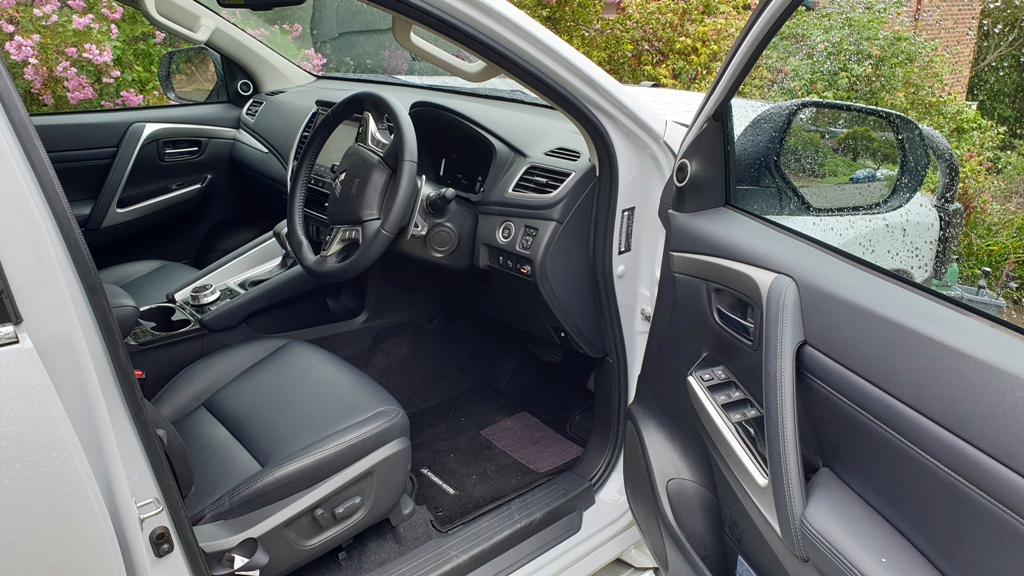 Much like the Triton that it’s based on, it’s a bit of a slug.

Make that very sluggish — well, this car was and it was an unusual feeling.

With a dry weight of 2110kg, this particular vehicle felt as if a tyre was flat, or it was dragging a hidden anchor.

Considering the 430Nm of torque the 2.4-litre diesel produces — it was perplexing.

It wasn’t as eco-friendly as the figures suggest either.

Mitsubishi claims a combined figure of  8.0L/100km, meaning their highway figure would be less than ours.

The engine in Pajero Sport is old school diesel, with a lot of high end clatter that is still noticeable in cruise mode.

The transmission is an eight speed and works well enough. It’ll hold gear nicely on long, down-hill runs, with Hill Descent Control to back up low range capability.

Both steering and brakes were up to the task as well.

The brakes grip really well with a little prodding while the steering was just, just light enough for shopping carparks. 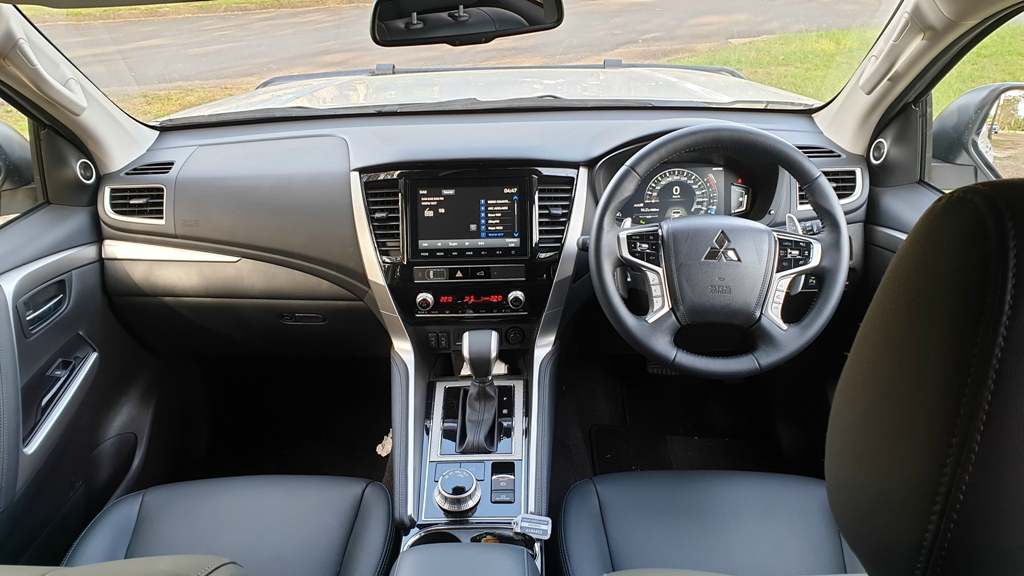 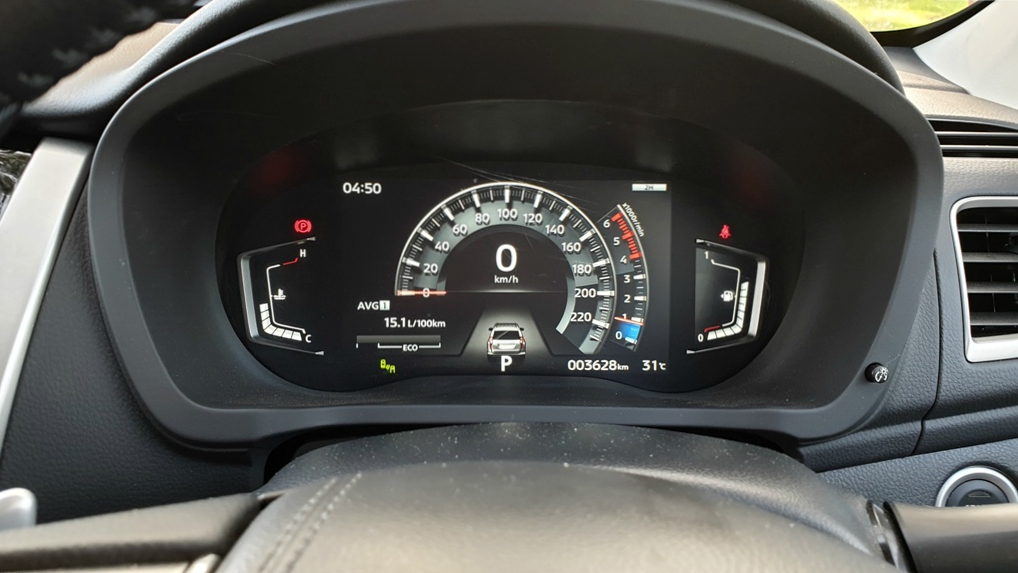 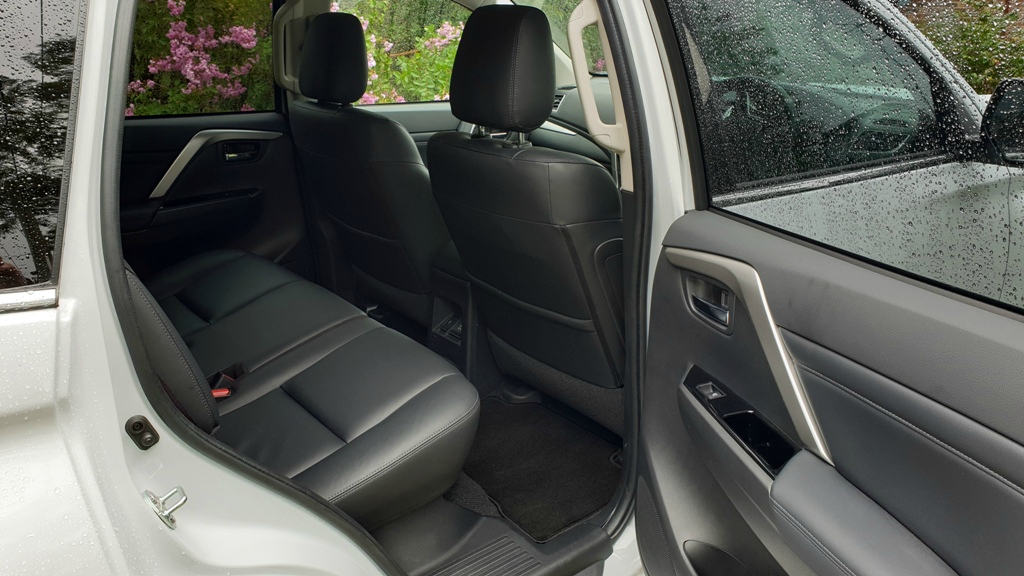 The Pajero Sport range is clearly aimed at families.

That much is clear from the seat options and equipment lists.

The disappointing drive experience was a real surprise.

Tyre pressures were spot on, the electric parking brake disengages when Drive is selected, so the lack of urge was baffling.

But it would be unfair to judge the entire range on the basis of one vehicle’s surprisingly lacklustre performance.

So, as a result, we can only recommend that you test drive one and see for yourself — see if it was a “Friday” car or not. 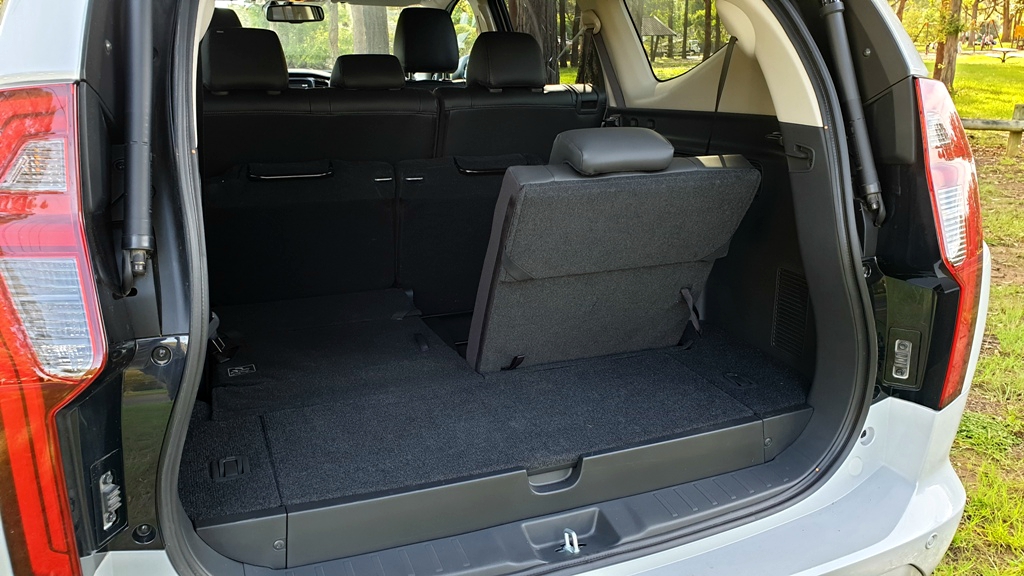 CHECKOUT: Mitsubishi Eclipse Cross: The Good, the Bad and the Ugly?