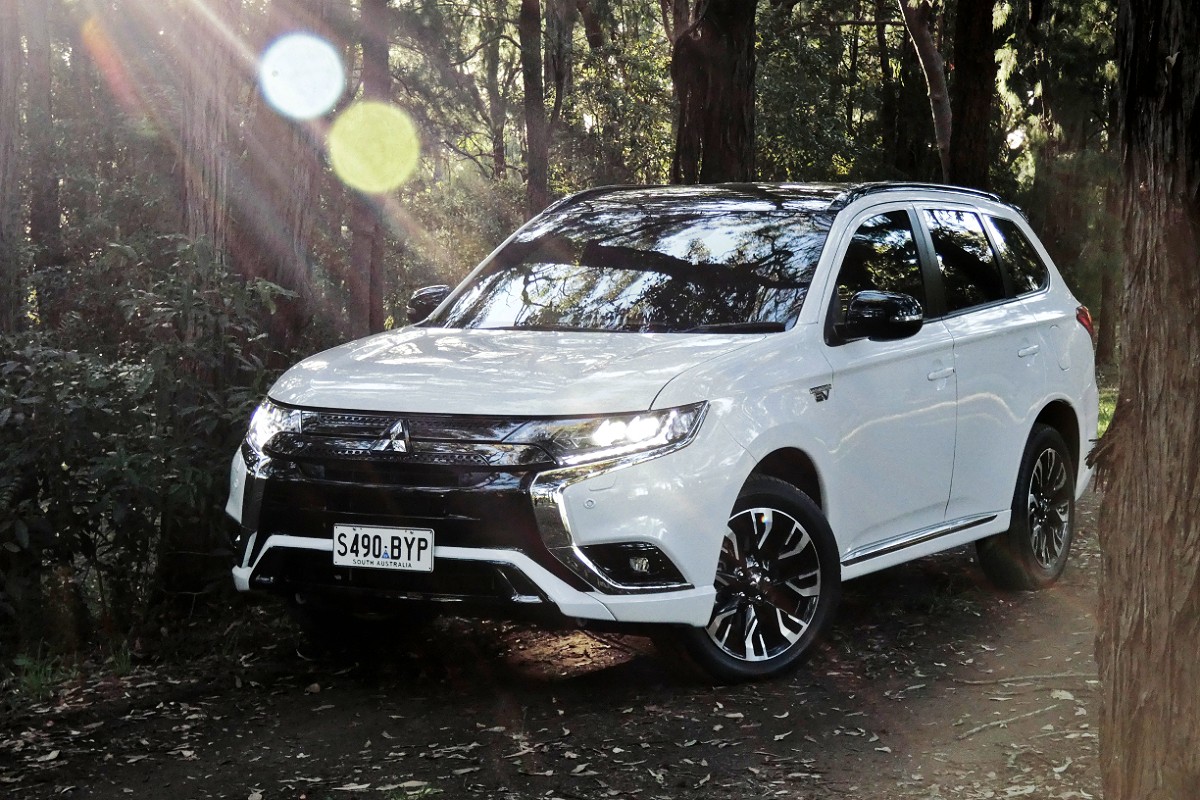 Home
Test drive
Mitsubishi Outlander PHEV: Now I get it 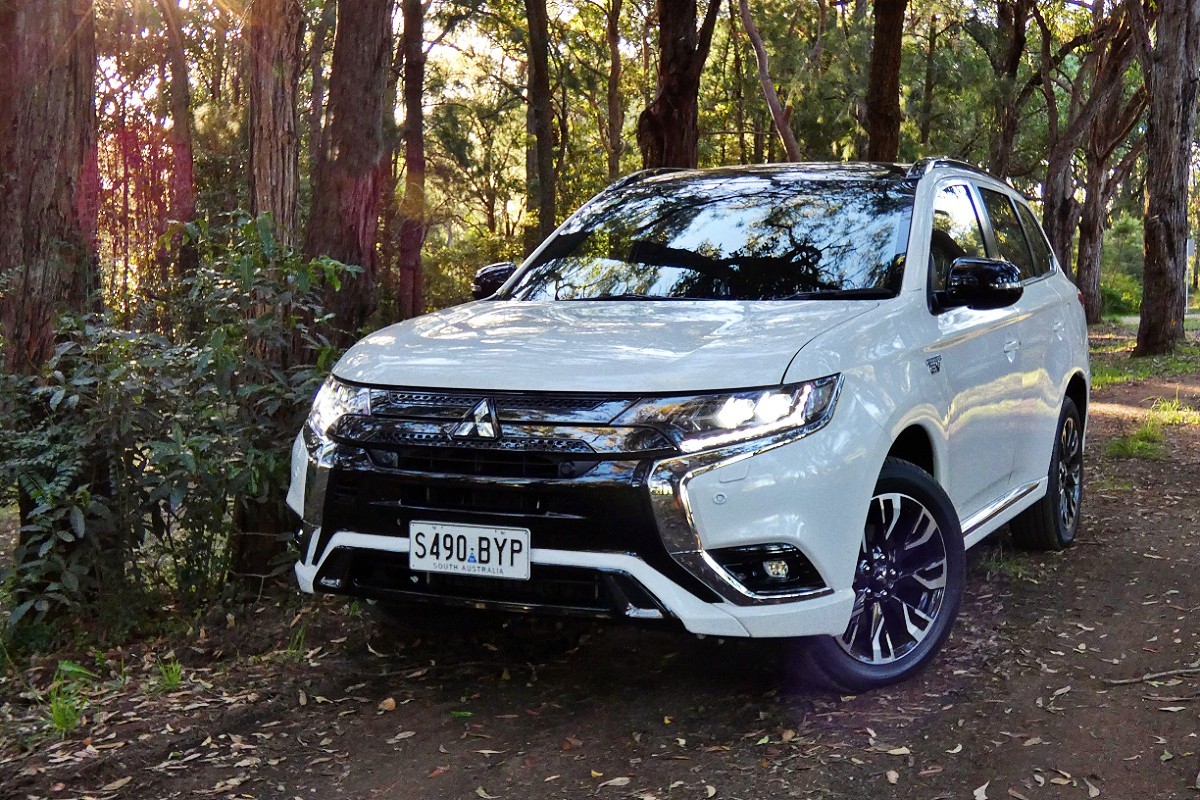 Mitsubishi’s mid-sized Outlander SUV now comes in a bewildering 13 grades these days, with a choice of 2.0 and 2.4-litre petrol engines, a turbo diesel and even a hybrid powertrain, along with manual or auto transmissions and seating for five or seven.

It’s fair to say Mitsubishi has got its bases covered with this one, but with a new model just out overseas you may want to keep your powder dry.

Then again if you’re after a diesel, you might want to strike while the iron is hot — because the new lineup reportedly does not include a diesel.

The PHEV (Plugin Hybrid Electric Vehicle) sits at the top of the ladder, with three grades to choose from — ES, GSR and Exceed.

Our test vehicle was the PHEV GSR with S-AWC (all-wheel drive) which appears to have replaced the ES model with the ADAS safety pack.

Unfortunately PHEV is available only in five-seat configuration because the battery pack occupies the space normally devoted to the third pair of seats. 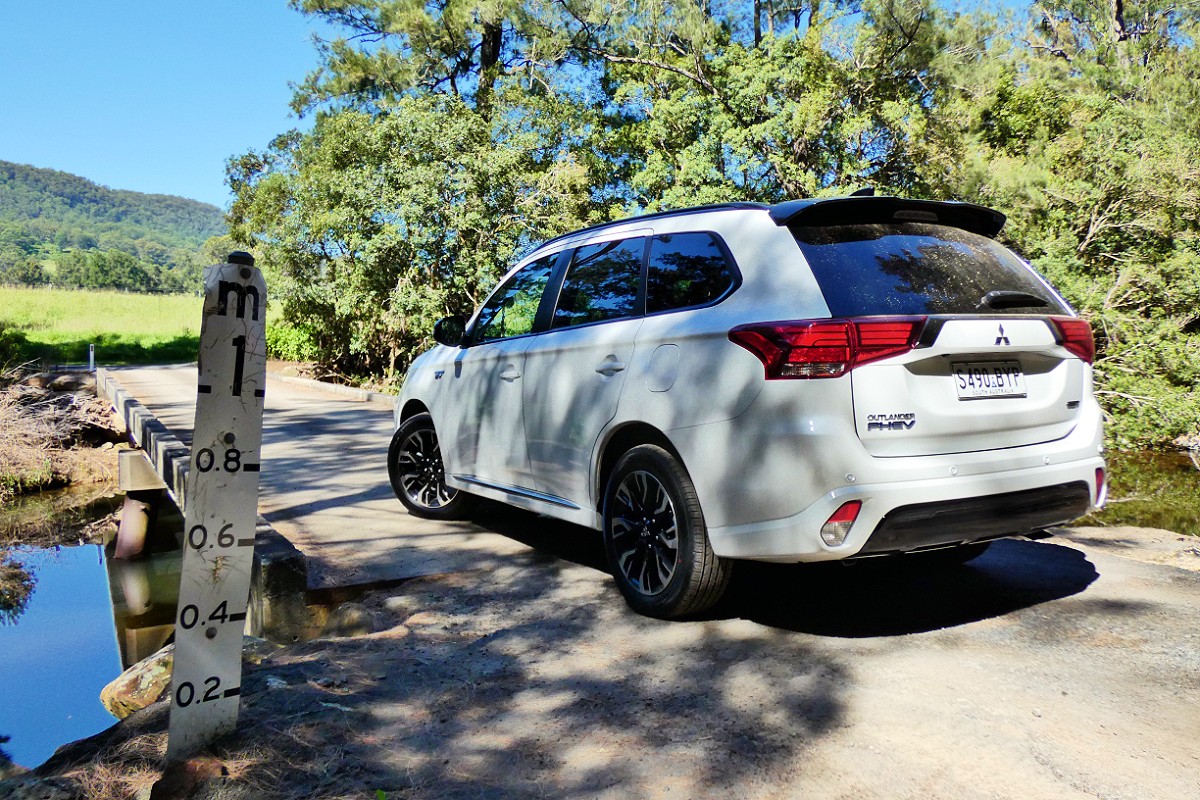 The cabin is trimmed in a combination of suede with synthetic leather bolsters.

Standard safety kit includes Forward Collision Mitigation that provides a visible and audible warning if a collision risk has been identified, escalating to autonomous braking if a high risk of collision has been determined.

It’s worth noting that it also comes with a 10-year warranty, 10-year capped price servicing and 12 months roadside assistance. 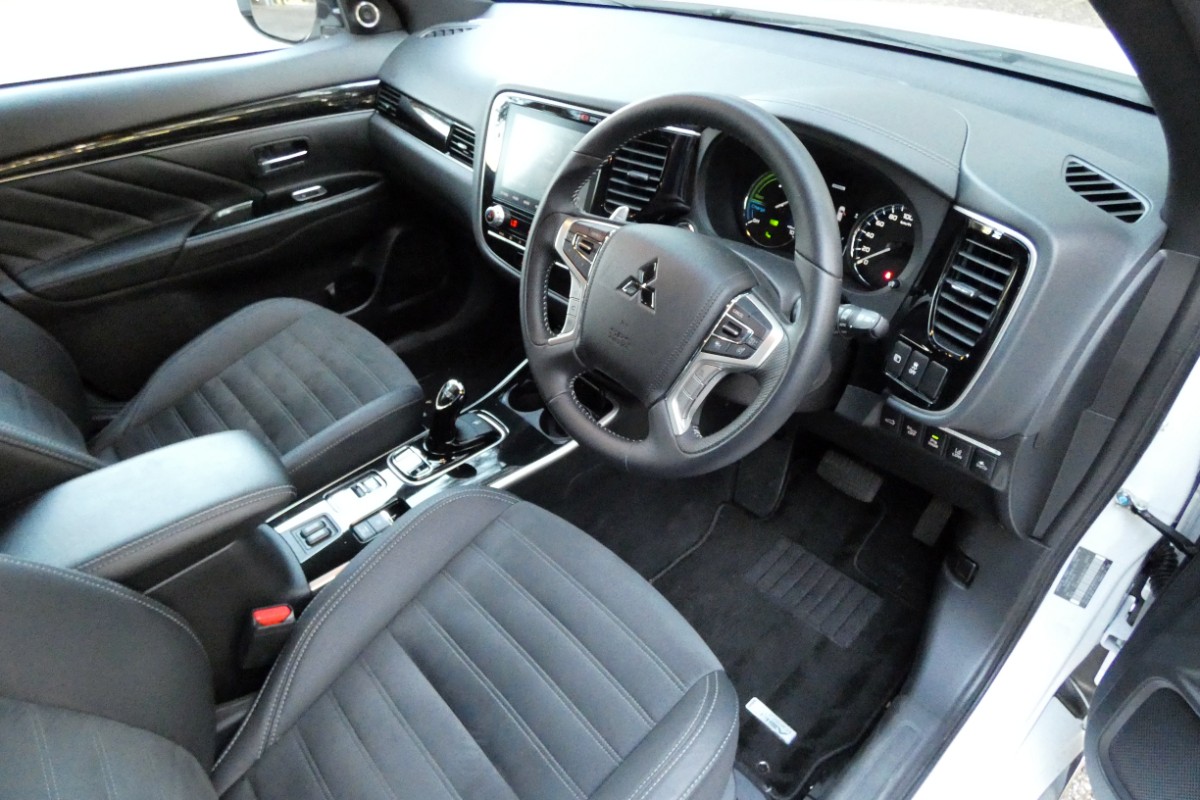 The hybrid powertrain consists of a 2.4-litre, multi-point fuel injected four cylinder petrol engine, together with two electric motors — one for the front and one for the rear axle.

It can operated in three modes: EV or pure electric mode, Series Hybrid or Parallel Hybrid.

Transmission is via a CVT style, continuously variable auto with Eco, Sport and EV drive modes, together with steering wheel change paddles.

There’s also two B for ‘engine braking’ gear selections — B3 and B5 — to retard downhill progress.

Sounds complicated but it all works pretty seamlessly, with little or no driver input required.

In pure electric mode, the PHEV can travel a maximum of 54km under ideal conditions, which is probably enough to get you to and from work without using any petrol.

In Series Hybrid mode, the car is still powered by the front and rear electric motors, but power from the petrol engine is diverted to run the generator that charges the battery.

This mode is automatically activated during sudden acceleration, driving uphill or when the battery state of charge is too low.

Then in Parallel Hybrid mode, the petrol engine powers the front wheels with assistance from the electric motors front and back.

This mode is automatically activated at high speed and under hard acceleration.

But the system is designed to switch to series hybrid/EV priority mode as much as possible.

In terms of power and torque, 157kW and 332Nm are available with all three power sources working in unison.

So, what’s all the fuss about? Well, officially, the PHEV is rated at 1.9L/100km and that’s about as good as it gets.

That said, we’d love to tell you what we actually got . . . but of course the trip computer keeps resetting itself.

It’s a problem shared by many of Mitsubishi’s vehicles and we’ve spoken to them about it before, but we have been unable to get a satisfactory answer.

Sure there’s a setting to stop the computer from doing this — it just doesn’t work.

After close to 800km of city, country and motorway running, the vehicle was showing 5.3L/100km on its return.

Overall, the drive experience is engaging, surprisingly satisfying and oddly entertaining — though not perfect.

The PHEV has a spring in its step, but ride quality tends to deteriorate a little more quickly than the road itself, transmitting all those little bumps that should normally be soaked up.

Engaging braking mode on downhill runs is fiddly, as is reverting back to normal drive mode when you hit the bottom.

There’s a petrol fuel filler flap on one side of the wagon and a second flap concealing electric sockets on the opposite side, with a three or four metre long charge cable supplied.

However long it is, it could do with another metre.

You also need access to a power point of course, which can take some juggling in multi-vehicle households (aren’t they all these days). 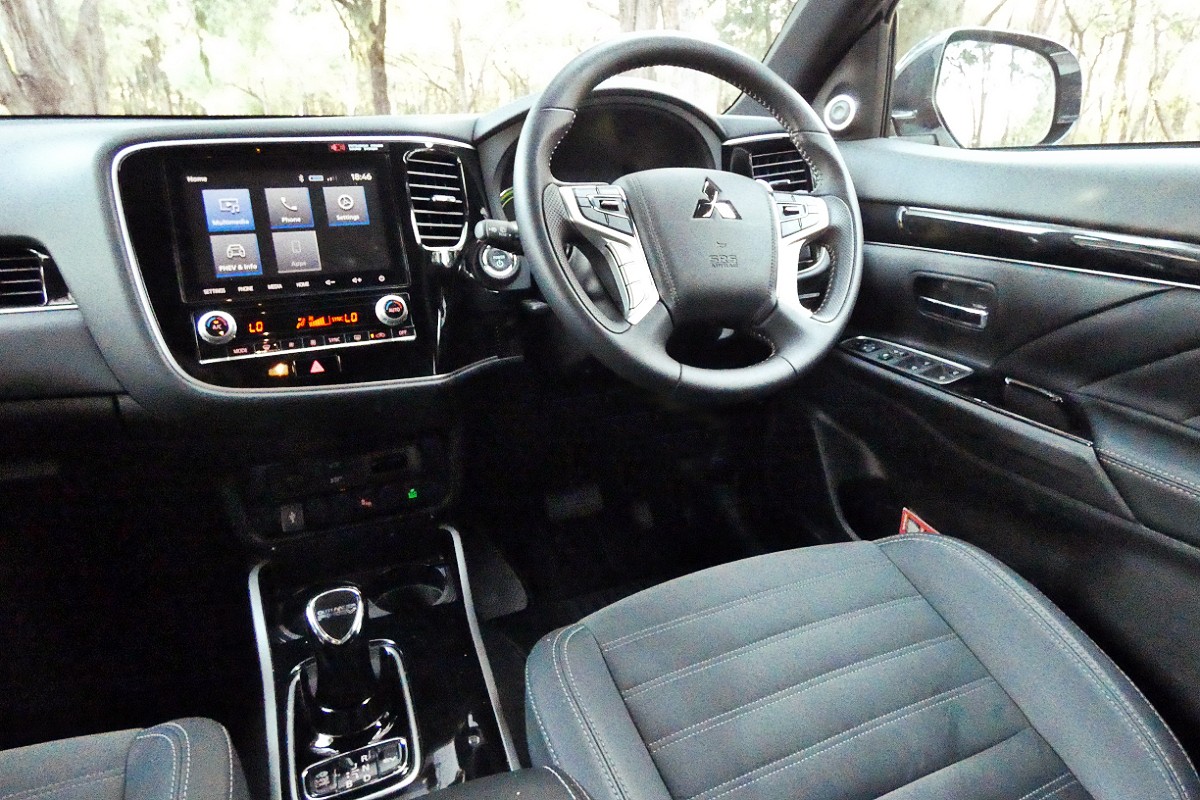 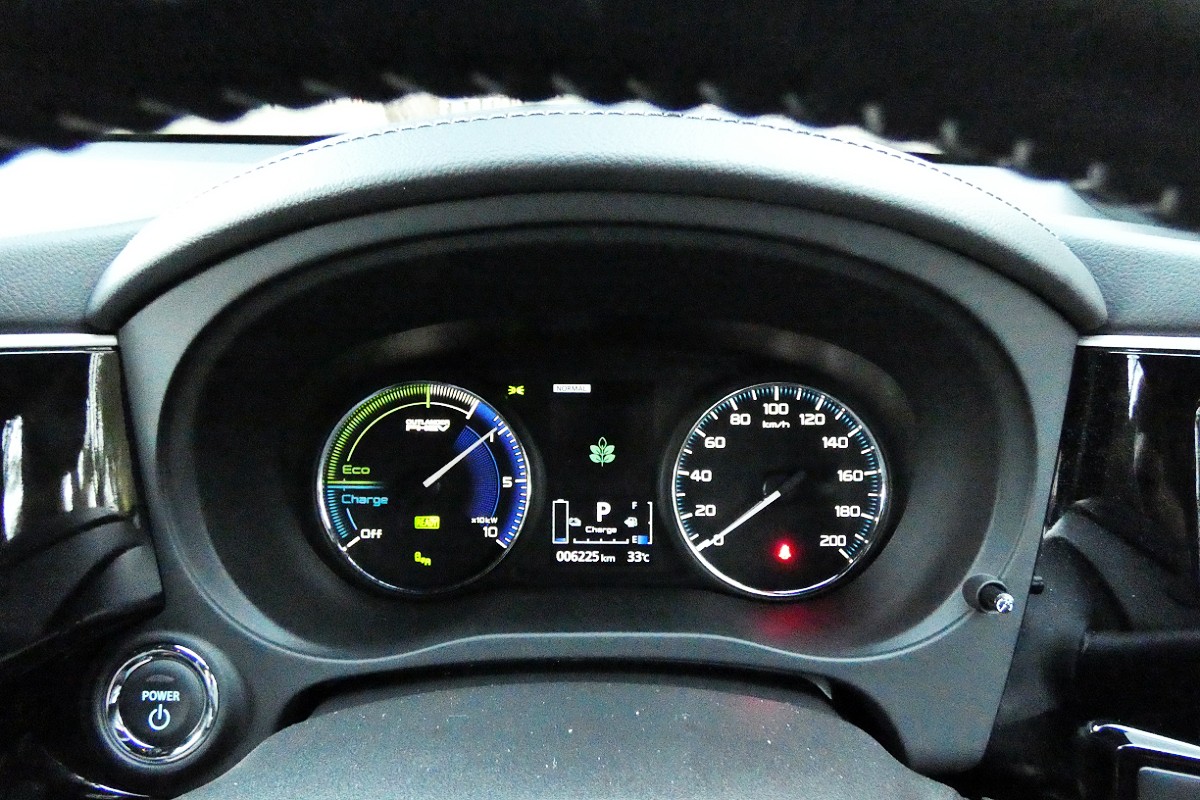 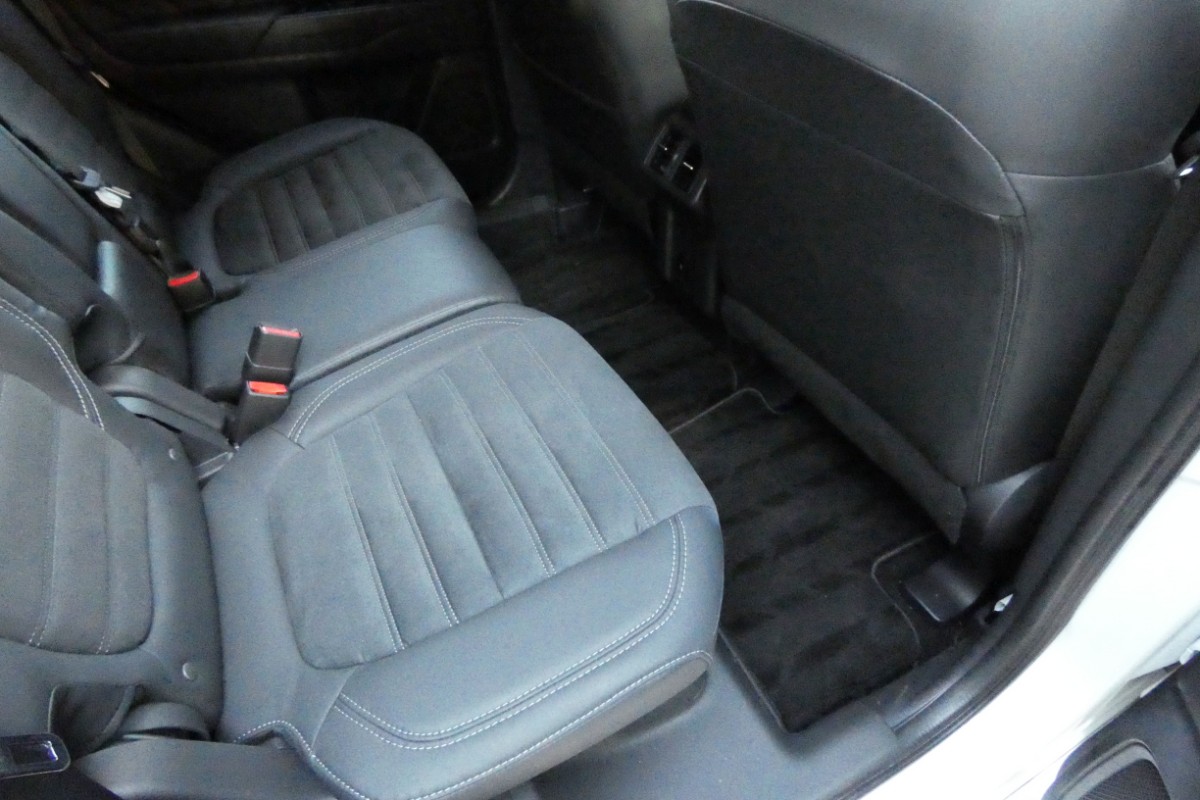 I remember the first time I drove the PHEV.

It was a few years ago now and I couldn’t understand the point of an electric vehicle with a range of 50km, probably even less back then.

Call me a slow learner, but I finally get it. The PHEV is a clever bet each way, a car that you can drive in and out of the city during the week, using only electric power.

Then, on the weekend, head out of town confident in the knowledge that you will be able to get home again, and using very little fuel in the process — I’ll be looking forward to the new one. 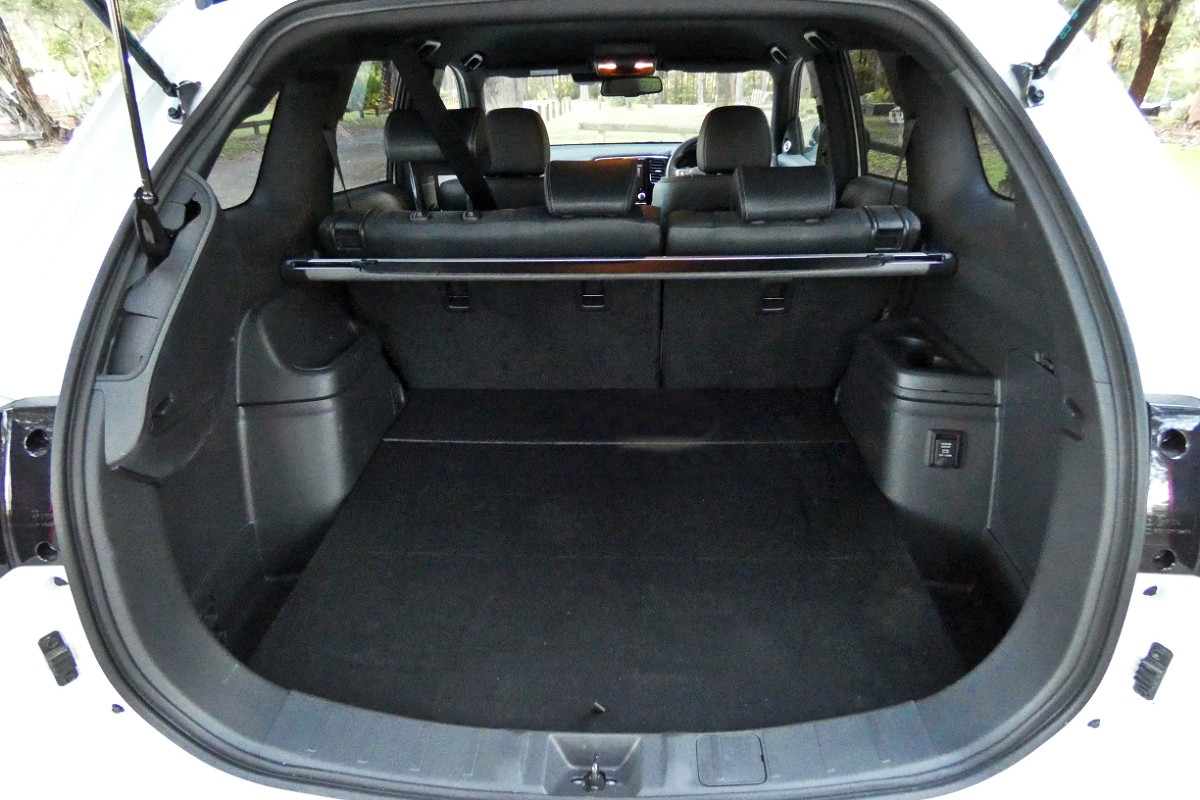