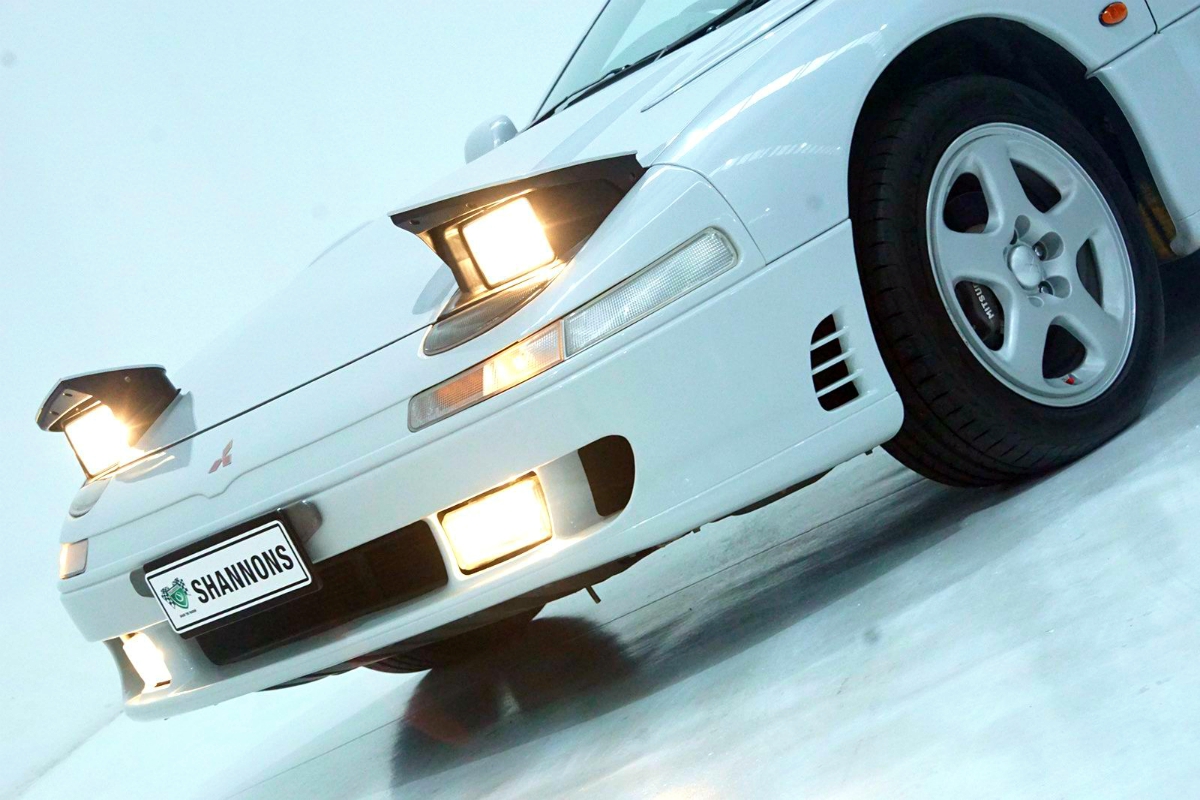 Mitsubishi coupe pumped out more power that a GT-R!

Back in the Nineties Mitsubishi released a high performance coupe that pumped out more than the hallowed Nissan’s Skyline GT-R.

The Mitsubishi’s 3000GT was a hi-tech, high performance front-engined, all-wheel drive 2+2 liftback that was manufactured in Nagoya, Japan, from 1990 to 1999.

It was sold in the Japanese domestic market under the name GTO and there was also a Dodged badged version called the Stealth.

A replacement for the Starion, the 3000GT was designed to compete with the Mazda Cosmo, Nissan 300ZX, Subaru SVX, and the Toyota Supra.

The GT3000 was a technical tour de force, with a twin-turbocharged transversely-mounted 3.0-litre, 24-valve DOHC V6 engine that developed 210kW of power — four more kilowatts than Nissan’s R32 GT-R of the same period.

Inside, the 2+2 cabin was similarly well-equipped, with every conceivable automated luxury appointment, but strangely was trimmed in cloth rather than leather.

During its lifetime, the 3000GT was updated just once, in 1994, with a revised front bumper to accommodate projector beam headlights and small, round projector fog lights — a replacement for the original pop-up units.

Highly regarded, even today, the 3000GT is popular and respected among devotees of Japanese performance models.

Magazines from the era praised its brutal acceleration and AWD grip, but disliked its Active Aero and other ‘special’ gadgets,

Despite impeccable credentials, however, it was largely ignored here thanks to a lack of advertising support and a $90,000 price tag — a figure that jumped to more than $115,000 eventually.

The car being auctioned by Shannons is number 53, delivered new by D J Mitsubishi in Hobart and finished in Misty White Metallic — an unusual light grey pearl metallic colour.

Coincidentally, it’s the same shade as that picked by the Chairman of Shell Australia, one of the 3000GT’s more unlikely owners.

A patented ceramic quartz glass coating was applied to its paintwork just over a year ago, so it remains in near perfect condition.

It’s a description also worthy of the interior, which is finished in grey cloth with patterned grey inserts in the seats and doors.

All the plastics are virtually unmarked, as are the grey carpets and fawn headlining.

It’s in superb condition despite the fact is almost 30 years old.

The car sits on a set of silver factory alloys, the left front one slightly kerbed.

With its original owner and obviously well looked after for 24 years, the 3000GT was later sold to a Melbourne buyer, and comes with original books and a folder of receipts.

Previously on Victorian club registration, this 1991 Mitsubishi 3000GT is offered for sale unregistered.