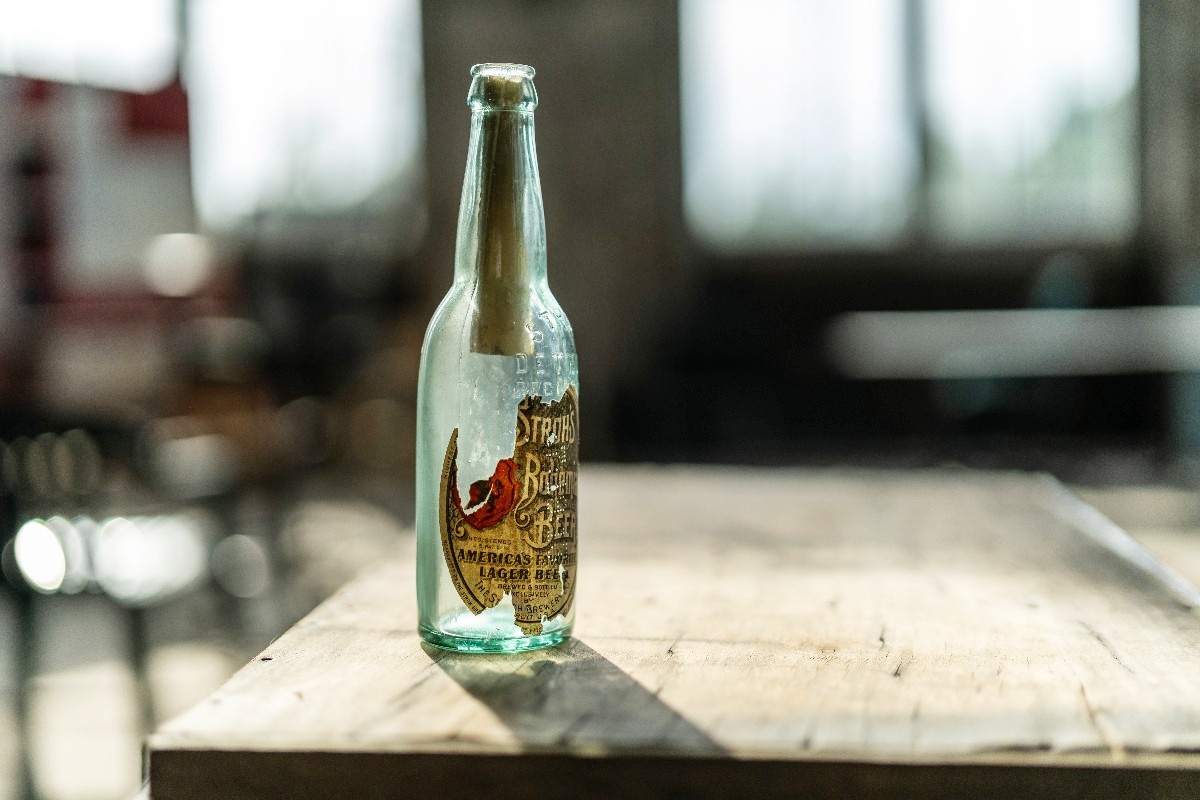 Message in a beer bottle

Workers in the United States have uncovered a message in a beer bottle that is more than 100 years old.

The pre-Prohibition-era Stroh’s beer bottle was found at Michigan Central Station which was purchased by Ford in 2018.

Archivists removed the paper to reveal a message believed to have been written by two men who worked on the station’s construction in 1913 — though the full message is unclear.

The bottled, stamped with the date 19-7-13 was discovered around 6pm on May 4 by Lukas Nielsen and Leo Kimble, who work for a plaster restoration contractor and were working in what was the tea room.

The railway station opened in 1913.

The men were praised for resisting the urge to open the bottle themselves.

“It was extremely tempting, it really was,” Nielsen said.

“If we did anything to remove it, we would have destroyed it.”

The men were on a scissor lift to reach a high section of plaster cornice when Nielsen noticed something behind it.

A glass bottle had been stuffed upside-down and situated behind the wall’s crown molding.

Kimble was about to strike the wall when Nielsen stopped him.

They stopped working and removed the bottle instead.

Later that night, they also found a Finck’s overalls button believed to have fallen off during the construction.

It too was found inside the wall.

In the early 1900s, when the station was built, Finck’s “Detroit Special” overalls were synonymous with quality denim garments for labourers.

“I think the bottle was left there with the hope that someone finds it in the future,” Kampo said.

Nielsen and Kimble, who have found other vintage bottles inside the station, though none with mysterious messages inside, said it’s rare to find any artifacts at construction sites because items get destroyed very easily.

More than 200 items, including nearly 100 that have been used to replicate new pieces of the building, have been found over the course of Ford’s multi-year renovation.

“The items that have been found show the care that each of the individual construction workers are taking when they’re doing their work,” Ford construction manager, Rich Bardelli, said.

“They saw it and they knew it was important, so they brought it to us. My reaction was to wait to open it and make sure we do it right.”

Other recent finds include a saucer from a china set, which was recovered in the basement.

During the removal of an elevator shaft, a room was discovered on an intermediate level that contained an adding machine, baby shoes, women’s shoes and other items.

Old tickets and payment ledgers for bills and invoices have also been discovered.

An old Shinola shoeshine bottle was found nearby, at the former brass factory next to The Factory.

The items will be relocated to Ford’s purpose-built archives in Dearborn, to be integrated into the company’s larger collection.

The paper containing the message will be delicately cared for by Ford archivists in a temperature-controlled space, including being re-humidified and placed in a storage box.

“The main thing you have to do is slow down the deterioration of the paper,” Heritage and Brand Manager, Ted Ryan, said.

“With the bottle, that’s easy because it’s glass, but we’ll also have to make sure the rest of the label doesn’t deteriorate. It’s just like the pieces of a classic car.”

Ford purchased the long-vacant railway station in 2018 and the preservation project began shortly after.

It is set to become the centerpiece of Michigan Central, a 12-hectare mobility innovation district in Corktown featuring a mix of shops, restaurants and community amenities, as well as dynamic spaces for Ford employees and the company’s innovation partners to develop, test and launch new solutions to solve urban transportation challenges.

Construction is expected to be completed by the end of 2022.

CHECKOUT: I do, says Tiffany — so does Mr Ford