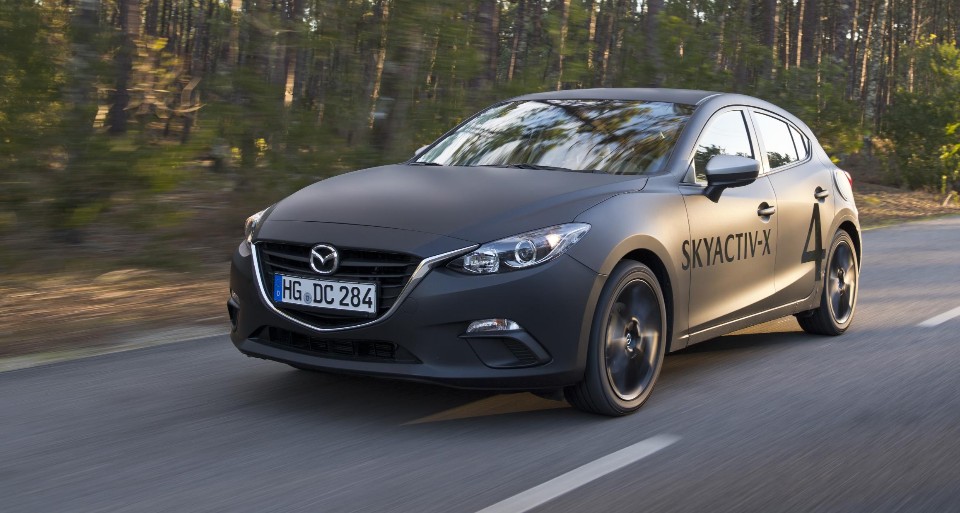 Mazda claims its new SKYACTIV-X engine can match it with an EV, if you count the way electricity is produced.

Until power from renewables replaces the dirtiest forms of electricity, it says electric powertrains do not currently satisfy the demand for a drastic reduction in greenhouse gases.

Instead the company is focusing on maximising the efficiency of the internal combustion engine.

The company plans to introduce an EV and mild hybrid technology in 2019, models with built-in batteries in 2020, and the brand’s first plug-in hybrid in 2025.

With two thirds of global electricity production currently relying on the use of fossil fuels, Mazda believes regulations placing the absolute emissions of an EV at zero to be “disingenuous”.

The use of ‘Well-to-Wheel’ emissions evaluation will allow Mazda to make a more accurate assessment of the appropriate powertrain development paths to pursue in the immediate future.

In this context, the company has reconsidered the ecological merits of EV vehicles which consume power generated by using fossil fuels.

A mid-sized electric car consumes around 20 kilowatt-hours of electricity per 100km.

Production of this power with coal translates into CO2 emissions of 200g/km; with petroleum, 156g/km; and with LNG (liquefied petroleum gas) 100g/km.

When converted to a ‘Well-to-Wheel’ figure, then, the average CO2 emissions of an EV are some 128g/km, depending on the power generation source, while that of a Mazda SKYACTIV-G petrol engine of comparable power is 142g/km.

This means that with as little as a 10 per cent improvement in efficiency, SKYACTIV-G engine emissions will be on a par with those of electric vehicles.

In fact, a SKYACTIV-G engine produces less CO2, ’Well-to-Wheel’, than EVs whose electricity is generated by coal or petroleum.

And while EVs using LNG-produced electricity have 30 per cent lower emissions, Mazda believes it can improve the internal combustion engine sufficiently to match that level.

It is the world’s first commercial petrol engine to use compression ignition, in which the fuel-air mixture ignites spontaneously when compressed by the piston — like a diesel engine.

The company’s proprietary combustion method -Spark Controlled Compression Ignition (SPCCI)- combines the spark ignition of a petrol engine with the compression ignition of a diesel.

Operating with high efficiency across a wide range of rpm and engine loads, the SKYACTIV-X engine allows greater latitude in the selection of gear ratios, providing both superior fuel economy and driving performance.