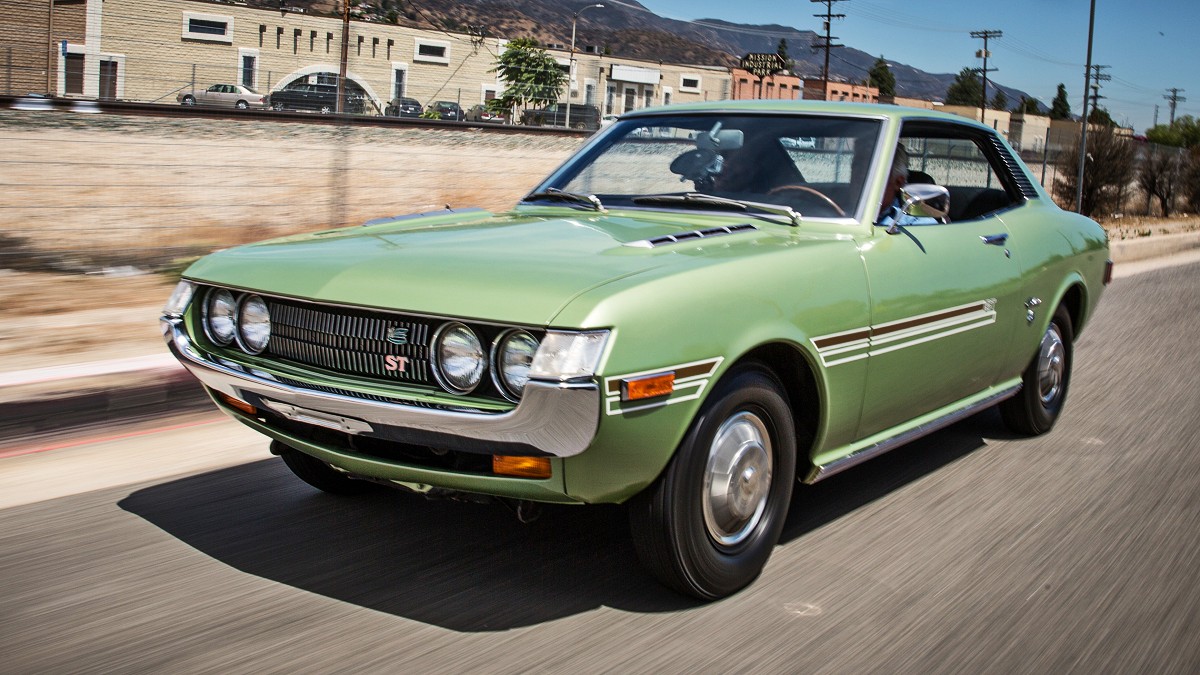 In the late 1960s, Toyota was just starting to really get a toehold in the Australian automotive marketplace.

The Land Cruiser had been imported by Thiess for the Snowy River Hydro project a few years before and Toyota had begun limited local manufacturing with the Tiara.

Then, in 1970, the company released a nameplate that would become part of its lineup for over 35 years.

Derided and appreciated in equal measures, the Celica would remain throughout its life a strictly two-door coupe, with a front engine and rear-wheel drive layout for a reasonable part of its history.

The name was derived from the Latin word coelica meaning heavenly or celestial.

There would be seven generations with body styles that ranged from a sweetly curved coupe or liftback through to a squared, blocky shape.

The final model was angular to the point of being a wedge on wheels.

The car would also be used by the company for its World Rally Championship versions.

Juha Kankunnen from Finland would drive one in the 1985 season, two years after Toyota entered the WRC.

Another notable version was the “Mustang” look model that was launched in 1973.

The rear lights echoed the American coupe and convertible with five vertical strips either side, and even a pair of almost horseshoe-shaped vents behind the driver and passenger doors on the pillar.

Celica would be available until 2006.

For the Australian market the first Supra seen here was actually the second generation of the car.

A more squared off version of the overseas model, this was made from July, 1981 through to December, 1985.

A single cam engine for our market, the 2.8-litre straight six offered just 103kW and 226Nm of torque.

The second one Australia saw wrapped production in 1992 and, depending on market, was powered by either a 2.0-litre or 3.0-litre six.

For Australia it was the straight 3.0-litre and again offered a relatively paltry output, in this case 149kW and 196Nm.

By the fourth generation, it was available only as a ‘grey import’ while the current halo model is heavily based on BMW’s Z4, including the engine.

However, it hasn’t been “all beer and skittles” for the seemingly unstoppable brand. For Australia there have been two noticeable flops.

The MR2, or “Mister Two”, would come and go for the big land down under.

The first model, based on the Celica of the day, was released in mid-1984 in Japan.

A shortened and sharpened, wedge-shaped car, it was notable for being the company’s first mid-engined vehicle.

It morphed into a prettier, rounder body for the second version, before changing back to something in between, with a flat windowline and changing to a convertible roadster body.

It’s fair to say that the MR2 really didn’t set the world alight, and with a semi-manual transmission that was slow to react, the sportiness of the MR2 failed to deliver on the promise.

Paseo, not unlike the first MR2, featured a wedge shape, but was less assertive and less aggressive in styling.

First seen in Australia in 1991, it was viewed as a second choice to Celica, thanks to a weedy 1.5-litre petrol engine with 69kW. Torque? 136Nm.

In 2012, Toyota’s two-door history was rewritten as it roared back into the coupe segment with a joint venture.

Subaru supplied the driveline, including the flat four engine, and has a model known as the BRZ.

Toyota’s contender is the 86, and since its release has shipped over 200,000 units, as well as spawning a one-make race series here in Australia.

A typical coupe in the sense of a long bonnet and short boot, the 86 has a low centre of gravity, endowing the 152kW manual transmission or 147kW auto with great handling, and that on-the-edge feeling of being ready to break away — but never quite letting go.

Second generation 86/BRZ now offers a 2.4-litre engine, with an increased output of 174kW of power and up to 250Nm of torque.