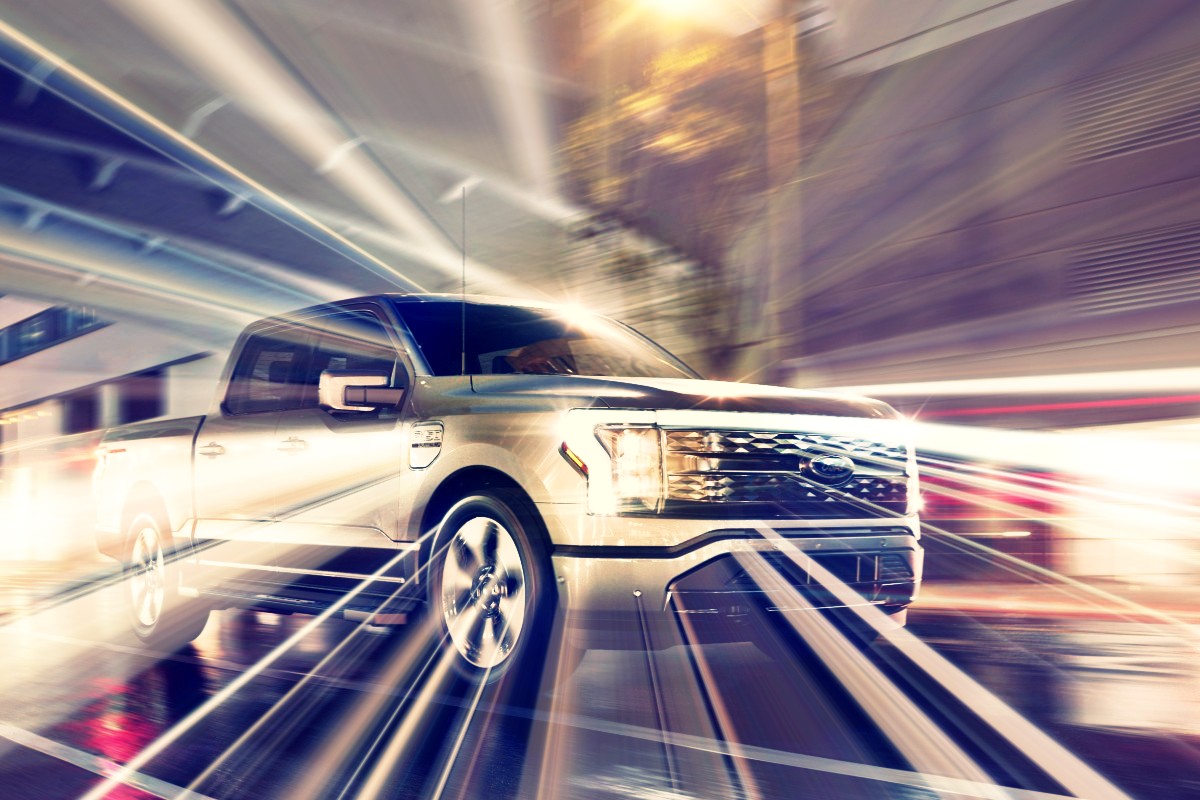 Home
Charging ahead
Lightning strikes for Ford with electric F150

Ford has opened the order books for its F150 Lightning, the first electric version of what is the biggest selling pickup in the United States.

F-150 Lightning is a pillar of the company’s $22 billion global electric roll out that targets areas of strength.

Ford is starting with zero-emissions versions of its most popular and best-loved franchises – Mustang, Transit and F-150 – with much more to come in the years ahead.

“The F-150 Lightning is a massive moment for our Ford team,” Ford President and CEO Jim Farley said.

“It’s quicker than a Raptor, with standard 4×4 and independent rear suspension; a power frunk, enough juice to run your house for three days or power an awesome tailgate; and it will forever improve with over-the-air updates.”

F-150 Lightning will roll off the production line next year at a new hi-tech factory that uses sustainable manufacturing practices at Ford’s storied Rouge complex in Dearborn — just outside Detroit.

That’s more torque than any F-150 ever – with an exhilarating drive, hi-tech frunk, and the ability to power your home if needed.

Along with a high-strength, military-grade aluminium alloy body, a new independent rear suspension delivers improved ride comfort, while an all-new frame uses the strongest steel ever put in an F-150 frame.

It supports a maximum 907kg payload and up to 4.5 tonne tow capacity.

On the road, customers have seamless access to North America’s largest public charging network through FordPass, with more than 63,000 charging plugs and growing across the US.

On a 150kW DC fast charger, F-150 Lightning with the larger extended range battery targeted to get up to 87km of range in 10 minutes and charge from 15 to 80 per cent in about 41 minutes.

Cloud-connected navigation on SYNC 4 also identifies public charging locations and prompts owners to charge at convenient points on each drive.

Ford is the only automaker to offer an 80-amp charge station as standard equipment, helping customers easily charge an extended-range truck at home.

This system takes advantage of the only dual onboard charging system on an electric truck in the industry for even faster home charging.

With this, F-150 Lightning adds an average range of 50km per charging hour, fully charging an extended-range truck from 15 to 100 percent in about eight hours.

During a blackout, Ford Intelligent Backup Power can turning the pickup into the ultimate power source for your home.

With the ability to offload 9.6 kW of power, it will keep the lights on during an outage while providing security by powering home appliances, security systems and more.

Based on an average 30kWh of use per day, with the extended-range battery it can provide full-home power for up to three days, or as long as 10 days if power is rationed, with results varying based on energy usage.

Power capability is not limited to the home, either.

With enhanced Pro Power Onboard, customers can take advantage of built-in electrical outlets to directly power a variety of tools, electronics and appliances away from home.

Standard on base trims is 2.4kW of power with the option for more, while Lariat and Platinum series come standard with 9.6kW – a combination of up to 2.4kW available through the frunk and up to 7.2kW through outlets in the cab and bed.

The frunk? Oh, yes, like a Tesla it has a front trunk or “frunk” as it has come to be known, just like the old VW Beetle.

This spacious area targets 400 litres of volume and 180kg of payload – enough to stow two carry-on bags and one checked bag, or two sets of golf clubs.

Cleverly designed with bumper-height clearance, this water-resistant space comes equipped with four electrical outlets, two USB chargers and a drainable floor that can double as a food and beverage container.

It can easily power a mobile work site or an epic tailgate.

Last but not least, off-road performance has not been sacrificed, with a 4×4 system that features four selectable drive modes: Normal, Sport, Off Road and Tow/Haul.

The battery itself is secured inside waterproof casing surrounded by crash-absorption protection and has been tested at temperatures as extreme as minus 40 degrees to ensure Lightning can perform when needed most.

Customers are encouraged to reserve their Ford F150 Lightning with a $100 deposit.