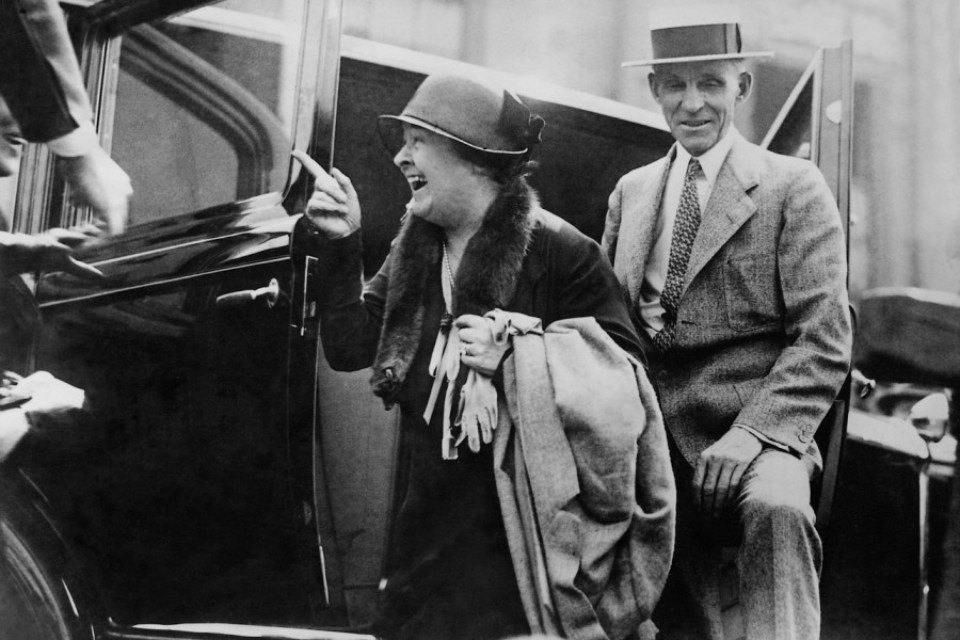 Mrs Ford drove EV (but it wasn’t his)

Way back in 1914 the great man himself Henry Ford was rumoured to be working on an electric vehicle.

But, contrary to popular belief, Ford never produced an electric version of his famous Model T.

Electric cars were in fact extremely popular at the time and Ford’s wife Clara drove one for many years.

Produced by the Anderson Carriage Company (later Detroit Electric), Clara drove a series of electric cars from 1908 when Henry bought her a model C coupe with a special child seat.

Then, like now, people were drawn to electric cars for many of the same reasons as they are today.

The Detroit Electric was bought mainly by women and doctors who wanted a dependable and immediate start, without the physically demanding hand cranking that was required with early internal combustion engines.

Production of the car was at its peak in the 1910s when it sold around 1000 to 2000 cars a year, helped by the high price of gasoline during World War I.

By early 1914, word spread that Ford himself was working on a low-priced electric car.

Reports appeared in the Wall Street Journal, in trade magazines and in newspapers as far away as New Zealand.

Ford confirmed the rumours in The New York Times on January 11, 1914.

“Within a year, I hope, we shall begin the manufacture of an electric automobile. I don’t like to talk about things which are a year ahead, but I am willing to tell you something of my plans,” he said.

“The fact is that Mr Edison and I have been working for some years on an electric automobile which would be cheap and practicable. Cars have been built for experimental purposes, and we are satisfied now that the way is clear to success.

“The problem so far has been to build a storage battery of light weight which would operate for long distances without recharging. Mr Edison has been experimenting with such a battery for some time.”

Ford is said to have invested $1.5 million (about $30 million in today’s money) in the electric-car project and was close to buying 100,000 batteries from Edison before the project folded.

A couple of prototypes were produced but the crux of the problem remained that Ford refused to use any batteries other than Edison’s nickel-iron batteries.

Edison’s batteries, however, were found to have very high internal resistance and as a such were unsuitable for powering an electric car.

A spectacular fire at Edison’s New Jersey battery factory in December, 1914 was the death of the project.

The Ford Motor Company didn’t dabble in electric cars again until the 60s when it produced the ‘Comuta’ experimental prototype.

The Comuta was equipped with four lead-acid batteries connected in series to give 48 volts and had a top speed of 25 mph and a maximum range of 65km on a full charge.

Research has continued over the years, with the construction of further prototypes and pilot programs.

But it has only been in recent years that Ford has begun getting serious about alternative powertrains again, with a fully electric version of the Focus and several hybrids now part of its lineup.

Detroit Electric was revived in 2008 by Albert Lam, former Group CEO of the Lotus Engineering Group and Executive Director of Lotus Cars of England.

His vision: to produce an electric vehicle that seamlessly integrates refined aesthetics, innovative technology and superior handling and performance.

The company at outlined its plans at Cenex’s Low Carbon Vehicles (LCV) 2017 event in September at Millbrook in the UK, but is yet to produce a car.