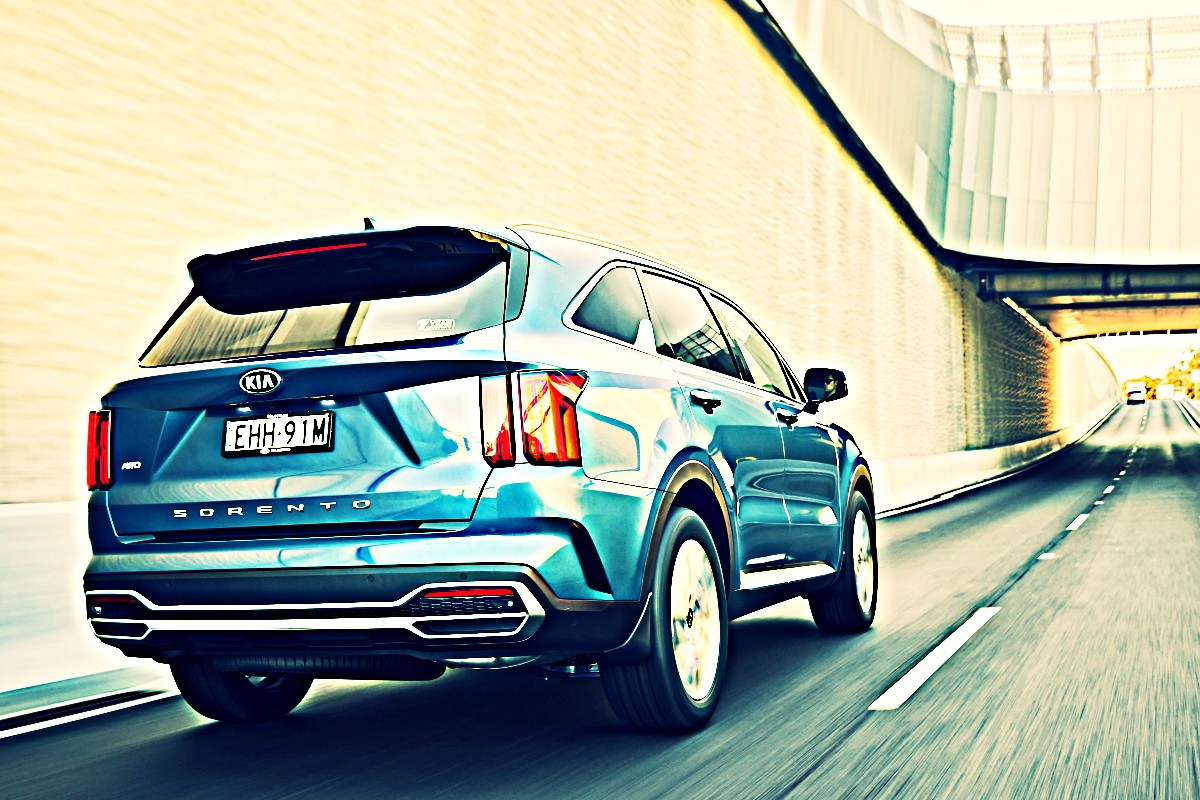 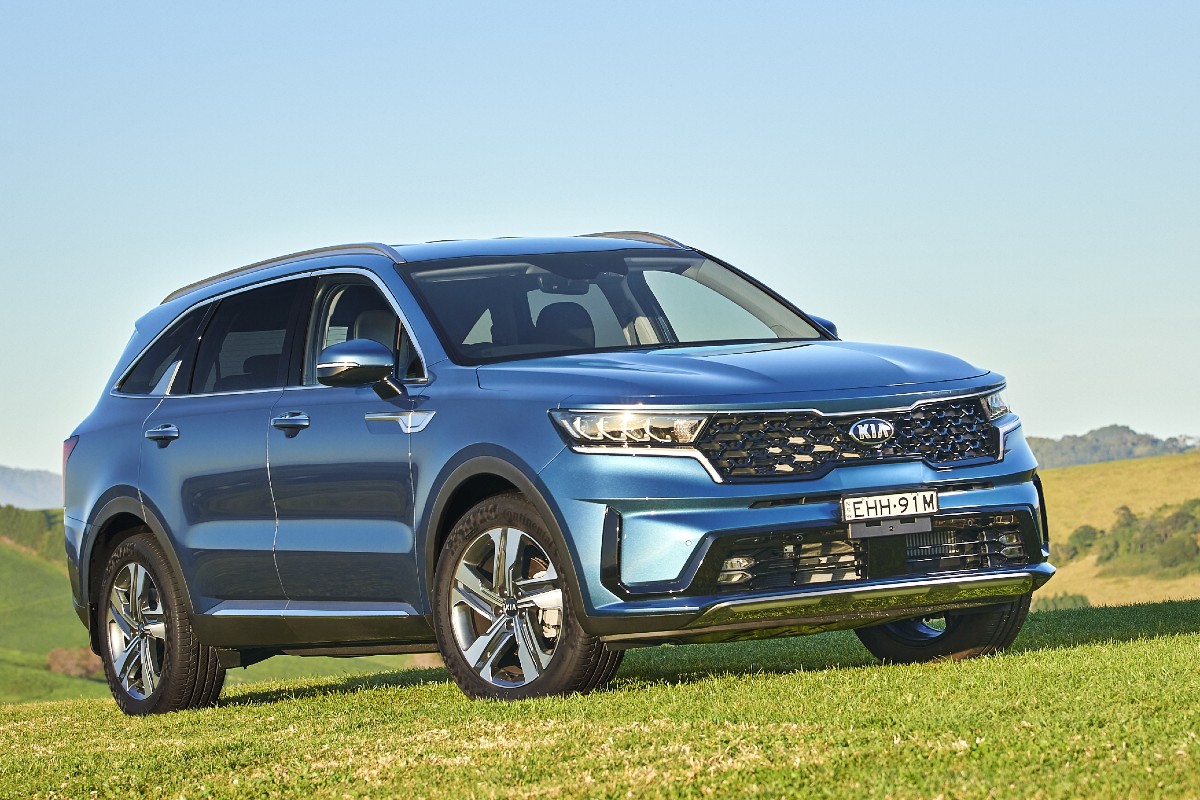 Alongside its very different Stinger sports sedan sibling, Sorento champions the company’s growing global reputation as a designer and builder of high-quality vehicles that owners are proud to have in their garages.

The previous-generation Sorento arrived in Australian dealer showrooms back in 2015 and since then its sales and reputation have grown significantly.

Sorento, the Stinger and other models in the family — including the Picanto, the Cerato and the Seltos — have combined to propel Kia into the top five brands in the Australian market – putting it ahead of the likes of Ford, Nissan, Subaru and VW.

On release, Sorento was widely acclaimed as a comfortable, practical and safe family chariot.

Because of this and after driving it at the Australian media launch, I put our youngest daughter and family into the top-spec Platinum diesel that she still drives – and loves — today. 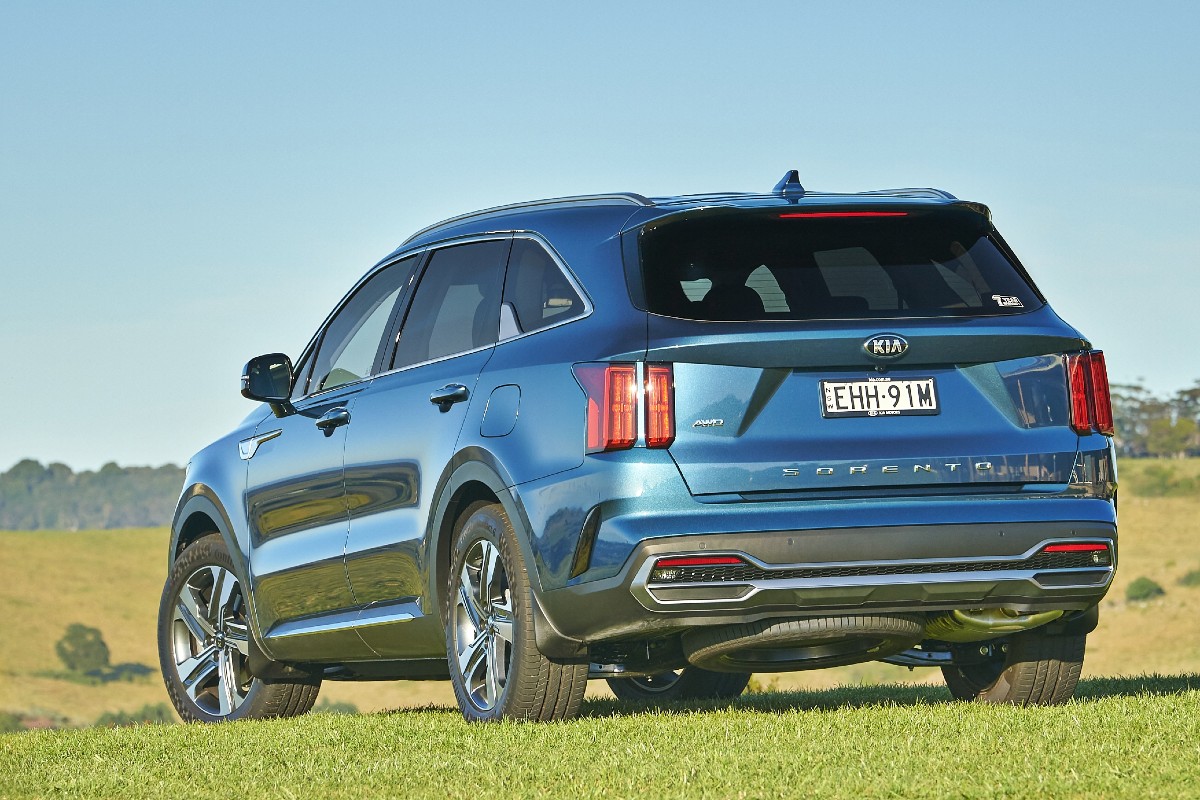 For this test, the version of choice was the Sport + AWD diesel that sits second from top in the model’s pecking order, just below the range-topping GT-Line.

We reckon it’s the pick of the range and the one for which we’d plonk down our hard-earned — and, what a quantum leap it is from our daughter’s.

Styling both inside and out is extremely chic, it comes with the latest safety technology and the fit and finish is right up there with anything from Europe.

Sport+ comes in at $58,690 driveaway and goes up against the likes of  Mazda’s CX-8 and CX-9, the Toyota Kluger and its Korean cousin — the Hyundai Santa Fe.

Our test vehicle also came in handsome Gravity Blue metallic paint that adds another $695 to the price. 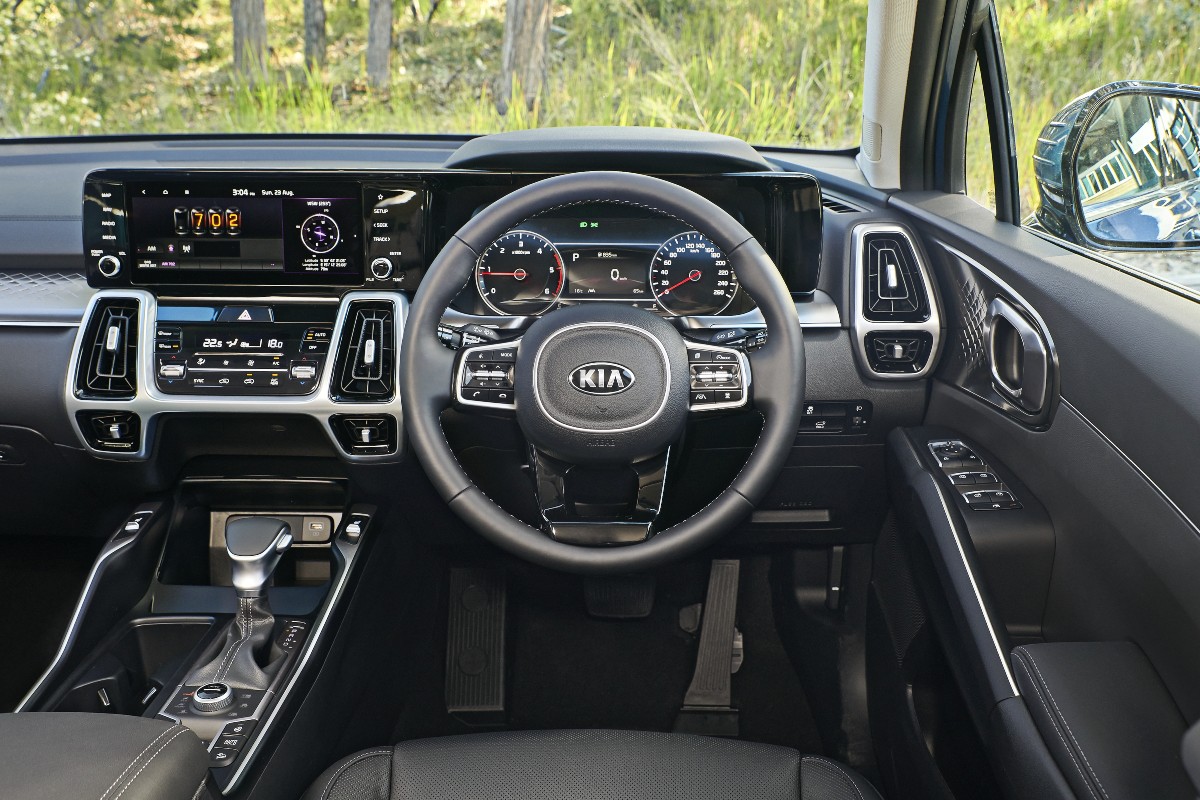 Tromp the accelerator and the big Kia can make it to 100km/h in about 8.5 seconds. Not bad for a seven-seat SUV.

It rides on a McPherson-strut front-suspension with a multi-link arrangement at the rear.

The car’s excellent stopping power is delivered by 325mm ventilated discs all round.

It’s interesting to note that by dropping steel construction in favour of aluminium for the engine block, Kia engineers have saved 19.5kg of dead weight. Every little bit helps.

We saw 6.9 during our week of testing on a combination of city and suburban streets, freeways and country roads, of both the neglected bitumen and gravel persuasions.

Power is transferred to the wheels via an 8-speed dual-clutch automatic that I found enjoyable to use.

Importantly, there is virtually no turbo lag at take-off.

Out on the freeway the Sport+ is a cruising delight.

It loafs along at around 1600 rpm with virtually no diesel operating noise seeping into the cabin.

Climb behind the wheel of the big Kia and the instant impression is of a seriously handsome cabin, with a dash dominated buy the 10.25-inch infotainment touch screen complete with Apple CarPlay, Android Auto and factory satellite navigation.

Ergonomics are terrific with everything falling easily to hand.

The leather-appointed front seats are well shaped and bolstered and they rate highly in the comfort stakes.

The driver’s pew has 10-way power adjustment as well as electric lumbar support.

All of that, combined with height and reach adjustment for the multi-function, leather-wrapped, heated steering wheel means it’s a cinch to dial in the perfect driving position.

Other standard goodies include dual-zone climate control, keyless entry and start, a powered tailgate, and plenty of USB ports for all passengers. In fact, there are nine of them.

Sport + rides on handsome 19-inch alloys and sensibly, for Australia, Kia has endowed the car with a full-sized alloy spare – the same 235/55 R19 Continental boots with which the other four are shod.

There is also lane-keeping assist with lane-change assist, an automatic high-beam system and driver-attention monitoring.

To deliver a measure of semi-autonomous highway driving, the Sport+ comes with clever adaptive cruise control with lane-follow assist.

While there are airbags aplenty, there should be one more – a curtain bag for the third row of seats.

Mazda’s CX-9 and the Toyota Kluger both have them so take note, Mr Kia.

That said, there are dual front, front-side and side-curtain bags for the first two rows and a first-in-class front-centre inflator and impact-sensing automatic door locking.

Topping off the Sorento’s safety credentials is a five-star ANCAP rating.

One of the main reasons so many Australians have caught the SUV bug is their practical spaciousness.

In the case of the Sorento, fold the second- and third-row seats away and you open up a cavernous 2011 litres of luggage space.

Use the second-row seats and this drops to a still-handy 616 litres.

Put the smallest two children in the third-row seats and this drops back to just 187 litres — but that’s what happens with all seven-seaters.

Speaking of storage, there’s plenty of room for phones and wallets etc below the dash, big door pockets, two transmission-tunnel-mounted cup holders and a nice deep bin under the centre armrest.

Second-row punters are not forgotten either.

There are in-door cup holders and two more in the fold-down centre armrest.

Even the third-row passengers have a bit of storage space that could house a small bottle or a phone, and they even enjoy their own fan controls. A real bonus. 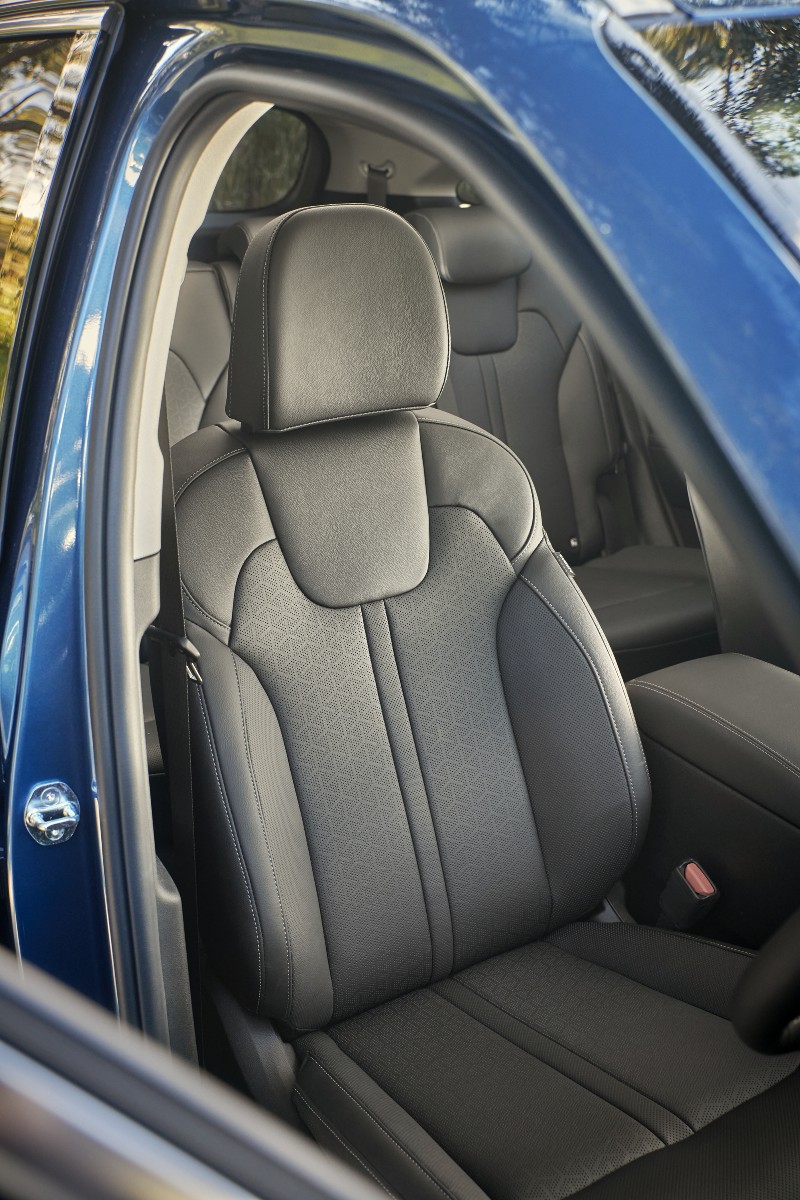 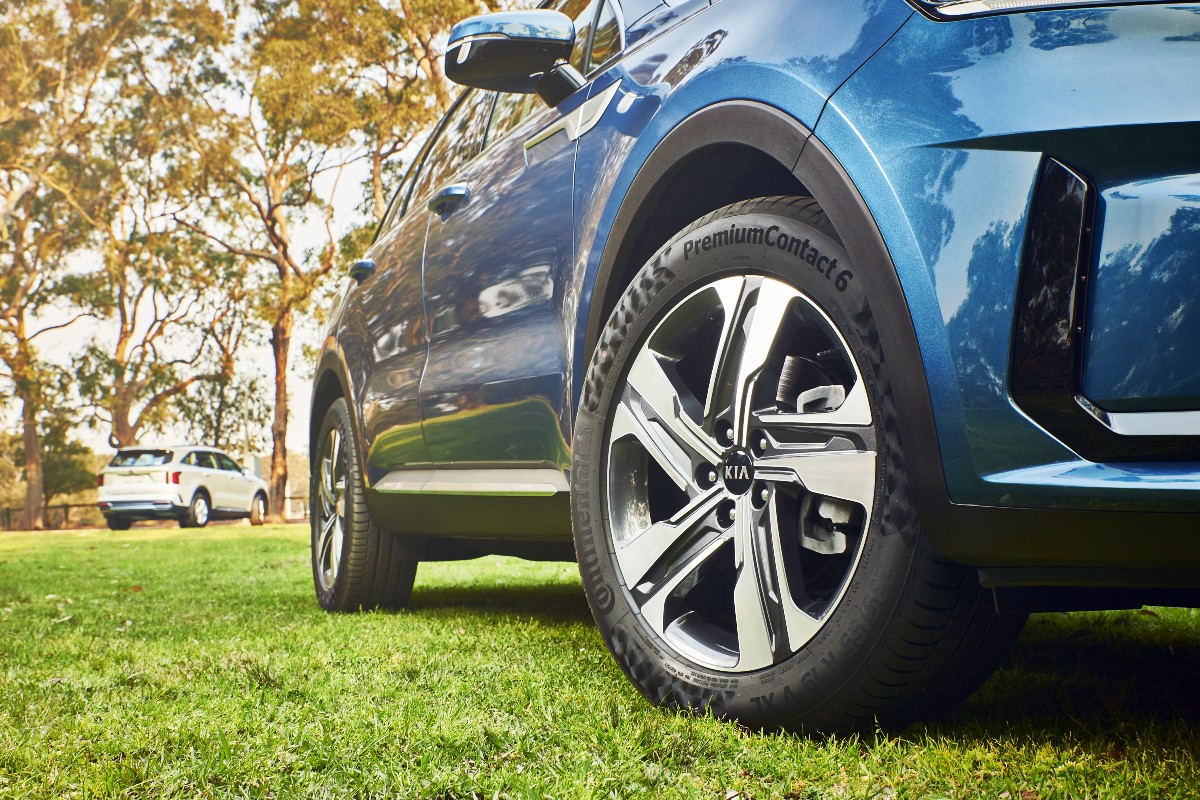 Complementing the Kia’s seven-year unlimited warranty, roadside assistance is available for the first 12 months and the car’s service intervals are 12 months or 15,000km, whichever arrives first.

A pre-purchase, capped-price service program is also available. The cheapest service is the first one at $335 and the four-year/60,000km service is the dearest at $729.

Kia Australia was a pioneer among foreign brands in conducting extensive suspension and handling testing in Australia – something for which the company should be – and is – commended.

With the new Sorento, this has paid off noticeably. The big car sits remarkably flat and composed, even during enthusiastic cornering and the steering is nicely weighted and precise.

I’ve always been a fan of Mazda’s SUV interior styling, but there is no doubt that with the Sorento, Kia has matched it — in fact it is not unreasonable to compare it to fancy and more expensive German brands.

As Kia sales go from strength to strength here and around the world, there is no doubt new Sorento will continue to hold the flag high, as confirmed by car-of-the-year awards that it has already won here and overseas.

Now I know why. 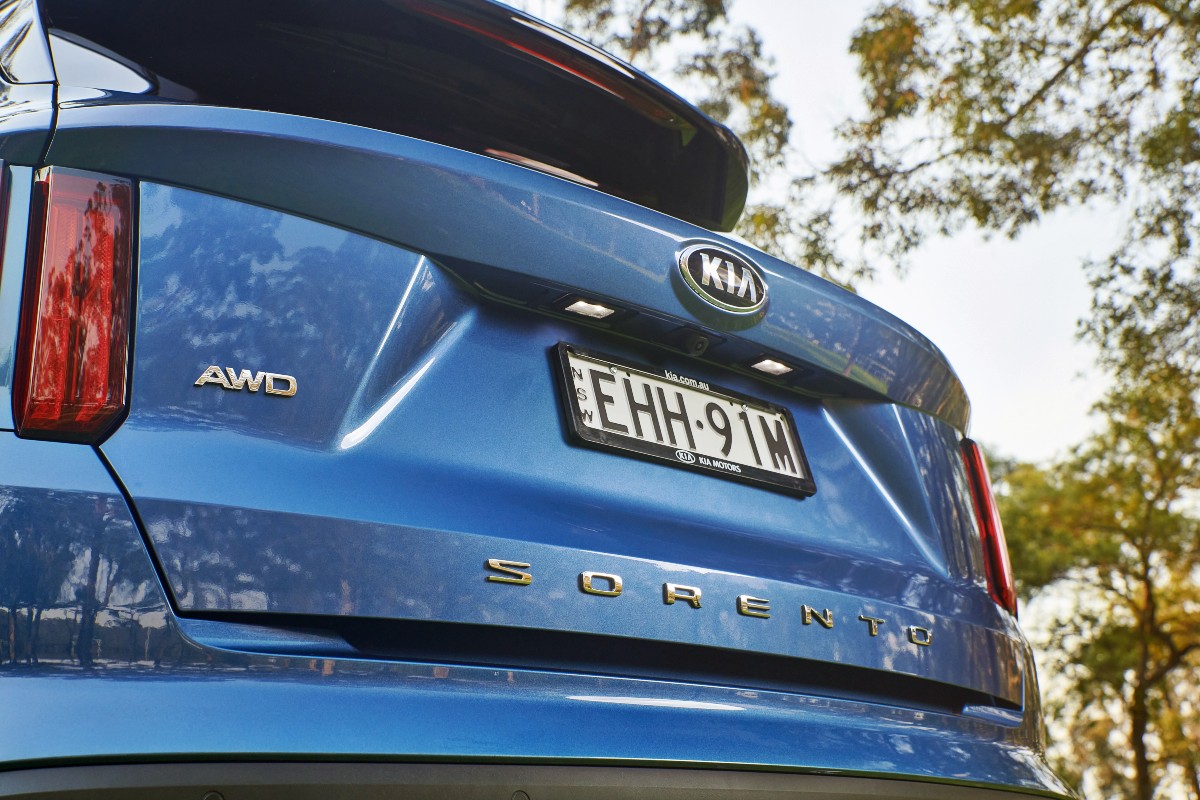 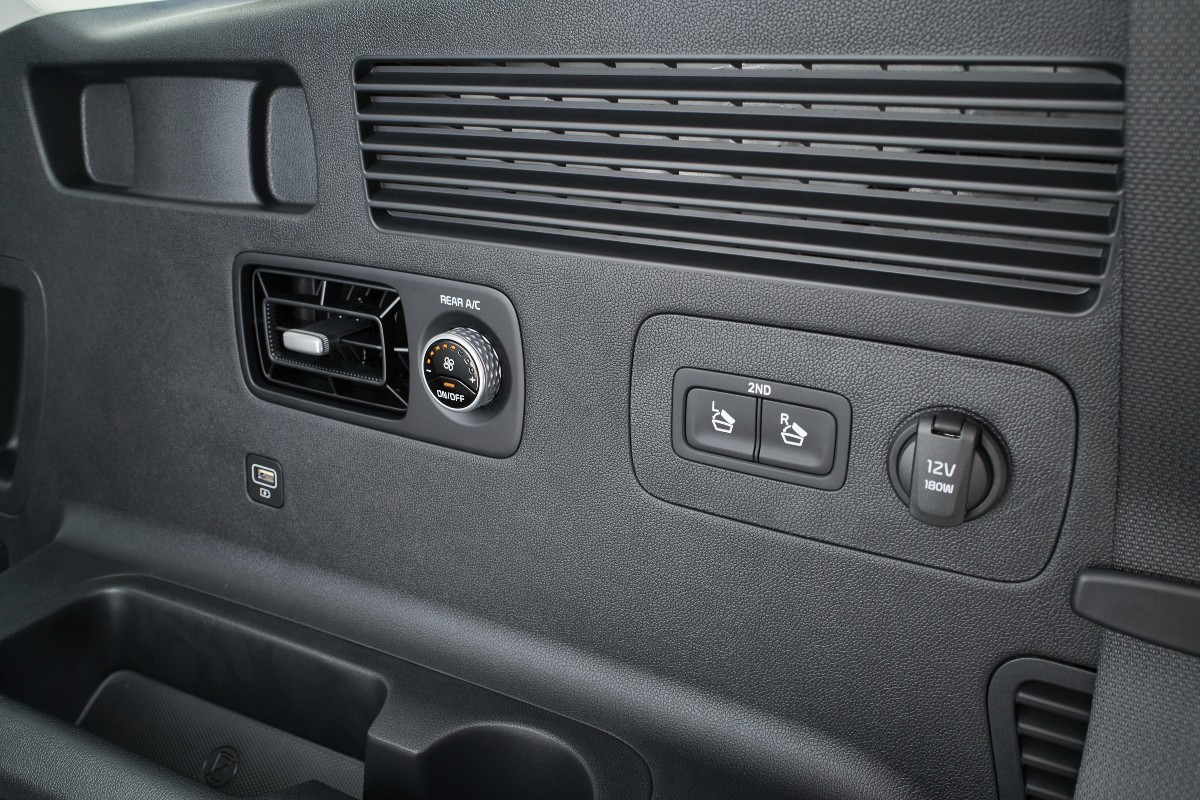