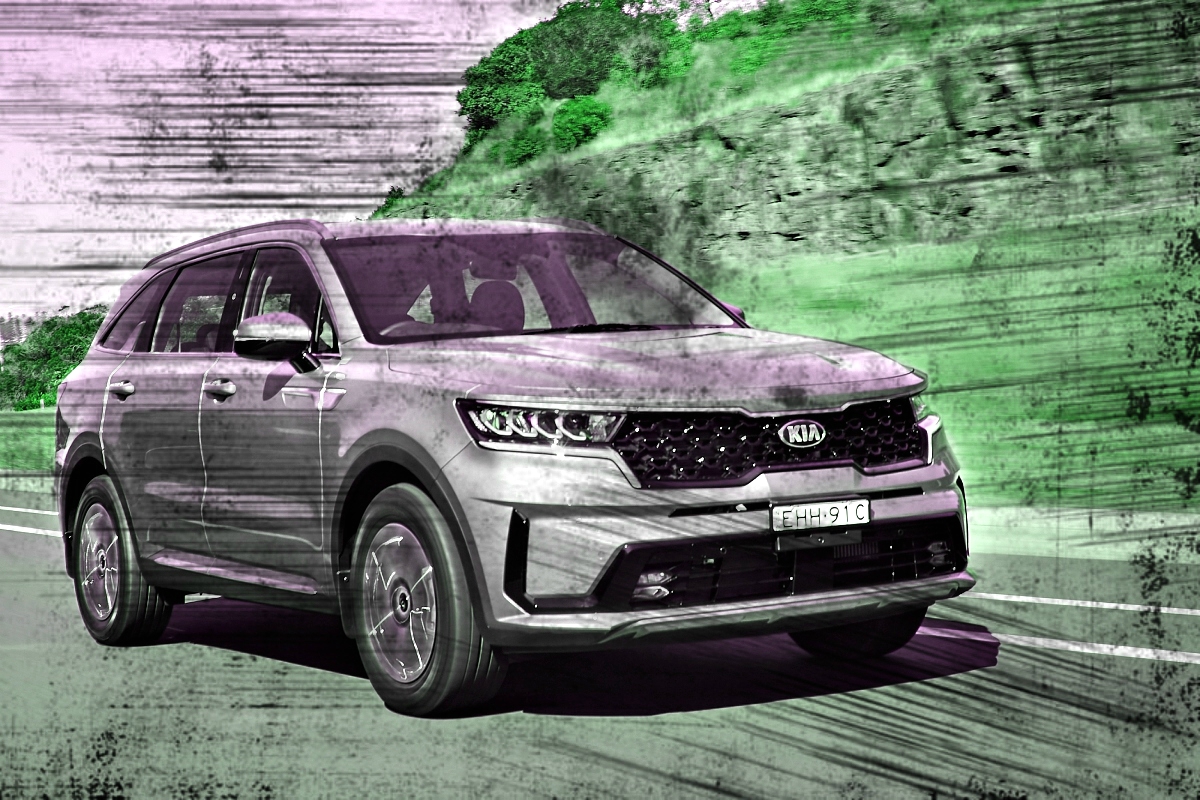 Kia Sorento: To tow or not to tow?

Home
Test drive
Kia Sorento: To tow or not to tow? 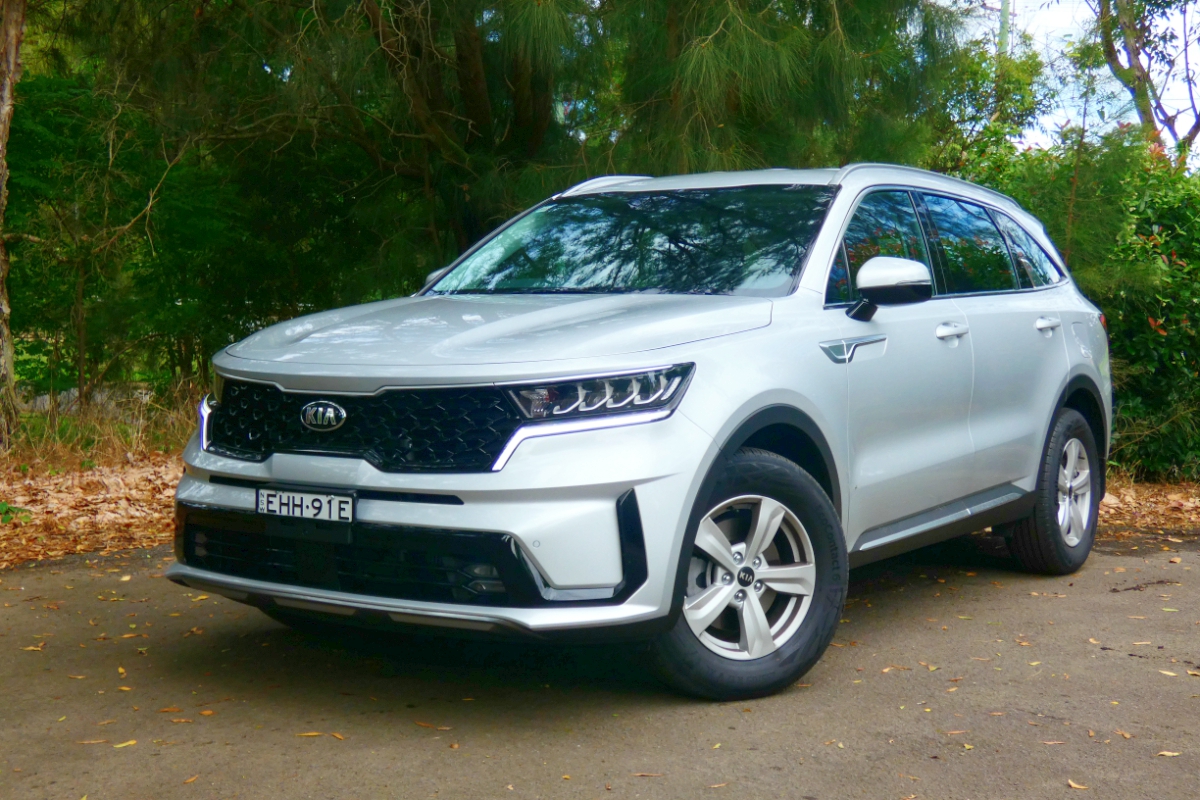 The fourth generation Kia Sorento is bigger, bolder and more angular than its predecessor.

With seven seats across the range, it is available with a petrol or diesel engine, and with either two-wheel or all-wheel drive.

Although the latter is determined by your choice of engine — only the diesel is available with all-wheel drive.

Kia says the the design of the 7-seat SUV draws inspiration from the larger Telluride which is sold in the United States, but unlikely to come here with the imminent launch of the Hyundai equivalent — Palisade.

But for most people Sorento will be more than enough, or will it? 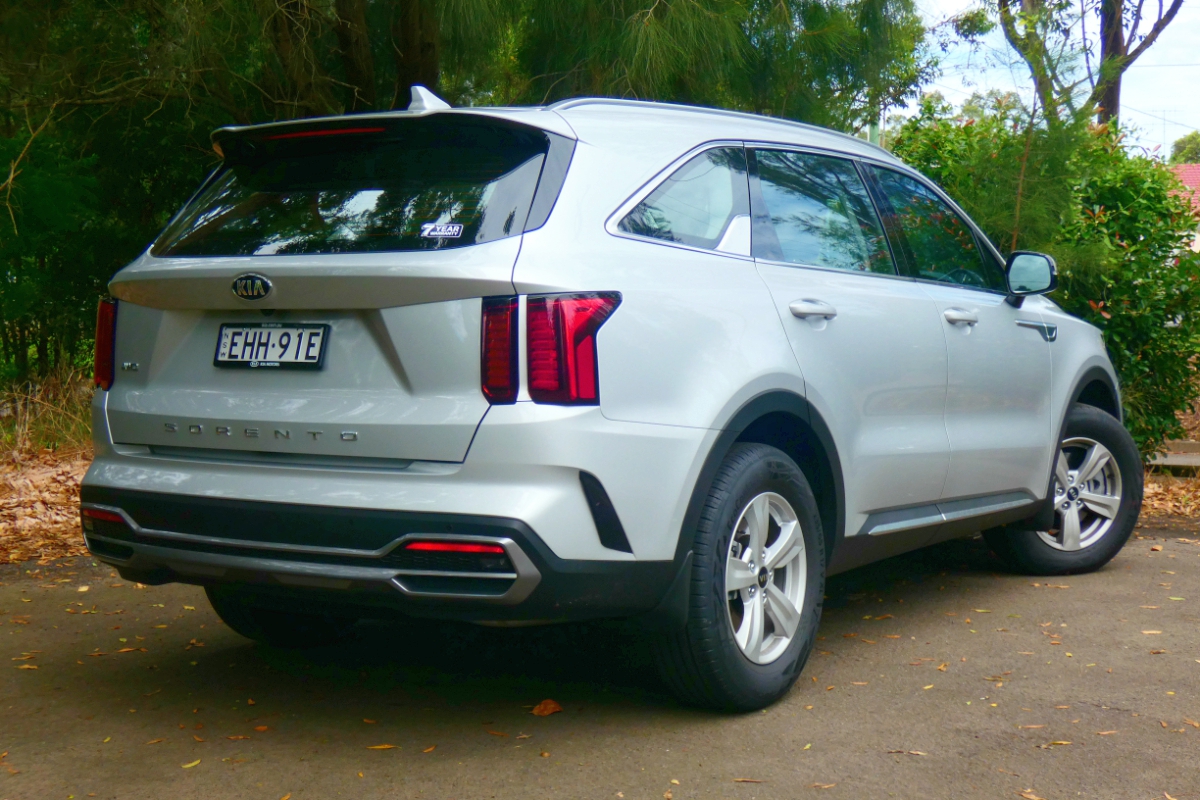 The system also detects oncoming traffic when making a turn at a junction.

Lane Following Assist operates between 0 and 180km/h, employing camera and radar sensors to maintain a safe distance from the car in front, while monitoring road markings to keep the vehicle in the centre of its lane.

Like many manufacturers Kia has pulled back on a promise to keep satnav standard and the Sorento is no exception.

Yes, you can connect your phone and use Apple CarPlay or Android Auto to provide a map and directions, but in our experience its fiddly and apt to play up. 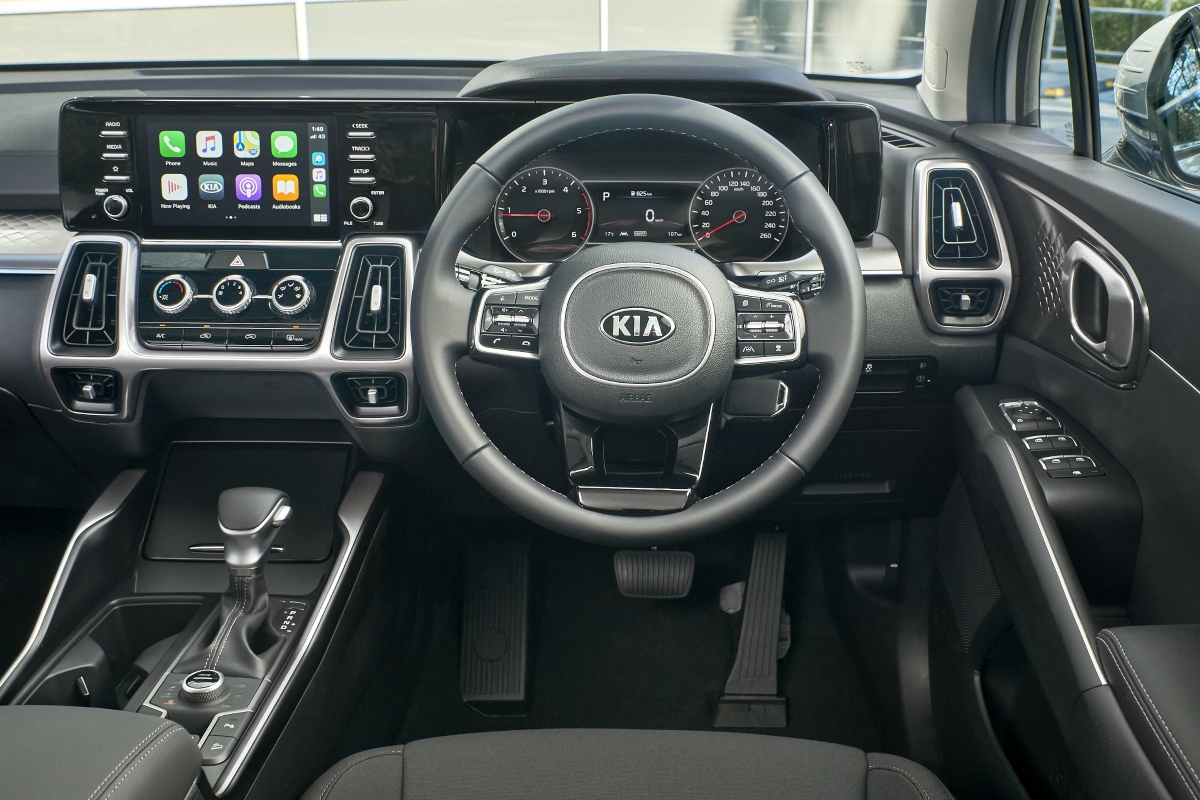 At 4.81 metres in length, the new model is 10mm wider and longer than its predecessor, and sits 10mm higher, with a 35mm longer wheelbase (distance between the axles).

A new platform sees a significant amount of extra legroom for first- and second-row occupants, as well as more headroom for third-row passengers.

Second-row seats now slide up to 45mm further, creating a wider point of entry to the third row with more space for feet and legs.

With all seven seats in use, boot space behind the third row is up by 32 percent to 187 litres — although it’s not exactly what you’d call family-sized.

Starting the car requires the insertion of the key in the ignition like the old days, with no keyless start in this model.

It has an aluminium block instead of the old cast iron one, making it 19.5 kg lighter — and that means better performance pound for pound (or should that be kilo for kilo).

The diesel is paired with a new 8-speed ‘twin clutch’ style auto, designed to deliver smoother shifts than a conventional auto, but is up to 15 per cent more efficient.

The 3.5 litre petrol V6, meanwhile, has been further refined and delivers 200kW and 332Nm and is teamed with Kia’s proven 8-speed conventional auto.

The all-wheel drive system in the diesel remains front-wheel drive most of the time to save fuel, but the rear wheels kick in automatically when required.

This time around too, it has a variety of on- and off-road drive modes from which to select with a console-mounted rotary knob.

But with no low range gearing and only 176mm of ground clearance, it’s not up for the rough stuff.

As always the 2.2-litre diesel is the consummate performer and, with a 67-litre tank, returns a claimed 6.1L/100km in combined driving.

So far so good, but we were disappointed to find it’s still rated to tow only 2000kg, which could rule it out if you’re planning to pull a large van.

On a more positive note, the Sorento S certainly doesn’t present as an entry level vehicle.

The styling is angular and more aggressive, and gives it a more assertive presence on the road, with some cool, cross-hatch patterned cabin trim (as pictured).

Rectangular design tail lights chart new territory and while we’re not ready to render a verdict on them, they do help the new Sorento to stand out, as does the broad, horizontal front grille.

Fit and finish are excellent, while the redesign of the dash is impressive to say the least, with instruments and touchscreen both housed within a single broad piano glossy black panel, with physical buttons for such items as volume control.

Even at this level you get to pick from one of three themes.

We were surprised Kia had opted for a twin clutch tranny.

We’re not big fans because they tend to be jerky, but I have to admit I didn’t pick this one out of the gates.

But with lots of torque on tap, it doesn’t need to change gears frequently, which perhaps helps to iron out the wrinkles.

The ride is very comfortable, even in sport mode, and the cabin is generally very quiet, although some tyre noise from the expensive Continentals intrudes when it encounters coarse bitumen.

For a car this size, that’s impressive. 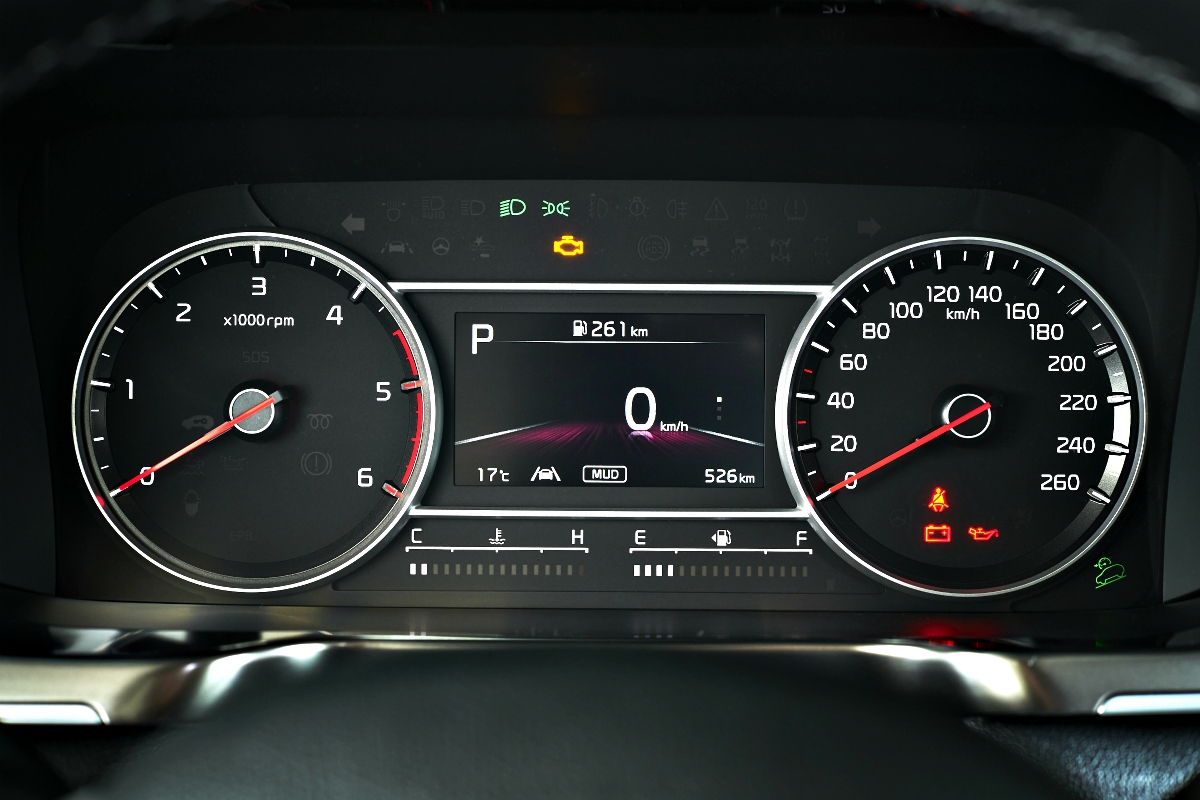 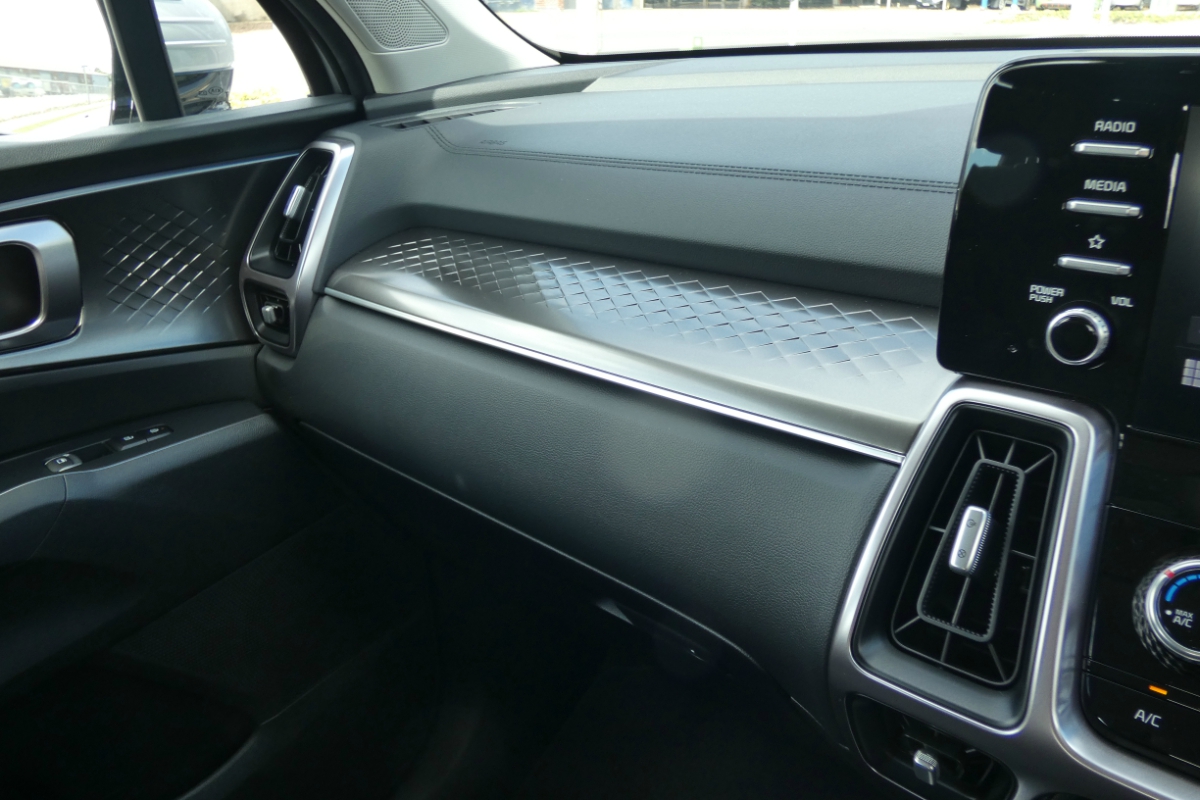 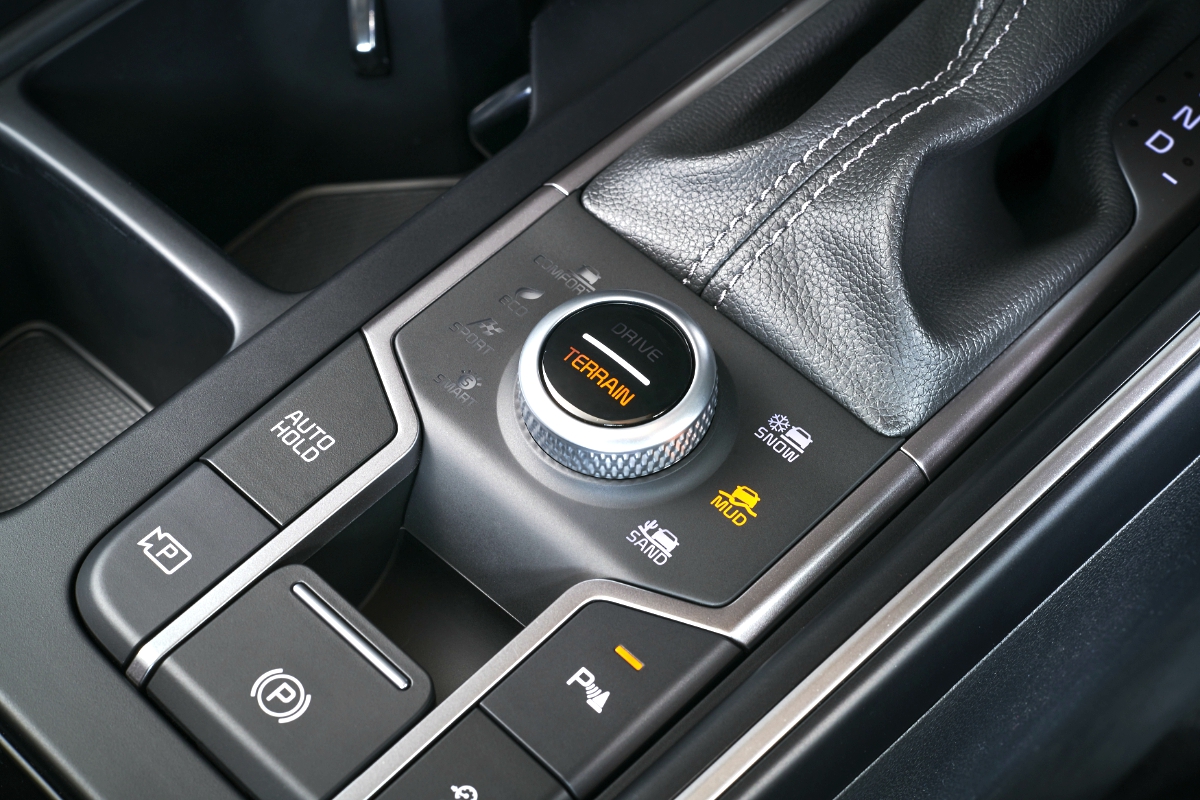 You get a lot of car for your money, but at $50K driveaway the price is getting up there for an entry level model — and for many customers it’s sometimes all about the price.

It would be handy if it could tow a larger van too.

CHECKOUT: Kia Rio GT-Line: Time to turn up the heat?