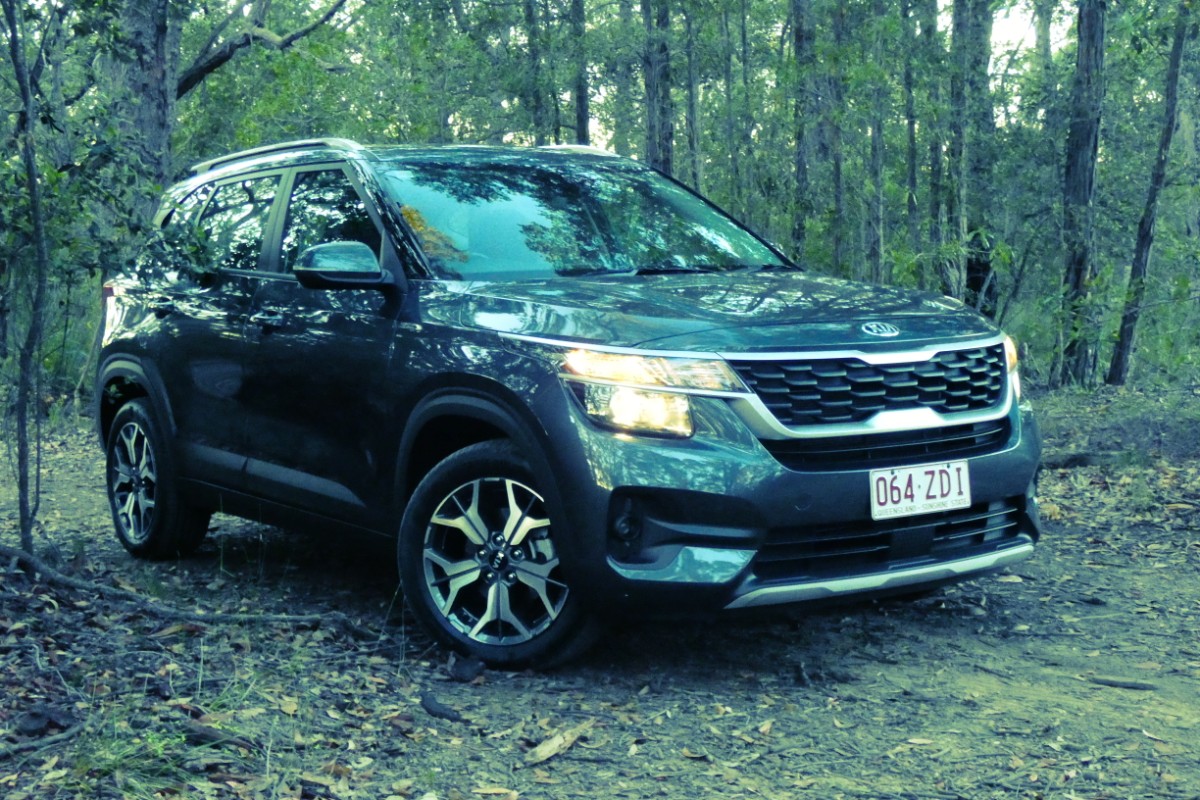 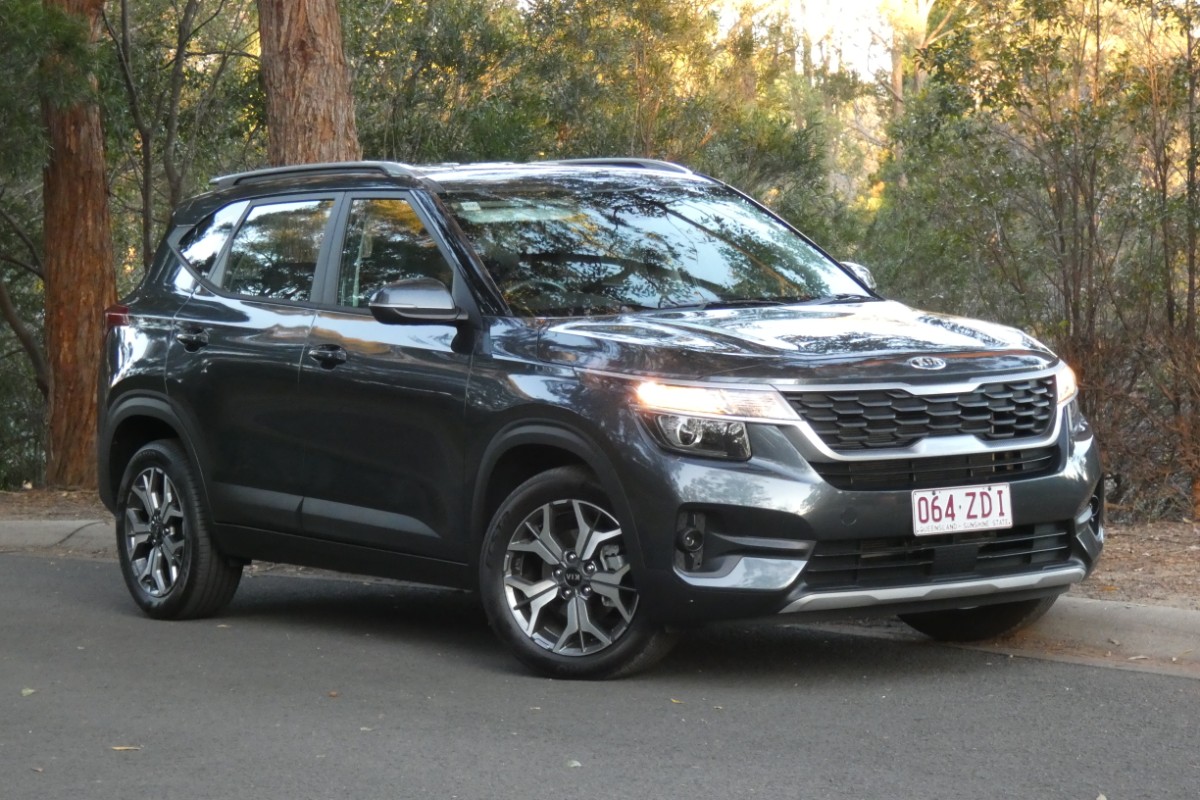 Seltos is Kia’s answer to the Hyundai Kona, but it’s bigger — significantly bigger.

The story goes that car is named after Celtos, the son of mythological strong man Hercules.

Kia decided to replace the ‘C’ with an “S” because it sounds sportier and because its SUVs all start with the letter S . . . Sportage . . . Sorento . . . Telluride.

Hang on a minute, that’s a ‘T’. Yes, but we don’t get that model here so it doesn’t count — at least that’s how the logic goes.

Based on the same underpinnings as the Hyundai Kona, it slots into the Kia lineup beneath the Sportage in terms of size — but we wouldn’t describe Seltos as compact. 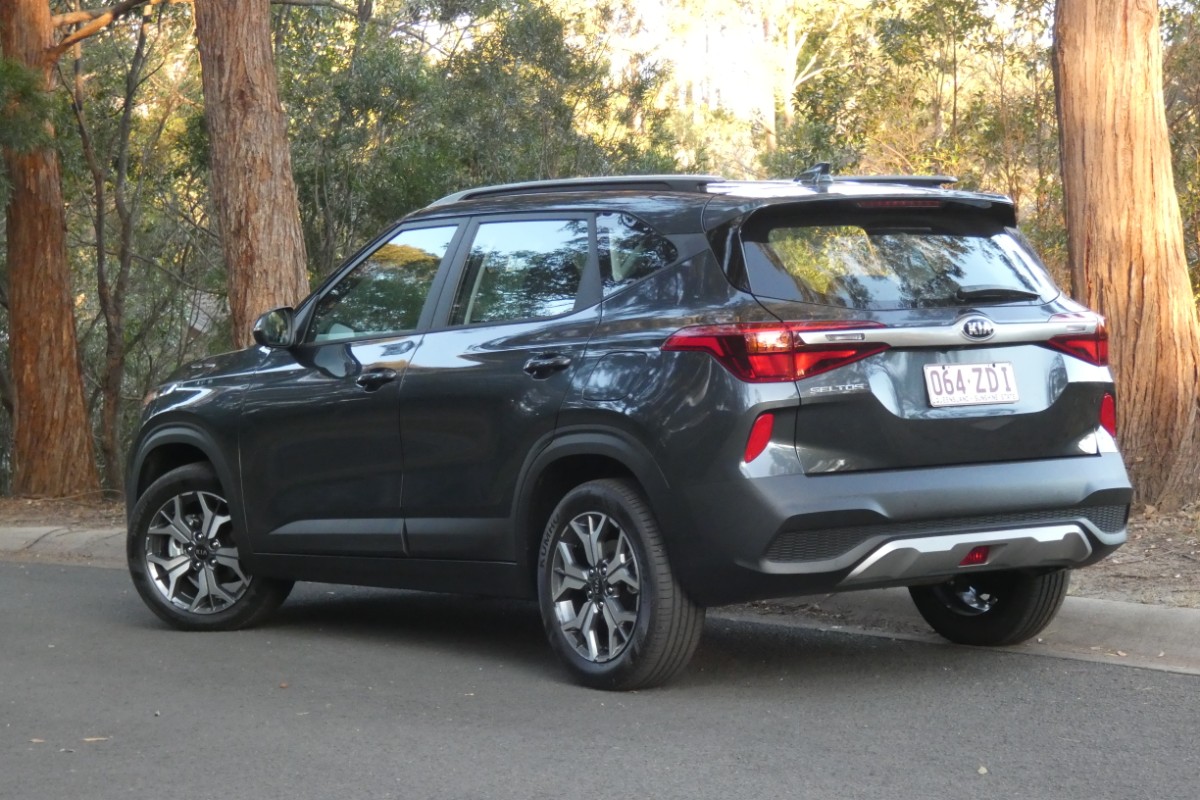 All-wheel drive Sport + and GT Line get a 1.6-litre turbo.

There’s also a $1000 safety pack available for S and Sport that adds some of the safety features of more expensive models — not that they’re not well equipped to start with.

Our test vehicle was the 2.0-litre, front-wheel drive Sport with safety pack added at $30,490 driveaway.

It is in a word impressive value for the money.

Not sure why it misses out on blind spot alert? 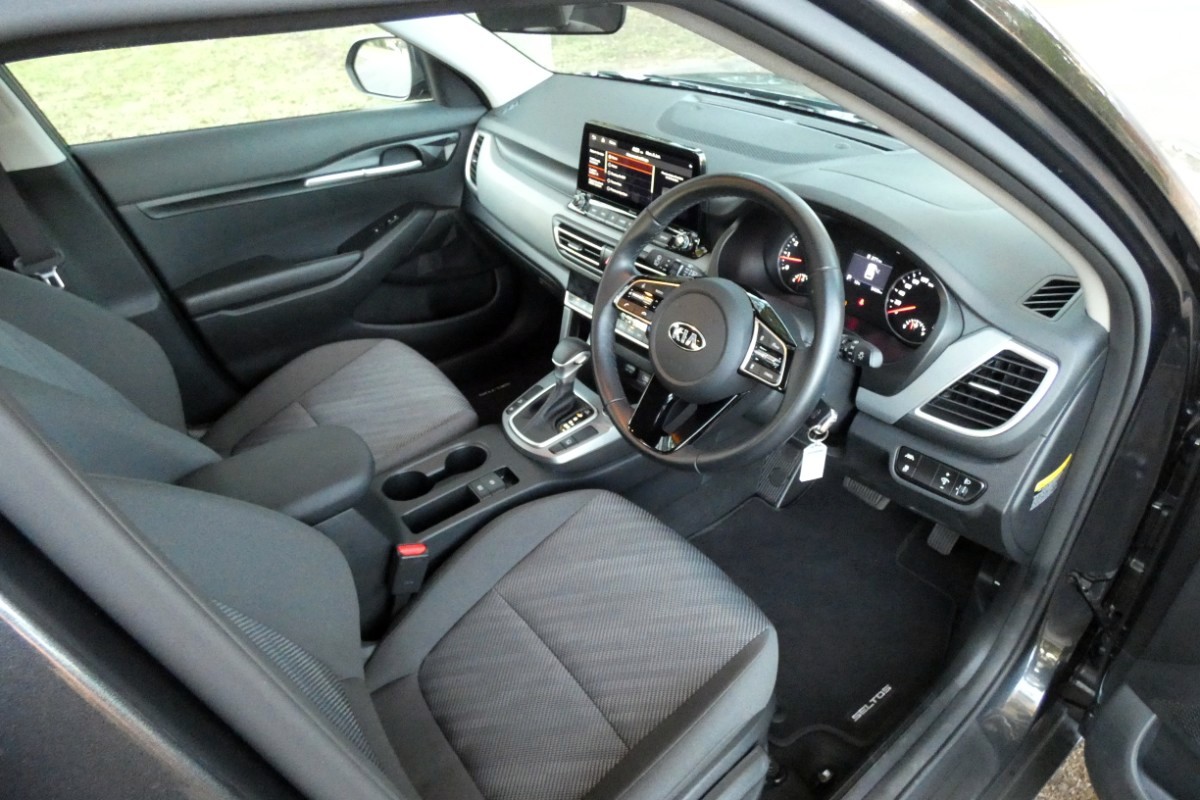 Better than expected, much better in fact.

The 2.0-litre Atkinson cycle engine is actually quite towy, uses less fuel than the turbo and doesn’t require servicing as often — with 15,000km intervals instead of 10K for the turbo.

It’s a good looking bus, a veritable movie star compared to Hyundai’s visually-challenged Venue, and arguably more attractive than Kona (bigger than both too).

Seltos shares a platform with Kona, but at 4370mm long and with a wheelbase of 2630mm, it’s 205mm longer than Kona with a 30mm longer wheelbase, which translates to more room in the back and a bigger boot.

In fact, there’s an extra 95mm rear legroom compared to Kona and — get this — it’s only 105mm shorter than the Sportage.

And, in case you’re wondering, it’s 330mm longer than the Accent-based Venue.

Seltos also shares a platform with Cerato and the Hyundai i30.

Entry level models ride on 16 inch steel wheels with wheel covers. (We used to call then hubcaps back in the day, because they only covered the wheel hub).

Our Sport rides on 17 inch alloys with 215/55 series Kumho rubber. The GT Line gets larger 18s and lower profile tyres — but they’re likely to generate more tyre noise and a harsher ride.

On the downside, turbo models get a more sophisticated multi-link rear suspension, that promises a better ride — while 2.0-litre models make do with a simpler torsion beam setup.

Not a deal breaker, but worth noting.

Its hooked up to a CVT style auto that actually does a pretty good job of harnessing the engine’s limited torque and managed not to offend us for the duration of our drive.

It offers Sport and Economy modes, but alas no gear change paddles.

You can however change manually with the transmission lever, and in this mode offers eight steps or simulated gears.

While Sport mode is more responsive, it generates some surge and backlash at times which can be annoying.

Like all Kia models, it benefits from Australian-tuned suspension and as a result sits securely and reasonably smoothly on our bumpy excuse for roads.

Pushed hard the Sport corners impressively flat, but does dance from side to side a bit as the suspension loads and unloads, and the steering could be a little sharper.

The cabin is inviting, with a leather-clad wheel that is both reach and height adjustable, and comfortable cloth-trimmed seats, a transmission lever that fit snugly in your hand, single-zone climate air and good all round vision.

But none of the touch points within reach are soft to the touch, including the front seat armrests which lack any sort of padding.

I tend to grip the wheel lightly with my right hand while resting my elbow on the armrest for support when cruising.

But this becomes uncomfortable soon enough and is something of an oversight, because no one grips the wheel like a robot 100 per cent of the time.

The cabin is dominated by the large 10.0 inch plus touchscreen, with standard satnav, speed limit reminder and speed camera warnings.

Get a call and suddenly you discover you’re not connected.

Mazda CX-8: It’s all about the diesel

Not sure why speed and the current speed limit are displayed on the left of the screen, further est from the driver, when the right side would have made more sense.

And the speed limit warnings are obviously not camera based and can’t be trusted, because the first speed camera we encountered was flagged at 60km/h — when in fact it’s 50km/h.

That could be costly and something that should always be borne in mind.

There’s a surprising amount of rear legroom, with adequate room for two adults in the back.

But, given the thickness of the seats, I don’t fancy the idea of spending too much time back there.

The boot is a good size, but sacrifices a lot of space to a full size alloy spare.

With a 50-litre fuel tank, it tales standard 91 unleaded, with claimed fuel consumption of 6.8L/100km. 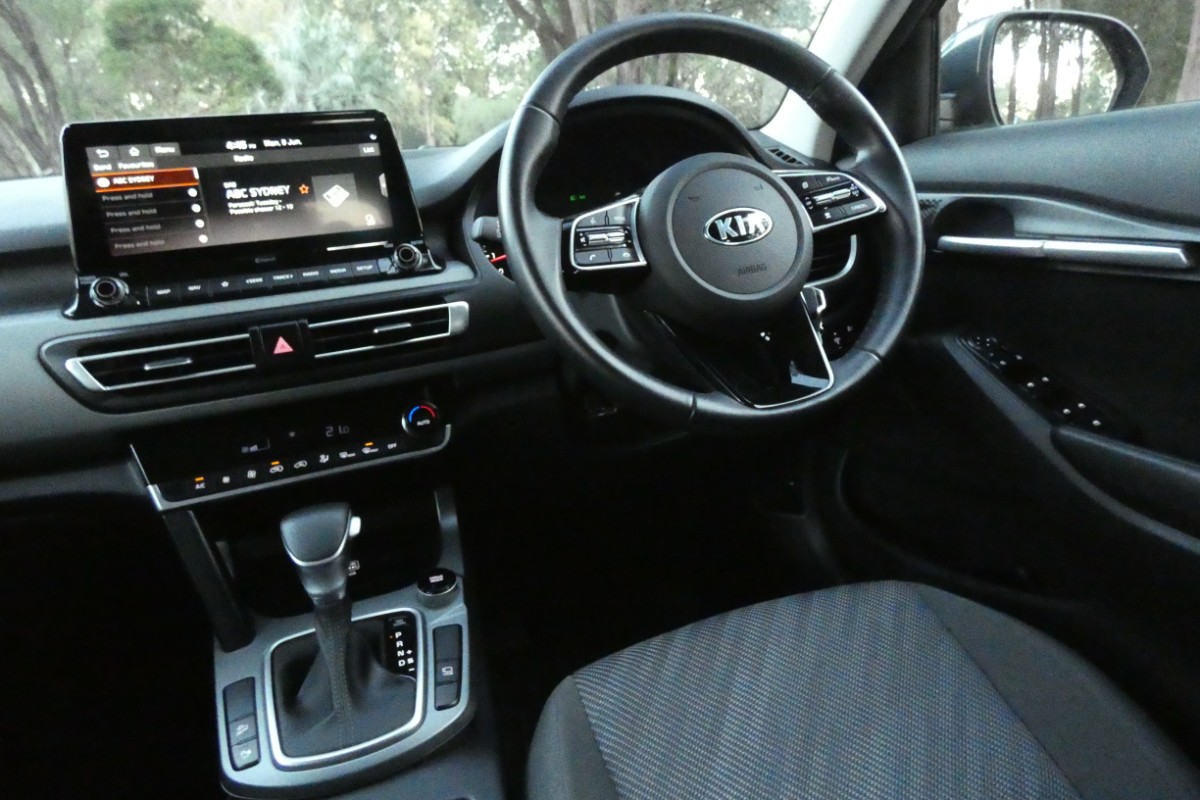 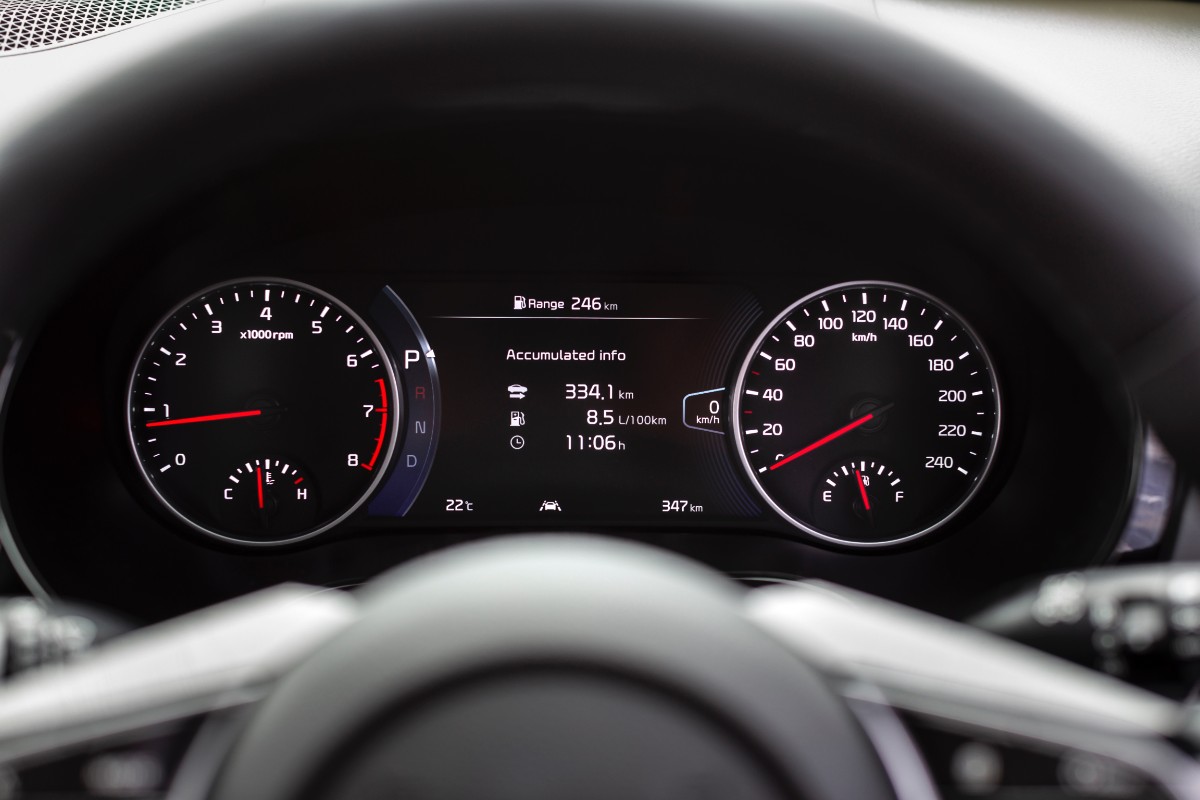 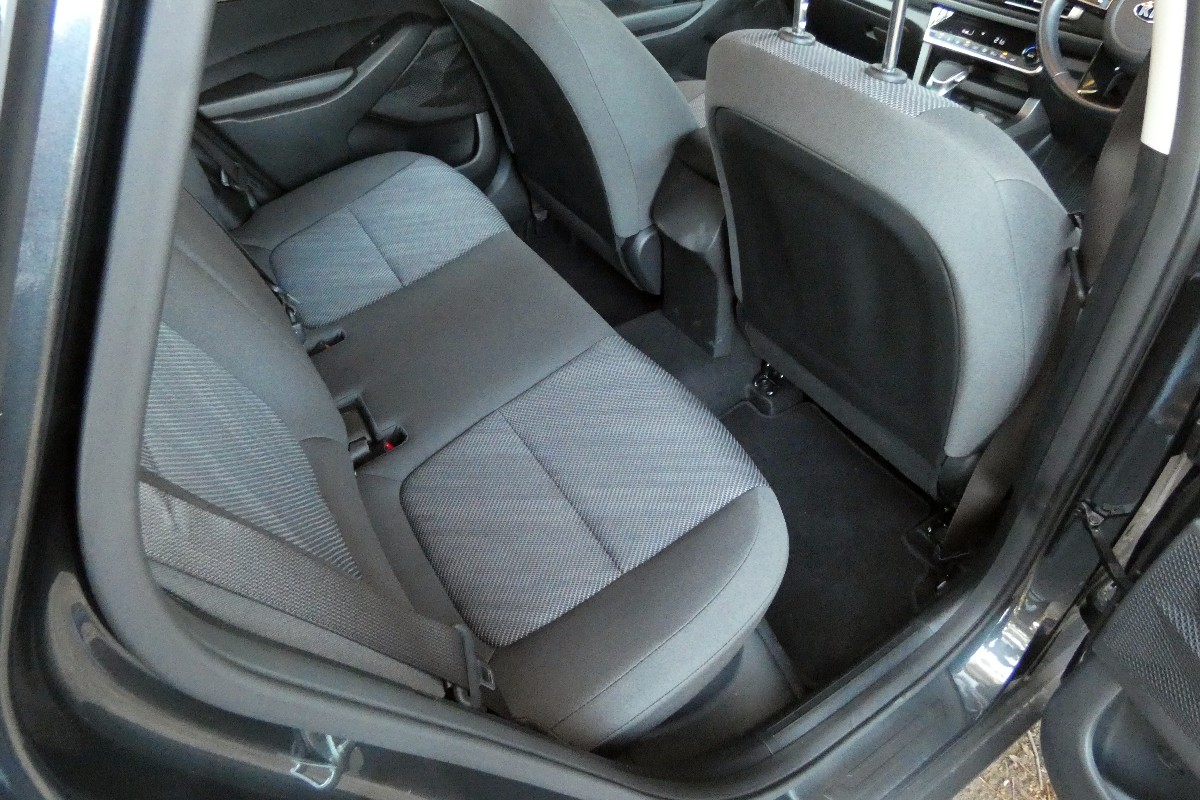 Some minor quibbles need to be addressed, but basically Seltos is a keeper.

After three years of ownership, we’re thinking it’s time to update our top of the range diesel Sportage.

The arrival of Seltos throws a real spanner in the works, because it’s large enough for our needs and means we’ll be forced to chose between the two.

My wife loves the Sportage, but says she’ll go with whatever I decide — I’m the expert. Talk about being between a rock and a hard place — thanks a bunch hon! 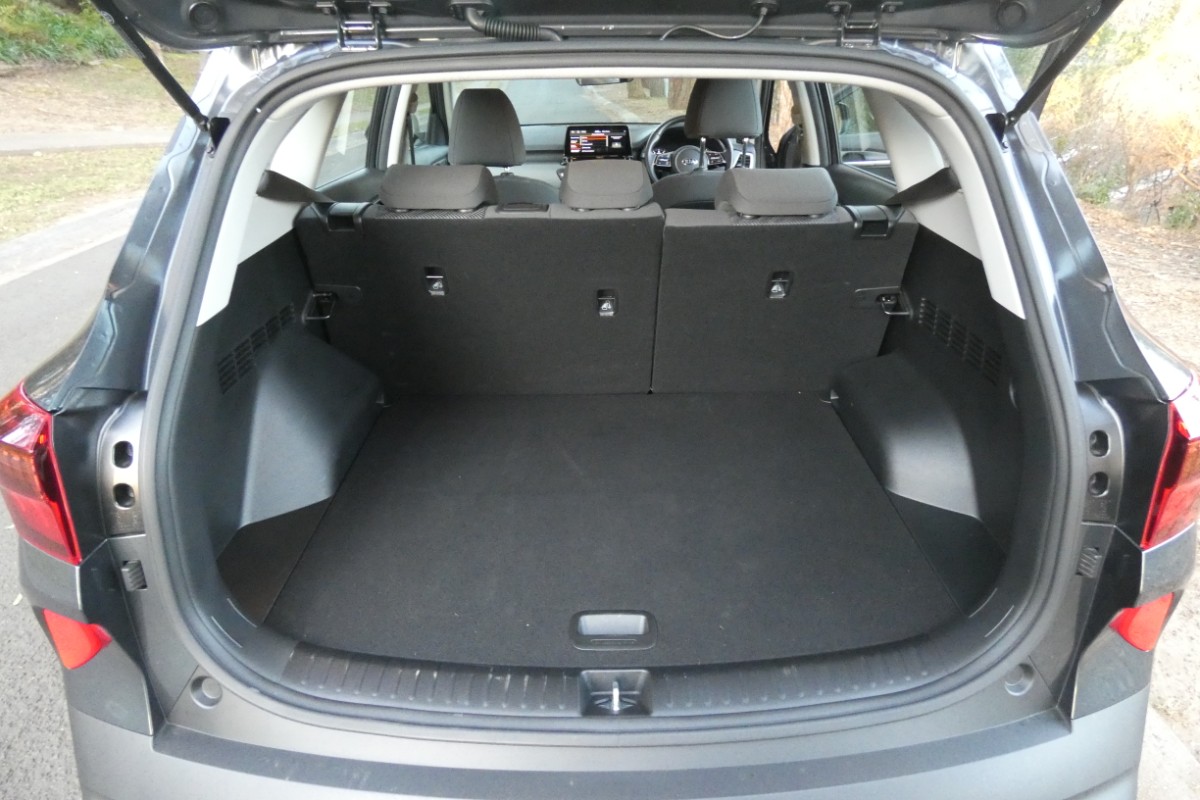