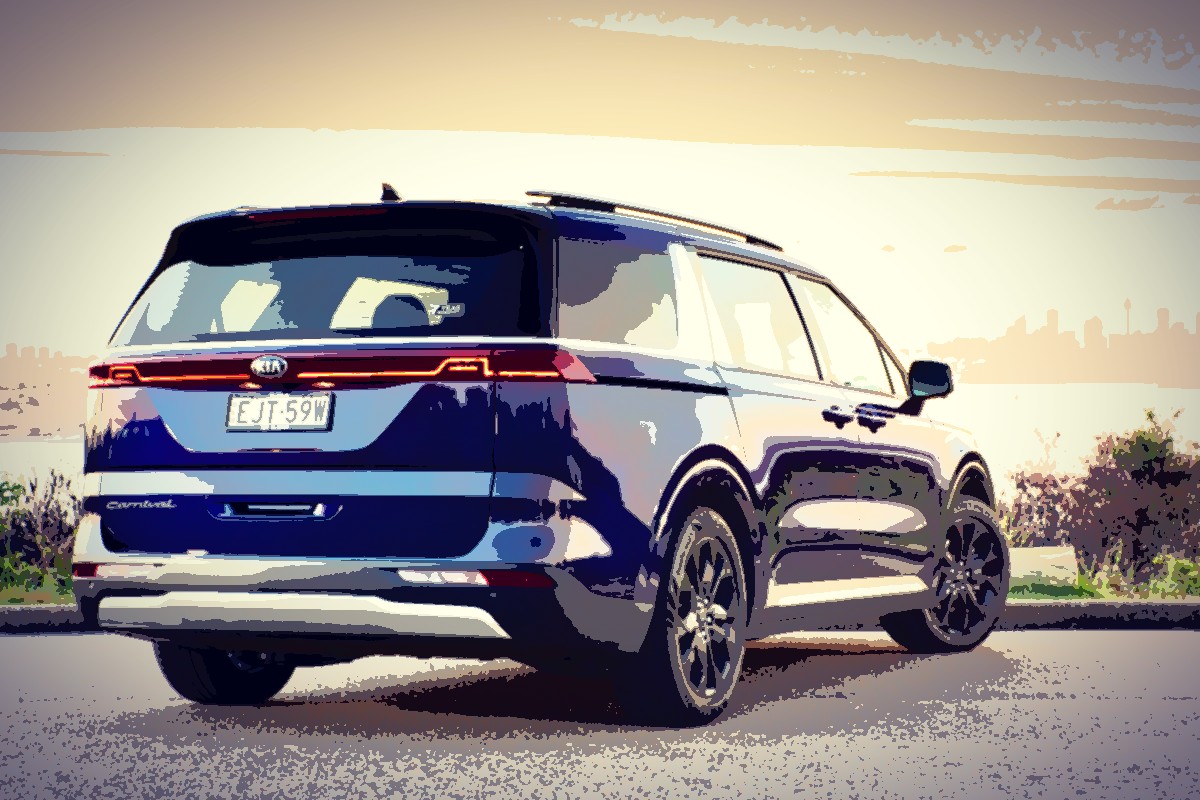 Home
Test drive
Kia Carnival: The long and the short of it Kia Carnival is hands down Australia’s best selling people mover and has been for many years.

The latest model, released at the start of this year, redefines the term people mover.

It’s big, it looks great and maybe, just maybe, it could be a real alternative for blinkered buyers and their sheepish predilection for SUVs and 4×4 utes.

Because I’m telling you now, once you drive the Carnival there’s no way you’re going to put you and your family through the torture of driving a ute again — I don’t care how many black bits it’s got! 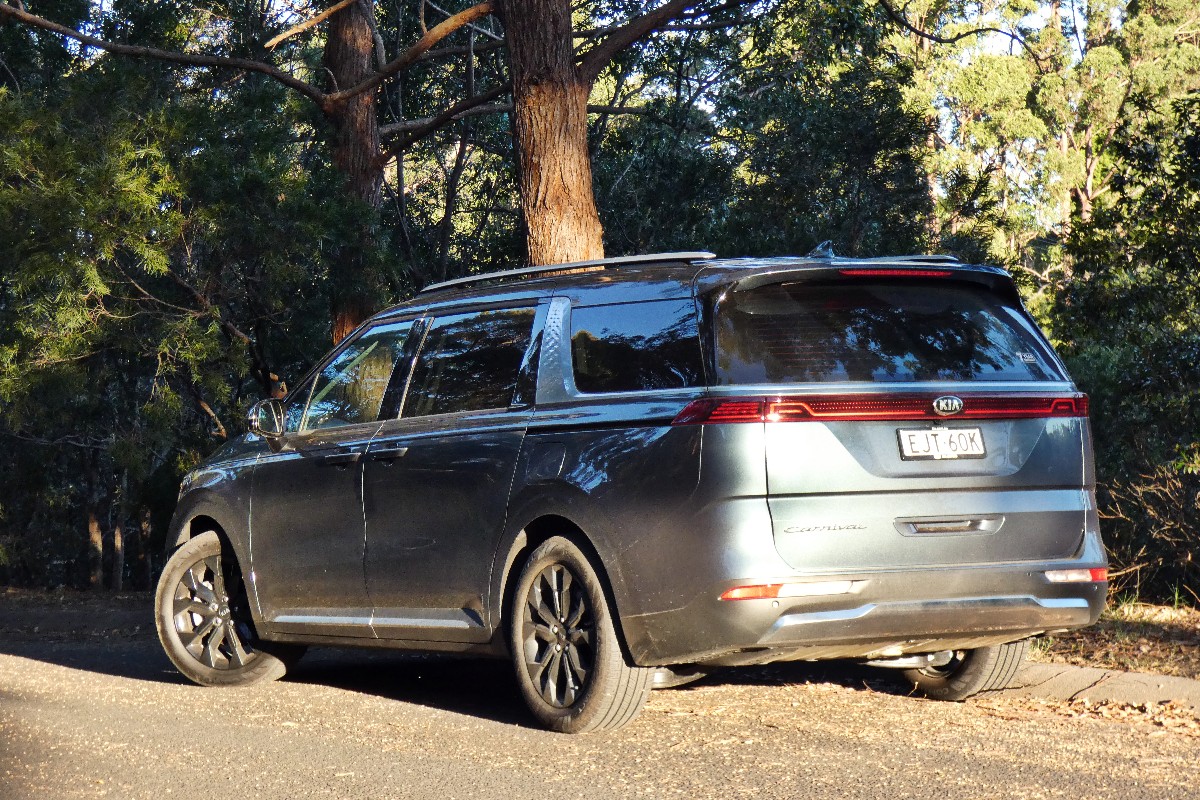 It was 4890mm long, seated seven and was powered by a 2.5-litre petrol V6 with an optional four-speed auto.

It was cheap and it was cheerful and a godsend for large families that needed more than the standard five seats.

At 5130mm it was longer, seated up to eight and came with two airbags instead of one.

The new fourth generation Carnival, released in January of this year is a monster, 5155mm long and powered by a choice of petrol or diesel engines.

Priced from $46,880 it remains Australia’s best selling people mover and is still relatively affordable, but these days there are cheaper options, with the top of the range Platinum model coming in at a shade under $70K.

Therein lines a looming problem for Kia, because there will come a time when people say: “You know what, I think I’ll give the Chinese one a go instead — what have I got to lose?”

And let’s not forget that lonely sticker on the back window — a 7-year unlimited kilometre warranty. That’s money in the bank. 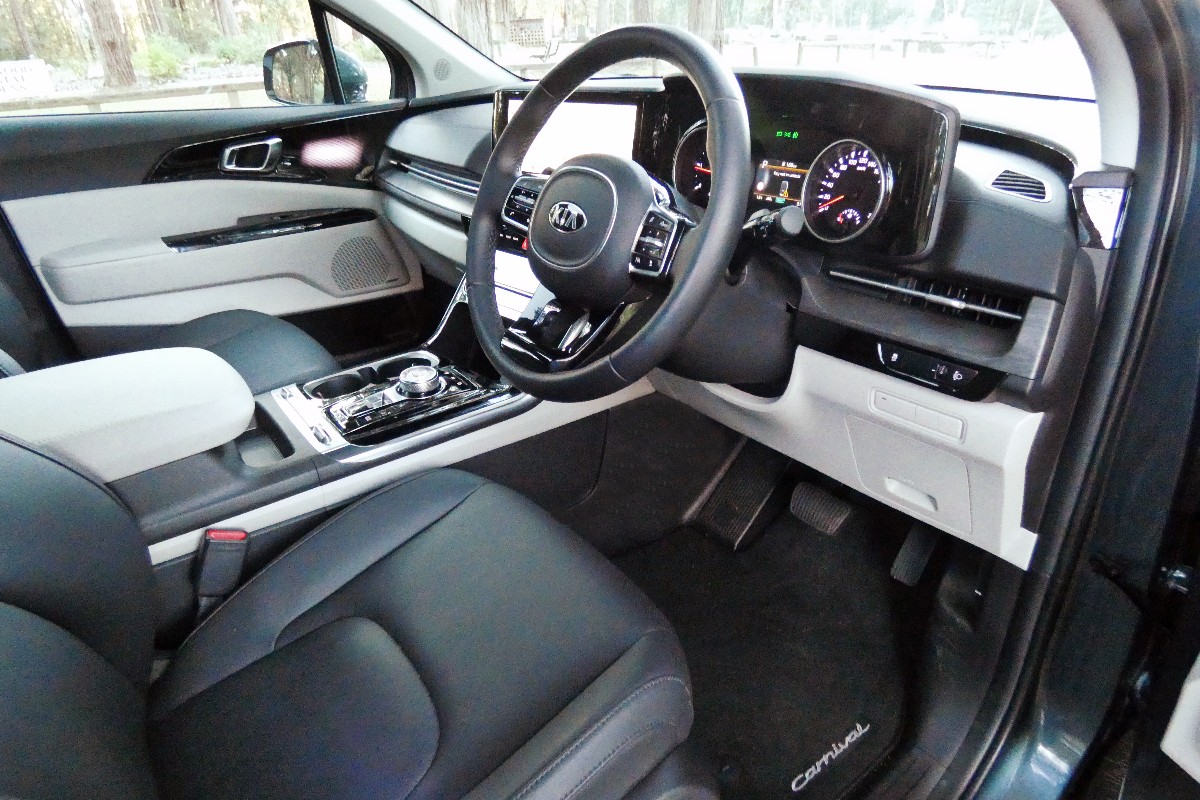 The overall length has grown by 40mm to 5155mm, with a 30mm longer rear overhang (1130mm), creating more space for third-row passengers and best-in-class luggage space.

The two sliding rear doors and tailgate are all power operated and can be opened and closed using the key fob, but selecting a particular door to operate can at times be confusing.

There’s five top tether and five ISOFIX style child seat anchor points, slide and recline rear seats, and with the third row of seats in use, there’s still a surprising 627 litres of deep space available behind the rear seat.

It’s paired with an 8-speed auto, with drive to the front wheels.

Four drive modes are available: normal, eco, sport and smart and it remembers the setting between starts (the last one is set and forget).

You can fire it up from the key fob, or simply put your foot on the brake and push the start button to the left of the steering wheel.

Not sure why anyone would want to start their car remotely using the key fob, however?

The 2.2-litre diesel is an old and reliable friend and is also be found in the Sorento SUV with which Carnival shares a platform.

It delivers its torque down low which makes for easy, unfussed driving and relatively low fuel consumption for such a big bus (sorry but it is).

In smart drive mode the transmission adapts to your style of driving, but with a long haul ahead of us we opted for eco mode and to be honest it felt just fine so we left it there.

The ride is super smooth on the motorway and it’s quiet inside, with solar and acoustic insulation for the windscreen and just a tiny niggling vibration that spoils the overall effect.

The steering is extremely light, throttle response strong, if a little delayed, the brakes touchy at times, with an annoying lane keep assist system that had us finally reaching for the off button.

Tow capacity by the way is 2000kg and in case you were wondering, there’s seven USB and two 12 volt charge ports scattered throughout the cabin, along with nine cupholders, four bottle holders and four phone holders.

We were getting 7.2L/100km after more than 1100km, including an 800km jaunt down the south coast over the long weekend that saw us stuck in massive traffic jams. 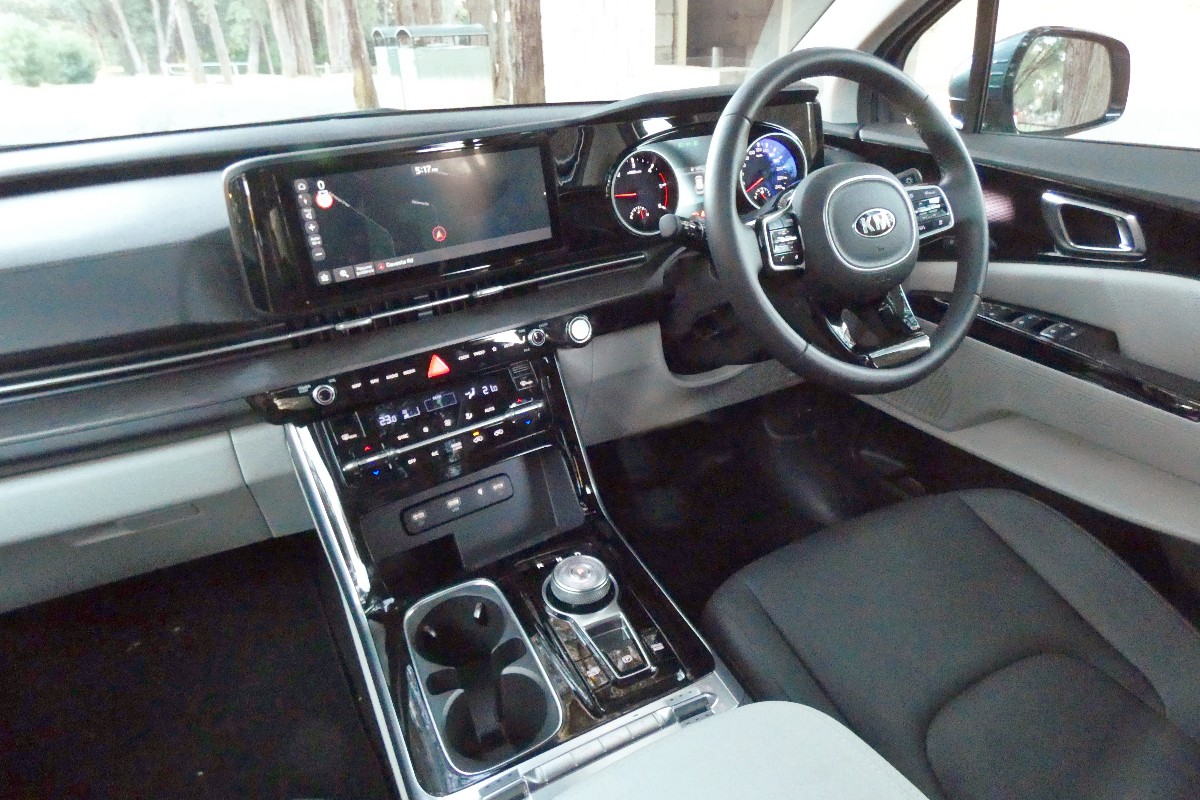 Kia’s Platinum Carnival is a helluva car and a helluva lot of car for the money too.

It looks flash, is easy to drive, uses hardly any fuel for its size and seats up to eight comfortably with room leftover for luggage.

And with a string of acronyms it’s also as safe as houses — what more could you want for your money? 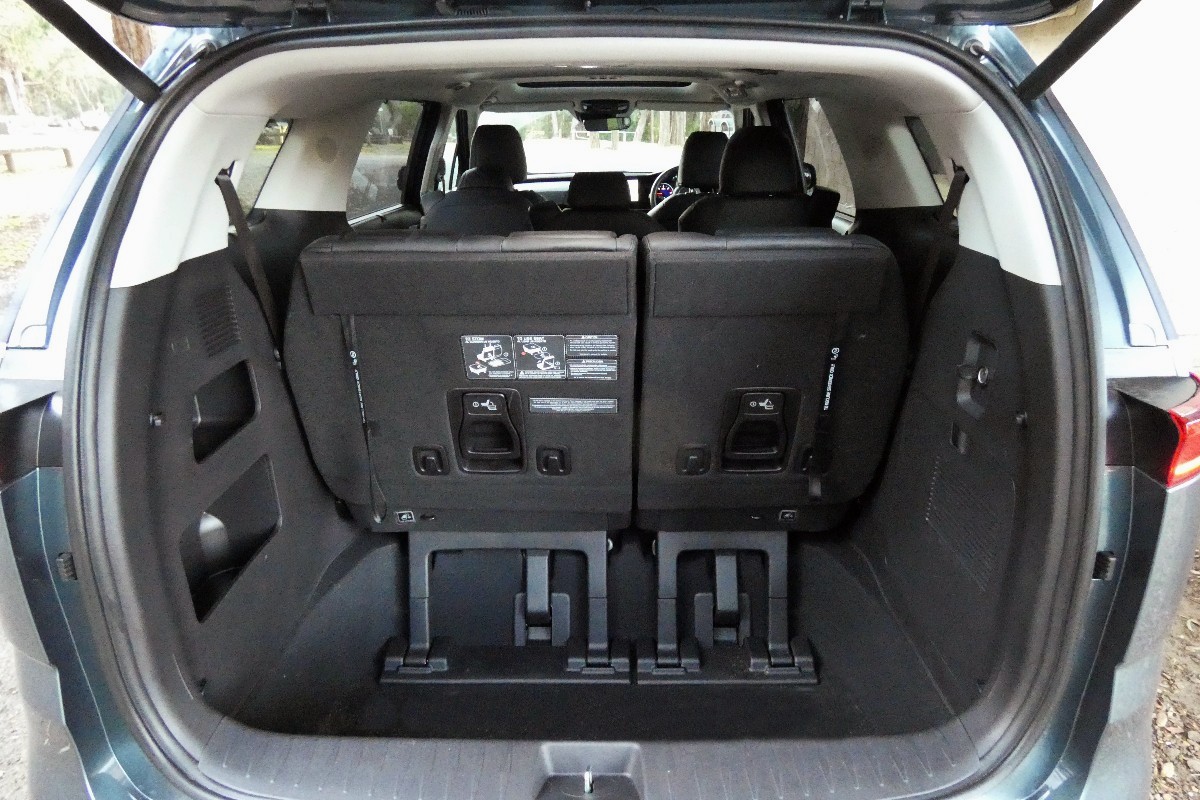