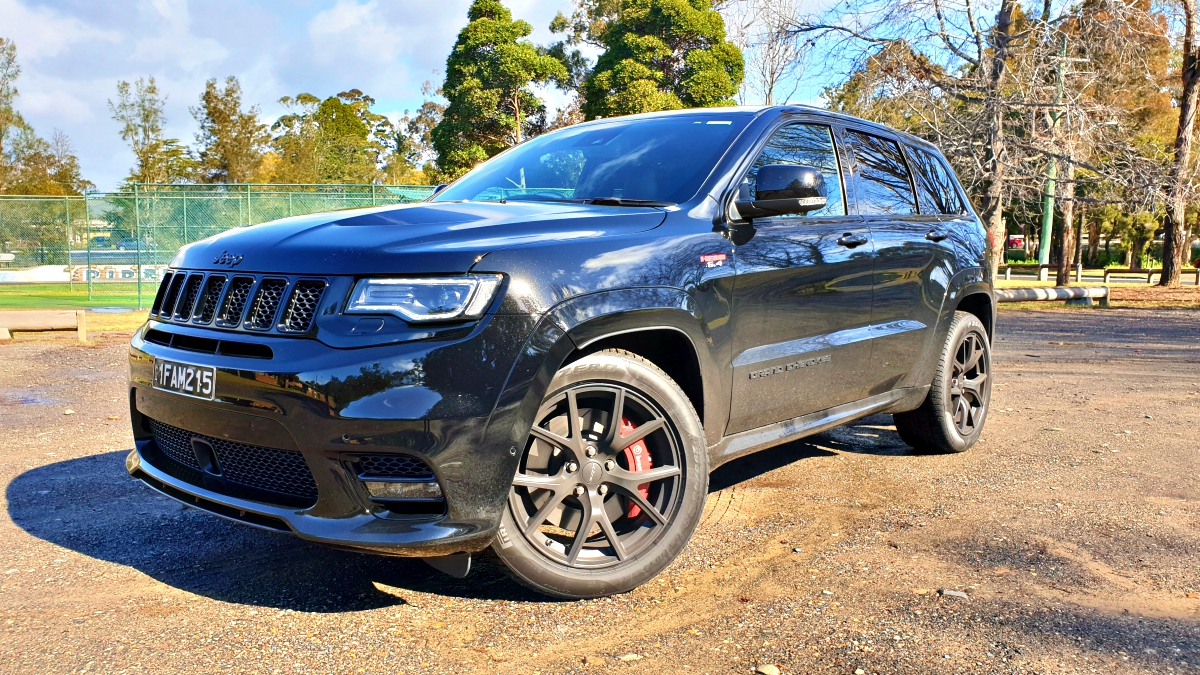 It’s the automotive equivalent of “The Rock” or John Cena. It’s big, muscular and makes some serious noise when angry.

Jeep’s Grand Cherokee SRT is brawny and brash, and comes with a soundtrack that, on its own, is equal to a field full of lions letting Nature know they’re pissed off. Getting the picture?

In the Grand Cherokee lineup it’s the second from top in a staggering range of eight trim levels, sitting behind only the 6.2-litre supercharged V8 inside the Trackhawk. It’s roomy, well specified, and completely family friendly. 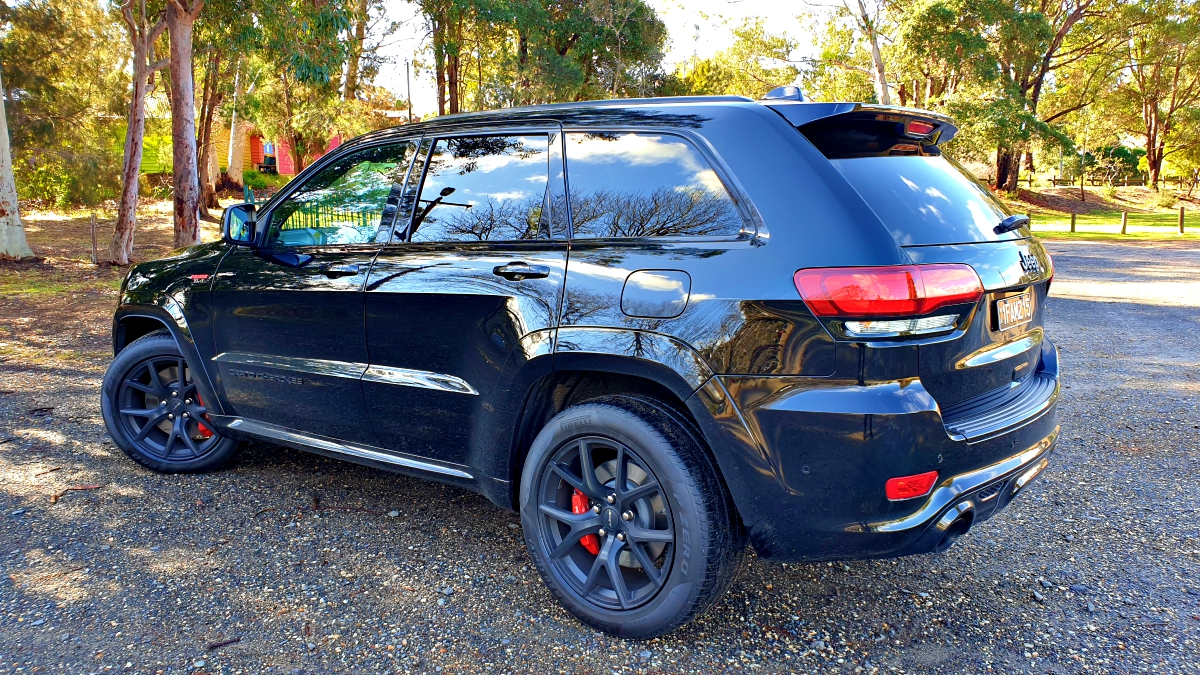 That’s a hefty ask for a car built around a heavy hitting V8, but there’s plenty offered in return.

Aside from the powerplant, it’s very well spec’d inside.

Seats are leather and suede, with heating, venting, and need only a little more side support to be absolutely spot on.

The interface is FGA Group’s UConnect, via an 8.0 inch touchscreen that sits in the middle of a grey strip of faux carbon-fibre.

That important stuff is the settings to change the SRT from Bruce Banner to the Hulk at the touch of a tab. “Normal” is called Street, with Sport and Track the other two.

By the way, there is a jog dial that provides other drive modes for the rare excursions off-road.

The tailgate is powered and the switch to operate it isn’t located at the base of the door, like most. It’s located inside, on the left rear corner of the 782-litre cargo space.

Although there is an audible warning, it’s an odd place. Not so odd is the 12V socket found in the same area, along with one up front, next to a pair of USB ports.

The rear seats also have a pair underneath the aircon vents. Another smart touch is a full sized spare wheel.

The driver’s display has a LCD screen that is sectioned for different information. The actual speedometer is a semi circle at the left corner, with fuel on the right.

The colour display shows the Launch Control screen, rev counter, expected range, which info screen is being displayed and the drive mode selected.

Subtle touches come from the blue light for the cup holders in the silver coated centre console and the full length glass roof with a soft black fabric shield.

There are also proper, functional air ducts in the bonnet. 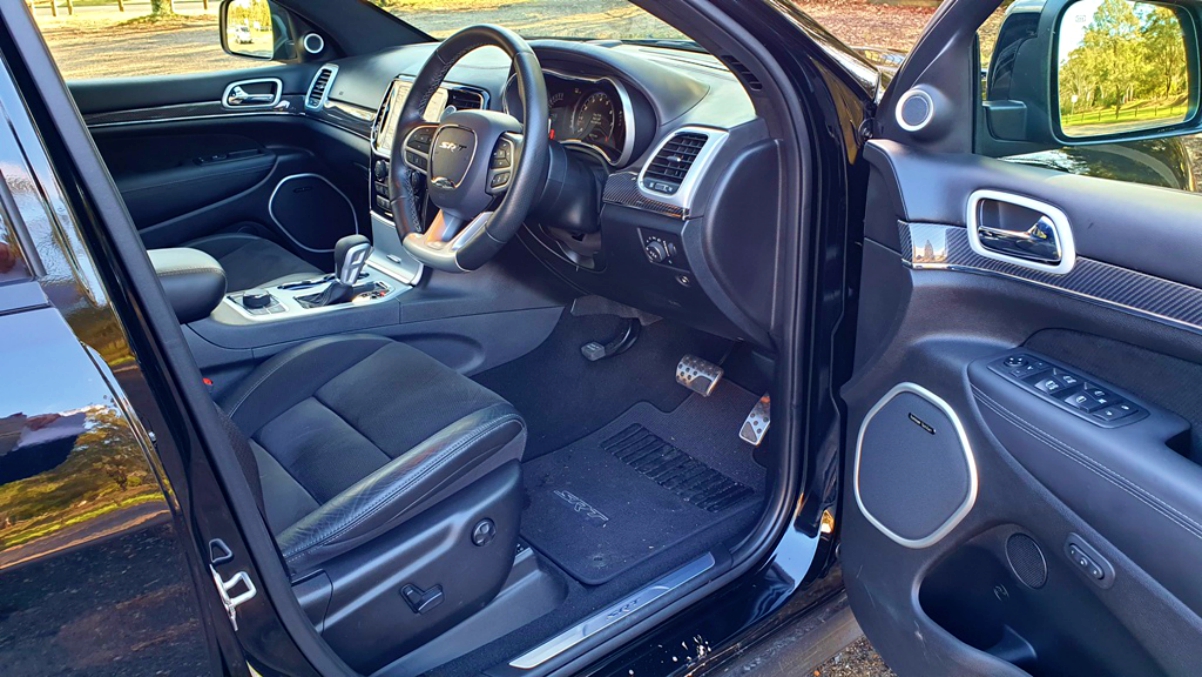 Normal is the mode most people who buy the SRT probably ignore, as it’s Sport and Track modes that pair best with the engine.

With a 6.4-litre V8 that delivers 0-100km/h in 4.9 seconds, thanks to 344kW/624Nm via all four corners and an eight-speed auto, Sport comes up with a better ride, transmission changes, and steering feel.

Track and Launch Control are engaged via the touchscreen and jog dial, but in reality are best left to the proper location.

Sport is the preferred mode, well at least it was for us, as Track had the SRT’s body mass, (over 2300kg dry) feeling it.

The suspension was soft, not unexpectedly, but the mass was noticeable in how the body moved around more than expected.

On a flat and level road, Sport immediately tightens the whole affair up, and even the general messy sections were ironed out without rattling the fillings.

Centrepiece of the SRT is the pride of lions that erupt every time the accelerator is pressed in anger.

On a soft squeeze, it drives just as easily as the 25 year old Barina Nana has, but when provoked there’s a genuinely thrilling, angry, spine-chilling basso profundo yowl from the exhaust.

Given that barely five second sprint is from a vehicle that easily weights two and a half tones when loaded with fuel and driver, it’s an astounding performance vehicle masquerading as a family SUV.

Brembo provides the stoppers and unsurprisingly they’re well up to the task. Pedal feel is spot on and better the more the travel progresses.

Economy is not a word one would associate with this sort of vehicle, however, in a way, it can be. 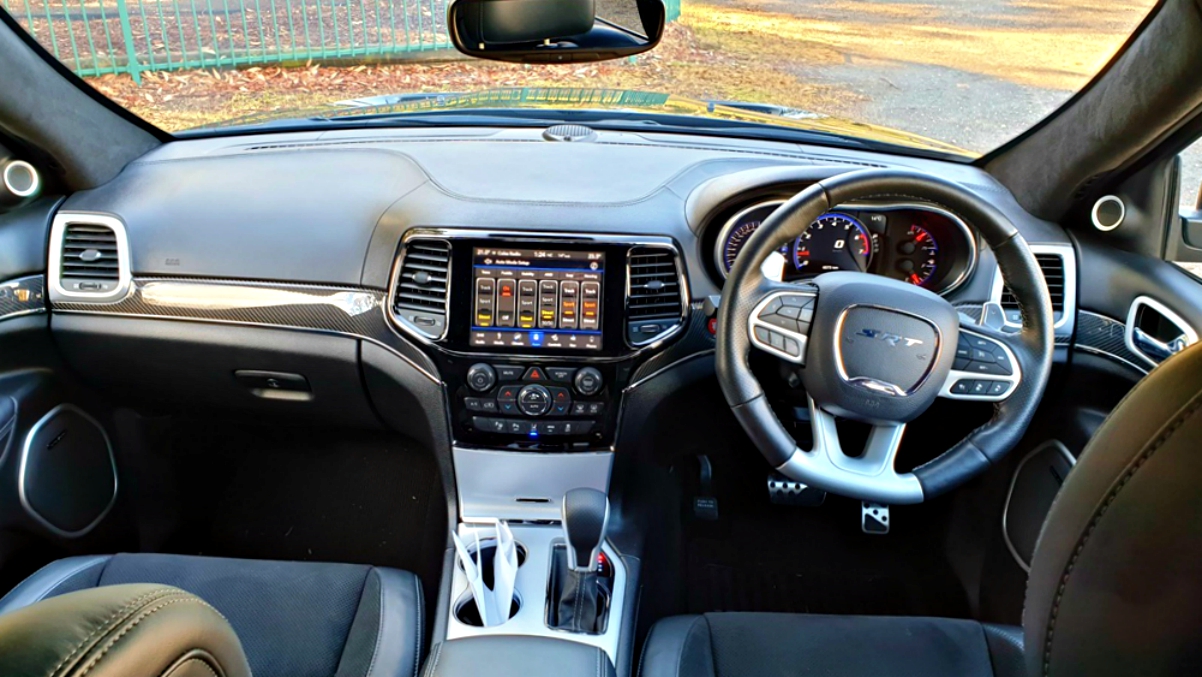 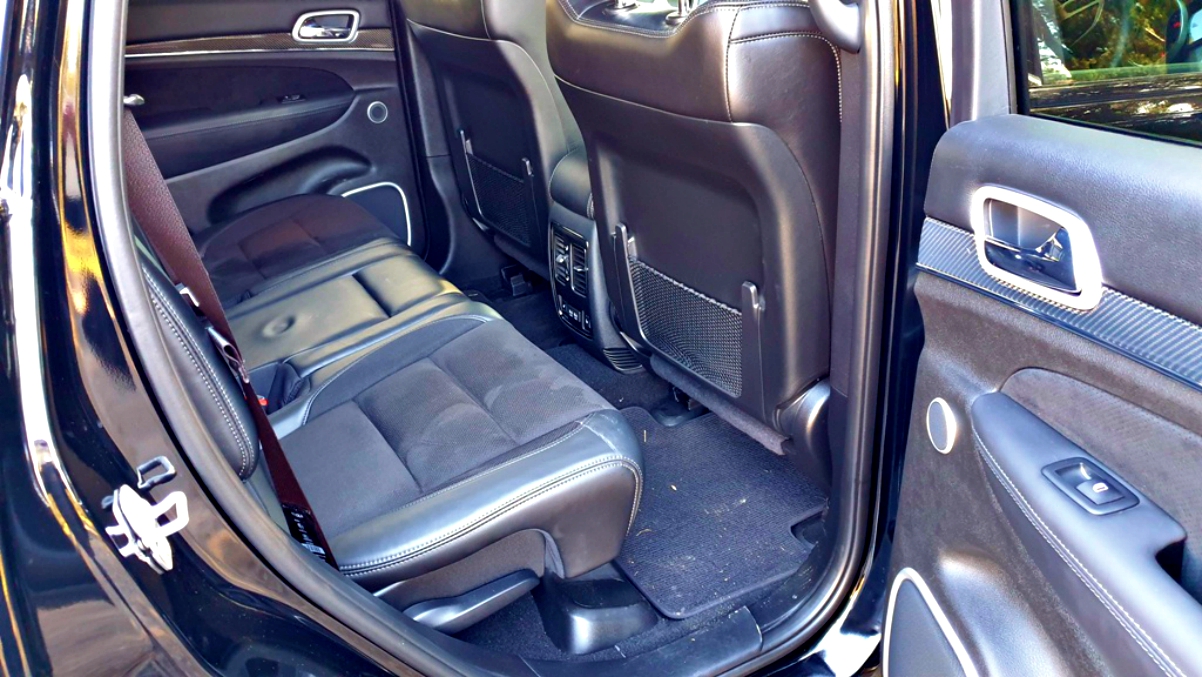 In essence, that is what the Grand Cherokee SRT is, albeit powered by an engine that makes noise Thor would say is too much.

It has the same comfort, features, style, and appeal in real terms, as the rest of the range below it. It’s the engine that sets this (and the Trackhawk above it) apart from the rest.

But if the thought of sucking 21 litres of 98 RON fuel for every 100 kilometres isn’t an issue, then this brawler is for you. 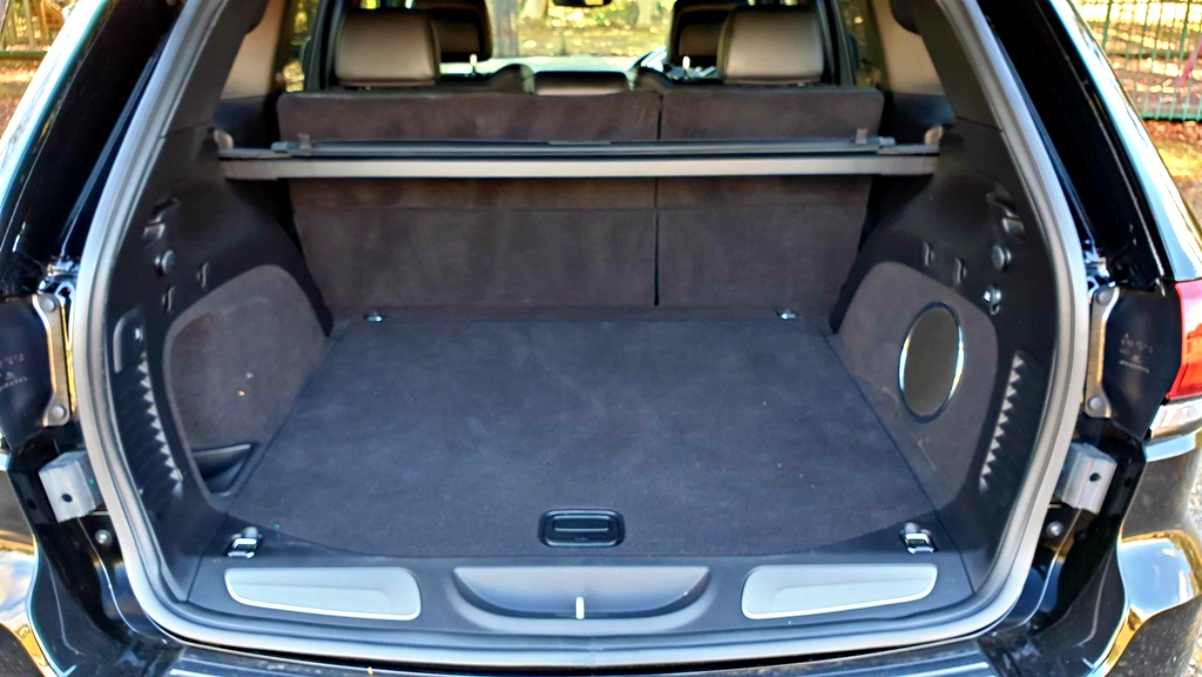 Check out deals on the Jeep Grand Cherokee SRT