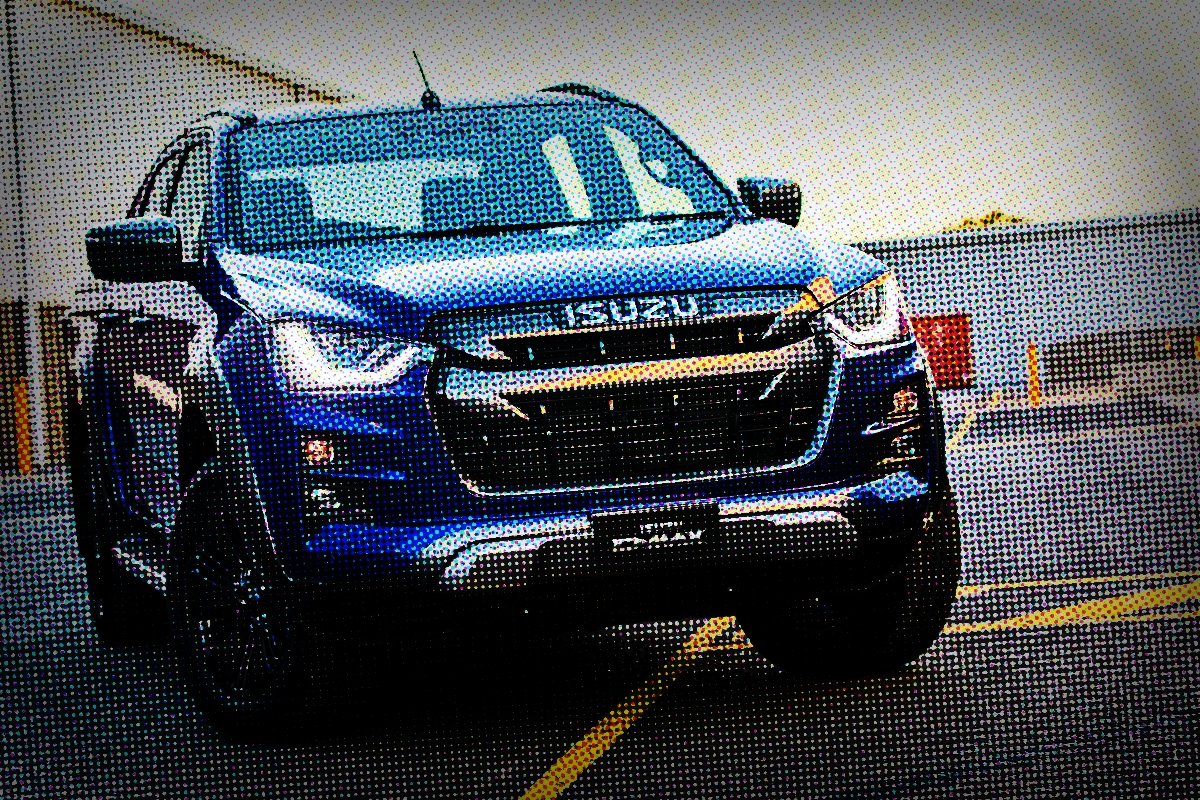 Isuzu D-Max: Two for one

Isuzu’s mainstay the D-Max gets a makeover approximately once every two presidents.

It’s an extensive range and in mid-2020 the range was given a facelift.

There are two- and four-wheel drive machines in cab chassis, space cab, and four-door cabin body shapes, with six speeds for both manual and automatic transmissions.

KISS (Keep It Simple, Stupid) is the theme for the engine choice.

It’s a 3.0-litre four cylinder turbo diesel across the range.

We drove the entry level 4×2 cab chassis SX manual back to back with the 4×4 four-door top of the range X-Terrain.

A quote built on the Isuzu website has the retail price at $8400 more, representing a huge saving.

The colour on our review was basic Mineral White as a no cost option.

A welded wire mesh window protector was fitted and that’s $193.

X-Terrain is $58,990 driveaway and is targeted at Ranger, Hilux and Triton.

There are over 50 options to choose from.

The main part of the facelift is up front.

The two horizontal bars in the grille have their endplates pointing downwards for a toothy snarl.

The grille itself has been extended downwards and further into the front bar.

The headlights have been re-profiled with the SX retaining halogen lights.

The X-Terrain has restyled LEDs in the main cluster.

SX had an alloy tray fitted that was too long in a crucial area.

There is a step moulded in to the rear bar, but with the tray fitted it is tucked away, rendering it virtually useless.

The same grey is in the wheel arch flares and sidesteps.

The alloys are painted black and complement the metallic Cobalt Blue on the X-Terrain provided.

Inside there’s a serious upgrade to safety, with both the SX and X-Terrain getting eight airbags.

This includes one in the centre console area.

Autonomous Emergency Braking (AEB) with pedestrian and cyclist detection is fitted to the X-Terrain, with Blind Spot Monitoring standard across all models, as is a somewhat overzealous Forward Collision Warning.

It would drop signal in areas that some of other cars we’ve tested with dodgy tuners would still pick up.

The interface for the SX’s screen is poor, while X-Terrain’s is a marked improvement — but both have a non-user friendly radio display.

What is user friendly are the two different control sets for aircon in both.

Dials and buttons are classically styled and extremely simple to use.

Airflow was fantastic on the hot days experienced during our test period.

The dash design mimics the angles of the exterior too, with lines that run across the dual glovebox echoed by the angles for the touchscreen surrounds and binnacle.

Seat trim in the SX is hard wearing cloth with heavy duty black plastics throughout the cabin.

X-Terrain gets leather appointed seats, but no heating or venting for the front pews.

Nor do all windows get a one-touch control and there isn’t a smartphone charge pad.

The driver’s dash display is largely the same for the two, with a full colour display screen that sits between two analogue dials.

Legroom in the four door’s rear seats is between good and adequate, and there is plenty of head and shoulder room through the range.

SX gets a USB and 12V socket for the cabin.

The same goes for X-Terrain plus rear seat connectivity and air vents, plus a shopping bag hook on the rear of the front passenger seat. 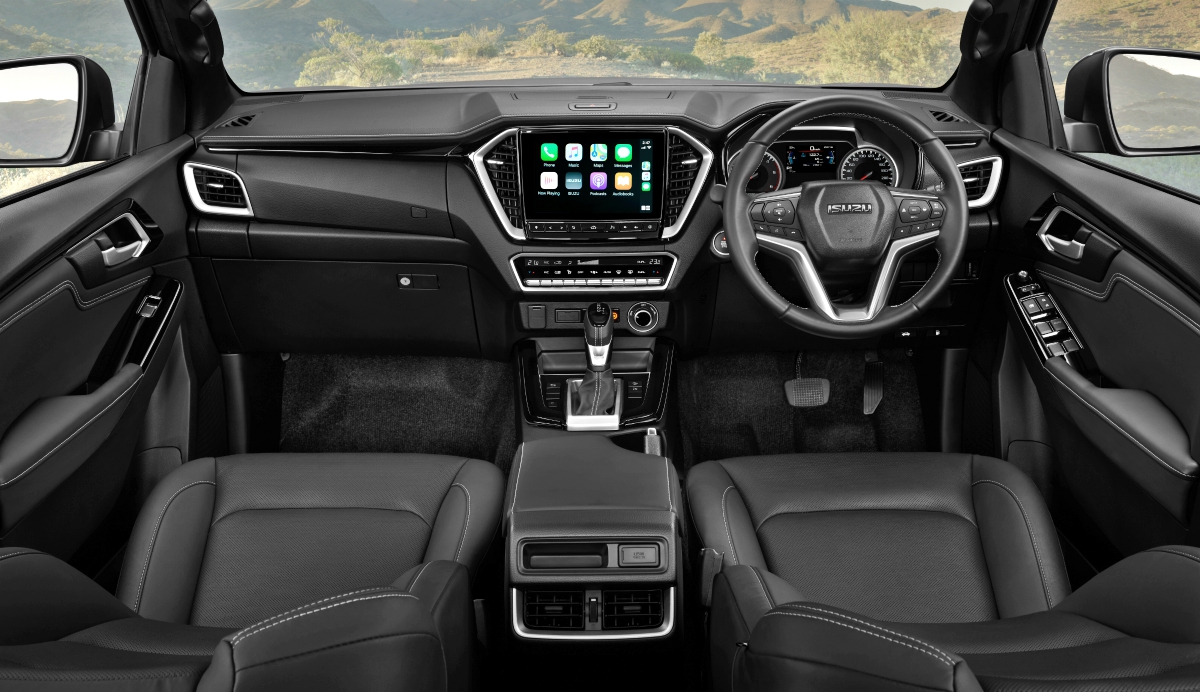 If you were expecting performance from the 3.0-litre diesel, with 140kW and 450Nm, prepare to be disappointed.

Given the Hyundai and Kia 2.2-litre diesel offers similar numbers, it came as a horrifying surprise to find how lethargic the 3.0-litre is, particularly in the SX manual.

It runs out of breath too easily, and feels strangled and heavy in use.

In first the SX runs to around 20km/h and simply doesn’t feel like a free spinning, energetic unit.

The clutch mechanism is notchy, but well sprung.

There is definition in the gates, keeping each movement between gears definitive.

The auto is good but lacks the refinement in smoothness found in the brands mentioned earlier.

We were perturbed and mystified . . .

Frankly, we expected a better return.

SX rides like a typical light commercial ute with no load.

Bouncy, skipping from rut to rut.

It responds well to some load, tying down the rear for a better ride.

The rubber supplied lacks grip and composure in corners, hums loudly on tarmac, whilst the ride quality is unsettled at worst, reasonably comfortable at best. 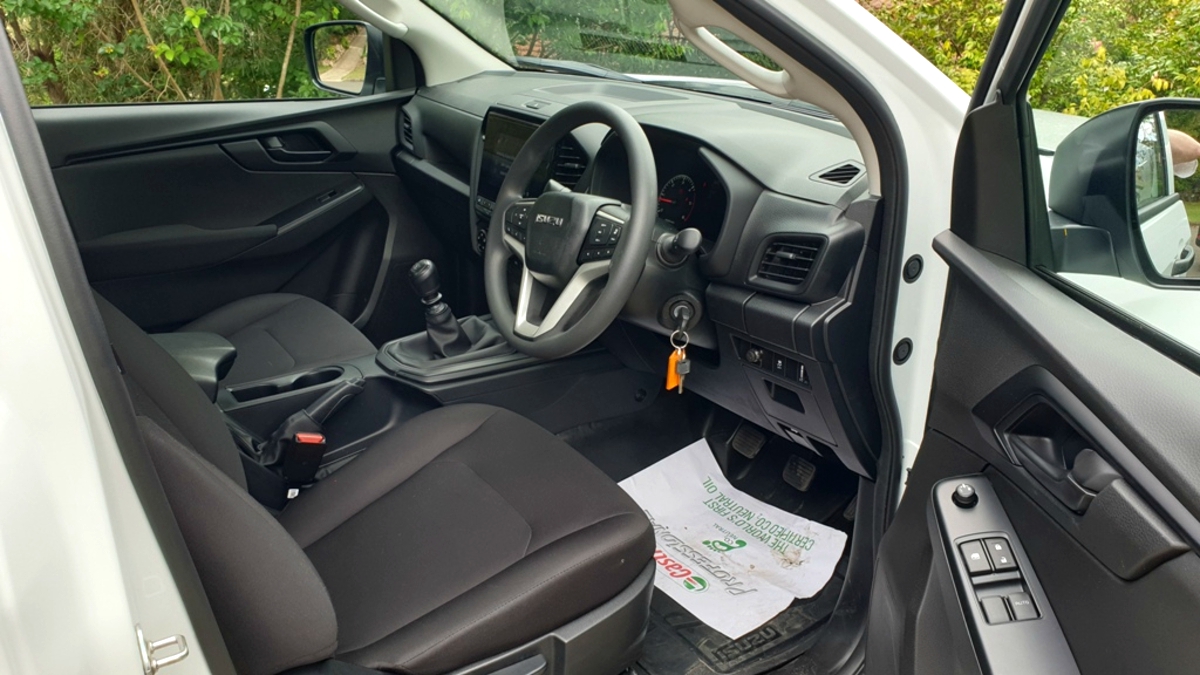 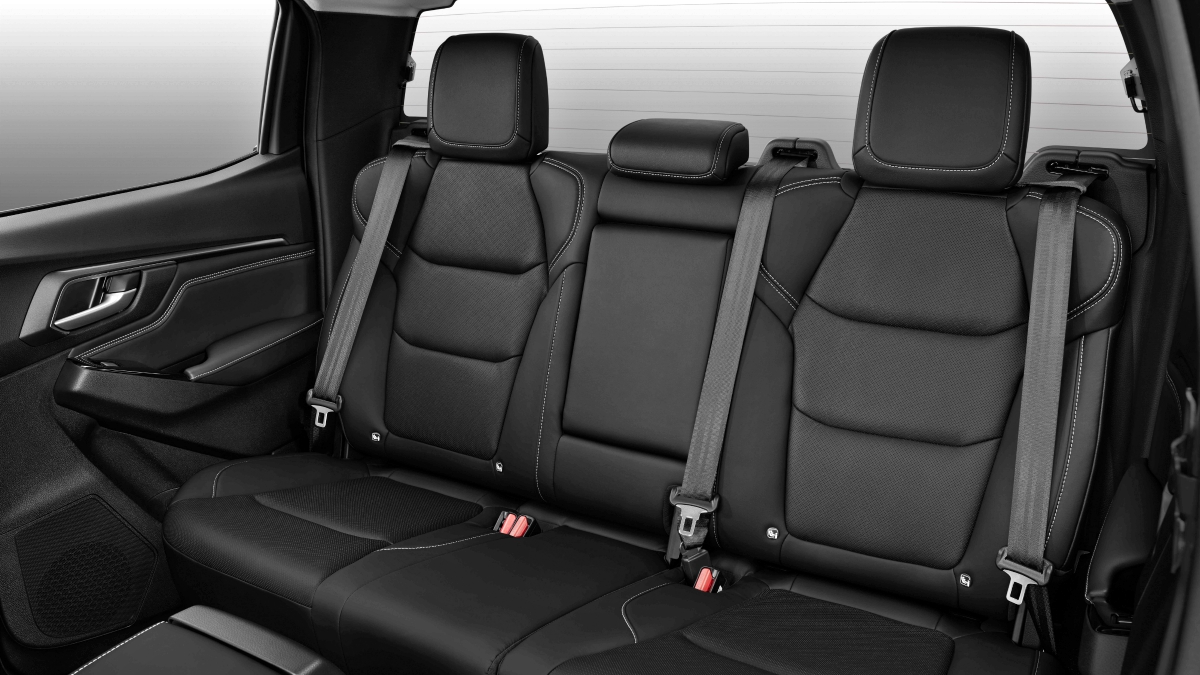 There is a saying about expectations: keep them low so you’re never disappointed.

Unfortunately, the heartbeat of the D-Max is an expectation not met.

We deliberately use as a comparison in numbers the 2.2-litre diesel from Kia and Hyundai.

Diesel engines are great for load lugging due to how they work.

Yet the smaller engine produces a figure that’s virtually the same as the Isuzu, but doesn’t feel strangled and weighed down.

The vehicles the 2.2-litre is slotted in to would weigh close to the X-Terrain, yet there is a spriteliness and easy-natured revving — rather than the almost stereotypical “I think I can” effort from the bigger engine.

The upside is the safety factor especially with a centre mounted airbag available from the entry level upwards.

The looks lend an angrier presence and the X-Terrain looks like a brawler thanks to the bodywork.

Lousy DAB, no heating/venting, only the driver’s window has a one touch button, the touchscreen interface lacks polish . . .

We came to the D-Max with little preconceived expectations. 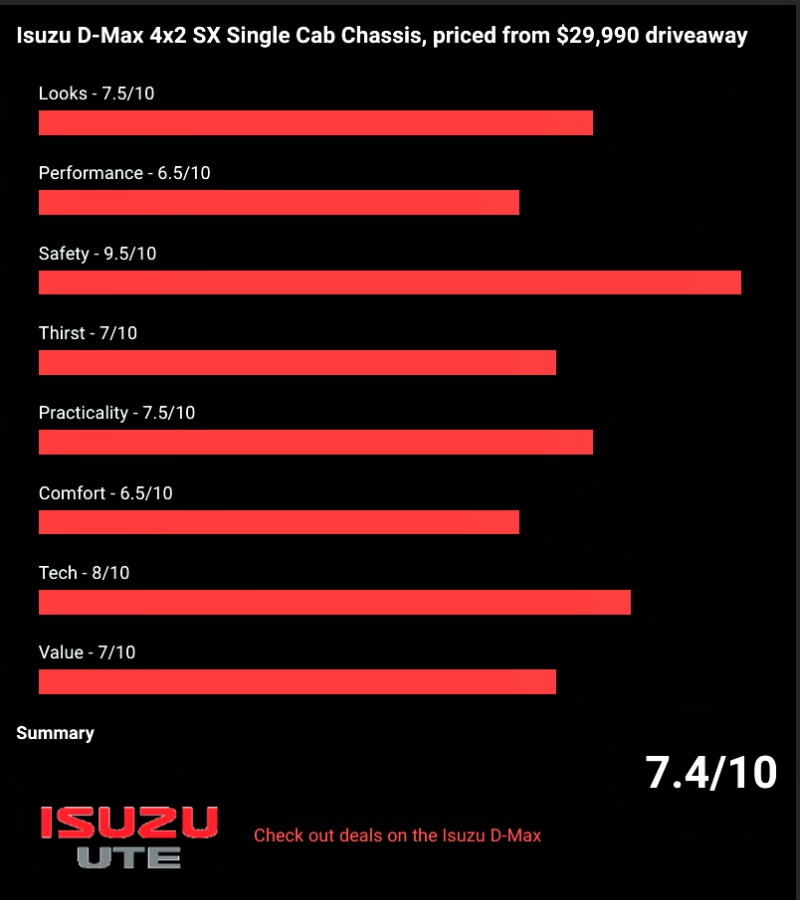 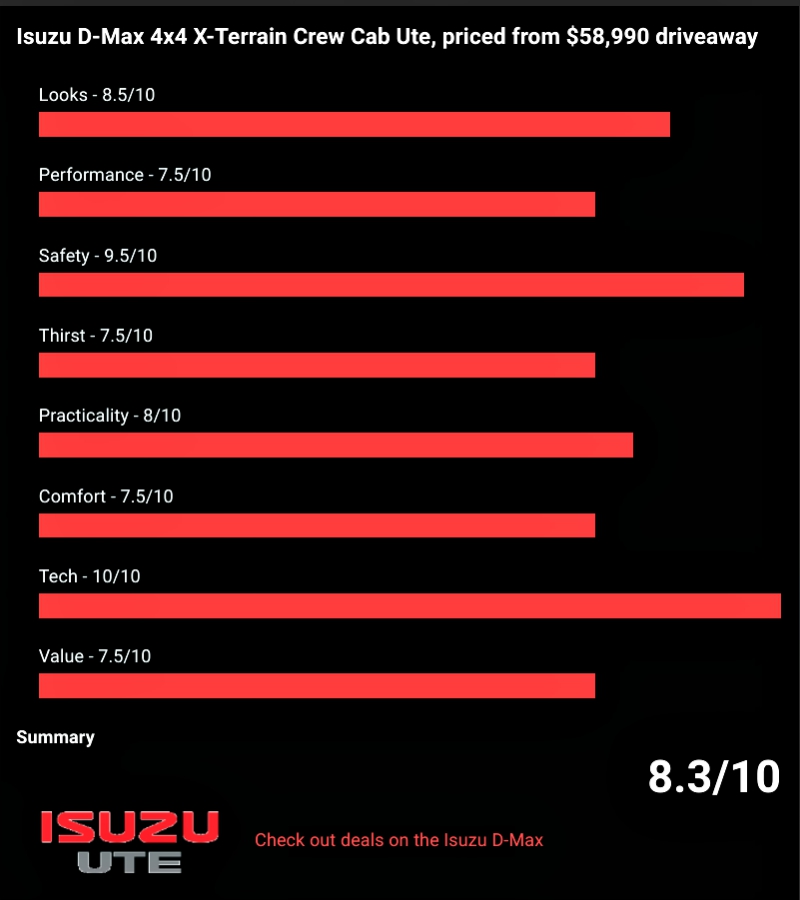