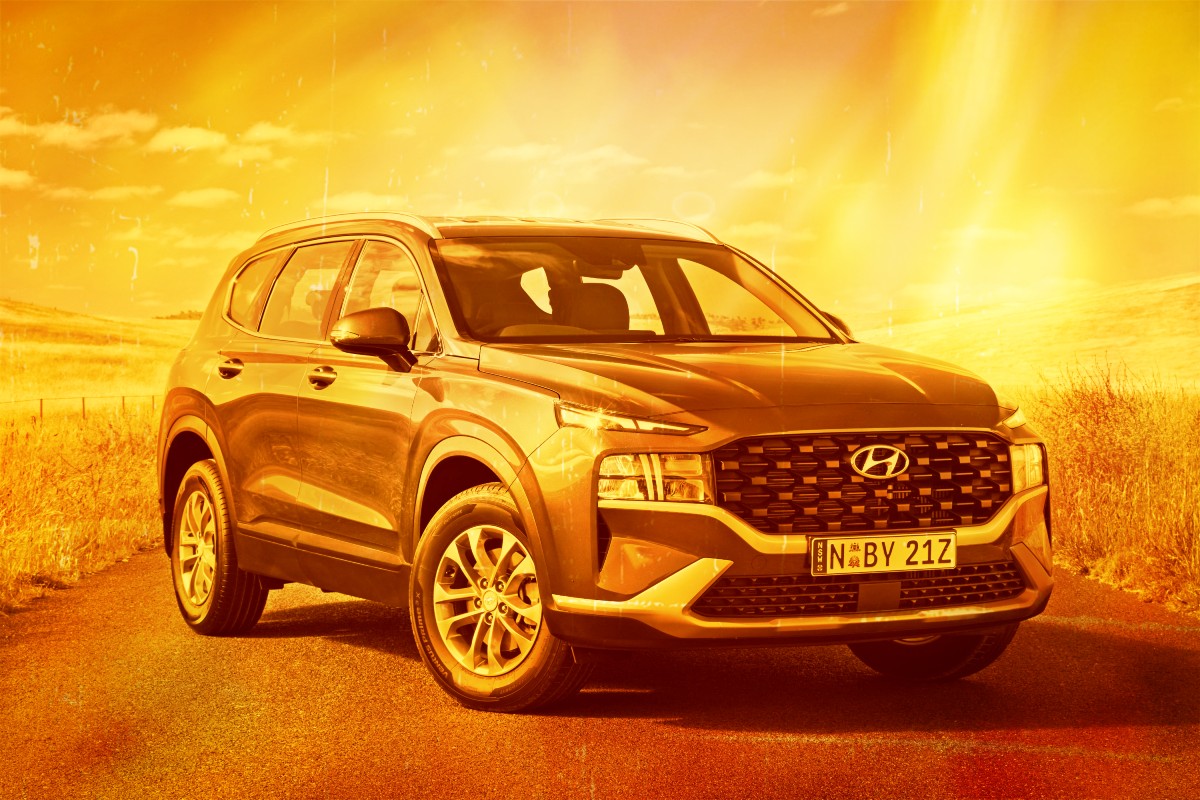 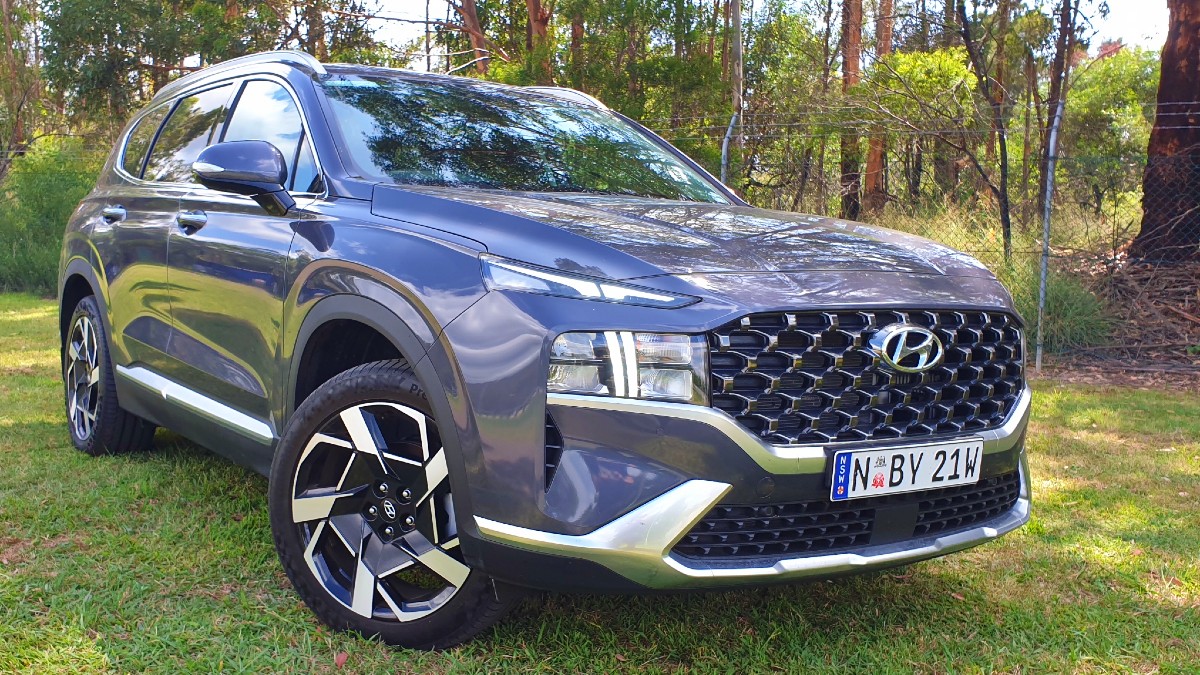 Hyundai has done well with the Santa Fe.

It’s grown from a mid-sizer to a large SUV over its lifespan and has been the public face of the brand — along with the i30 hatch.

Recently released with a revamped exterior and changes to the interior, Santa Fe remains available in petrol two-wheel or diesel all-wheel drive. 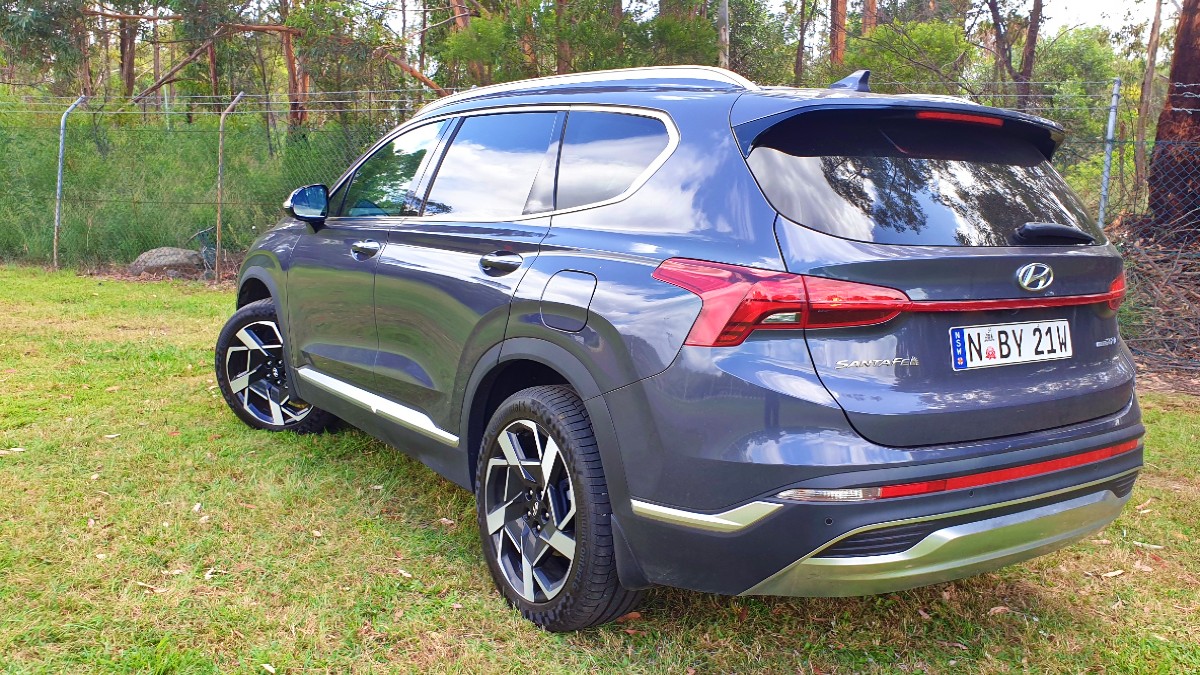 Santa Fe starts from a breath under $49K.

That’s with vanilla white paint. Change to one of the three metallics and that’s circa $49,700 depending on which part of Oz you happen to reside in.

The Elite in white and petrol starts from around $59K; hit the diesel option and that jumps to about $62,700.

The main exterior change is up front, with the bumper, grille, and headlights all rearranged.

The rear lights remain relatively unchanged and only trainspotters would be able to really point that out.

Inside it’s the new floating centre console as seen in Palisade and Genesis vehicles.

Good looking if not entirely usable is the space underneath the gear selector.

There are 12V and USB ports and a small storage nook that is difficult to access while seated.

Above lies an array of buttons for the major and minor controls, and includes Drive/Park/Reverse.

They seem initially counter-intuitive but quickly become super easy to use.

Although Elite is the penultimate model, it doesn’t have heating/venting for the front seats.

Notable, though, is the small slot located to the left of the driver’s hip.

Grab your smartphone, push down gently, and a soft tone is heard as the vertically aligned charging pad does its thing.

For the audio and satnav, the 10.25 inch widescreen  is clear and crisp, with Hyundai’s user interface a doddle to use.

There is DAB audio plus Bluetooth streaming, along with the now expected smart apps.

The dash features a pair of deeply scalloped recesses, with the driver’s binnacle set in, not on, the right side scallop.

The dials are analogue and the font is unusual, with an almost Star Trek look to the numbers.

The centre row seats are manually folded and sit flat to line up with the rear row, making a flat surface for 1650 litres capacity.

Elite shares the rear passenger intercom feature with the top of the range Highlander.

It doesn’t want for safety either, missing out on a very short list of items.

This one misses out on the Blind Spot View Monitor in a digital dash display, plus the Surround View Monitor, Parking Collision Avoidance Assist-Rear, Remote Smart Park Assist, and has a four sensor — not six — Park Distance Warning system.

There’s airbags everywhere except for the centre console and a driver’s knee bag. 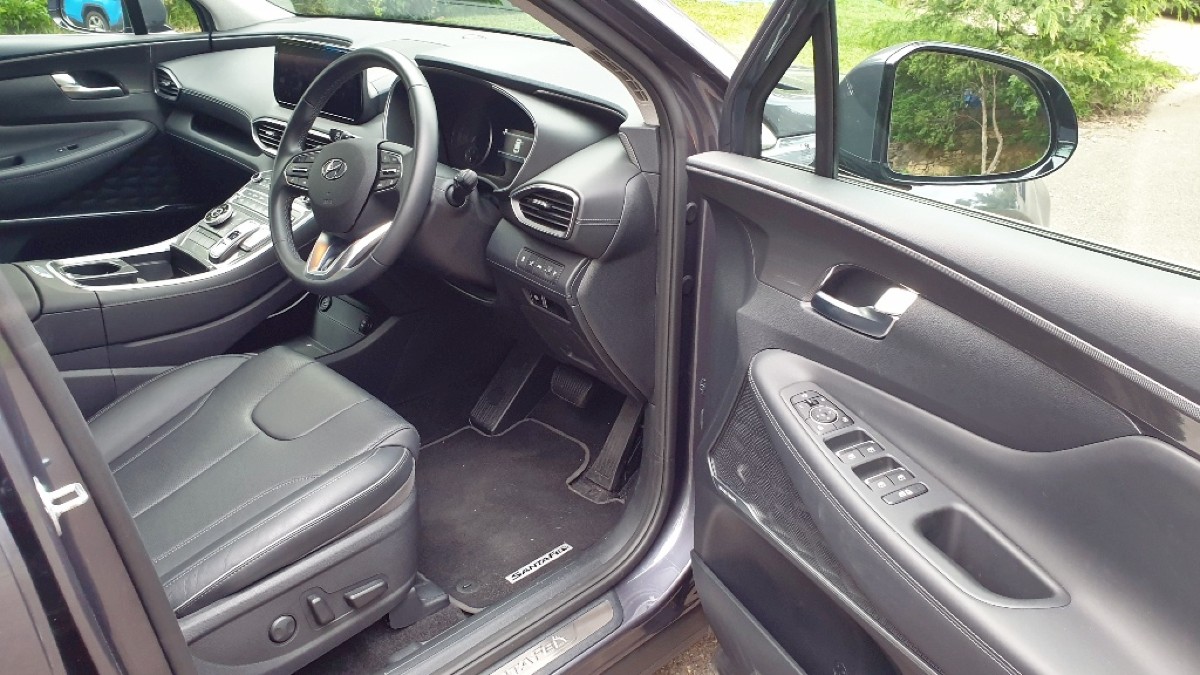 The modular platform sees overall length stay at 4785mm with width up slightly to 1900mm.

The diesel found here is familiar to anyone that has driven a Hyundai or Kia in the last decade or so.

The actual capacity is 2.15 litres, with a new alloy block, but Hyundai has stayed with the 2.2-litre nomenclature.

It puts out 148kW and 440Nm with power to all four wheels via an eight speed wet dual clutch auto.

Irrespective, it’s typical diesel with that usual lack of go go go as the turbo spools up, then jackhammers the 1950kg Elite forward.

The wet clutch DCT is a marked improvement over the twin-plate dry version, with crisper shifting, a lessening of the delay in moving from Reverse to Drive and a definite sense of better throttle response.

It makes overtaking in any form a flex of the right ankle away and it’s rapid enough to get from legal speeds to just the high side of the legal limit in a few seconds.

Ride in the Elite is as good as you’ll get in a sub-$70K large SUV.

Considering it rolls on good looking 20 inch alloys, shod with the tyre of preference, Continental Premium Contact 6 at 255/45, Hyundai engineers have outdone themselves yet again.

Absorption, damping, and rebound are all beautifully controlled, and on corners at speed, there’s the briefest blip to the steering as the Elite tracks straight and true. 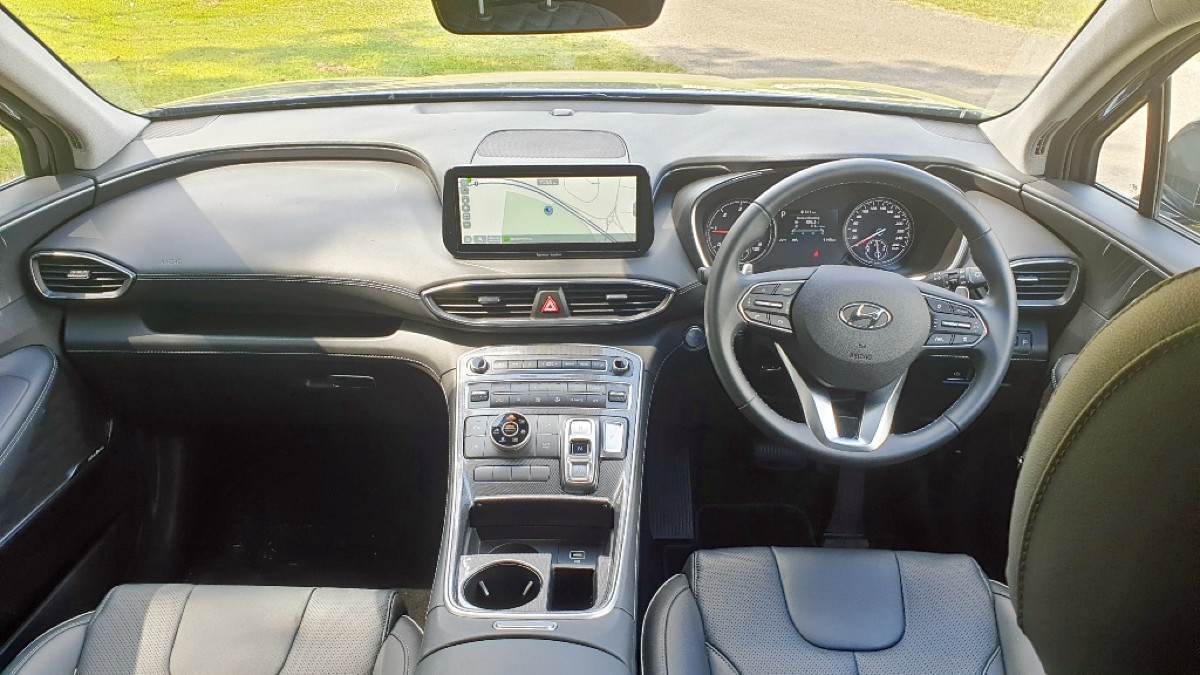 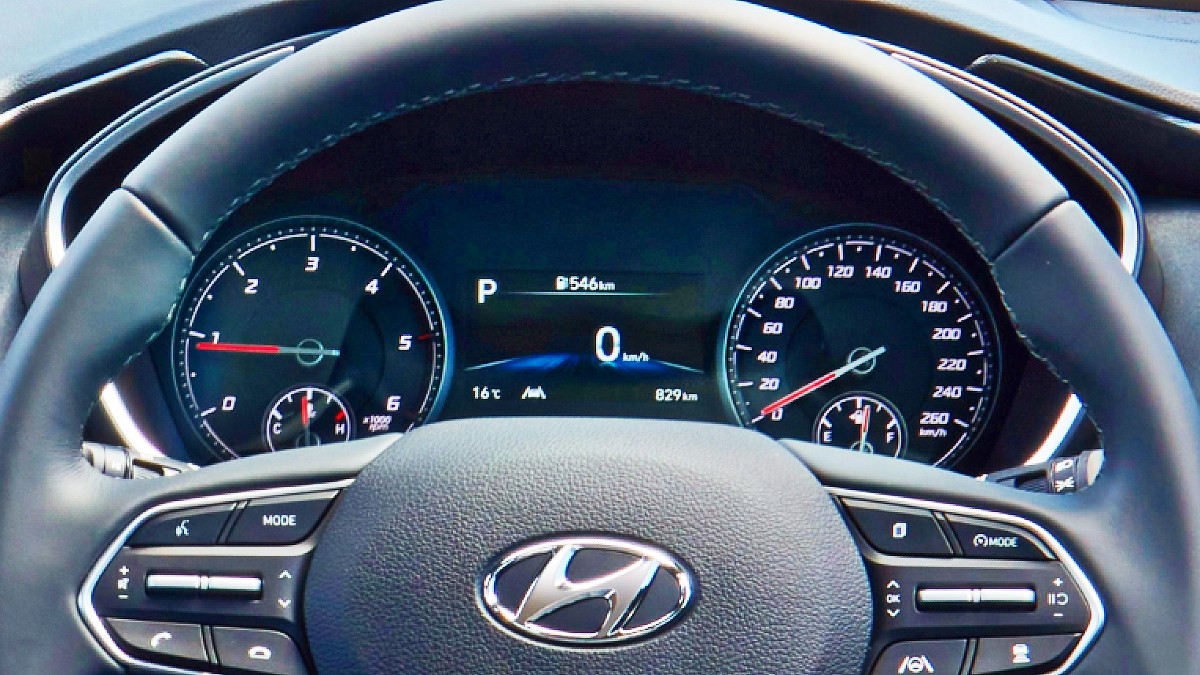 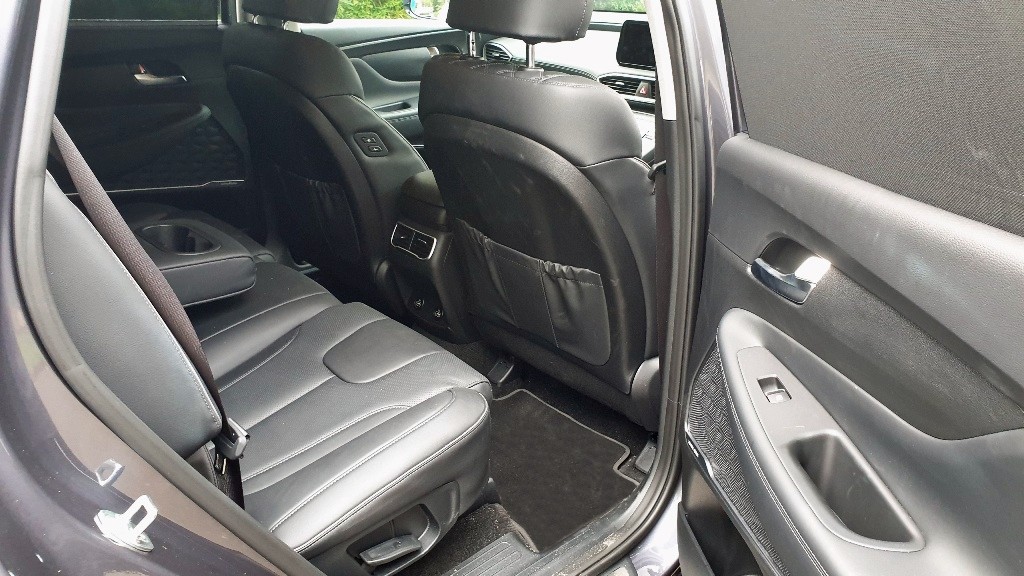 Santa Fe, and sibling Sorento at Kia, continue to do very well in their segments.

Roomy, good looking, easy to to drive and not indecently priced, it puts the Santa Fe front and centre in the minds of buyers. 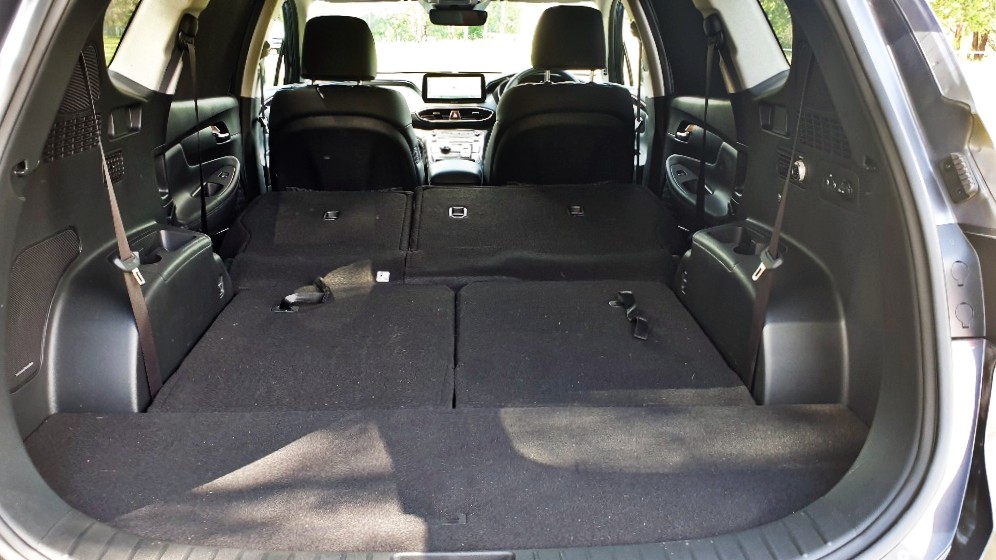