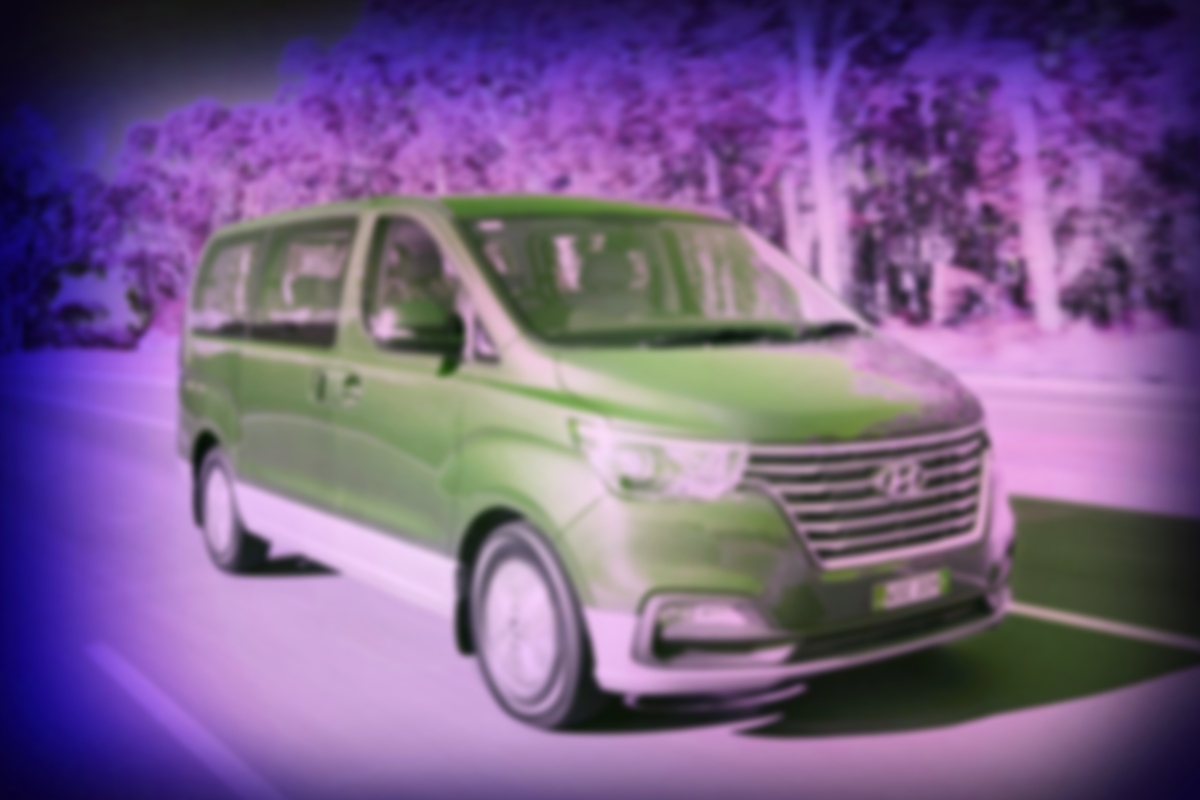 Hyundai iMax: Boxes above its weight 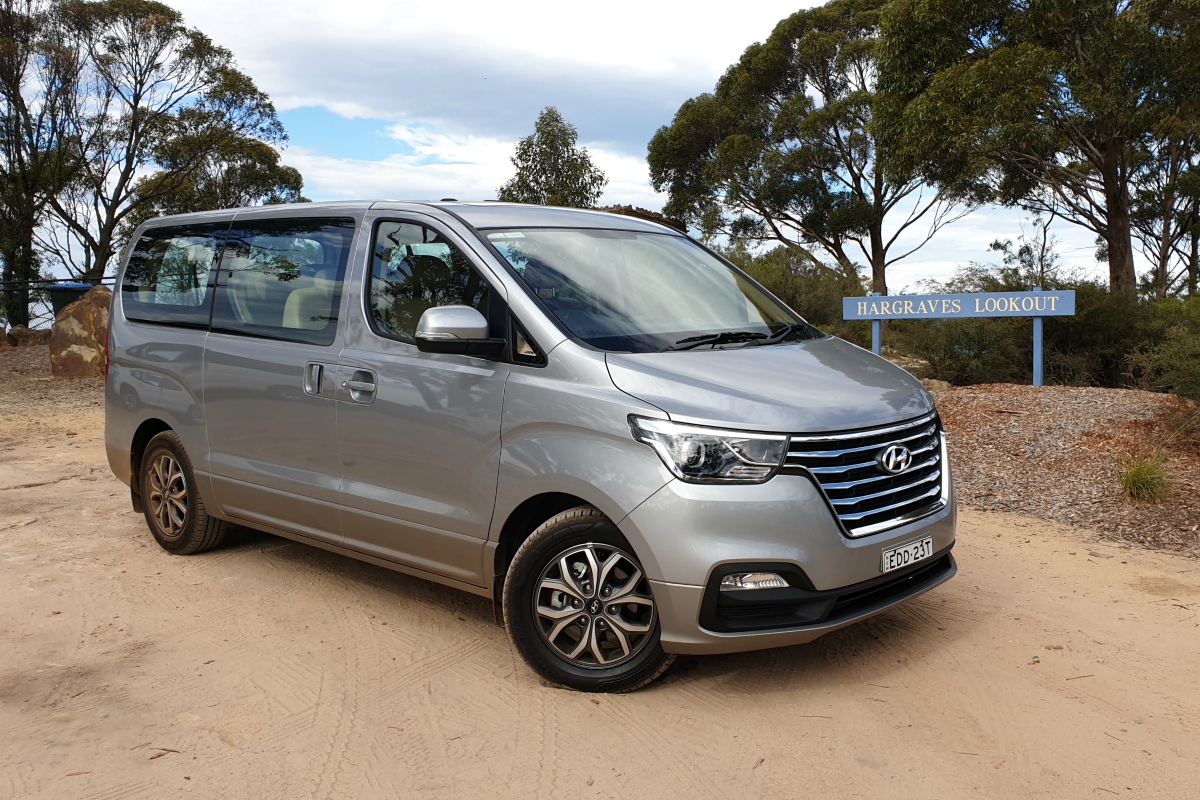 Occasionally a car manufacturer does something a little different and to good effect.

It’s a great thing to see because it suddenly refocuses buyer attention on an alternative they may not have considered.

Available in Active or Elite grades, it comes as a diesel only, an auto only, and seats eight, with a choice of four colours.

We copped the iMax Elite in two-tone in Hyper Metallic — some might call it silver. 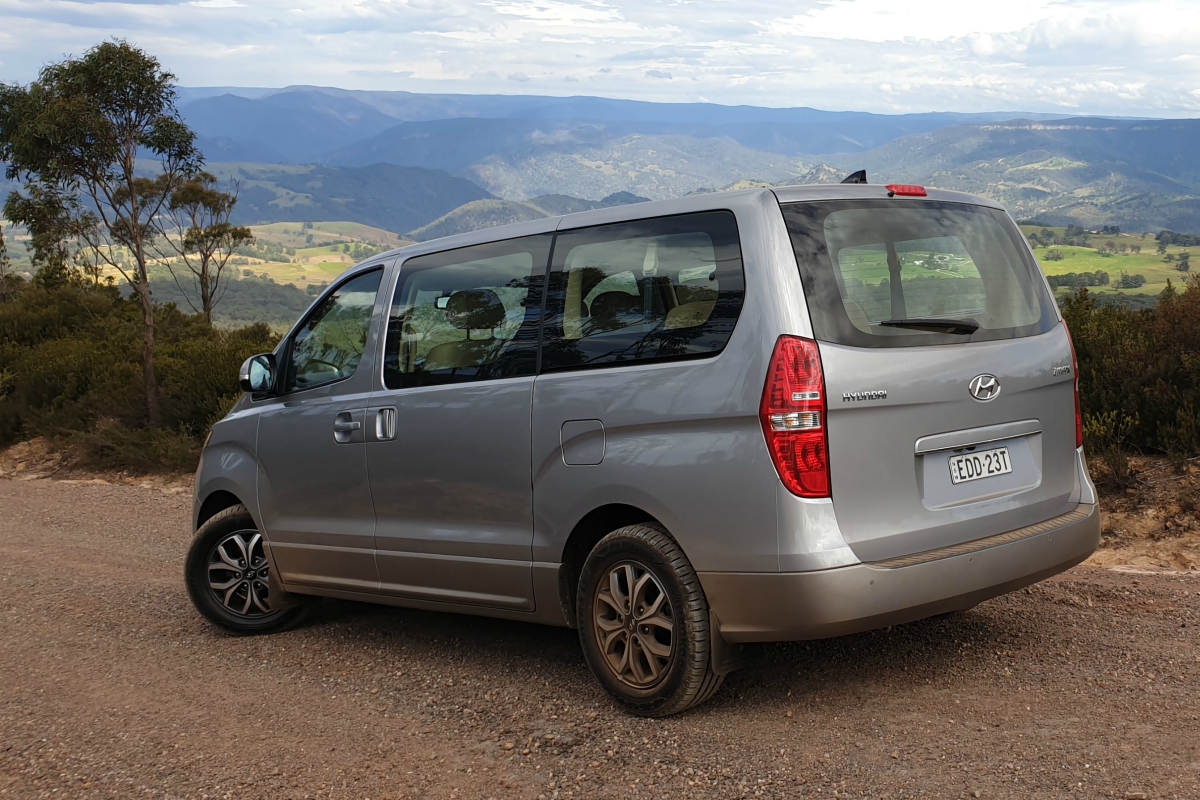 Inside, our review vehicle was trimmed in beige leather, with black carpet and a plastic interior.

All eight seats (2+3+3) are leather clad, and the front pews come with venting and heating.

Above all three rows is a pair of sunroofs.

Rear aircon controls up front mirror those for the front seats.

And, it’s in this area that the iMax Elite wins hearts, turning a commercial vehicle into something more family oriented.

The second and third row seats offer plenty of leg, head, and shoulder room. No surprises there.

The centre row has manual slide and tilt adjustment. No surprises there either. This allows easy access to the third row.

Back up front though, the driver’s instrument panel remains pure iLoad. Surprisingly, no attempt has been made to tizzy it up to make it look more, well, family.

There’s not even a coloured overlay/insert to make it stand out. It’s a real shame, given the otherwise classy trim and console look.

There are a couple of other touches that betray the iMax’s van origins.

The upper dash has an open storage receptacle. There is no slot for a mobile phone. There is a pair of cup holders that pull out from the lower centre console, and a small 12V/USB section.

Audio is AM/FM, with no DAB option.

Outside, aside from the silver, it’s pure van, with two wide opening front doors and two, side sliding doors that don’t have power assistance, with a manually operated tailgate that opens to a cargo section behind the third row seats.

Safety is rated at four stars and again reflects the van basics.

Front sear occupants get front and side airbags, but there’s no side/curtain ‘bags for the other two rows. That’s largely it.

There are auto headlights, however the wipers could use a better water jets. 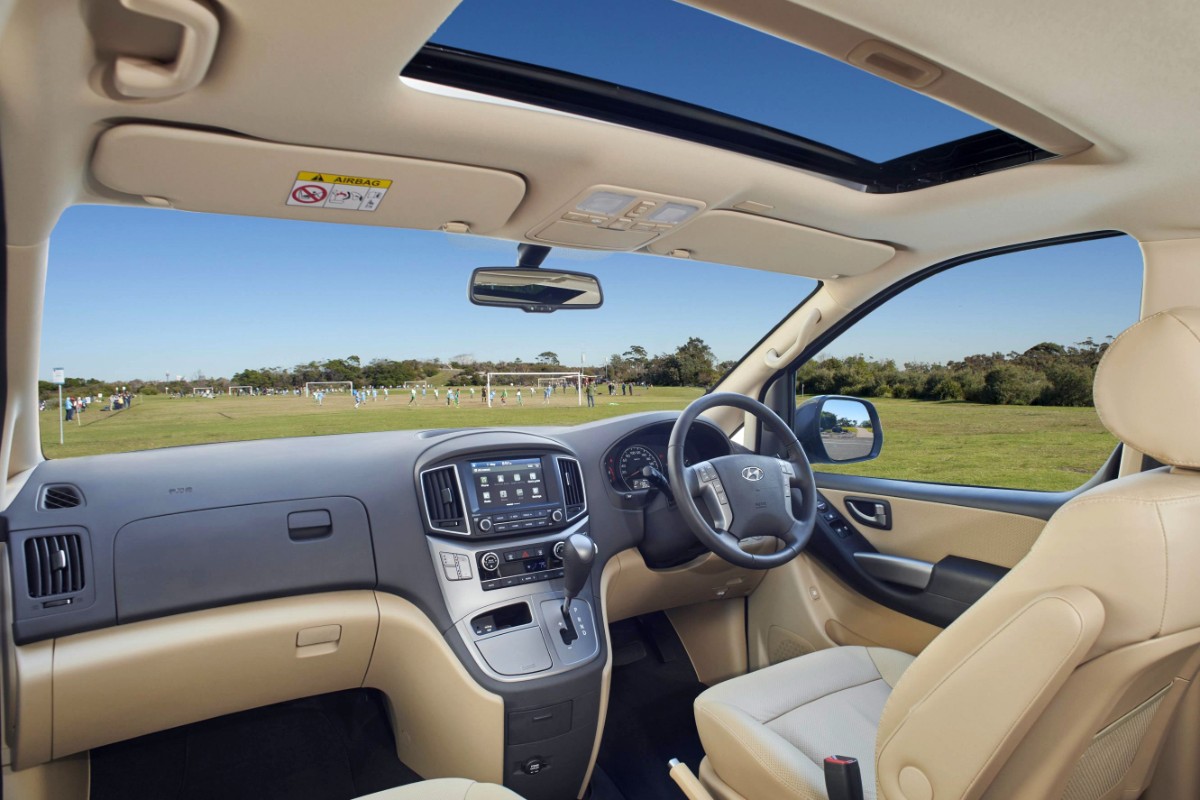 It goes verra noycely, thank you.

The donk is a willing 2.5-litre turbo diesel, with an old school five-cog auto.

Old school in that there are only five ratios. Otherwise it’s as slippery smooth as you could ask for and matches the engine’s torque and power delivery perfectly.

But there’s oodles of torque below 2000 rpm and it makes the iMax a lazy drive.

The gear selector is mounted  high on the centre of the dash and although there is the ubiquitous Sport mode — ignore it. iMax performs well enough without it.

We averaged 8.2L/100km on a mainly urban pedal, which considering a starting weight just shy of 2.2 tonnes — is not bad.

Sn extra cog or three however would do a bit to lower that consumption.

Ignition is “old school”. Insert the key and twist. There’s a quiet whirr, and a thrum as the diesel spins into life.

That’s as as loud as it gets. The engine bay and refinement of this engine combine to make it an almost inaudible experience in all driving situations.

We took the iMax Elite on a socially acceptable drive to a lookout that provides spectacular views south into the huge Megalong Valley in the Blue Mountains.

It’s a mostly tarmac drive once you leave the highway and head towards the lookout, but there is a couple of kilometres worth of gravel.

This tested grip levels of the rubber and the handling prowess of the iMax. And, with a slightly heavy steering feel, coupled with a softish but competent suspension setup, the iMax Elite stepped up and out of its comfort zone — and shone.

It certainly impressed a couple of locals who were taking their humans for a ride. 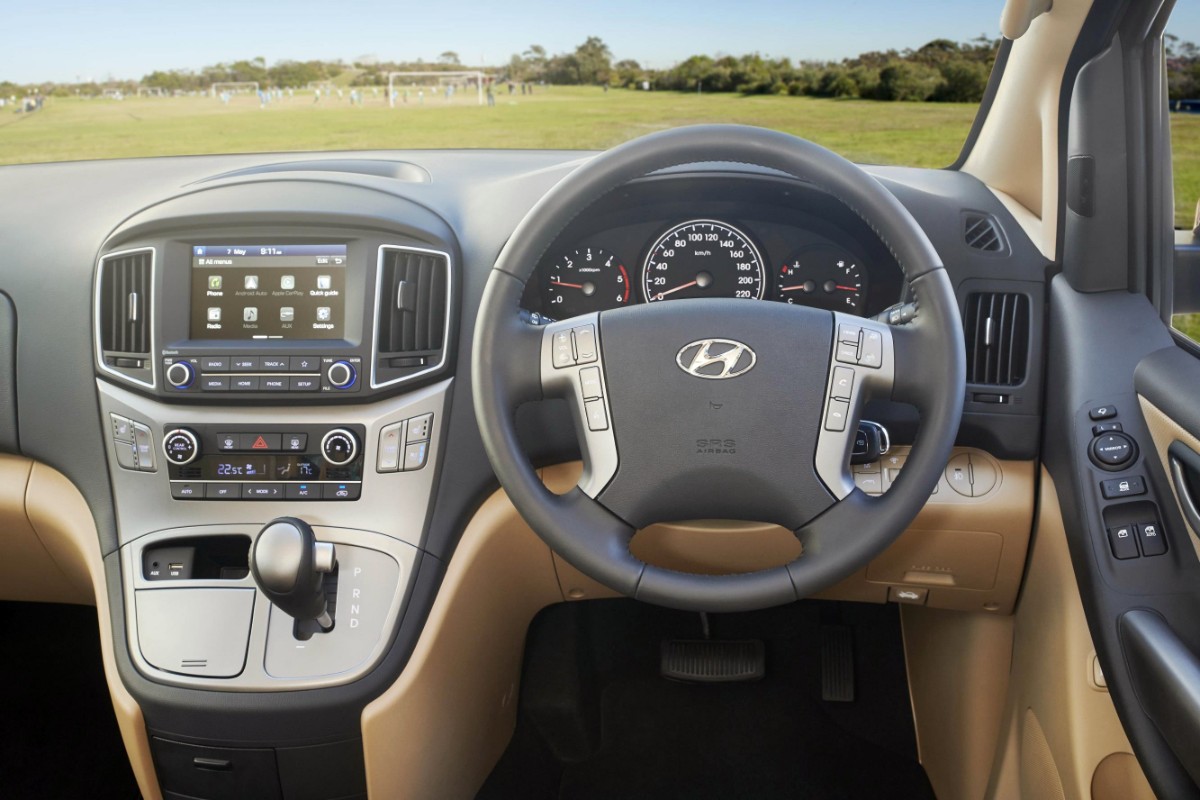 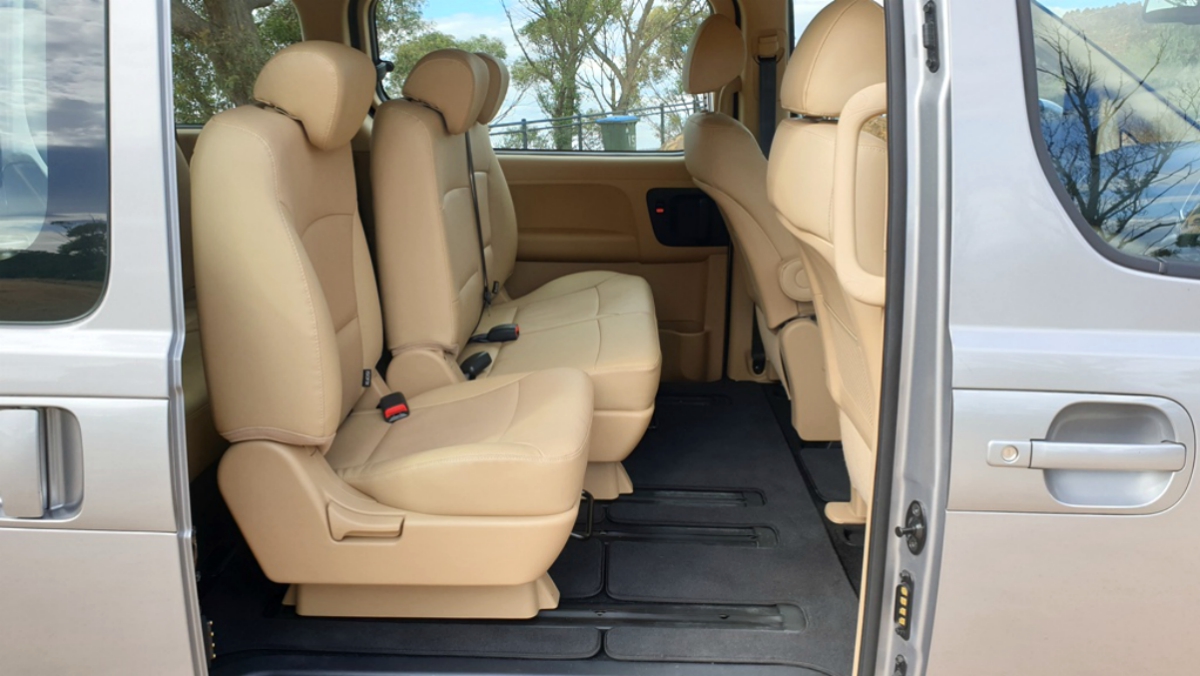 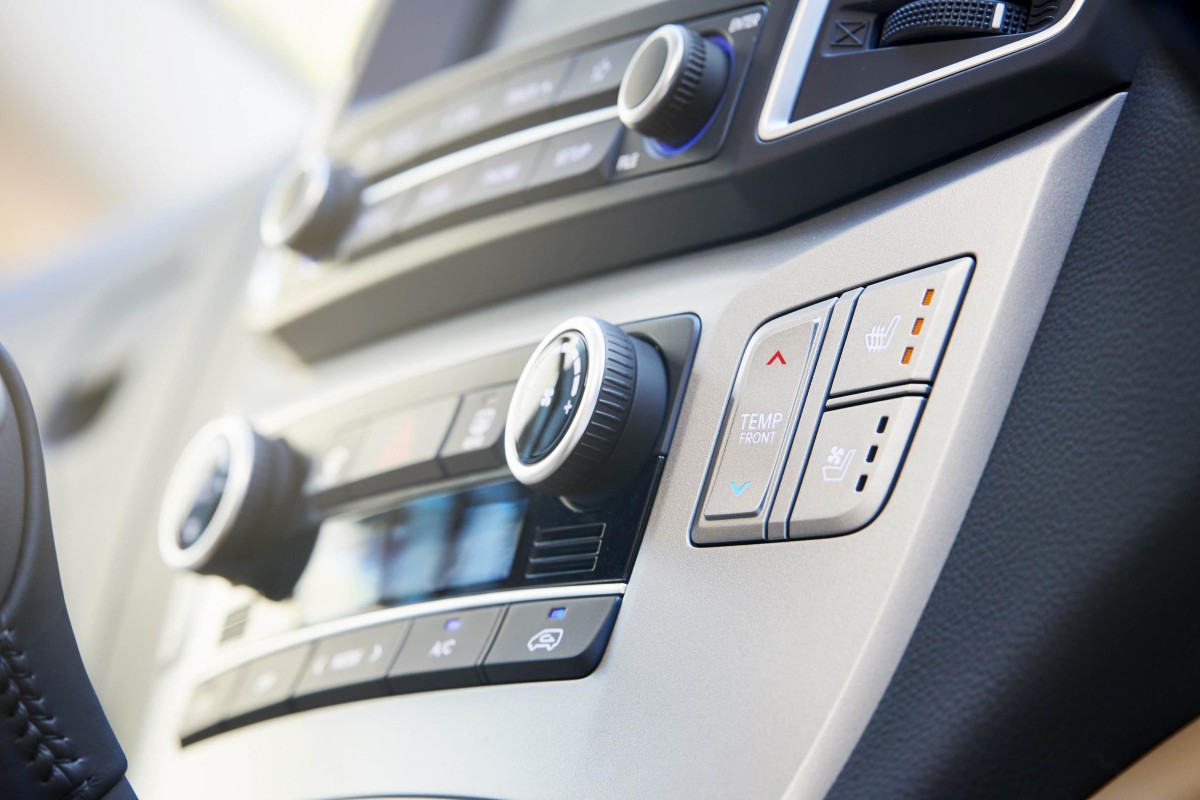 While iMax is a let down in some, family oriented areas, it’s still a viable alternative to an SUV if you’re looking for family transportation.

Its van origins are somewhat but not completely minimised by the use of metallic paint. Black and Blue are the other options, along with Creamy White.

But basically it’s a box on wheels and there’s not much else that can be done to disguise this fact.

iMax is priced well though, compared to dedicated people movers of the same size and certainly wins when it comes to interior space.

As a family car it’s up there in theory, but the lack of airbags from the front seats back isn’t very family friendly and few people buy cars with leather seats who have small children with chocolate covered fingers. 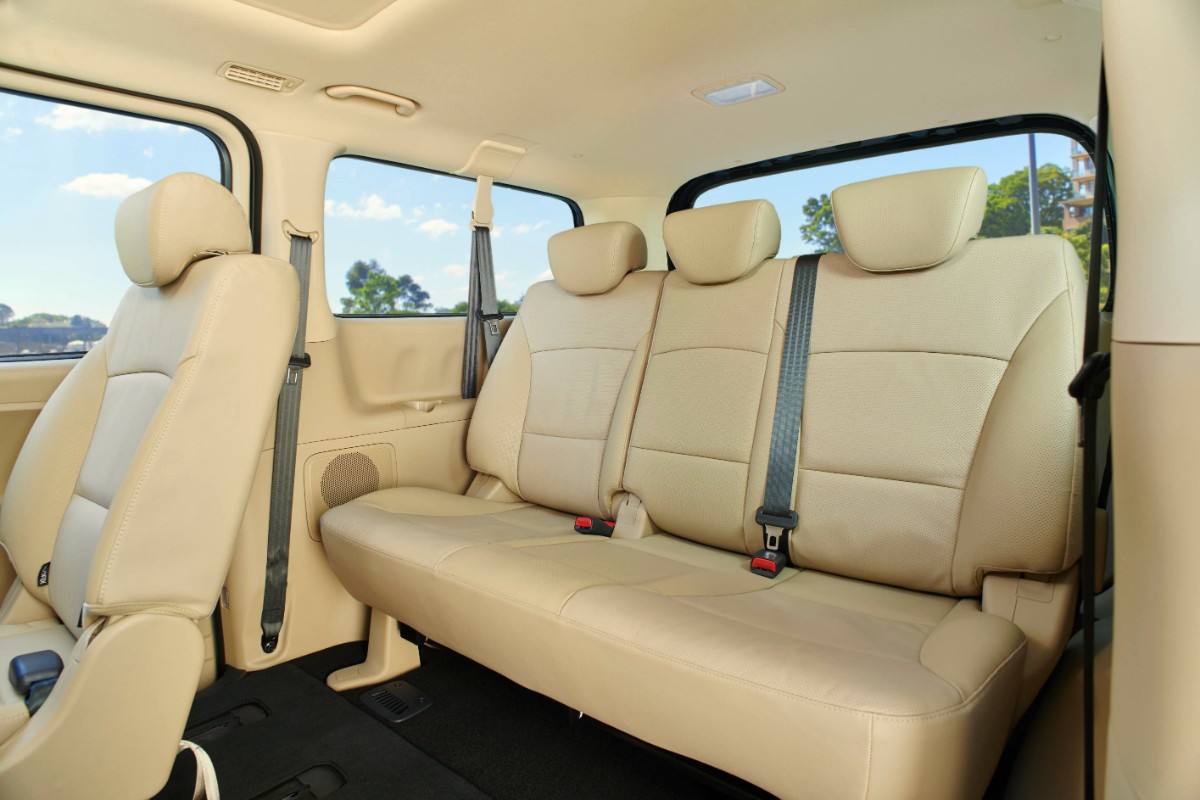 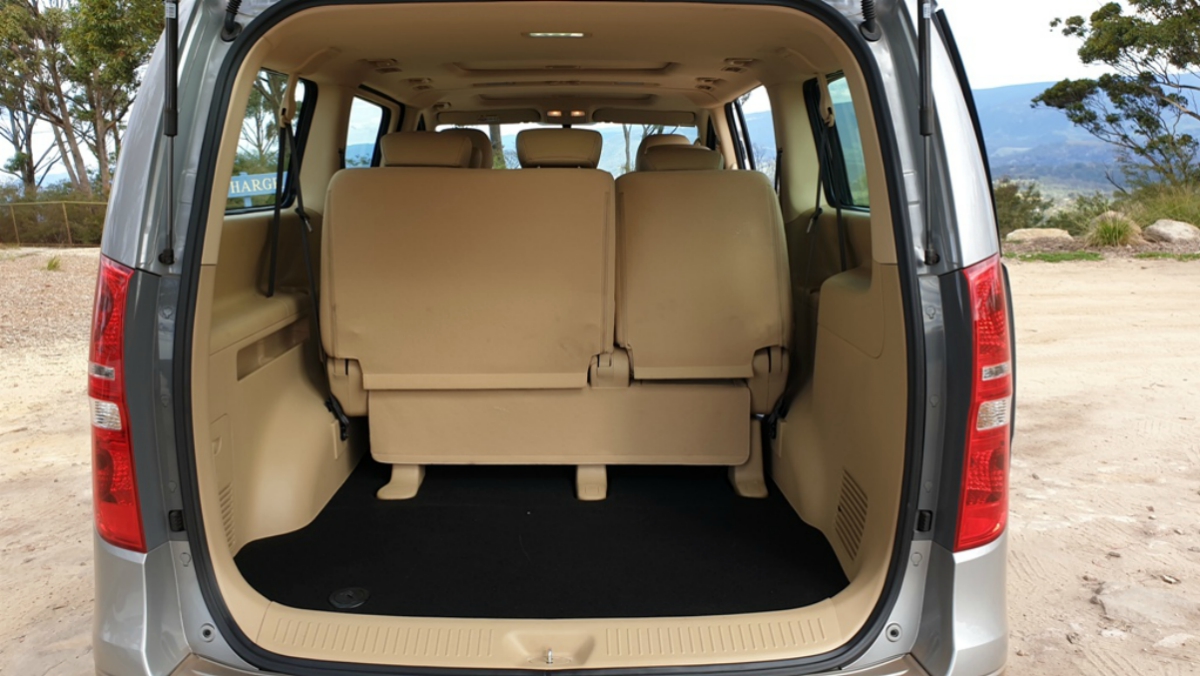 Check out deals on the Hyundai iMax