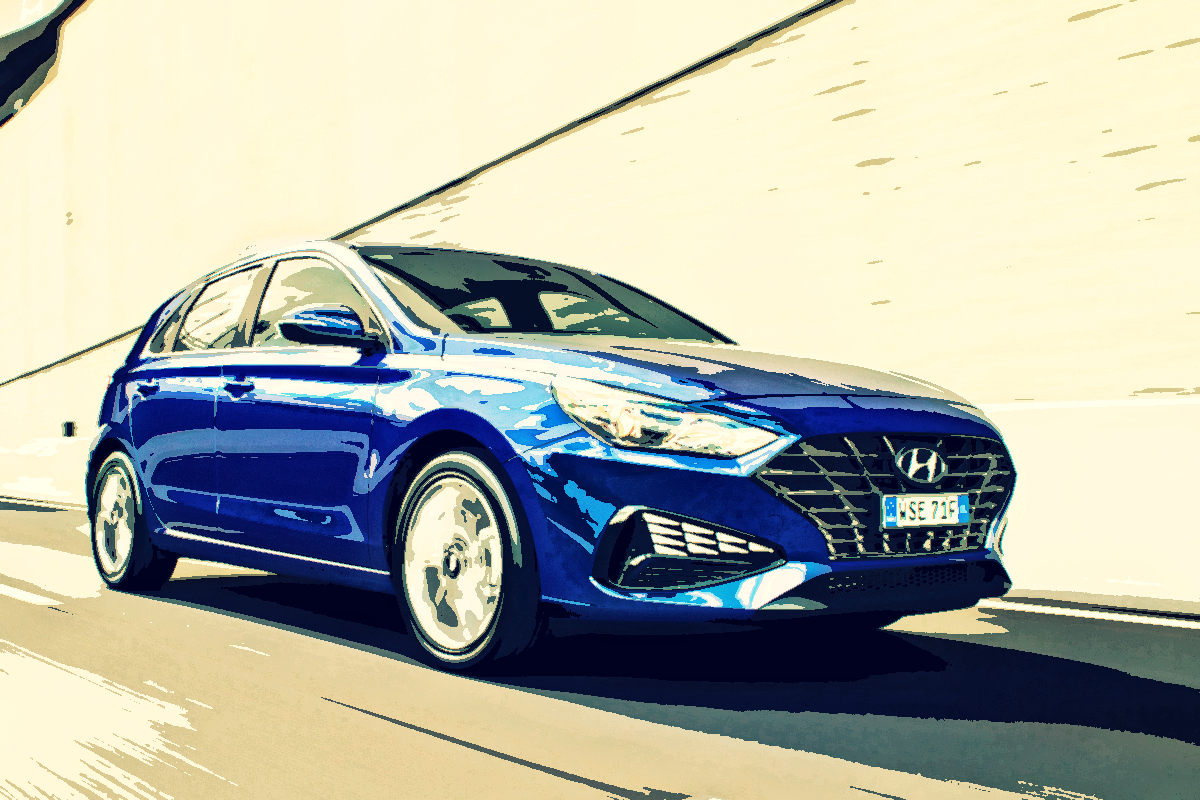 Home
Test drive
Hyundai i30: Anything but outstanding 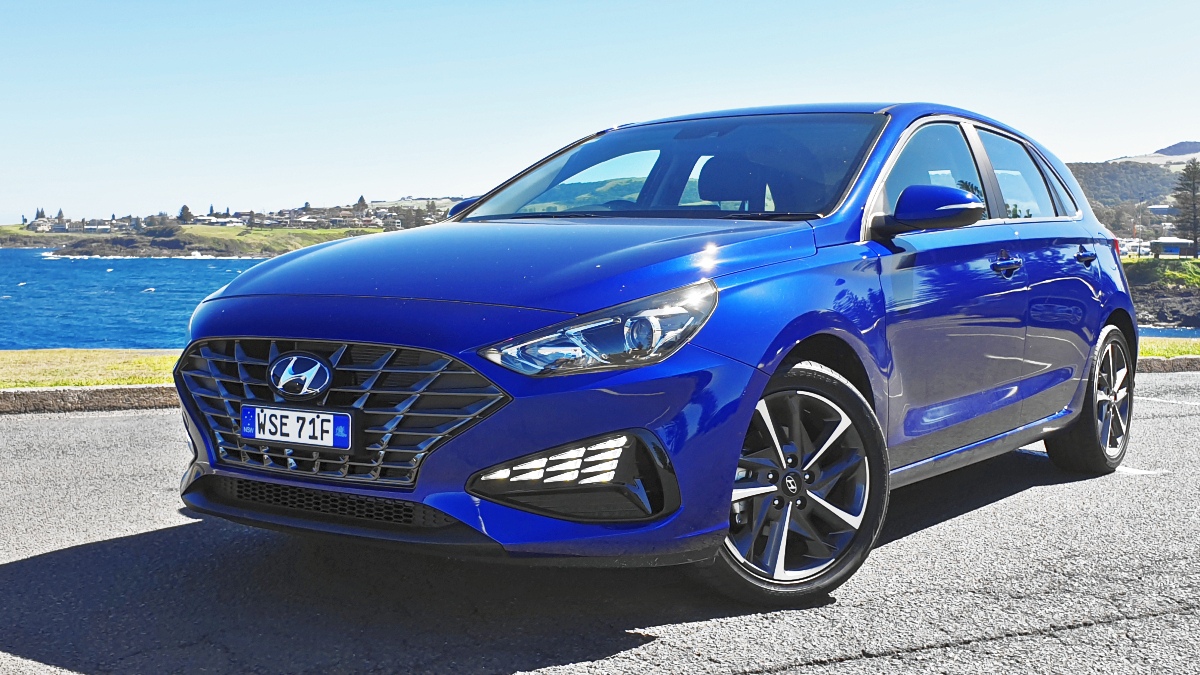 Facelifts come in various ways in the auto industry.

There’s the almost invisible, to mild, to a complete makeover.

Hyundai’s i30 had one in late 2020 and it’s closer to mild than invisible.

Now available in hatch and sedan (the latter replaced the venerable Elantra), the i30 is better as a five-door hatch that does what it does well enough.

There’s even a rorty, turbocharged version under their N-Line banner, but it’s the bread and butter i30 Active and Elite that make up the bulk of sales. 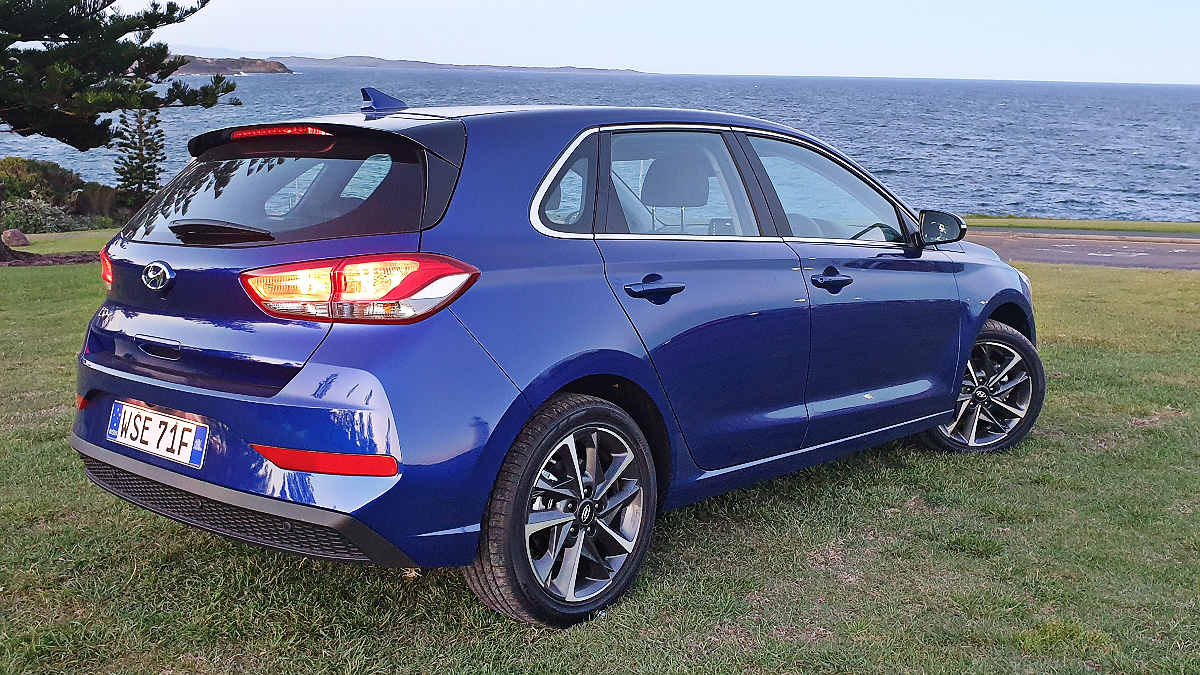 The Elite as tested is powered by a familiar combination of 2.0-litre petrol driving an auto.

Those figures are driveaway. Bear in mind, though, there’s still no hybrid version of the i30. You need to look at the separate Ioniq for that.

Effectively positioned at the top of the “normal” i30 range, there’s no holding back on equipment. Mostly.

They’re perforated, but neither vented nor heated — a very curious positioning decision.

Audio is DAB equipped, however Hyundai’s supplier isn’t up to the task as their tuners are more prone to dropout than others.

Piano black surrounds the touchscreen and the bulk of the climate control buttons and dials.

The touchscreen is a hefty 10.25 inches in size, but it’s not as intuitive to use as it could be.

For example, to store a radio station in many other cars it’s a matter of pressing and holding a tab on the screen. In the i30 this doesn’t work.

Although ultimately simple, accomplished by pressing a star, if it isn’t pressed quickly enough, it defaults back to the previously selected station.

And, again, not intuitive when holding a tab puts the stored station where you want it — not where the next available opening is.

I30 Elite’s driver’s display is a mix of digital and analogue.

The centre section is fully digital and changeable in look depending on drive mode selected.

The rev counter is a curved strip, rather than circular and placed to the left. On the right is the fuel and engine temperature gauges.

All windows are one-touch, open and close.

The rear hatch opens to a sizeable cargo space of 395 litres and tips its hat at 1301 litres with the rear seats folded.

The spare is a full sizer.

The wipers are rain sensing, headlights dusk sensing, with Blind Spot Collision, Rear Cross Traffic Alert and Safe Exit warnings missing from the base i30 and Active.

Outside the main visual difference is a change from the almost vertical LED strips for indicators and driving lights, to a set of triangular lights which pinch inwards.

The grille has also changed and reflects more of the Genesis shield style than the previous i30.

The headlights have been subtly slimmed down to match.

Wheels are alloys and are charcoal painted and machined in a 10-spoke design.

Rubber is from Hankook’s Ventus Prime range and the package is 225/45/17 at each corner. 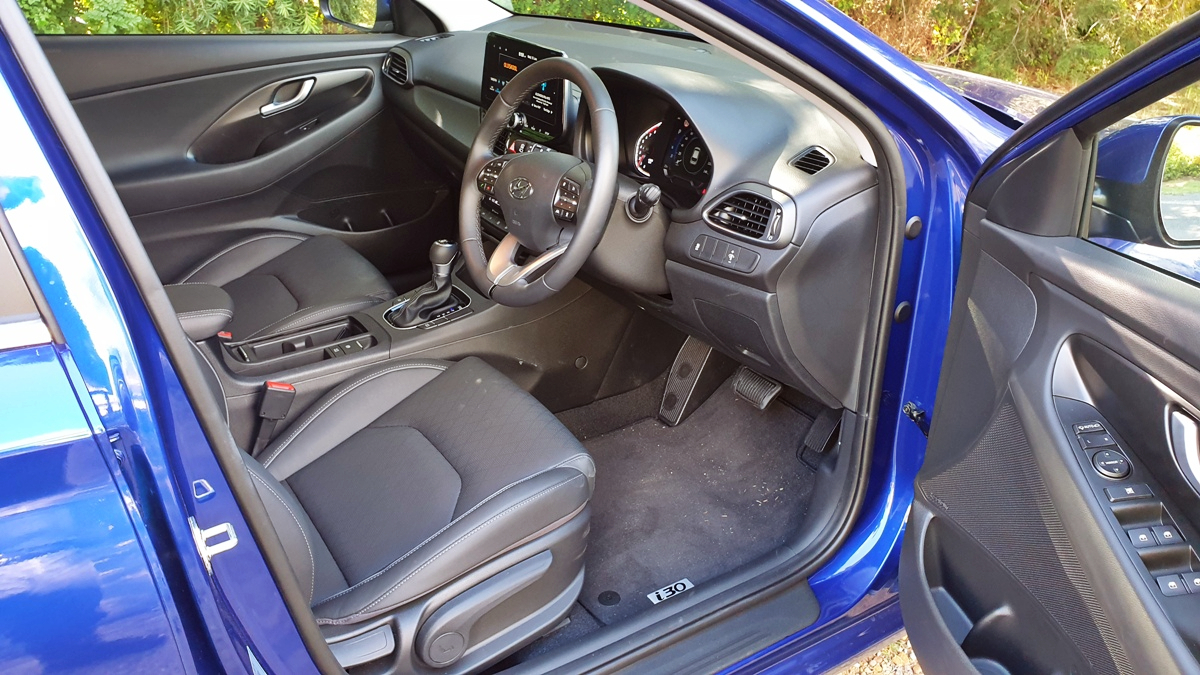 Unusually, there was a hiccup in the powertrain.

For those old enough to remember, it was akin to the timing being slightly out, or the carbies running just a touch lean.

There was a stuttering, a lack of smoothness in the way the engine fired, that made itself known mainly under acceleration.

Not painful, but noticeable enough to change our driving habits.

We whisked the i30 Elite away for an overnighter to Kiama, about a half-hour’s drive south of Wollongong, before venturing to the Jamberoo action park around 40 minutes inland from Kiama.

Both runs involved uphill drives and that stuttering was never enough to dramatically slow forward progress, but we did ease off quicker than we normally would.

On the flat, in cruise mode, the i30 Elite wafts along in relative quietness and displays perfect road manners.

Peak power and torque are standard numbers for the engine’s capacity, with the 2.0-litre engine offering 120kW and 203Nm.

Naturally, to see both, the engine needs to be north of 4000rpm.

Thankfully the torque converter auto makes decent work of the torque available below 4000 revs, and with six ratios spreads the load evenly.

It’s a smooth ‘box, and although it can be driven with Sports or Eco modes — it’s best left in Normal.

We saw a best of 6.0L/100km, a very good figure considering it was loaded with four passengers and a reasonable amount of boot space filled.

The handling is more or less neutral, with nothing outrageous standing out in either a positive or negative sense.

Hit a bump, it’s absorbed quickly. Turn the steering wheel, the front pulls around to where you think it should be.

It’s that unobtrusive attention to getting things done so they DON’T stand out that is why the i30 does stand out. 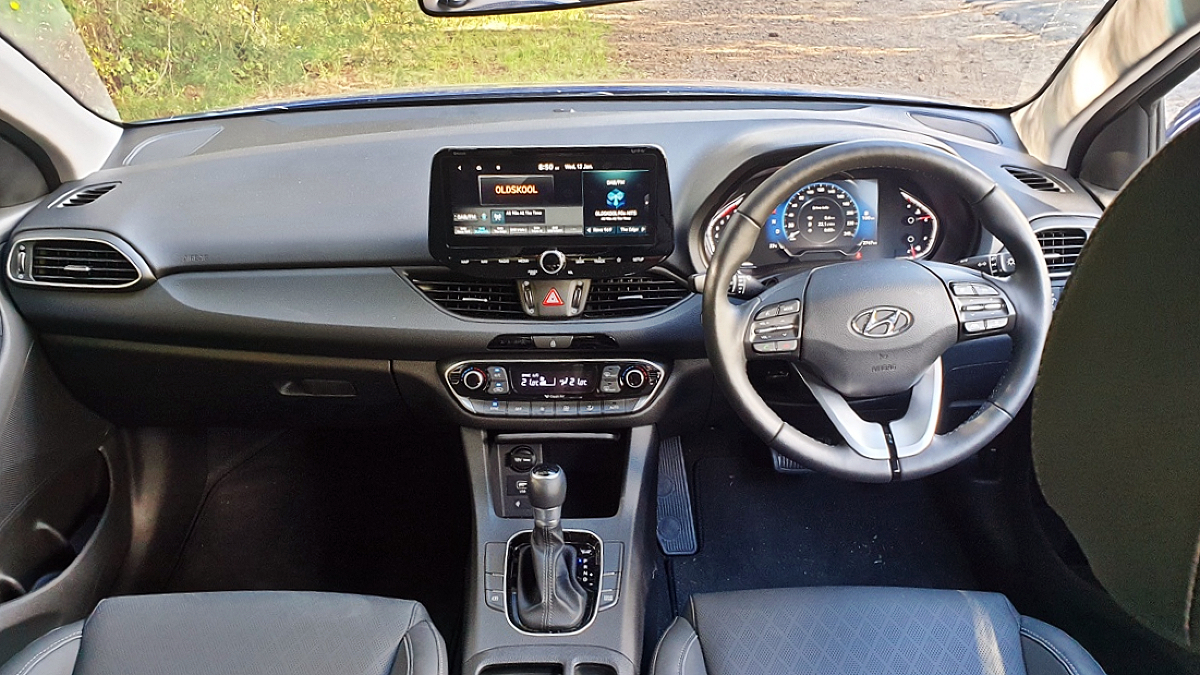 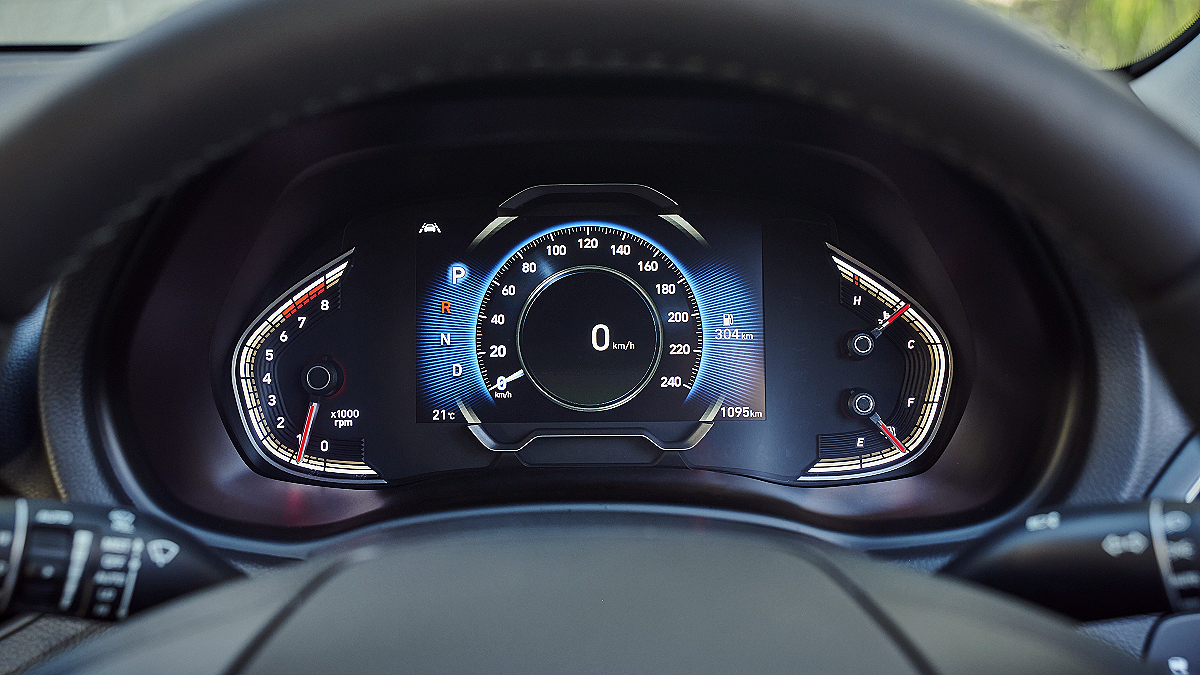 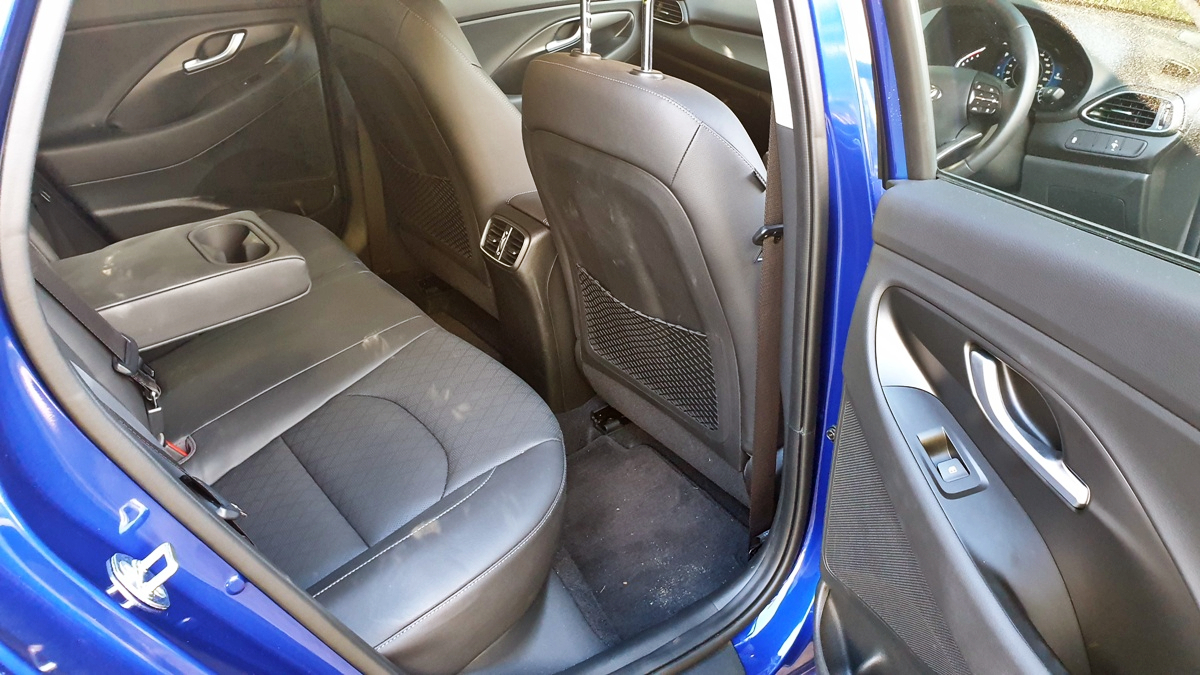 Gentle as you go updates for the i30 hatch continue to win buyers.

In its segment, it more than holds its own against the Corolla range, but there are some oddities.

Unlike Corolla, there’s no specific hybrid and, as a model that’s effectively a range topper, the lack of venting or heating, or even powered seats is an oversight.

And the DAB digital radio tuner is a genuine irritant — but as a driver’s car in Elite trim it’ll do nicely. 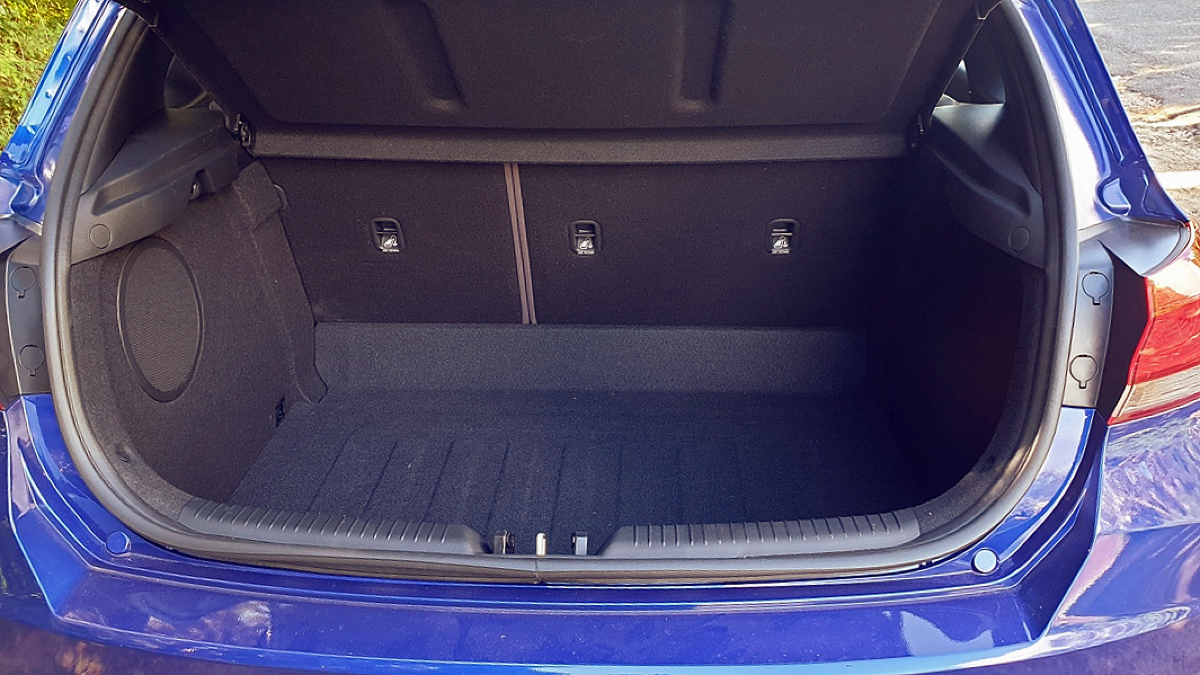 Check out deals on the Hyundai i30