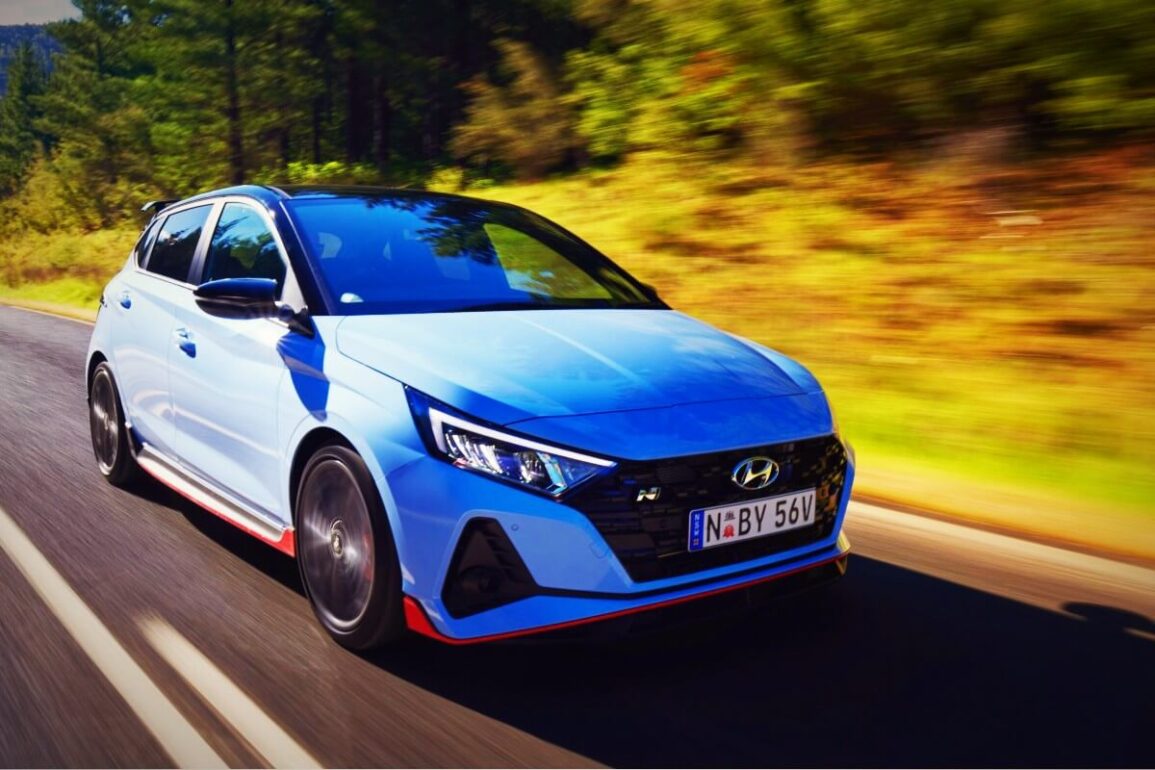 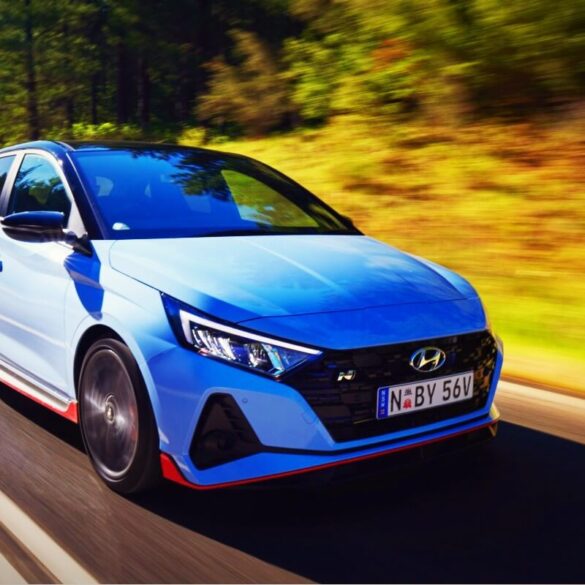 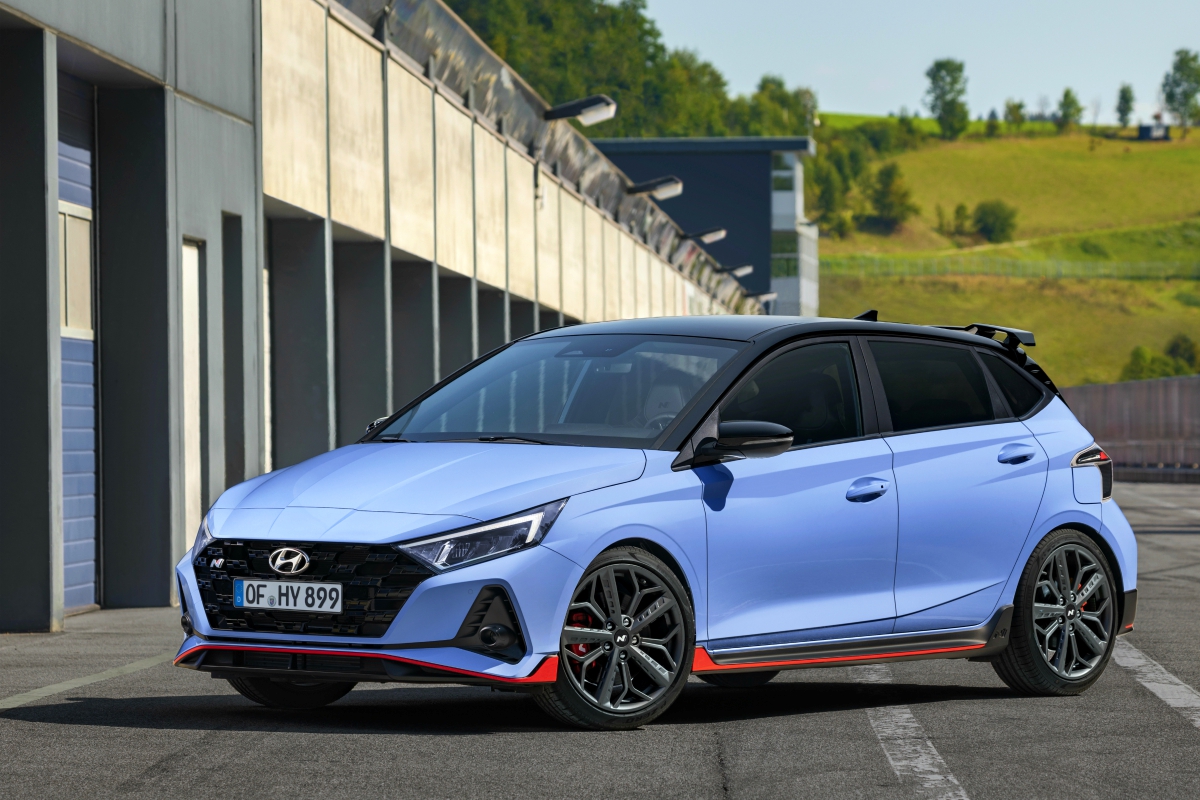 The i20 N is Hyundai’s first light hot hatch.

We are assured it can run with its N stablemates, “delivering its speed and performance with a fun personality that turns every trip into a Special Stage”, according to Hyundai.

(Note that ‘light’ or small in this case refers to the category of vehicles of which it is part).

At this stage i20 N is offered in a single grade.

We’ve queried the Australian importer about other grades, but were told that’s all they will divulge at this time.

In any case the single grade is well specified and the major emphasis is on high performance – which is exactly what lovers of hot cars are looking for. 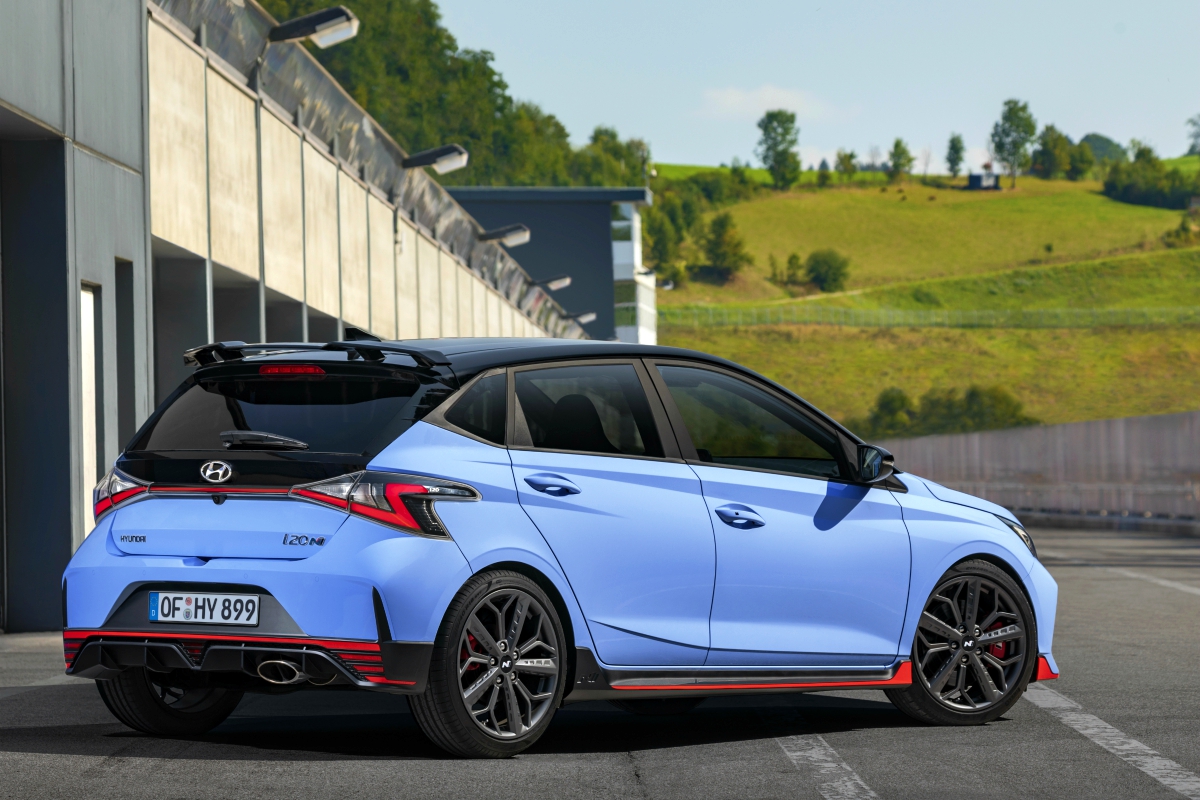 Priced from $32,490, the Hyundai i20 is a neat looking small car even in its standard format.

Changes to upgrade it to N status include a different grille inspired by the WRC models, a rear spoiler, built-in rear diffuser and a large single exhaust.

The lower areas are finished in red.

The 18-inch alloys are in grey matte with N-branded centre caps.

Important features include Launch Control, auto rev-matching for the manual transmission and a three-mode stability control system — as used in other Hyundai N cars.

By the way the ‘N’ designation indicates Hyundai’s Namyang Research and Development Centre in South Korea.

It also represents the famed Nurburgring in Germany where many cars are unofficially tested to their limit in a wide variety of road conditions.

Note the Nurburgring is a public road so if you happen to be in Germany you may care to have a fang there.

Just keep an eye on your mirrors in case something very quick suddenly come up behind you.

There are twin 10.25 inch displays, one for instruments, the other for the infotainment touchscreen.

The displays are excellent and can be read with a minimum of distraction for the driver.

As seems to happen all too often, the DAB+ digital radio drops out more often than not.

To the extent I found myself swearing, giving up and listening instead to the Bose seven-speaker sound system which produces decent sound.

More speakers would be welcome, but I guess this is a car built down to a relatively low price.

As we went to press the latest Hyundai i20 range hadn’t been crash tested by either ANCAP or Euro NCAP. 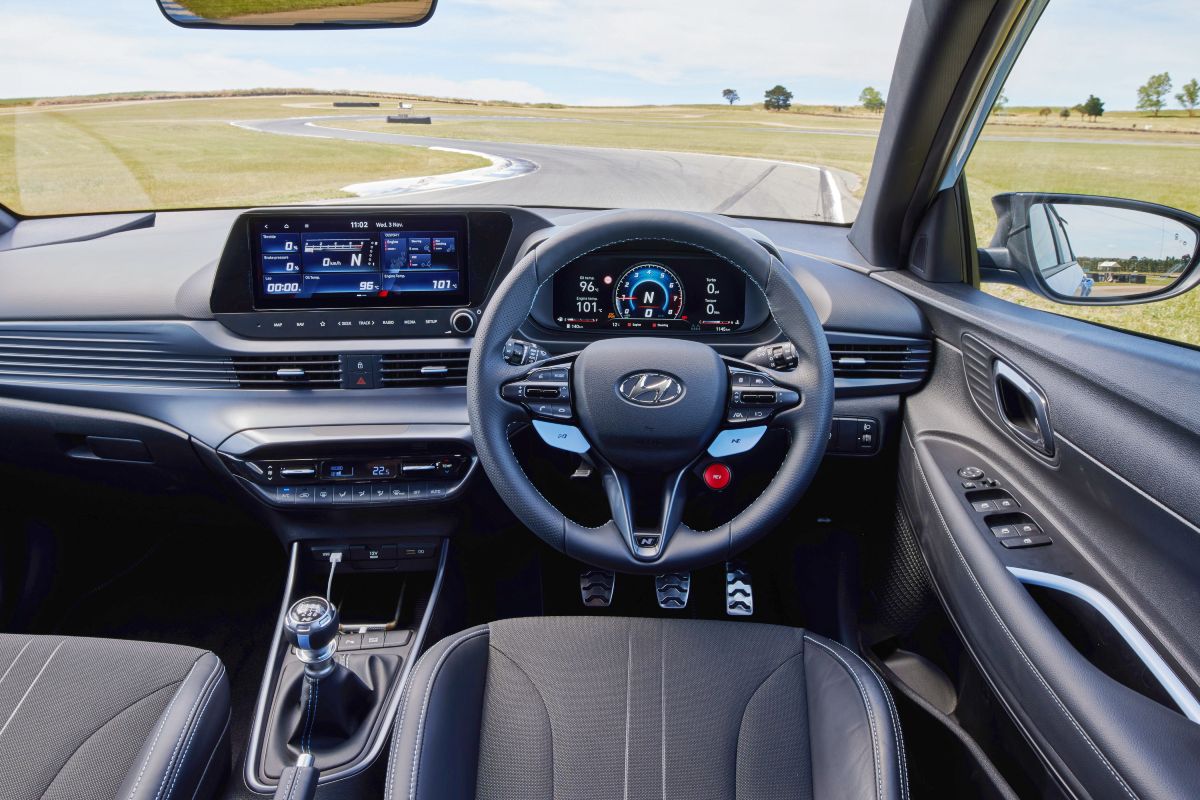 The Hyundai i20 N is powered by a 1.6-litre, four-cylinder, turbo-petrol engine.

An overboost function increases maximum torque to 304Nm under full throttle, between 2000 and 4000 rpm.

The only transmission available is a six-speed manual.

It powers the front wheels by way of a sporting Torsen mechanical limited-slip diff.

Upgrades to handle the extra power and torque of the ‘N’ include a reinforced clutch, improved friction materials and redesigned synchros.

Performance Blue highlights throughout the cabin make a statement.

The interior plastics and surfaces are rather hard to the touch, but keep in mind this isn’t a luxury car.

A variety of textures make it look a little more upmarket, with leather/cloth combination upholstery that’s of a reasonable quality.

Keep in mind that this is a budget priced car.

But may we suggest you check this for yourself when doing your checks on which car you’re considering buying.

A cubby under the centre stack is big enough to hold a large phone.

There are cupholders between the front seats and a small cubby under the front-centre armrest.

There are bottle holders in the front and rear doors.

It’s all about fun and plenty of it.

Though based on a standard city and suburban car, the guys and gals at Namyang and at Hyundai Australia have done an excellent job of giving
the i20 N genuine sporting flair.

The firmer ride and tyre noise on coarse-chip roads are certainly what you expect in a sporting car, which is fine for the driver but may not appeal to passengers — specially during long trips.

The six-speed manual is easy to use.

In our test car the clutch didn’t start to engage until the pedal was almost all the way up.

After a while this was no longer an irritation.

It doesn’t sound overly busy – even though it is.

And, if you’re lucky enough to be driving on unrestricted sections of German autobahnen, the engine is going to spend a lot of time at 6000 rpm.

Don’t know if that would be doing the fuel consumption at lot of good.

But who cares, smile and enjoy the ride.

The i20 N’s powertrain is Euro 6-certified and has fuel-saving idle stop/start technology.

The 2022 Hyundai i20 N is covered by a five-year, unlimited-kilometre warranty.

Servicing is required every 12 months or 10,000km, whichever comes first. 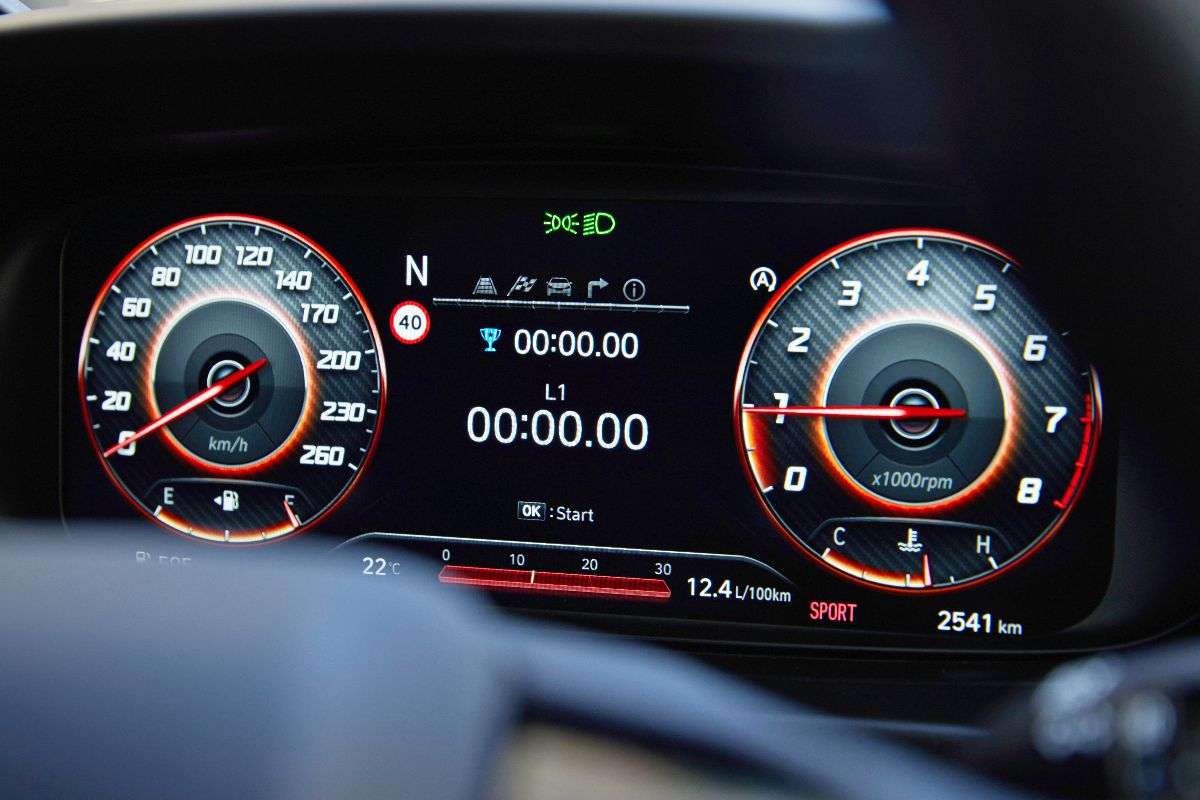 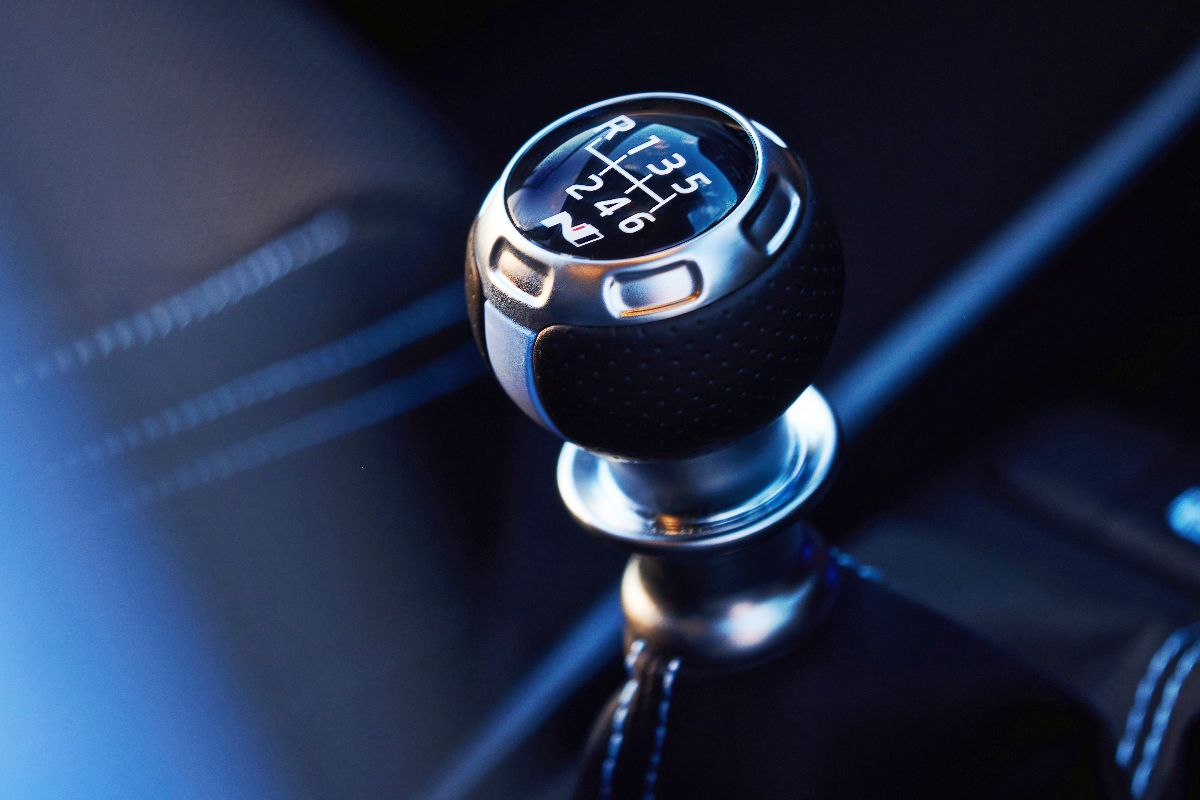 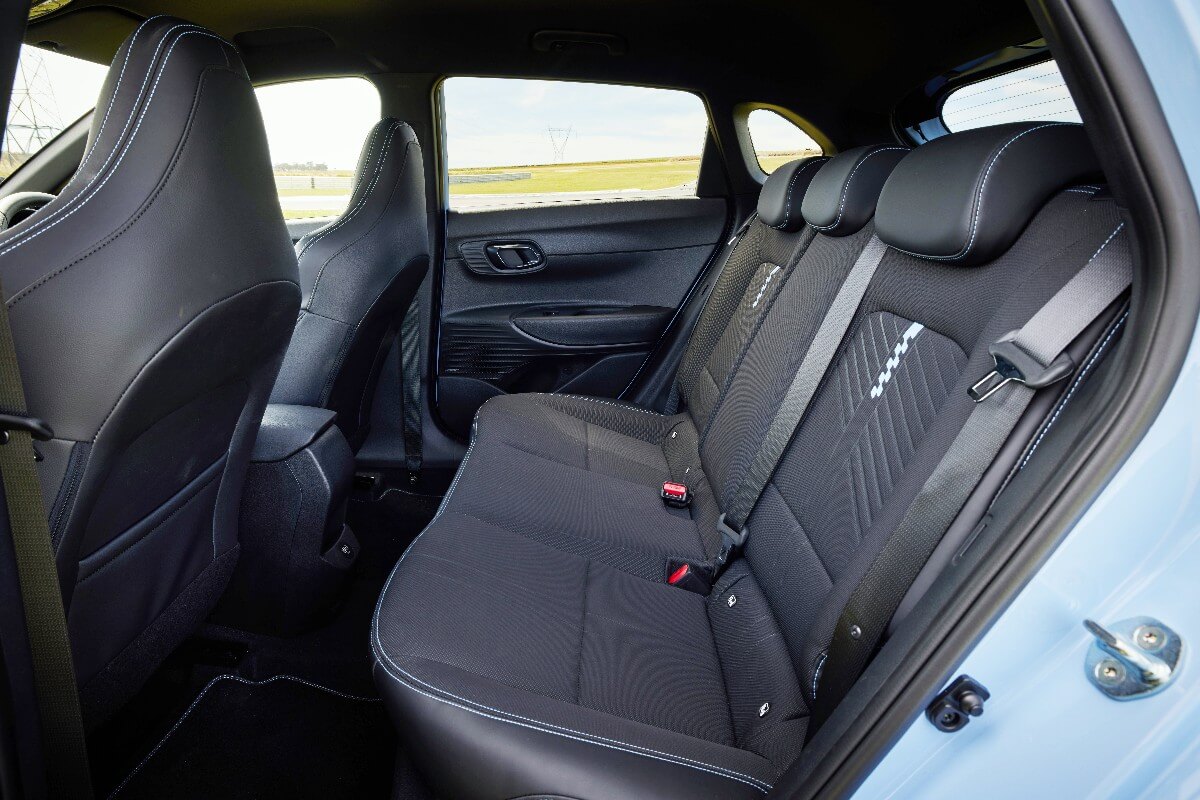 You get a lot of sporting driving in this highly modified Hyundai i20 N.

Those who need/want a family car with plenty of get up and go at a relatively modest price should certainly add it to their shopping list. 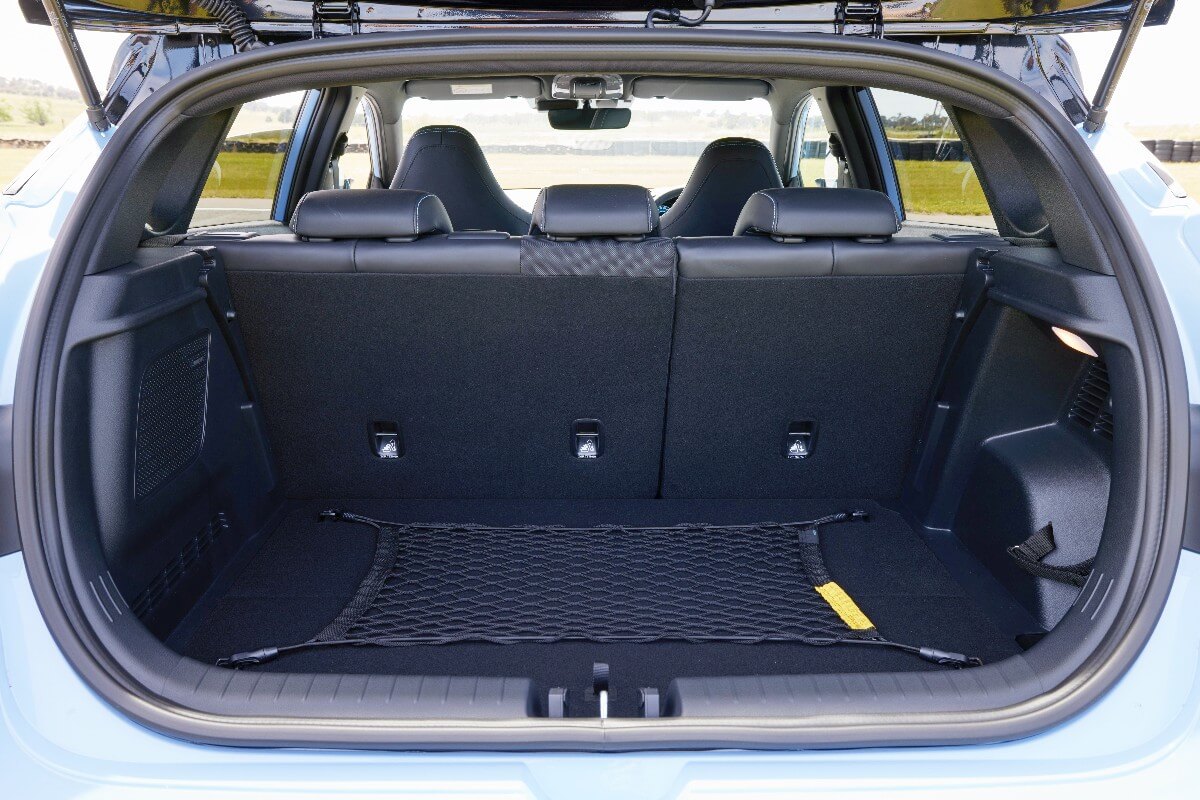 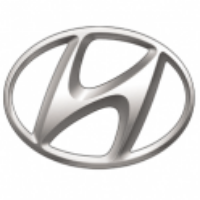 Check out deals on the Hyundai i20 N