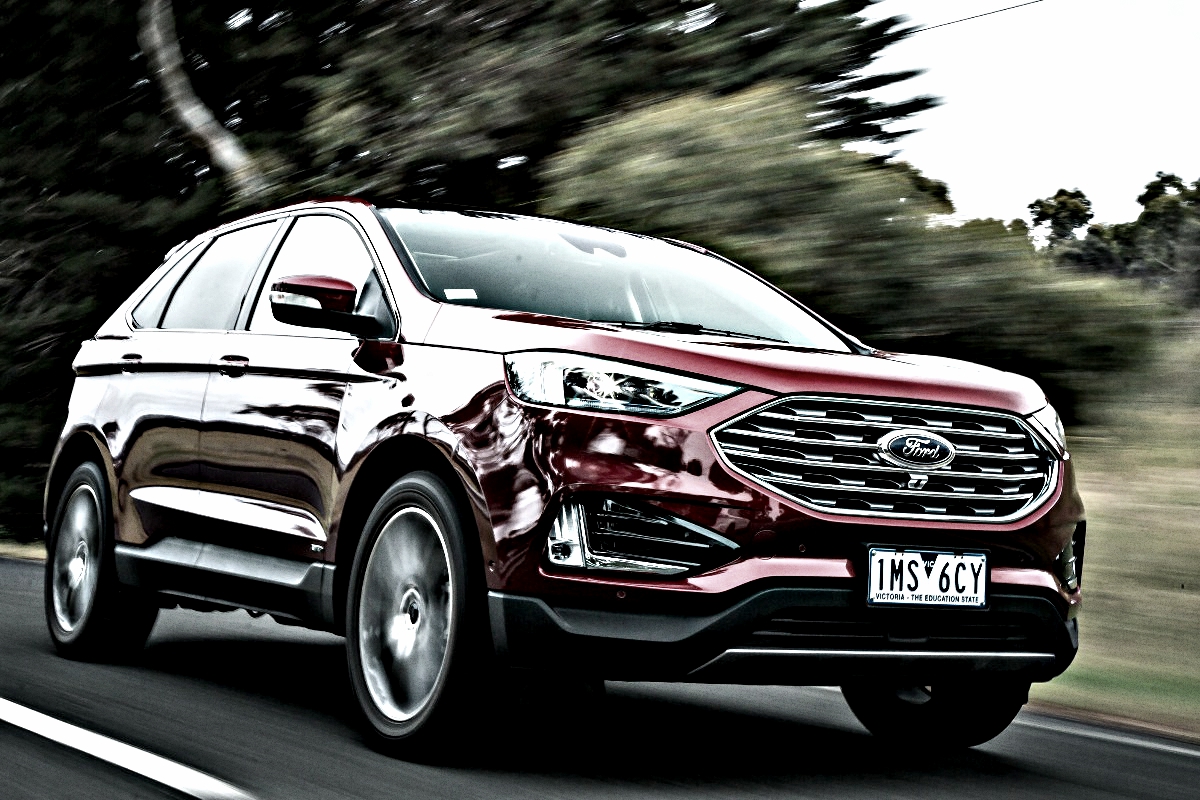 Ford Endura: Looking for an edge 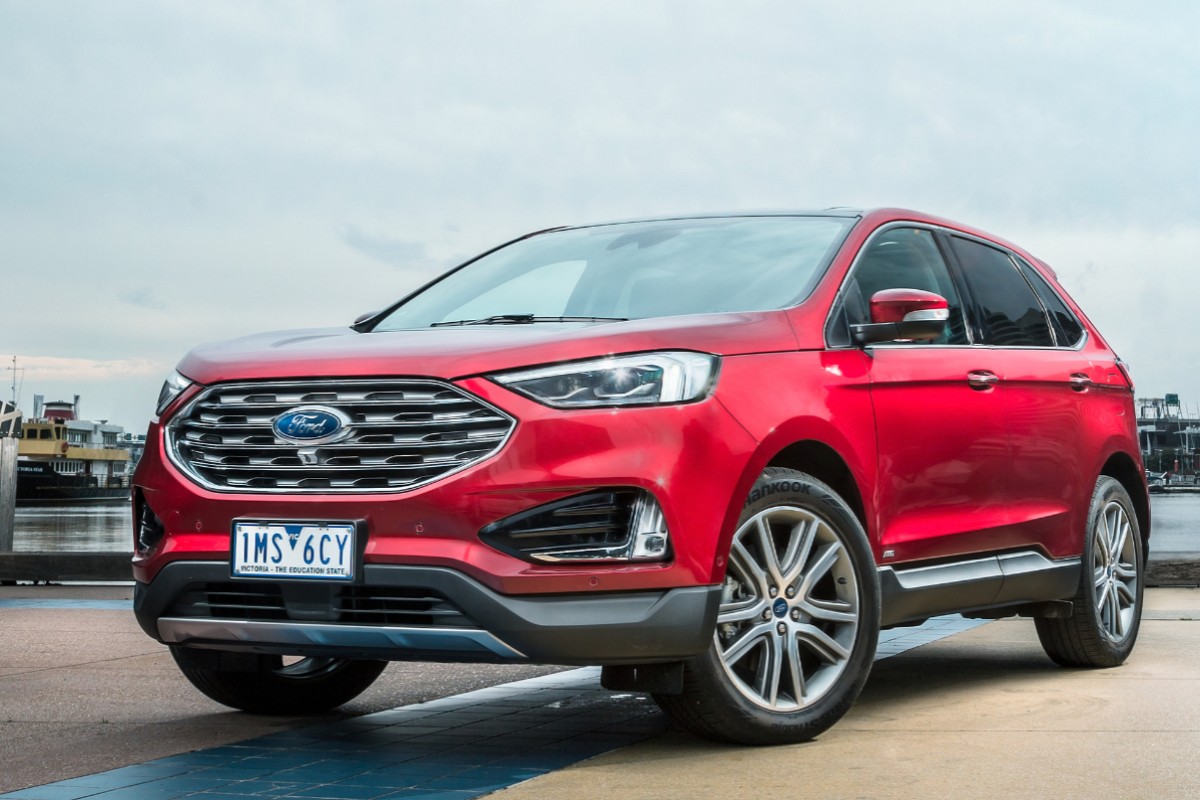 You may well ask? Sounds like some kind of tyre or prophylactic.

Edura, named Edge in other markets, would appear to be a replacement for the fondly remembered (by some) Falcon-based Territory.

It competes in the same segment as Ford’s 7-seat, Ranger-based Everest, but is a softer, more premium focused product that seats only five — at least that’s the reasoning.

In our book the Endura has zero profile and very little market appeal as a result, in a segment that’s dominated by Toyota’s excellent long-serving Prado and Kluger.

That’s not to say there’s anything wrong with the car, it’s actually quite good, but needs to get some runs on the board — to retain its place in the lineup so to speak. 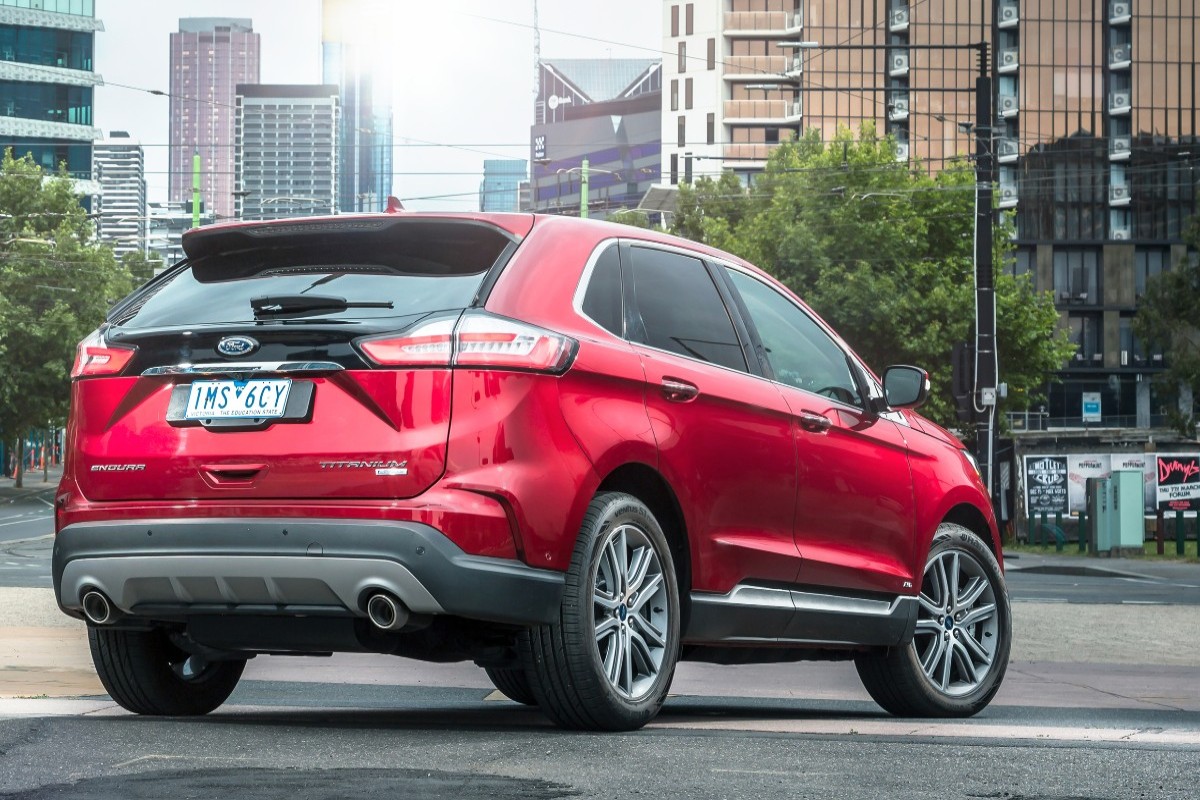 Our top of the line all-wheel drive Titanium with all the bells and whistles retails for $67,990 plus on-roads.

That’s a big ask when you can get a top of the line Kia Sorento or Hyundai Santa for less money, both of which are fairly plush buses in top spec.

It’s also one of the few systems to retain a CD player.

A 12-speaker B&O audio system with 180-degree front-split view camera remains optional — even on top of the line Titanium.

There’s also Traffic Sign Recognition, which works in conjunction with the Adaptive Cruise Control to keep the driver informed of local speed limits, enabling a greater distance to the vehicle in front to reduce the risk of collision.

Granted, Ford has thrown everything but the kitchen sink at this car, but somehow Endura doesn’t quite look or feel the premium part — and the sportier ST-Line with its black grille is more appealing. 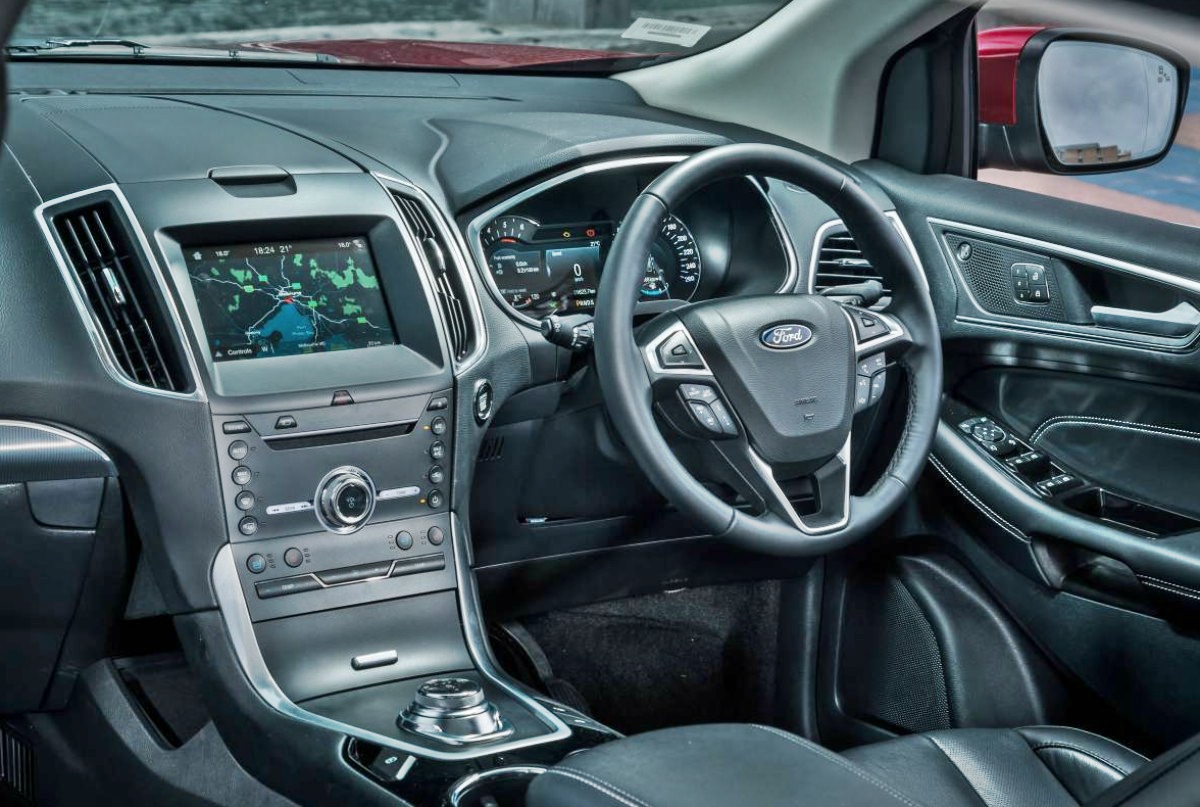 The words big, blunt and boring spring to mind. This is a car in dire need of some personality.

It’s all there but fails to coalesce into something desirable and aspirational, as Ford would have us believe.

In Europe however you can get a more powerful 177kW/500Nm version that we believe would be a better fit with the Aussie appetite for performance.

The diesel is hooked up to a traditional 8-speed auto, with power in this model fed to all four wheels on demand, and a sophisticated torque vectoring system to provide greater control during cornering.

Gear selection is controlled via a console-mounted, rotary-style knob, instead of a traditional gear selector — but it requires a little practice.

Performance is smooth and confident, the brakes are terrific, but the steering and handling are lifeless, with little to offer the enthusiast driver.

Ford has definitely got the edge in the lane keeping assistance stakes, however, with a system that does the job without annoying the crap out of you like some systems with their constant tugging on the wheel.

At the same time the driver’s seat belt in our test vehicle kept cinching up tight, which was both annoying and ultimately uncomfortable, and meant a tussle every time we reached out for something.

Accessing the various settings and info screens offered by the instrument panel is not what we’d call intuitive and requires some trial and error to work it out.

Scrolling through the various settings, you might come across something called AdBlue and wonder what it is all about?

It’s an additive that is mixed with exhaust gases to reduce harmful engine emissions, and has its own separate filler spout right beside the fuel filler.

Most car makes put it in at service time and you don’t need to put it in very often — ours wasn’t due for 2300km.

It has a space saver spare, a tow bar is standard and it has a 2000kg tow capacity. 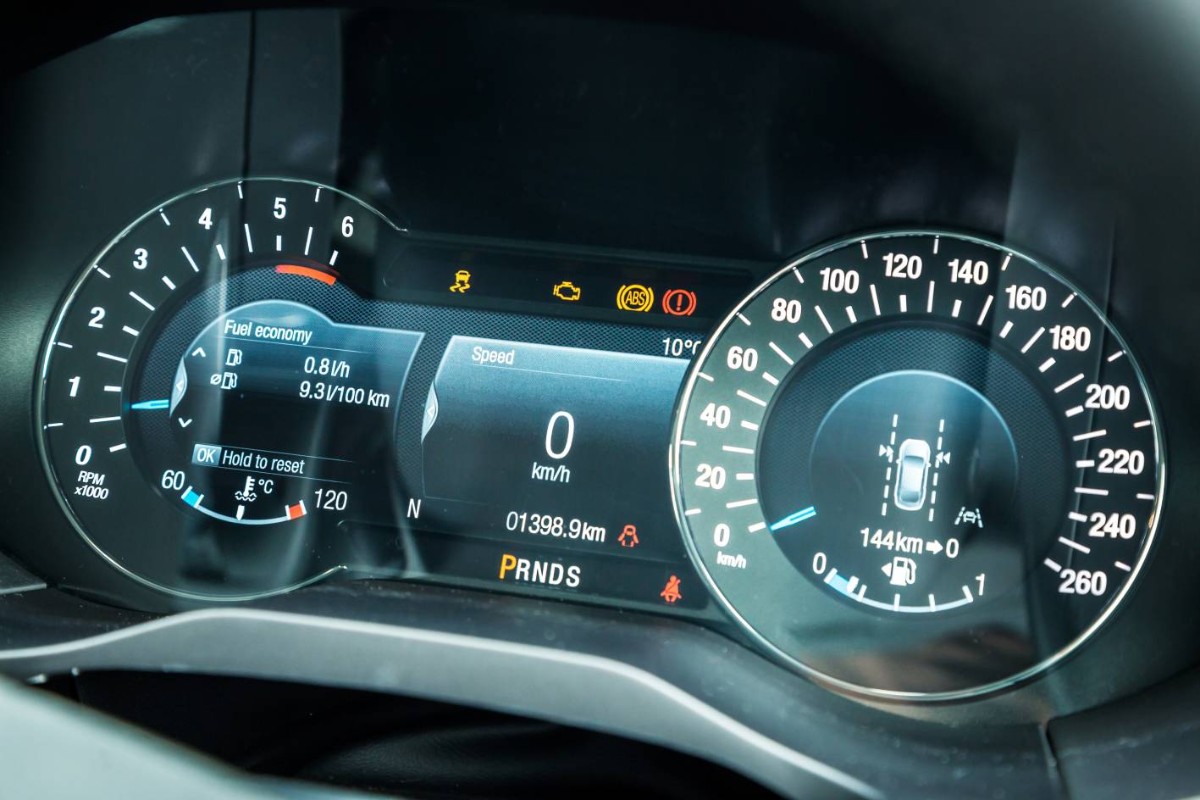 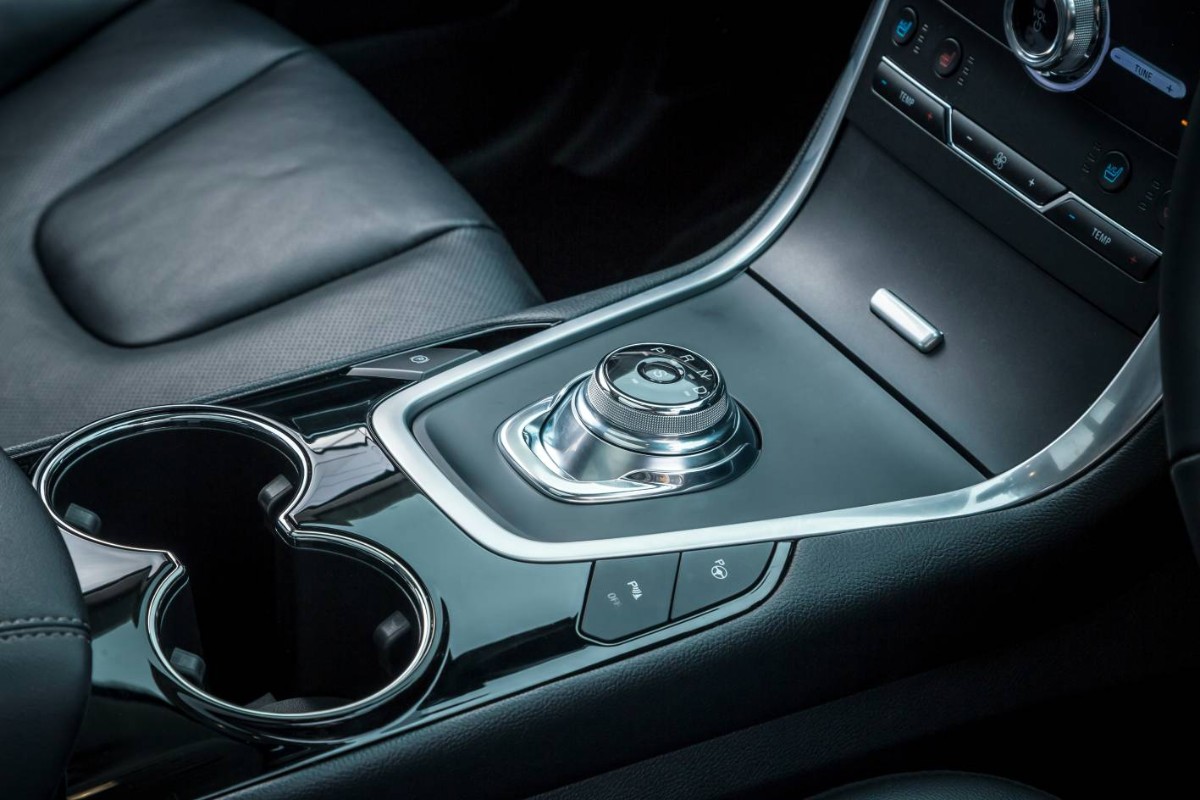 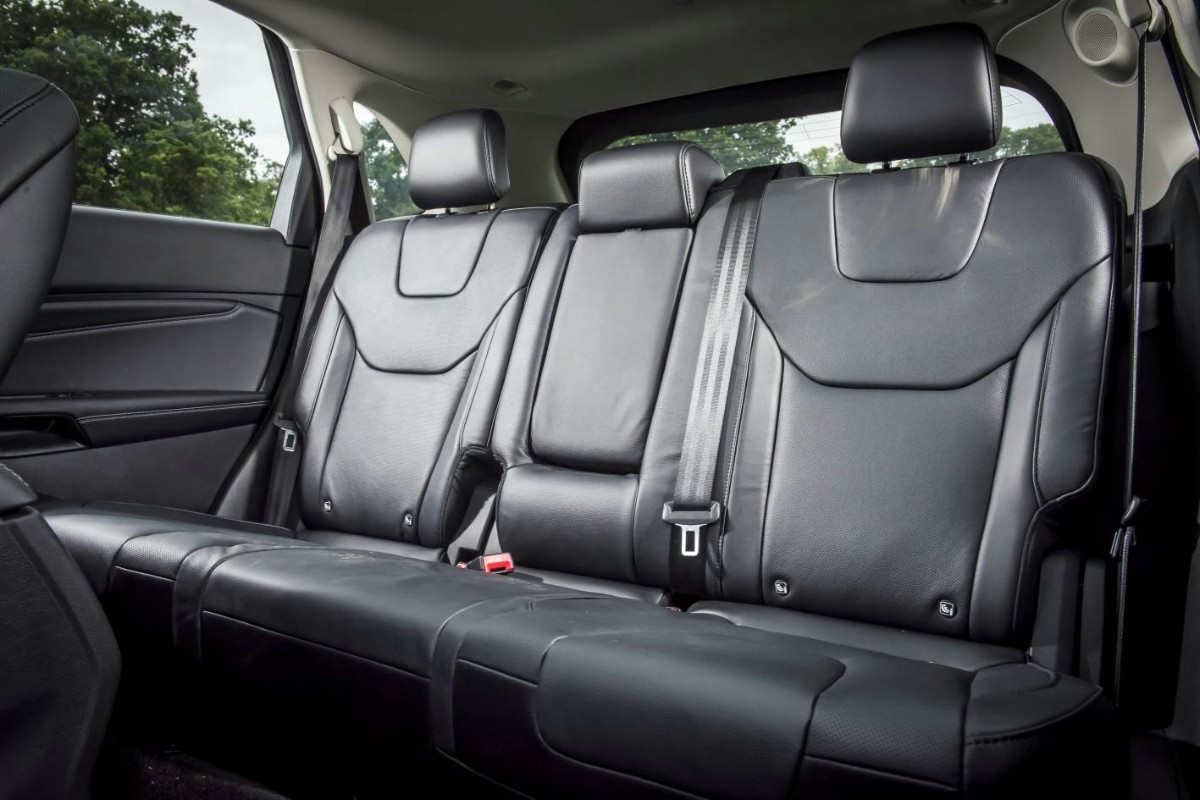 Ford needs to find some character for this car.

At the moment it is just filling a hole in the lineup vacated by the Territory.

Designed and built in North America, it might tempt the American public — but it fails to generate any interest here. 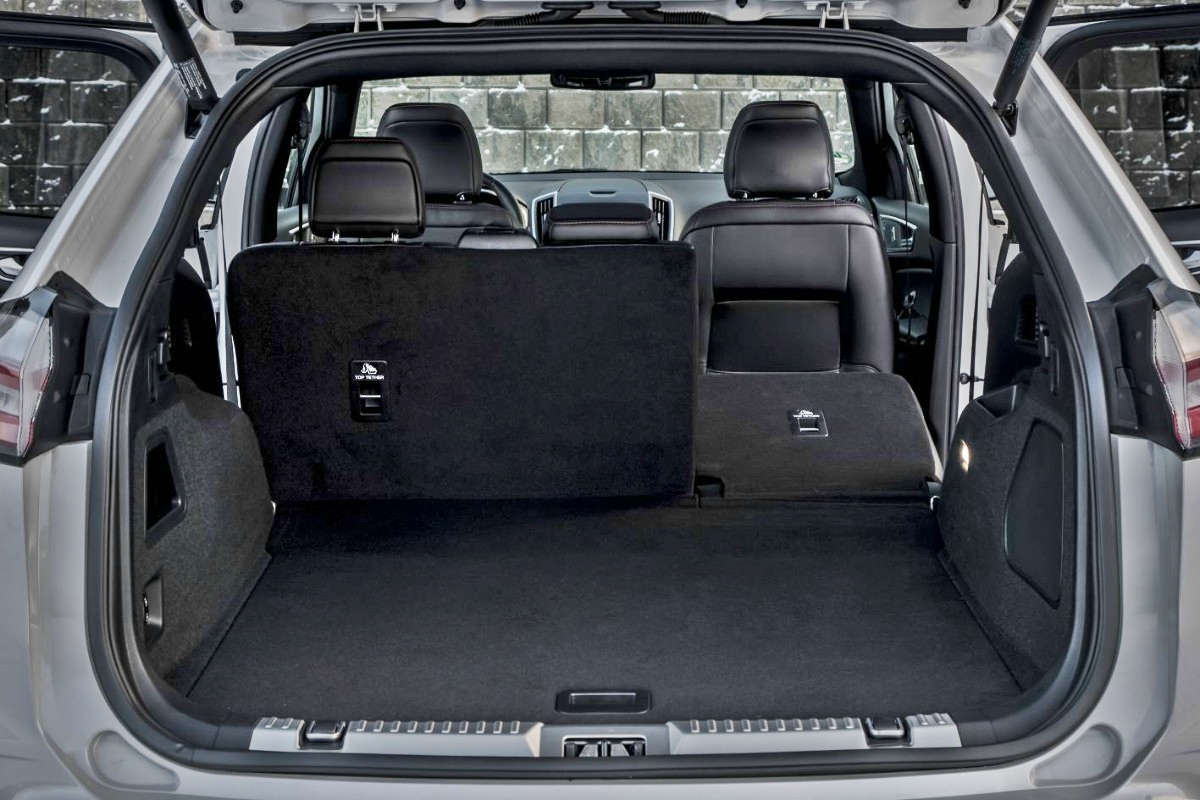 Check out deals on the Ford Endura