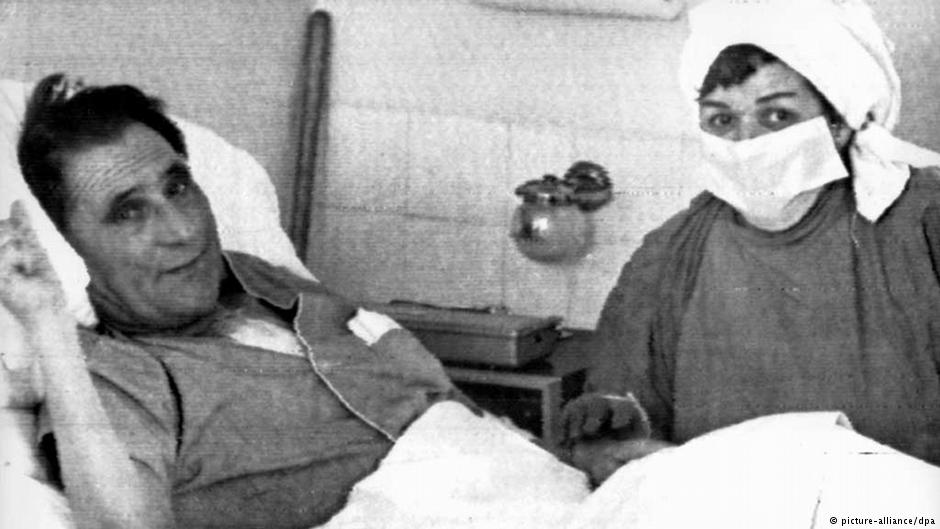 It was 50 years ago today that the first heart transplant operation was performed.

On December 3, 1967, a 53-year-old grocer became the first person to receive the heart of another human being at Groote Schuur Hospital in Cape Town, South Africa.

Lewis Washkansky, who was dying from chronic heart disease, received the heart of a 25-year-old woman who had died as a result of injuries received in a car accident.

Surgeon Christiaan Barnard, who trained at the University of Cape Town as well as in the United States, performed the revolutionary medical procedure.

Because it had never been tried before Washkansky’s wife was worried her husband might take on the personality of the heart donor.

The technique Barnard used was developed by a group of American researchers in the ’50s.

The operation took six hours, with Barnard supported by a team of 30 surgeons, anaesthetists, nurses and technicians.

His brother Marius was one of those who assisted.

Afterwards Washkansky was given a cocktail of drugs to stop his body from rejecting the new heart.

Before the operation swabs were taken from his skin, nose, mouth, throat, and rectum – to discover what antibiotics would be most effective.

The problem was that they left him susceptible to infection of any kind and, 18 days after the operation, he died from double pneumonia.

The operation was hailed as a success however as Washkansky’ had regained consciousness and his new heart had continued to function normally right up until his death.

As the drugs got better, Dr Barnard’s heart transplant patients were living up to five years by the end of the 1970s.

The second operation was performed by Dr Victor Chang after the first heart started to fail due to complications.