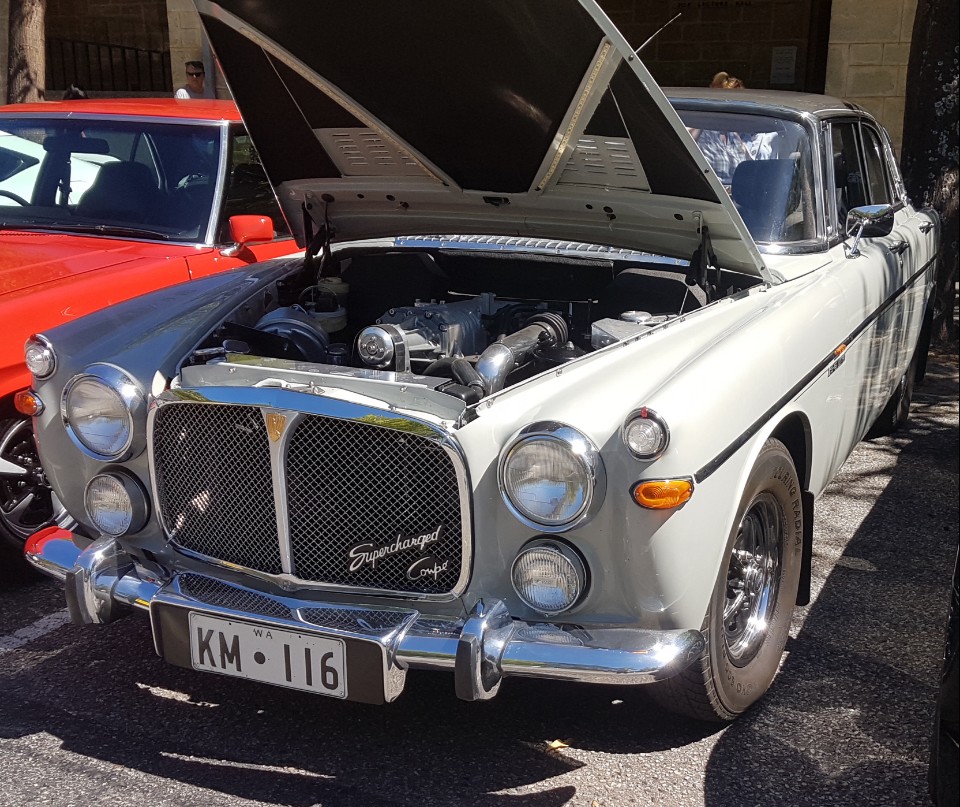 Coffee can’t keep up with cars

WHERE do they all come from?

Perth’s Cars and Coffee scene started with the Porsche Car Club a few years ago, but now welcomes all brands.

It used to be held in various car parks, then organiser Paul Blank secured a scenic car park at the University of Western Australia, opposite the Swan River, which gave the event a secure home.

The 200 grew to 300, the services of a coffee van – a restored Citroen HY that blended splendidly with the cars – was organised, and before long a second van was organised to cope with the ever-growing demand.

Then there was a bumper day last year when more than 400 showed up.

Porsches, Alfas, Datsuns, Fiats, Mercs, BMWs, Volvos, Renaults, a couple of Alpine A110s, Austins, Rovers, Cadillacs, Triumphs, MGs, Jaguars, NSU, Morgan, you name it, came out of dusty garages to be admired by the fans appreciative of an earlier era of motoring.

The fans themselves were an interesting mix, with many famous personalities attending, among them Singapore’s 1970s/80s racing hero Sonny Rajah, collector and racer Peter Briggs, Ross Zampatti, Matthew Telling, the Shephards of Jaguar fame, several Targa stars and others connected via motorsport or car collections.

Pretty soon it was a case of getting there 30 minutes early if you wanted to get a good spot to park your classic car — or to get a coffee without having to wait in a long queue.

“There were definitely over 600 cars in attendance, probably about 650,” a stunned Paul Blank said.

“It was the biggest yet.”

He’d expected a decent turnout, and a third coffee van had been organised, but that, too, had at least 20 people waiting at any one time.

The main parking area soon overflowed and about 200 of the exotics were arranged down an adjoining area, forming a giant L-shaped display.

Among the more unusual was a tres bon 1924 Amilcar, one of the lovely Hino Contessas built in New Zealand, a 3.5-litre Rover Coupe (with a big supercharger under its ample bonnet), a rare Y-Type MG, a Citroen Decapotable, a very attractive Mazda RX-3 and an Austin-Healey 100-4.

Two cars on show were replicas linked to Monte Carlo Rally winners: a Mini Cooper (as driven by Paddy Hopkirk) in 1964 and a Lancia Fulvia (driven by Sandro Munari) in 1972. Pity they were parked at opposite ends of the venue, but such was the volume of machinery.

It was a great day. And no, for the first time, I didn’t get anywhere near a coffee van.