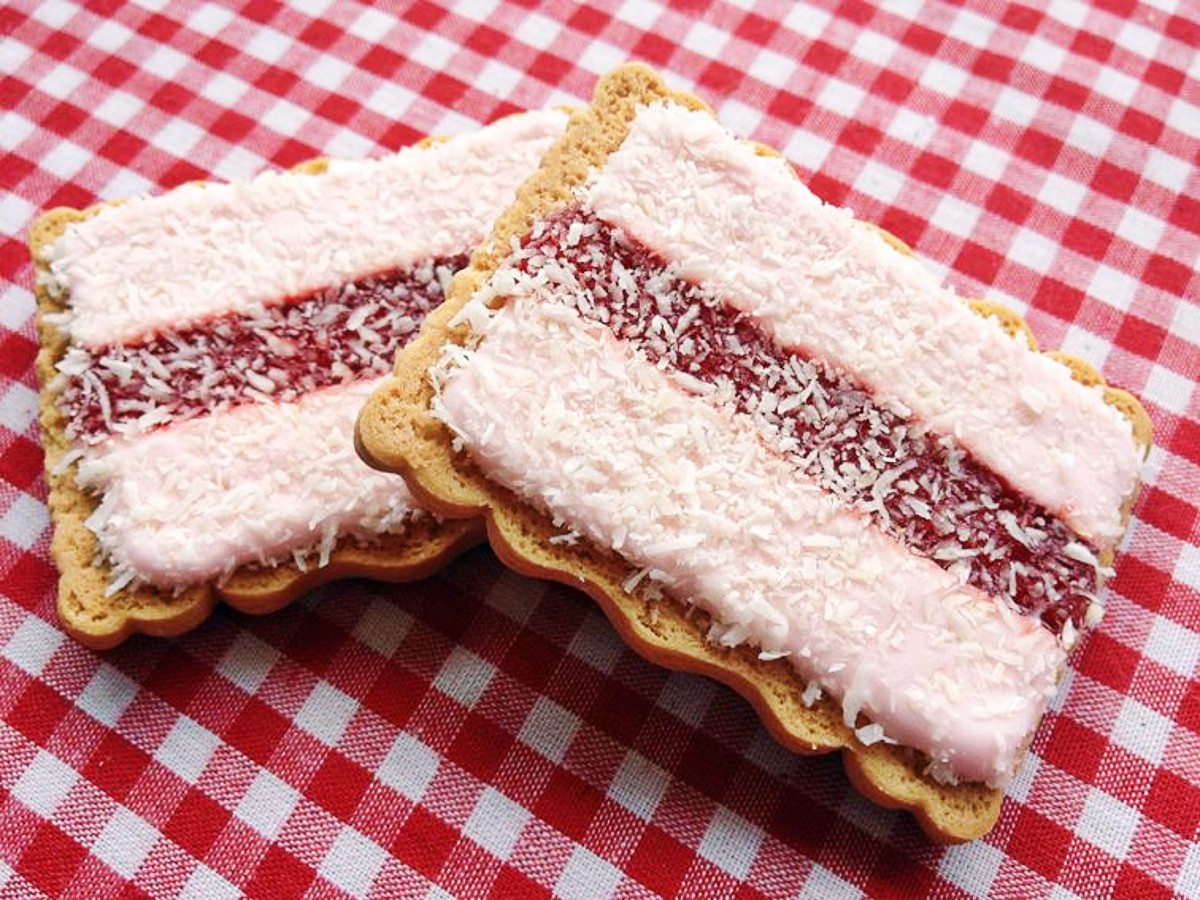 The Iced VoVo is an Australian icon and right up there with the likes of Vegemite and Aeroplane Jelly.

Of course Arnott’s which makes the biscuit is no longer Australian owned, but we’ll let that one slide for the moment.

The company traces its roots back to 1847, when Scottish immigrant William Arnott opened a bakery in Morpeth, NSW — a suburb of Maitland in the Hunter.

The Iced VoVo was launched in 1906 and is described by Arnott’s as a treasured biscuit favourite, topped with pink fondant, a strip of jammy raspberry filling and a sprinkling of coconut (strawberry might have been better).

Here’s something you might not know about Iced VoVos.

On November 24, 2007, then Australian Prime Minister, Kevin Rudd, made a light-hearted quip about Iced VoVos in his election victory speech.

He jokingly urged his team to have a strong cup of tea with an Iced VoVo before getting to work.

Sales of Iced VoVos reportedly went through the roof, prompting Arnott’s to send a pallet of the biscuits to the Prime Minister’s office in Canberra.

While in 1997, Arnott’s was the target of an extortion bid by a 72-year-old Queensland woman Joy Thomas, who threatened to poison packets of Monte Carlo biscuits in South Australia and Victoria.

But back to the Iced VoVo.

The Irish have a similar product called Mikado, that has been sold in Ireland by Jacob’s since 1888 — but it has pink marshmallow instead of pink fondant.

The Krispy Kreme doughnut chain got into strife a few years ago when it started selling “Iced Dough-Vo” doughnuts – the names were a little too similar.

I remember eating a whole pack of these once upon a time and being violently ill — or was it Honey Jumbles?

In case you didn’t know, Arnott’s released the recipe for Iced VoVos last year (so people could make them at home during lockdown perhaps)?

CHECKOUT: Elvis light on his feet