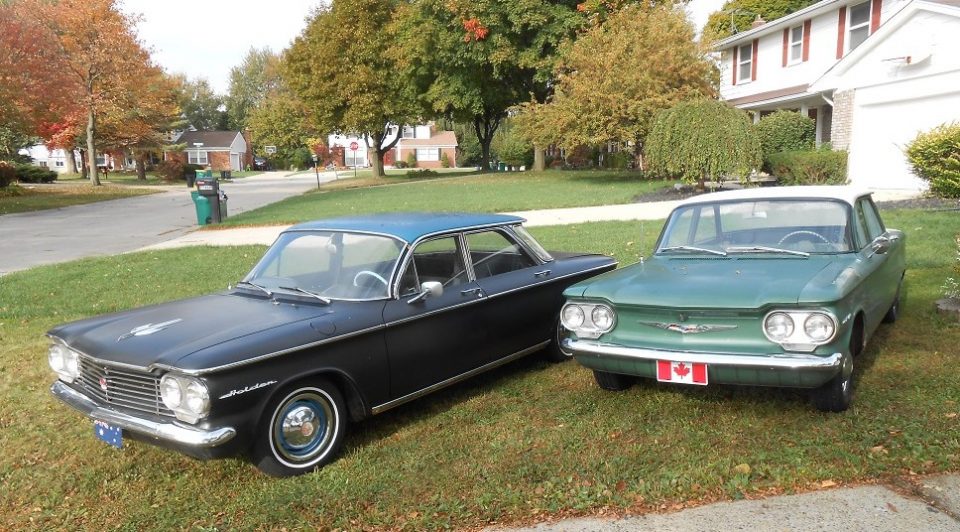 Believe it or not there was once a rear-engined Holden and for the doubters here is the photographic evidence.

It’s a Holden all right because the badges say so and the hubcaps have the red lion logo. So what is this car?

Well, the Australian insignias were only really used to disguise this car’s true identity and destiny — it was of course the controversial Chevrolet Corvair.

In 1957, Ed Cole, the Head of Chevrolet, wanted to keep his new rear-engined car as secret as possible from the media and the competition.

To throw everyone off the scent, even those within General Motors (GM), he decided to disguise the project as a development program for Holden in Australia.

Cole went to great lengths to establish the “Holden” deception.

He even went to the trouble of using Holden stationery, letterheads and forms with Holden logos on them for all of the paperwork.

Components developed for the project carried Holden part numbers. Even the styling of the Corvair was done in the international styling studio at GM headquarters, not in the Chevrolet studio.

The first running prototype was tested at GM’s Arizona track in the northern spring of 1958.
Still badged as a Holden it used the FE and FC chrome work and side `sweep spears’. A Holden steering wheel and hub caps completed the disguise.

The Vauxhall name was also used to camouflage the Corvair, with a lengthened Vauxhall Victor, with the Corvair engine stuffed in the boot, being used as a second test mule.

We all know the story of the Corvair and its rear suspension, the inadequacies of which led Ralph Nader to write his only memorable book, Unsafe at Any Speed.

But what is less known is that despite all of the media attention Chevrolet still managed to sell 1.8 million Corvairs during its nine year production.

Not a bad effort for a car that is supposed to be a failure.

The Corvair styling also influenced others across the world.

Designed by Ned Nickles and Carl Renner it was the high and definitive beltline that was the inspiration for many cars in the 1960s, including the Fiat 1300/1500, NSU, Mazda 800, BMW 1600/2002, the French built Panhard and the Hillman Imp.

Today, Corvairs are gaining more attention as classic car collectors search for something beyond a Mustang or 1955-57 Chevrolet.

First car to have MacPherson struts

The hot items are the 1962 two-door Monza Spyder coupes and convertibles with turbochargers.

In Australia, Corvairs have a small but dedicated following, but it is estimated there are less than 20 in the country.

CHECKOUT: It’s the mother of all Holden auctions