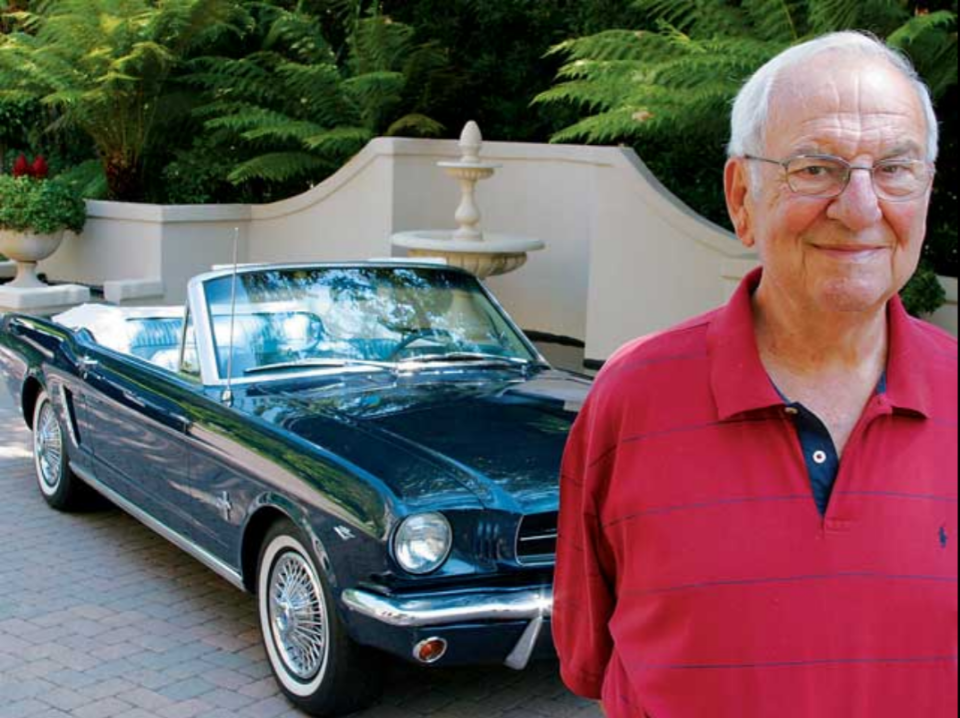 Father of the Ford Mustang and saviour of Chrysler, Lee Iacocca, has died at the age of 94.

Iacocca enjoyed a stellar career in the global automobile industry and he is forever known as the “father” of the Ford Mustang, the guy who was fired by Henry Ford II in 1978, the tough negotiator who saved Chrysler in the early 1980s, the man who brought the mini-van to millions of families and, finally, popularised the SUV.

He is the only executive in recent times to be the boss of two of the “Big Three” American automakers.

He was born Lido Anthony Iacocca in Allentown, Pennsylvania on October, 15, 1924. His father owned a movie theatre, a hot-dog stand and a small car-rental business.

Iaccoca’s rise meteoritic through Ford’s management ranks is well known. He graduated from Lehigh University in 1944 and obtained a master’s degree in engineering at Princeton. He joined Ford as an engineering trainee in 1946 but quickly asked to be transferred to sales.

In his 1984 autobiography, Iacocca, he said that he inherited his sales and  promotional instincts from his father.

His clever sales promotion for Ford’s 1956 models — 56 for $56 — got the attention of Robert McNamara, then head of the company’s Ford Division. McNamara enticed Iacocca to Ford’s headquarters in Dearborn, Michigan.

Working for McNamara he gained the coaching necessary to manage meetings, spot trends, influence other senior managers and harness the often competing areas of finance, manufacturing, marketing and sales and convince them to do what he wanted them to do.

“McNamara was a terrific guy. I was lucky,” he told author Richard Johnson for his book Six Men Who built the Modern Auto Industry. “It was one of those things that happen in life — to run into mentors early and have them change your head.”

In 1960 when McNamara was asked to become President Kennedy’s Secretary of Defence he recommended that Iacocca become a vice president of Ford. He was just 36.

The rest of story is punctuated with success after success including the 1964 Mustang, 1968 Lincoln Mark III and 1969 Maverick.

He was appointed President of Ford globally in 1970, reporting only to chairman, Henry Ford II.

But it all ended in July 1978 when Iaccoca was sensationally fired by Henry Ford II. Iaccoca wrote in his autobiography that Ford’s reason for the dismissal was that he just did not like him.

Within days Iacocca was offered the job of saving Chrysler, which was a basket case at the time. The company was losing millions, had little or no credit, made cars that no one wanted to buy and was losing market share. Banks would not lend it money. The end was approaching.

So he did what he had learned to do at Ford when times got tough. Manufacturing plants were closed down. The workforce was halved. He forced the unions to accept deep concessions. He sold assets to raise cash.

But it was never going to be enough to save Chrysler. He needed $US250million each week just to pay employees and suppliers. He needed even more money  to invest in a new generation of front wheel drive fuel efficient cars. There was every chance Chrysler would fail.

With the help of the Speaker of the US House of Congress, Tip O’Neil, Iacocca and his team created a war room with a map of every congressional district and identified every employee of Chrysler, its dealers and suppliers who would be impacted if Chrysler went under. In Michigan alone 100,000 would be unemployed.

The map made it all too real for the politicians and motivated the US Congress and President Jimmy Carter to sign a loan guarantee which enabled Chrysler to go back to the banks and borrow the money it needed to survive.

The money was used to develop the fuel efficient K-cars, the Plymouth Reliant and Dodge Aries.

He fronted the company’s TV commercials: “If you can find a better car, buy it,” he dared new car buyers.

Within three years Chrysler was operating profitably and with that money he oversaw the development the next fundamental shift in the world’s approach to cars: the mini van.

The mini van, which he’d also championed at Ford but could not convince Henry Ford II of its merits, was a breakthrough reinvention of the family sedan and its impact is still being felt in the 21st Century.

Iacocca’s saving of Chrysler elevated him to a folk hero in the USA. There was even talk of him running for President.

Iacocca’s final contribution to the automotive world was to recognise the lure of the SUV to those living in the vast suburban sprawl that America had become.

What he saw were urbanised families looking to escape the confines of the mini van (how ironic!) and aging baby boomers who yearned for the freedom of the 1960s once more.

He saw that they wanted a “getaway” car — if not in reality, then certainly in the mind.

He had Chrysler buy American Motors in 1987 just to get his hands the Jeep Wagoneer and its yet-to-be released successor, the XJ Cherokee.

Upon release the XJ Cherokee and its luxury sibling, the Grand Cherokee, were immediate successes.

Ford and GM saw what was happening and by 1992 the great SUV wars had begun. And then every auto maker in the world joined in. It was Lee Iacocca’s last great gift.

He retired from Chrysler in December 1992.

CHECKOUT: Simple ideas the best ones