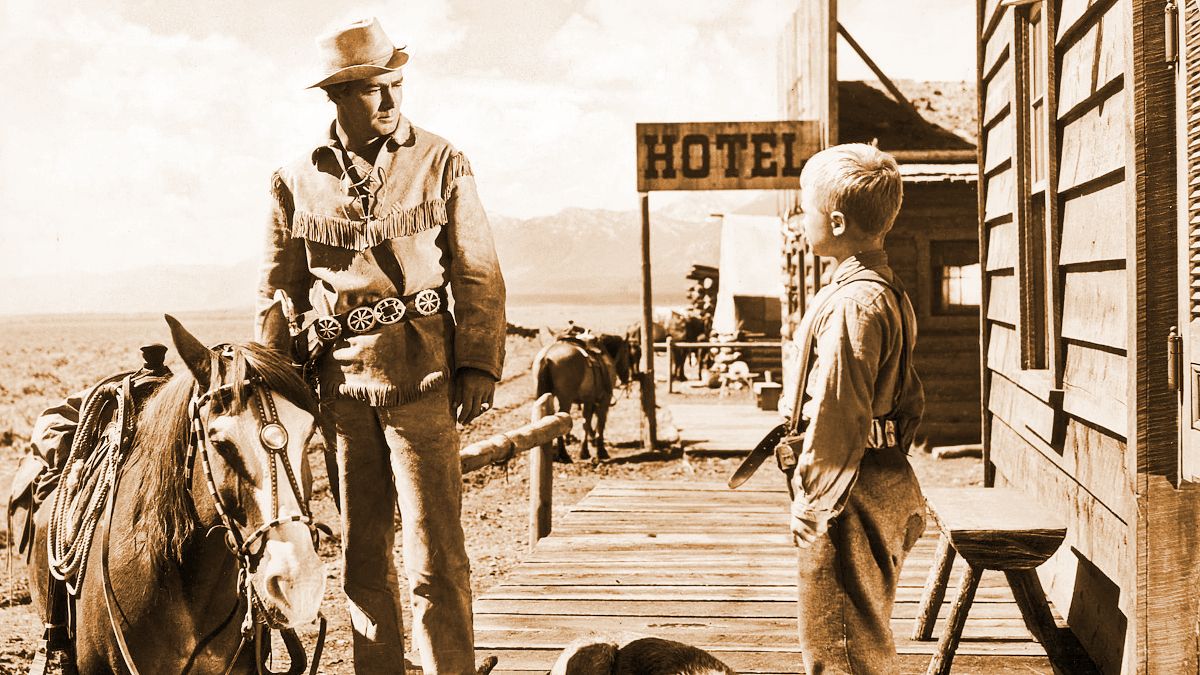 Home
Time out
Watch it
What’s the greatest western ever?

That’s a good question and everyone seems to have a different answer.

For me, it’s the classic 1953 movie Shane which starred Alan Ladd.

Shane is a gunfighter running from an undisclosed past who rides into an isolated Wyoming valley sometime after the Civil War.

Hanging up his gun and fancy frontier clothes, and putting his past behind him, he is hired as a farmhand by rancher Joe Starrett, who shares a homestead with his wife, Marian and their young son, Joey.

Starrett tells Shane that the valley’s settlers are being intimidated by a ruthless cattle baron named Rufus Ryker who wants them to leave.

Though they have a legal right to the land, he hires henchmen to harass them and run them off.

When one of Ryker’s men pours a drink over him, Shane initially turns the other cheek.

Joey wants to know why he didn’t fight back, but the quietly spoken Shane shrugs off the question.

Things come to a head however when Ryker hires a notorious gunfighter named Jack Wilson.

The two know of each other and Shane is forced to strap on his gun and ride into town for the final showdown.

Only one will walk away.

Shane was produced and directed by George Stevens from a screenplay by A. B. Guthrie Jr. and is based on the 1949 novel of the same name by Jack Schaefer.

Shane is available to rent on Apple TV.

I’m also rather partial to the 1993 blockbuster Tombstone, a retelling of the Wyatt Earp saga and famous shootout at the OK Corral.

Think of it as the equivalent of our Ned Kelly bushranger legend and the siege at Glenrowan.

Lookout for Val Kilmer too, who turns in an unforgettable performance as the pallid, ailing Doc Holliday who’d rather go down fighting than succumb to TB.

The tense, final shootout is one of the most anticipated, exciting emotionally-charged scenes ever filmed.

Tombstone is available to stream on Disney+ or rent from Apple TV.

Clint Eastwood’s Academy award-winning 1992 Unforgiven is right up there.

Retired gunslinger William Munny reluctantly takes on one last job, with the help of his old partner Ned Logan and a brash but inexperienced young gunman known as the “Schofield Kid.”

The action takes place in 1880s Wyoming’s dangerous town of Big Whiskey where the disfigured whore is seeking retribution.

In fact, Unforgiven was selected in the United States by the National Film Registry for preservation by the Library of Congress as “culturally, historically, or aesthetically significant”.

Unforgiven is available to rent on Apple TV.

Who could forget the rollicking 1985 Silverado.

Two brothers and their friends band together to take on a gang of bad guys who run the city of Silverado.

It’s fairly long at 134 minutes, but the time flies with a great cast and intriguing story line.

It was produced and directed by Lawrence Kasdan, as well as being written by Kasdan and his brother Mark.

Kline is a standout as the snappy dresser “Paden”, Glenn is always watchable and Costner so young he can’t be more than a teenager.

Silverado is available to rent on Apple TV.

It was co-written and directed by Michael Mann and was based on James Fenimore Cooper‘s 1826 novel The Last of the Mohicans: A Narrative of 1757 and George B. Seitz‘s 1936 film adaptation, owing more to the film than the novel.

The last members of a dying Native American tribe, the Mohicans — Uncas, his father Chingachgook, and his adopted half-white brother Hawkeye — live in peace alongside British colonists.

But when the daughters of a British colonel are kidnapped by a traitorous scout, Hawkeye and Uncas must rescue them in the crossfire of a gruesome military conflict of which they wanted no part: the French and Indian War.

The Last of the Mohicans is available to rent on Apple TV.

Jeremiah Johnson is about a mountain man who wishes to live the life of a hermit becomes the unwilling object of a long vendetta by the Crow tribe and proves to be a match for their warriors in single combat on the early frontier.

Directed by Sydney Pollack it stars Robert Redford as the title character and Will Geer as “Bear Claw” Chris Lapp.

It is based partly on the life of the legendary mountain man John Jeremiah Johnson, recounted in Raymond Thorp and Robert Bunker’s book Crow Killer: The Saga of Liver-Eating Johnson and Vardis Fisher‘s novel Mountain Man.

Jeremiah Johnson is available to rent on Apple TV.

CHECKOUT: The Mauritanian: Guantanamo and beyond

CHECKOUT: Them: Not just scary, but frightening

Like me, particular westerns seem to resonate for different reasons — but some seem to standout!