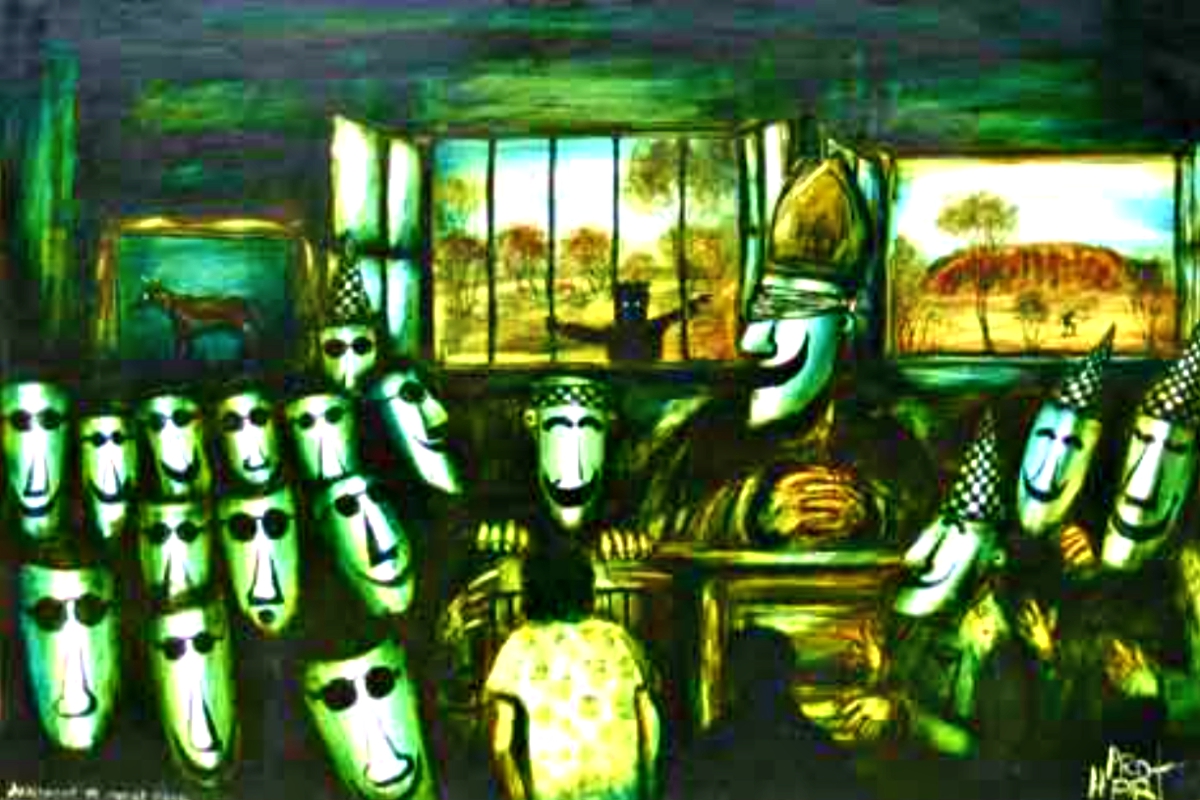 We hit the road to Broken Hill — Day 6

It’s hot, at least 40 degrees by lunchtime, but we head out to see the sights anyway, with a half-day guided tour to get the lie of the land.

Our tour guide Clark Barrett, an artist and former school teacher, came from the US to Australia in 1974.

He accepted a teaching position here to earn brownie points with the Education Department, but decided to stay on.

Now retired, he has an avid and obvious interest in the area and can talk authoritatively about the history of the mines and Broken Hill in general.

As we drive around the city Line of Lode Lookout and the Miners Memorial form a dramatic backdrop, standing in stark profile above the town.

More than 800 miners have lost their lives since they started mining silver, lead and zinc here back in the 1880s.

This is one of the most highly unionised towns in the entire country and was run for many years by Joe Keenan.

Two Afghan men, pushing an ice-cream cart, hoisted a Turkish Flag and fired upon a trainload of people who headed to a New Years Day picnic.

They killed four and wounded six, before they were killed by a group of policemen and soldiers.

The German Club was later burned to the ground.

Three hours later, we’re in information overload and wondering if the three days we’ve allocated to Broken Hill may in fact not be enough.

There’s so much to see and do, so many photo opportunities. Silver City is a must for your bucket list.

After lunch we head out again to White’s Mining Museum, run by Keven ‘Bushy’ White, who creates paintings from photographs using glue and crushed minerals to create a unique effect.

Later we head over to the Pro Hart Gallery where many of the local legend’s artworks are on display.

What a talent, what a larger than life figure and what a sense of humour Mr Hart had.

Broken Hill is also home to many BIG things — the BIG ANT, BIG BUS SEAT, THE WORKERS,  and the BIG CERRUSITE CRYSTAL.

The ant and workers are also the work of Pro Hart.

In the evening we head out of town for Outback Astronomy, with Linda and Travis Nadge.

Imagine a darkened backyard, filled with with banana chairs, a couple of heavy duty telescopes and sizeable binoculars for visitors.