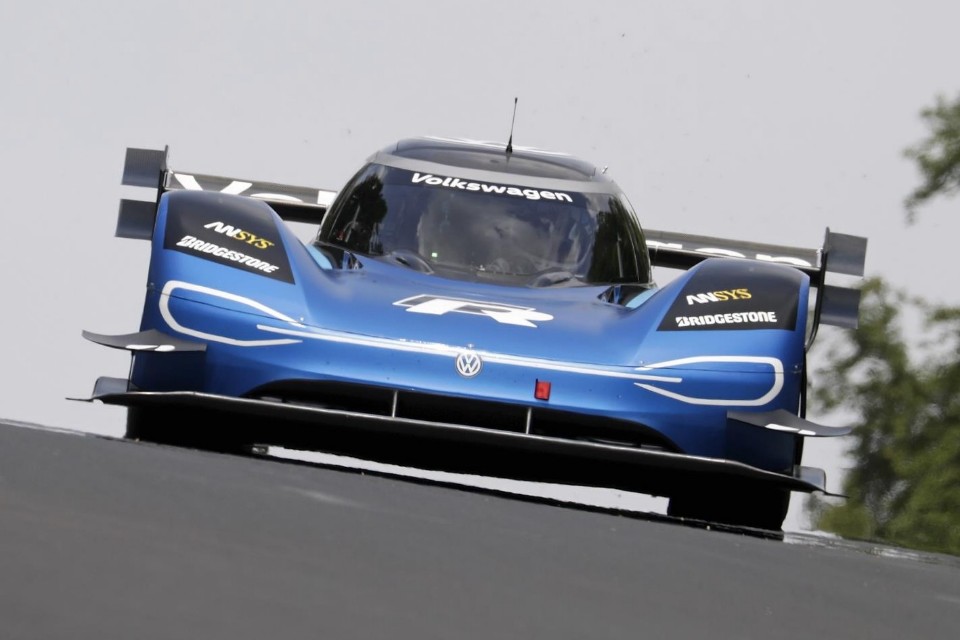 Volkswagen’s all conquering ID R electric race car has claimed the record for the fastest “electric” lap of Germany’s Nurburgring.

The previous record was set by Britain’s Peter Dumbreck in a Chinese NIO EP9.

Romain Dumas is a four-time winner of the 24-hour race at the Nürburgring.

“To be a record-holder on the Nordschleife makes me unbelievably proud,” he said.

“For me, this is the best and most difficult race track in the world. I want to thank the team at Volkswagen Motorsport, who have once again done a fantastic job.

“The ID R was perfectly prepared for the Nordschleife and it was so much fun to experience the blistering acceleration and rapid cornering speeds.”

In the last 12 months, Volkswagen Motorsport has set three track records with the ID R.

On June 24, 2018, Romain Dumas achieved the fastest time ever for any vehicle — electric or non-electric — with a record 7:57.148 minutes at the renowned Pikes Peak International Hill Climb in the United States.

Three weeks later, he achieved a new best time for electric cars of 43.86 seconds at the Goodwood Festival of Speed in England

To prepare for the Nürburgring Nordschleife challenge, Volkswagen Motorsport gave the ID R a complete makeover.

“For this evolved version of the ID R, the aerodynamic configuration was more strongly adapted to the highest possible speed, rather than maximum downforce,” Technical Director, François-Xavier Demaison, said.

“With extensive test laps in the simulator and on the race track, we adapted the ID.R to the unique conditions of the Nordschleife, focussing mainly on chassis tuning, energy management and optimal choice of tyres for the record attempt.”