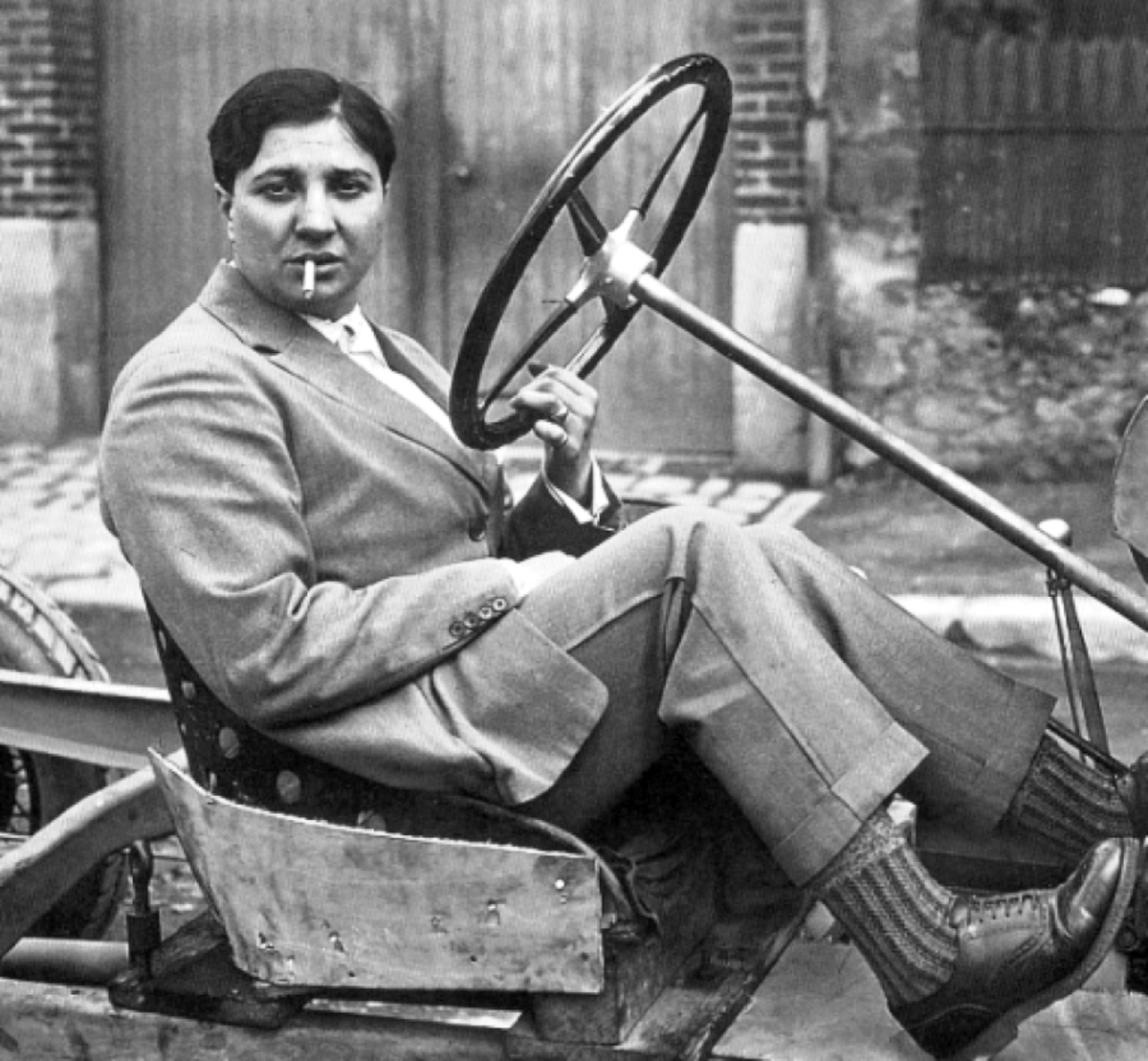 In the second of our four-part series about Frenchwoman and all-round sports star Violette Morris we find she was certainly a force to be reckoned with.

In 1923, she drove the same Benjamin in a race from Paris to Nice, where she not only won her class but also the team cup, the women’s cup, and the President of the Republic’s cup.

Looking to further enhance her success, she divorced her husband, started working on her physique – and became somewhat more male than female oriented.

Which is where the trouble started.

Nor was she big on etiquette.

She had a foul mouth, smoked and constantly wore trousers.

Her motto: “Anything a man can do, Violette can do.”

She prized her muscles and her rather masculine figure, even going to the extent of having her large breasts removed, claiming they ‘got in the way’ of her activities.

She had her hair cut short, wore male-style three-piece suits, smoked quite heavily and wasn’t afraid to use her fists to make a point.

Many reports claim was a French national boxing champ in 1923, without specifying in which weight division, and played some 200 professional matches for French Women’s Football league teams.

However, as much as she was loved by some for her unconventional lifestyle of the time, the French government had a law dating back to Napoleonic days which prohibited women from wearing pants.

There was also a new government body, the Fédération Française Sportive Féminine (FFSF), which essentially served to portray sport as a way for girls to be become healthier, more fertile and, in the wake of considerable loss of life in WWI — to have more children.

So Violette and the FFSF were not on the best of terms, the latter frowning on the sports star’s behaviour.

She was soon publicly known to be bisexual and was a frequent visitor at the Parisian lesbian nightclub, Le Monocle.

By 1928, the organisation could no longer turn a blind eye to Violette’s manly dress and carryings on — and banned her from all sports, motor racing included.

As her status faded, the enraged Violette sued the FFSF, but, to her chagrin, the French lawmakers upheld the ban.

“Look around and see what do you see?” Violette countered.

“See the women with their knees crossed and then ask yourself which is the more immodest: their scanty dresses or my pants?”

So the once feted multi-medalled darling of the sports world was suddenly shunned by the French media and the nation at large.

It was an appropriate time for a German fraulein she’d met in Europe to approach the disgruntled French ace.

Gertrude Hannecker was a journalist who’d competed against Violette on the racing circuits – and later became a recruiting officer for the Nazi Secret Service.

Gertrude had sensed Violette’s anger at being backstabbed by her own nation, and before long, converted her to the Nazi cause.

More on Violette in the third of our four-part series to come . . .