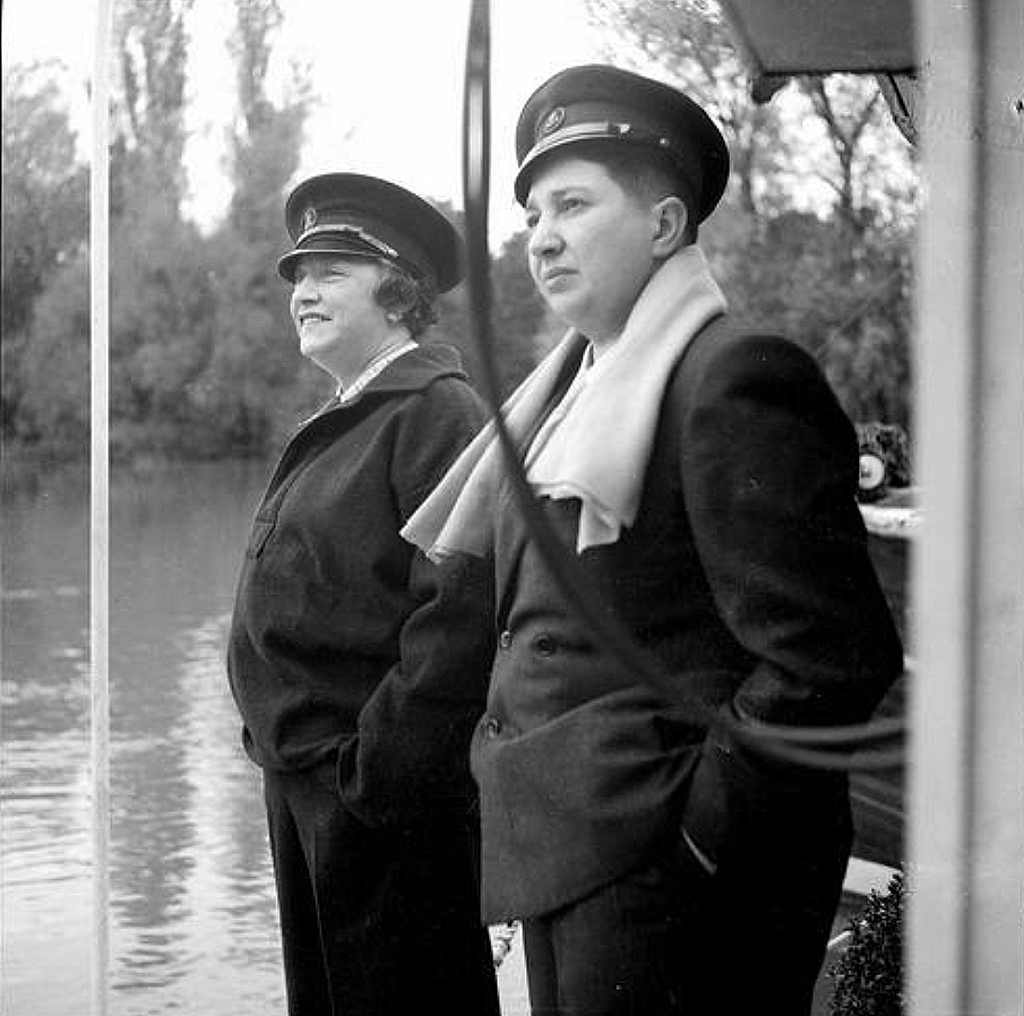 In January 1933 she moved into a houseboat, La Mouette (the Seagull) which was moored on the Seine at Neuilly close to the Bois de Boulogne.
Wheel life
2 min read

Frenchwoman Violette Morris was larger than life. Masculine, foul-mouthed and world-class at sports and motor racing, we discover in the third of our four-part series that she is accused of helping the Nazizs during the Second World War.

None other than Adolf Hitler invited her to be his guest at the 1936 Berlin Olympics, where she was awarded with a medal to recognise her past sporting achievements that France had chosen to ignore.

So she became an undercover agent for the Nazis, betraying French secrets like the design of the Maginot Line, strategic military locations within Paris and even the plans for France’s advanced Renault-Somua S35 tank.

She still lived in Paris because the French government hadn’t quite caught on to her.

When Paris fell to the Germans in 1940, Violette was based in the Gestapo headquarters in Rue Lauriston, where the French Gestapo, the Carlingue, in 1942 put her in charge of dismantling French resistance efforts.

She was really good at that, not afraid of brutal interrogation techniques, weaponry, or seduction to get what she wanted.

She might have avoided detection by the French military, but English Intelligence had cottoned on to her since the late 1930s.

She had met William Grover-Williams, Robert Benoist and Jean-Pierre Wimille on the racing circuits when the trio drove Bugattis in grands prix.

Grover-Williams had fled to England when Germany invaded France in 1940 and his fluency in English and French led to him being snapped up by British Intelligence.

She was given a commission in the newly-launched Special Operations Executive, or SOE, a secret British World War II organisation.

It’s purpose was to conduct espionage, sabotage and reconnaissance in occupied Europe and to aid local resistance movements.

Grover-Williams was posted to France, where he organised and coordinated the Chestnut network.

Robert Benoist also fled to England, where his chum, Grover-Williams recruited him into the SOE.

Benoist was commissioned as a Temporary Captain in the British Army and then joined the secret organisation, and soon after their other Bugatti teammate Jean-Pierre Wimille, joined them at SOE.

Benoist and Wimille were both in the French Air Force and both were in the Paris Resistance before joining the SOE.

All had impressive racing careers.

Gene put bite on producers to use Piranha

Benoit’s achievements included the 1927 French, Spanish, Italian and British Grands Prix in a Delage before he joined the Bugatti team with more successes. Just before WWII he had risen to run the company’s racing department.

In 1934 he won the Algerian Grand Prix in Algiers and in January 1936 he finished second to Mario Mazzacurati in the South African Grand Prix, then won the French Grand Prix in his home country.

That same year he won the Deauville Grand Prix, held on the city’s streets. and ran second to Tazio Nuvolari in the Vanderbilt Cup in New York.